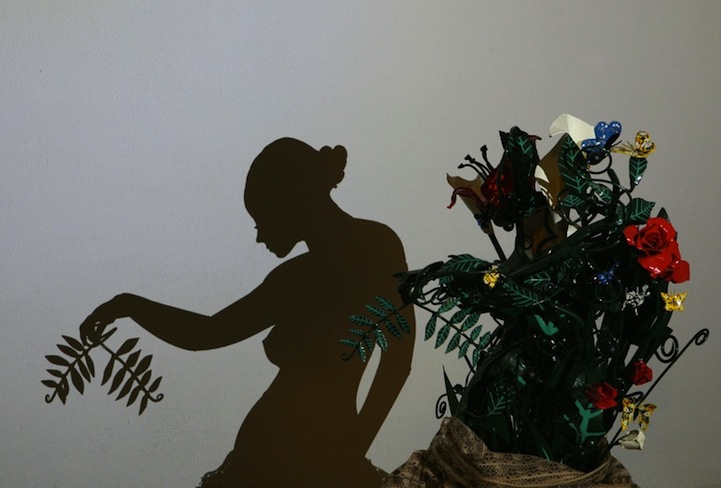 At first glance, Greek artist Tedosio Sectio Aurea's iron sculptures might seem pretty ordinary. However, when lit from the precise angle, the sculptures spring to life with shadows that reveal a whole new form. Above, a bouquet of colorful metal flowers casts a shadow of a woman holding leaves, while another sculpture features an interconnected set of 350 small, metallic balls that casts a shadow of Leonardo Da Vinci's famous sketch Viturvian Man.

The intention of Auera's work is to philosophically connect it to its original source material. He believes that Da Vinci's Viturvian Man is a symbol of the symmetry of the human body. To illustrate this concept, Auera chose to replicate DNA structure by virtue of his chosen material.

Auera's keen understanding of light and shadow delights the viewer on both the wall and in 3D. Many of his iron sculptures are beautiful in their own right, and tell a story through tiny details held within. Once a shadow is cast, however, the viewer gains a deeper understanding of his forms. The rigidity of the iron brings their shadows to life. 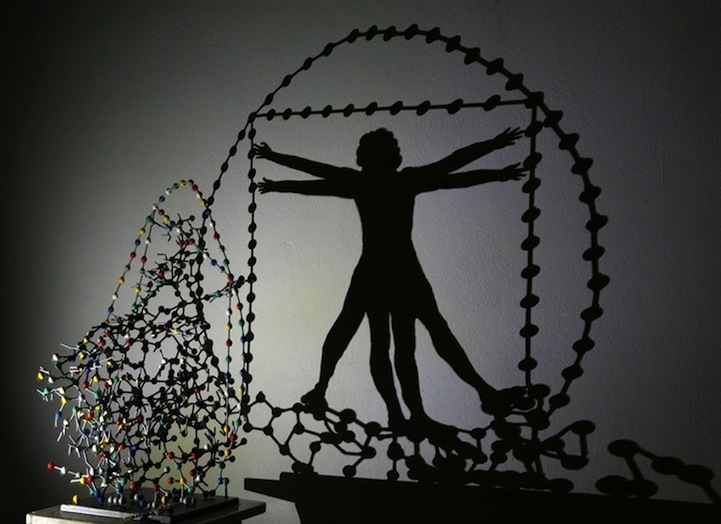 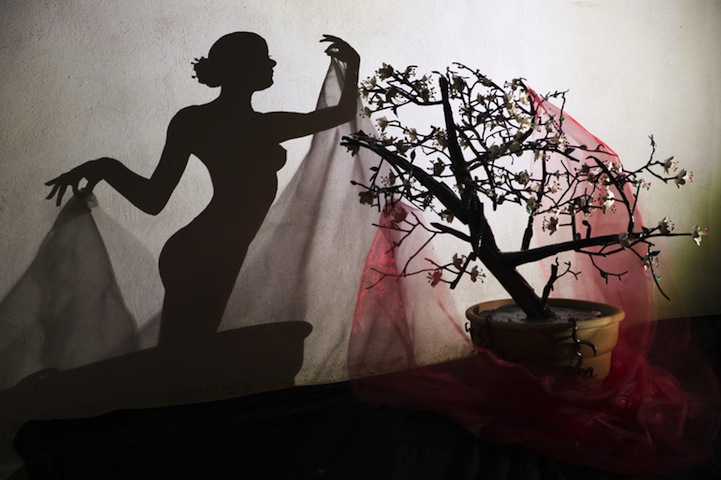 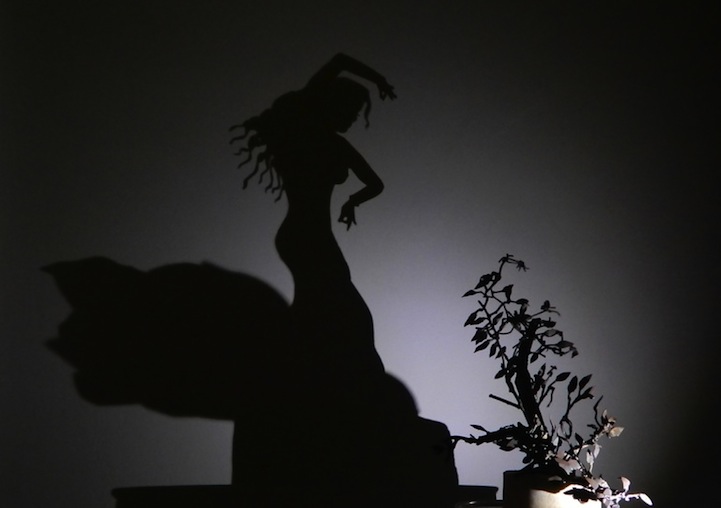 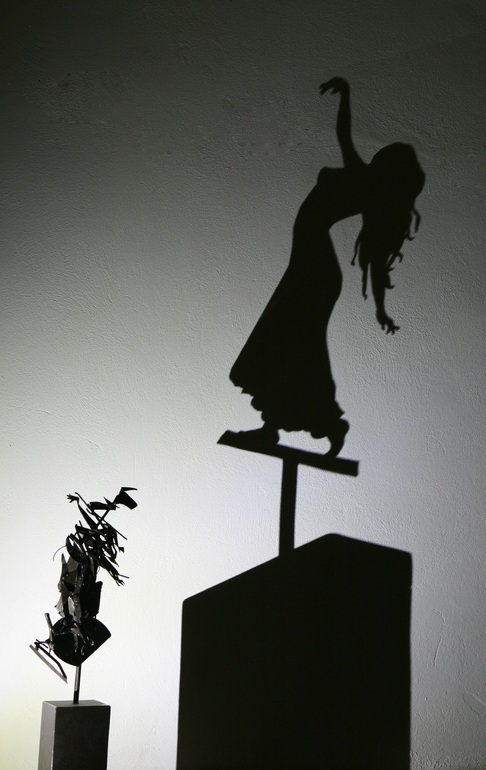 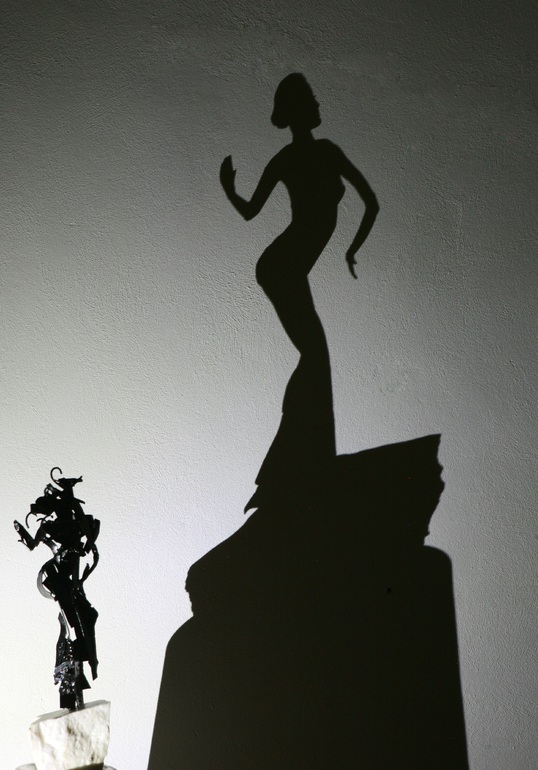 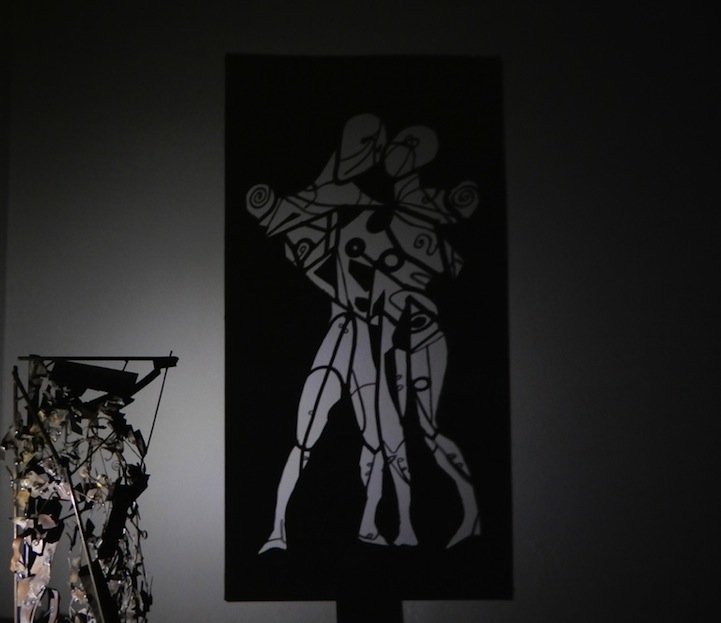 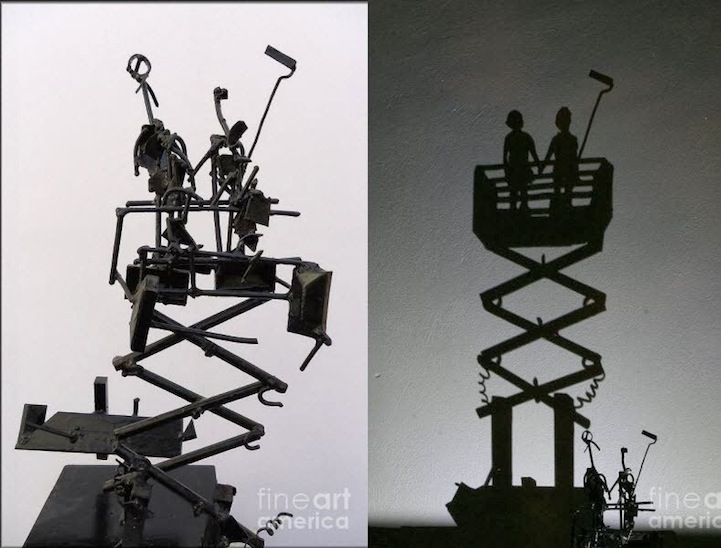 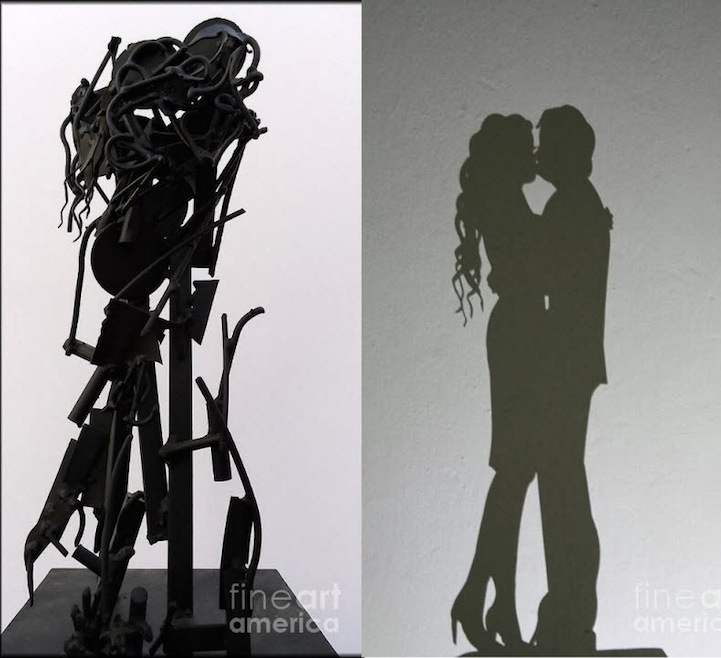 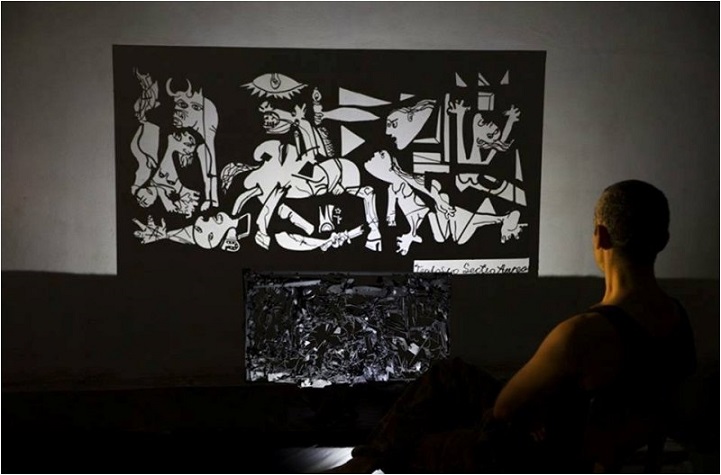