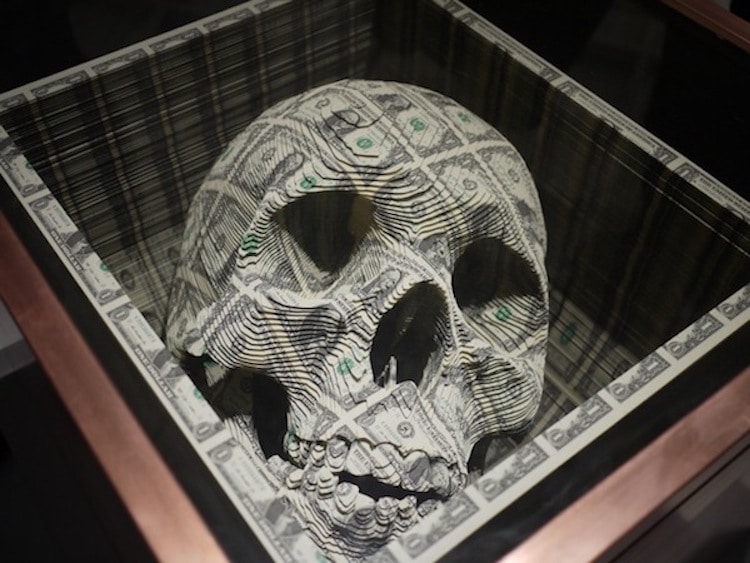 While most people cringe at the thought of destroying money, Brooklyn-based tattoo artist Scott Campbell sees it as the perfect medium to showcase his impressive skill set. By laser-cutting each dollar individually with surgeon-like precision, then arranging them into 100-dollar stacks, Campbell creates highly detailed pieces that are almost too bizarre to believe. In essence, he destroys to create.

Of all his works, the three-dimensional skulls and skeletons really stand out. The imagery alludes to mortality, yet it's sculpted from the currency with which we trade our time and energy. His subject matter and iconography epitomize blue-collar grit and the allure of the tattoo culture. Although communicating with this lowbrow parlance, he delivers work that is supremely refined, deliberate, and meticulously executed.

The piece above, titled Pièce de Résistance, uses $11,000 worth of currency sheets to create an over two-foot cube, into which a three dimensional skull is carved-out. If you find yourself in L.A., you can catch Campbell's most recent solo show, Noblesse Oblige, in person at OHWOW gallery until 4.22.11. 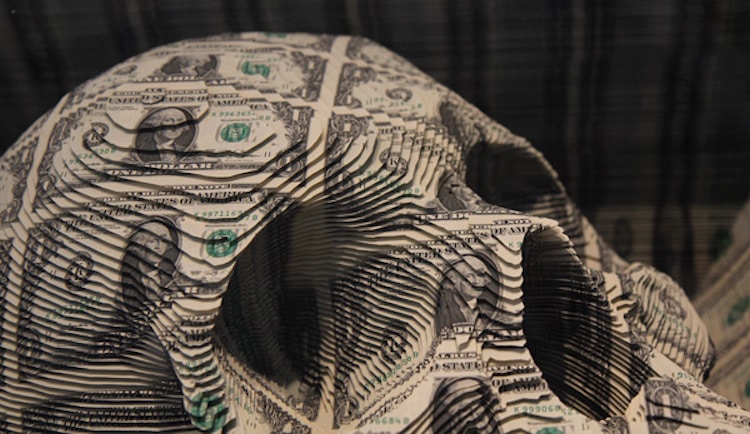 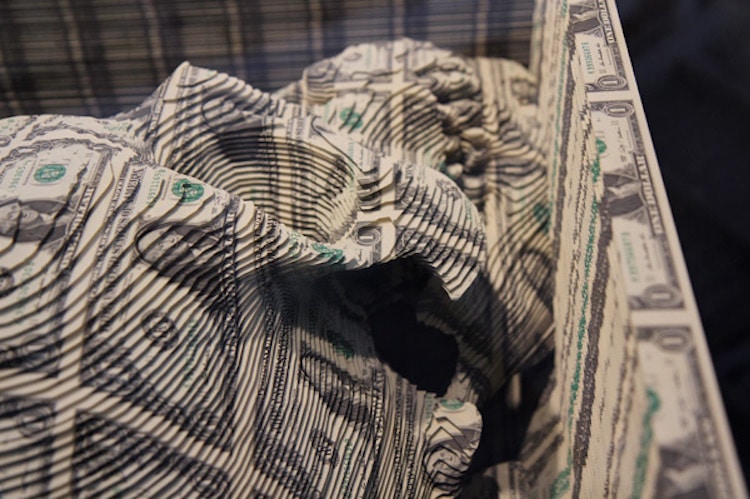 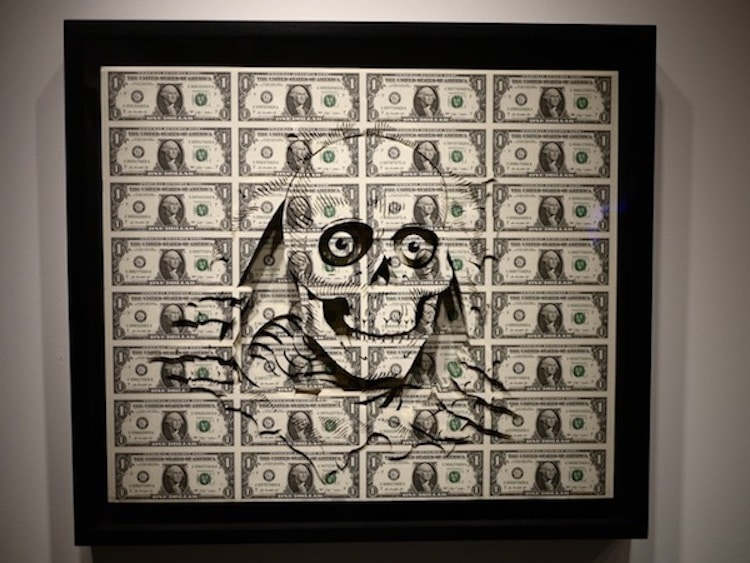 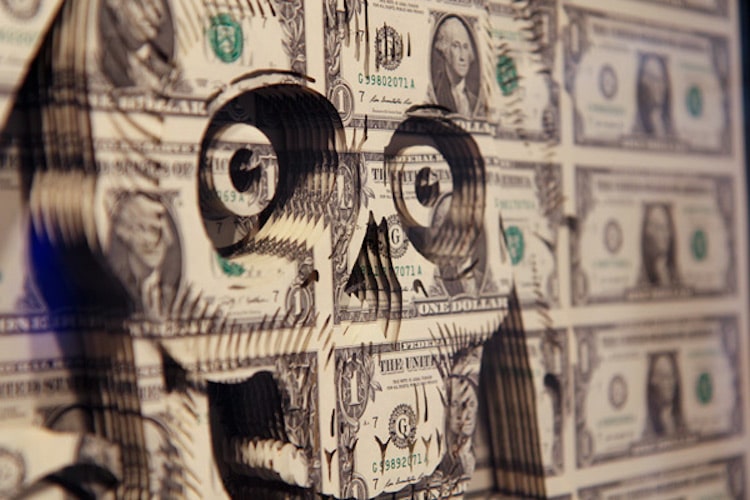 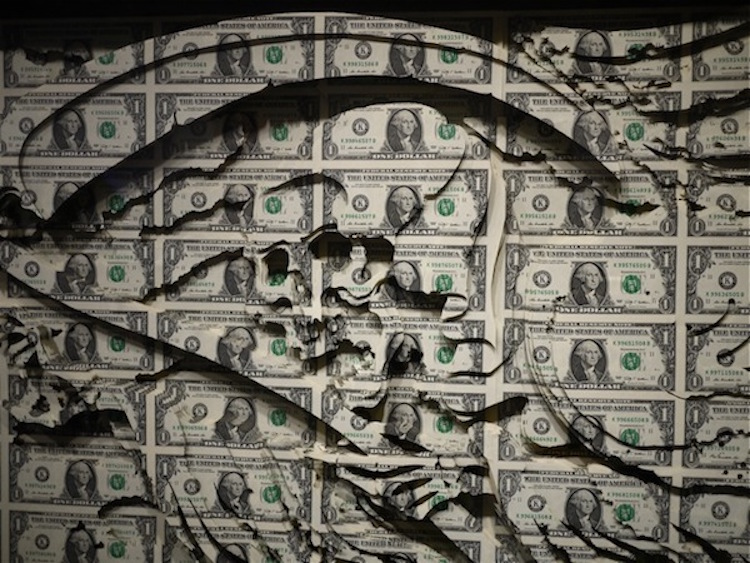 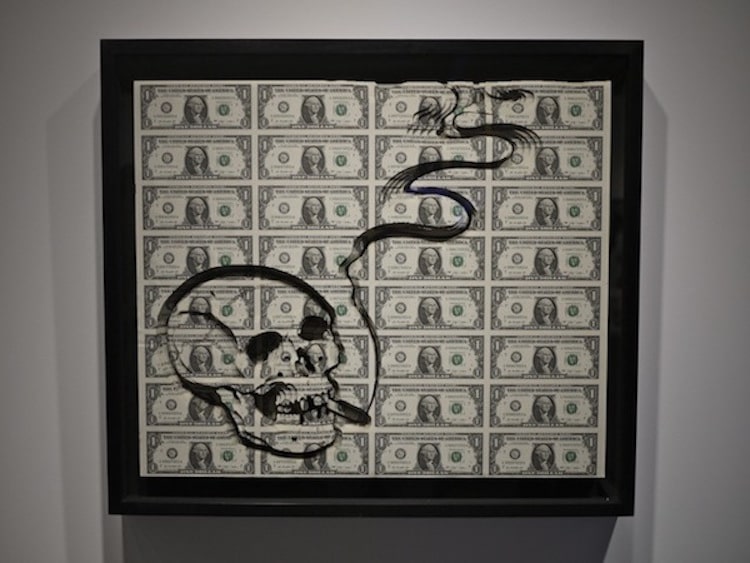 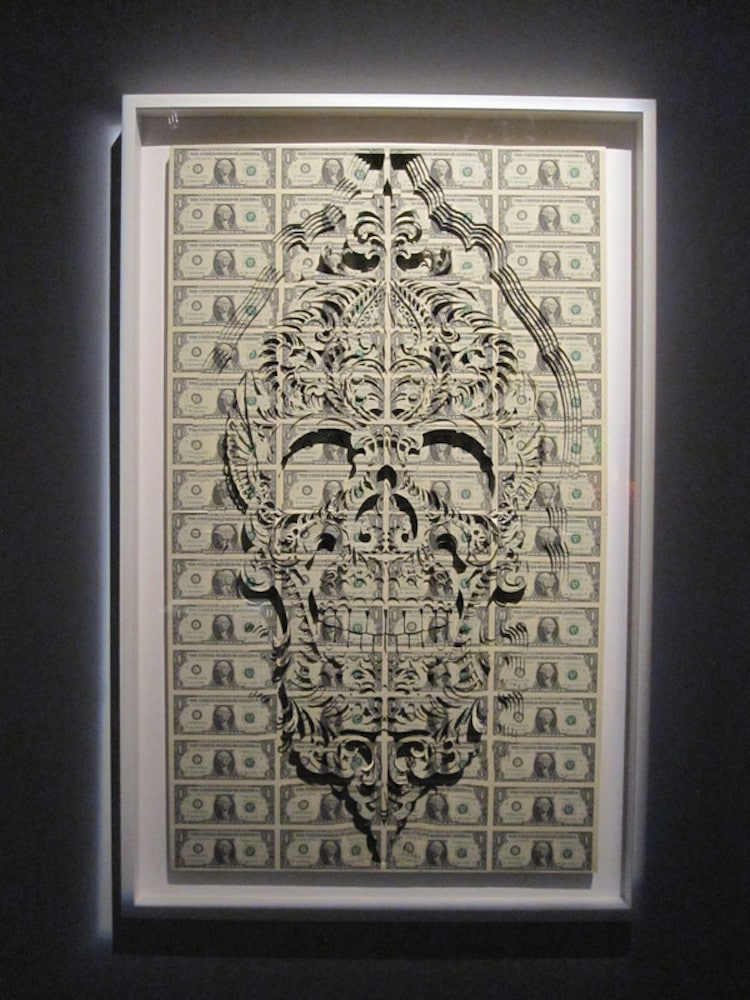 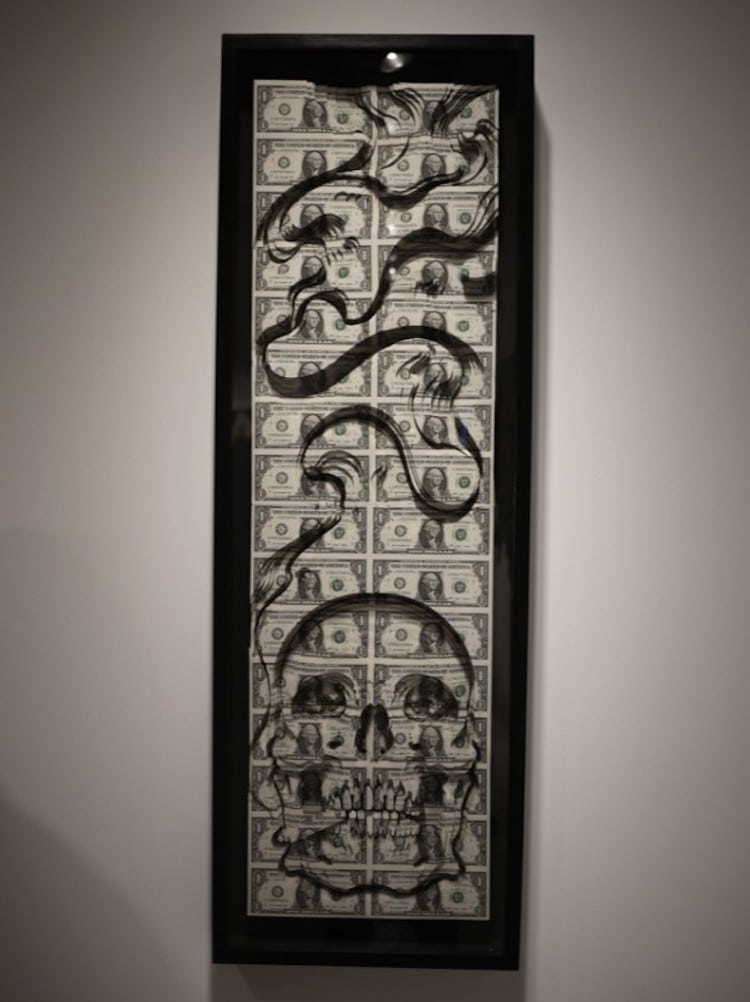 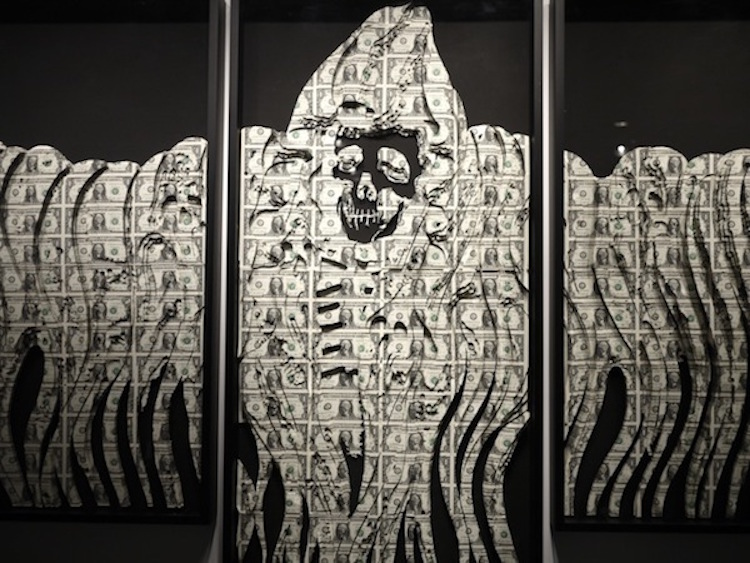 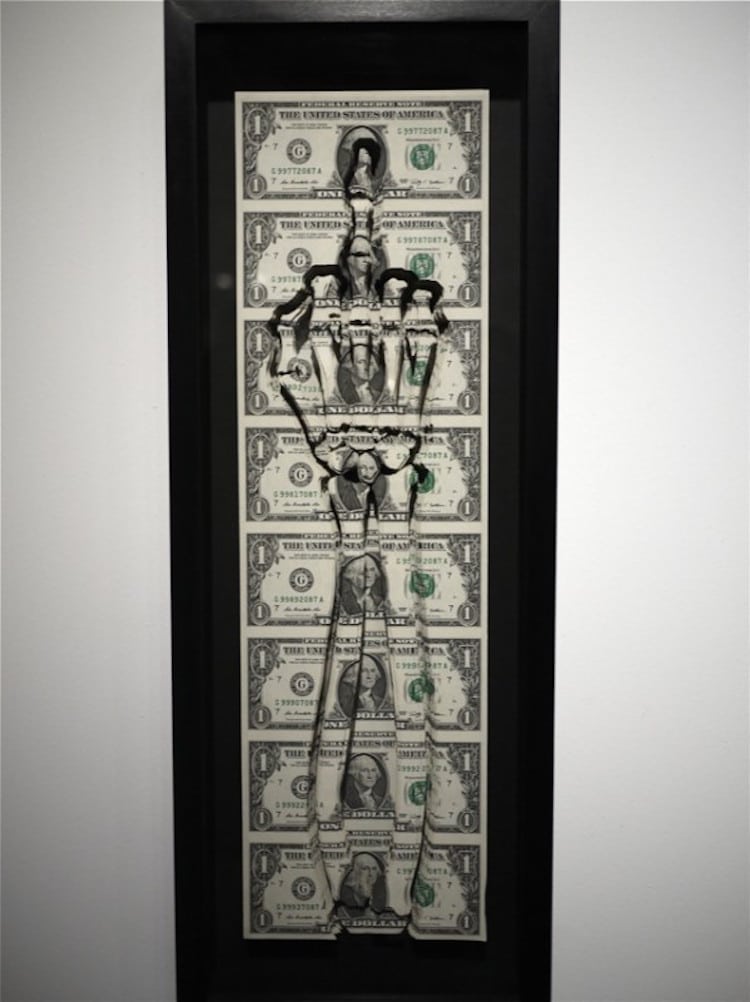 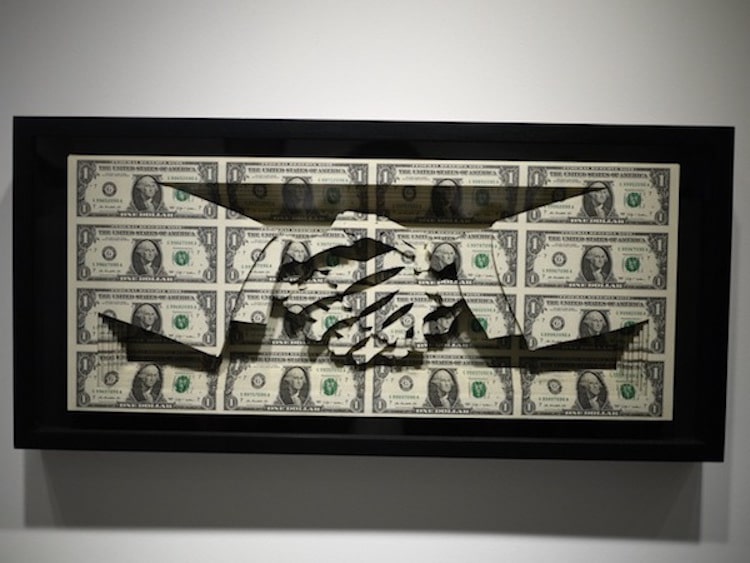