The Last Supper in Ghost Sculptures 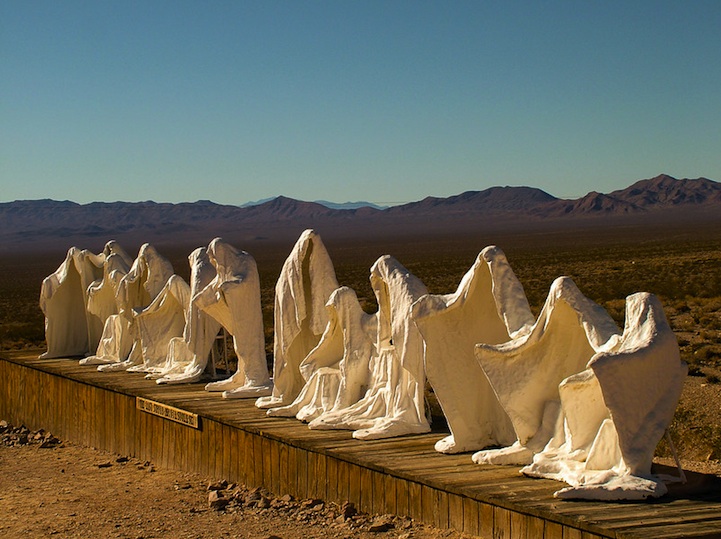 If you're looking to detox after a “Hangover”-like weekend in Vegas, why not take a roadtrip out to the Goldwell Open Museum in the Nevada desert to experience some art? One of the most striking sculptures you'll see is Belgian artist Albert Szukalski's version of “The Last Supper,” made out of ghosts. Though they were originally designed to only endure two years, “The Last Supper 1984” has surprisingly stood the test of time. According to Richard Steves, a board member of Goldwell, it was actually the reason why the sculpture park exists in the first place.

According to its website: “Albert was attracted to the Mojave Desert for many reasons, not the least of which was the Mojave's resemblance to the deserts of the Middle East. To construct a modern day representation of Christ's Last Supper, especially so close to Death Valley (where he originally wanted it sited), is eerily appropriate.

“Working essentially from Leonardo Da Vinci's fresco of the Last Supper within the desert environment, Szukalski succeeded in blending the two disparate elements into a unified whole. Maintaining the staging of the figures in Leonardo's work and placing it in the American Southwest allowed the artist to meld Western Artistic tradition with the vast landscape of the New World.” 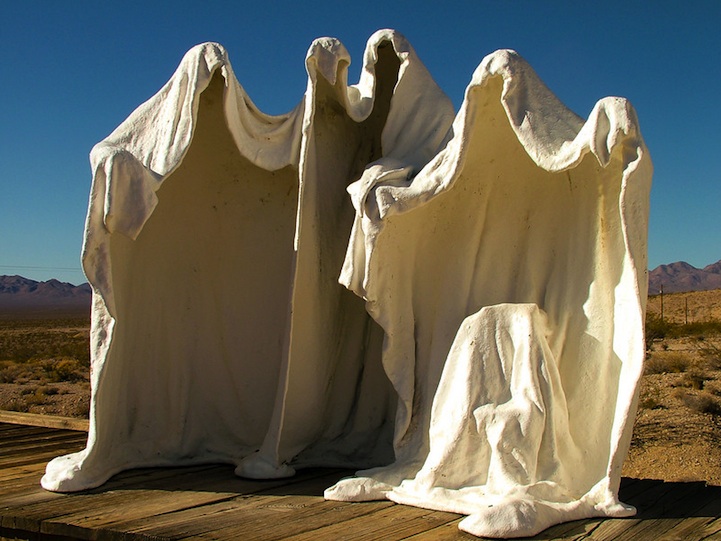 You can learn more about this museum by watching this Guardian video or see more wacky, weird and wonderfully interesting sculptures at Overland Photography.