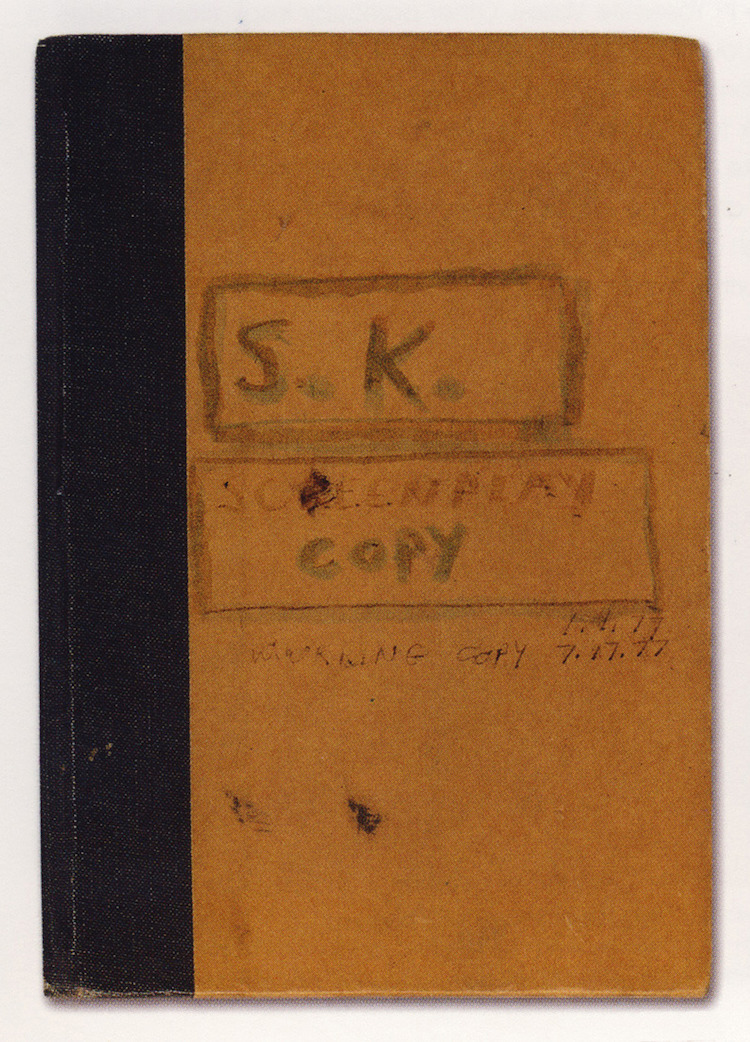 Stanley Kubrick once said that his adaptation of Stephen King’s novel, The Shining, would be the “scariest horror movie of all time.” And although it was met with mixed reviews when it was first released in 1980, today many people believe The Shining to be a true horror masterpiece. Recently, the Overlook Hotel blog (run by director Lee Unkrich) released images from the famous director’s personal copy of the novel, filled with his own notes scribbled along the pages’ margins.

The well-worn book is part of the Stanley Kubrick Archive, which is currently on tour as part of a traveling exhibition. The Overlook Hotel blog uploaded three scans from the rare edition—the cover and two double-page spreads from inside the book. The treasure trove find gives Kubrick fans a fascinating glimpse into the director’s mind when he was making the film.

The cover is plain and brown, and has the faded initials “S.K.” and the words “screenplay copy” written across it in large letters. Two handwritten dates (1.11.77 and 7.17.77) imply that Kubrick had been making notes on the novel around three years before it was released in 1980. Inside, pages 8 and 9 detail the film’s main character, Jack Torrance, being interviewed by the Overlook Hotel manager, Mr. Ullman. The scanned image shows how Kubrick highlighted certain parts of their conversation, and wrote almost illegible notes next to certain sections. In one part, Kubrick is seen to have drawn an arrow to one part, noting, “It’s possible someone found out about Grady and left!” He also wrote and underlined the words “cabin-fever”—a term that would manifest in terrifying ways throughout the film.

Pages 86-87 detail when the hotel’s cook Dick Hallorann talks to Torrance’s son, Danny, about their shared telepathic ability called “shining.” One of Kubrick’s notes reads, “Maybe just like their [sic] are people who can shine, maybe there are places that are special. Maybe it has to do with what happened in them or where they were built.” It’s not clear what Kubrick meant by this annotation, but it could hint at the film’s hidden meaning—a concept that many critics and movie buffs are still yet to crack! 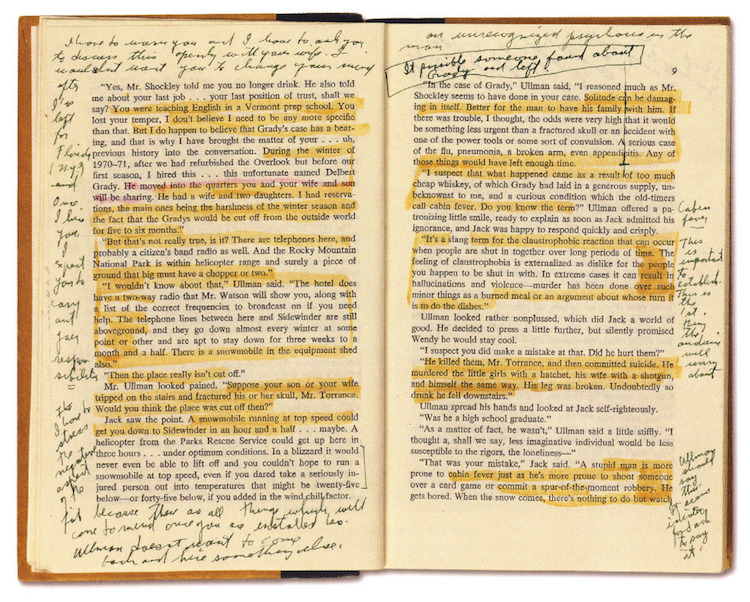 The well-worn book is filled with Kubrick's notes, scribbled along the pages’ margins, giving a fascinating glimpse into the director’s mind. 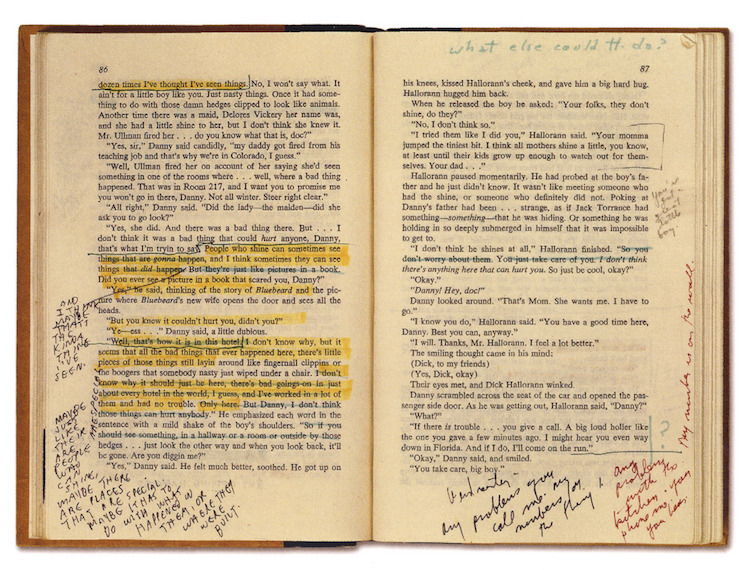 All images via The Overlook Hotel.

Behind the Scenes Look at the Horror Classic “The Shining”