The Tragic Story of the Majestic Tiger

By Eugene Kim on September 22, 2012
A Bengal tiger drinks from the Patpara Nala waterhole. 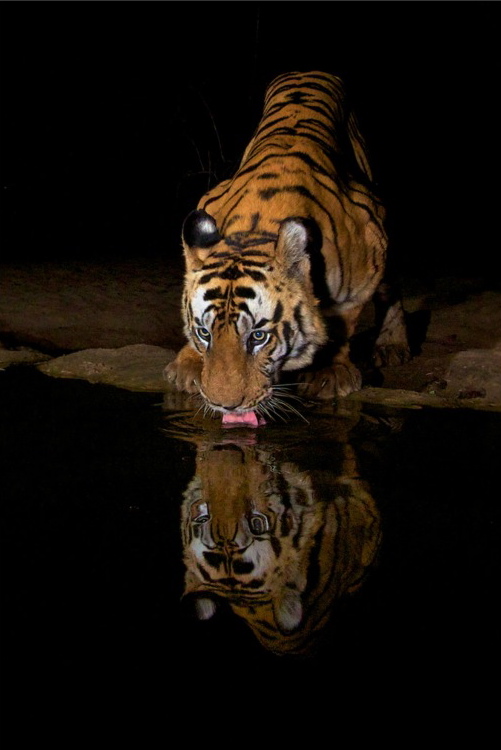 Steve Winter has been photographing wild animals for more than 20 years, mainly for National Geographic. He doesn't like to think of himself as just a wildlife photographer, but more like a photojournalist in the natural world.

In addition to being a photographer, he's also an activist. Winter is the media director for Panthera, a big cat preservation nonprofit organization. According to the the International Union for the Conservation of Nature, the world-wide population of tigers has declined by more than 90 percent in the last century, to about 3,500.

Although many people are most interested in the magnificent or cute tiger photos, Winter finds that his startling portrayal of what's really happening to tigers most intriguing. “Nobody wants all this negativity, so it's our job to find a different way to tell the story,” he says. “I'm just trying to do it differently than anybody else has ever done it.” 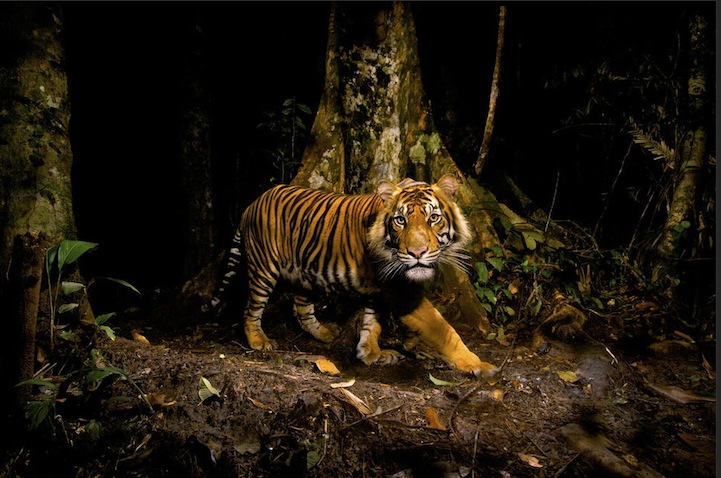 A tiger peers at a camera trap it triggered while hunting in the early morning in the forests of northern Sumatra, Indonesia. Tigers can thrive in many habitats, from the frigid Himalaya to tropical mangrove swamps in India and Bangladesh. 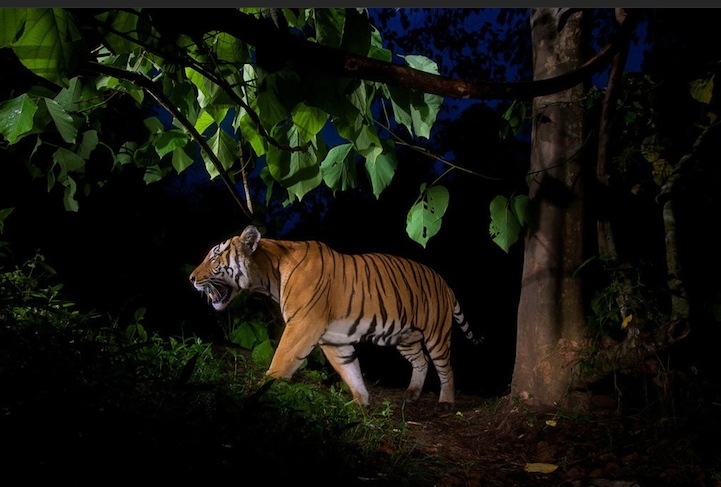 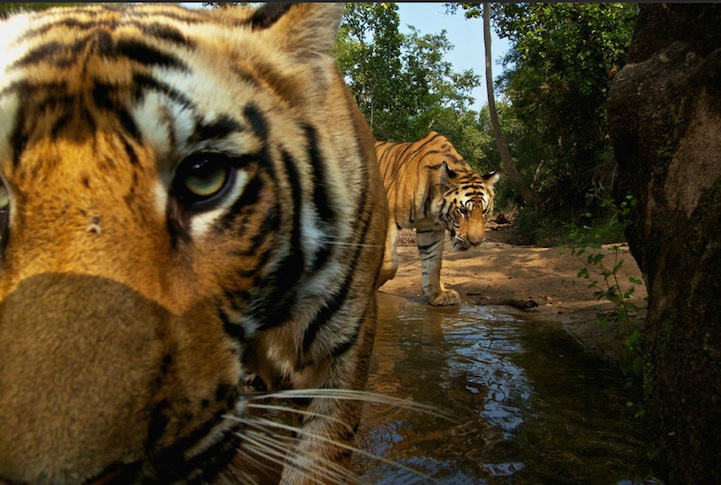 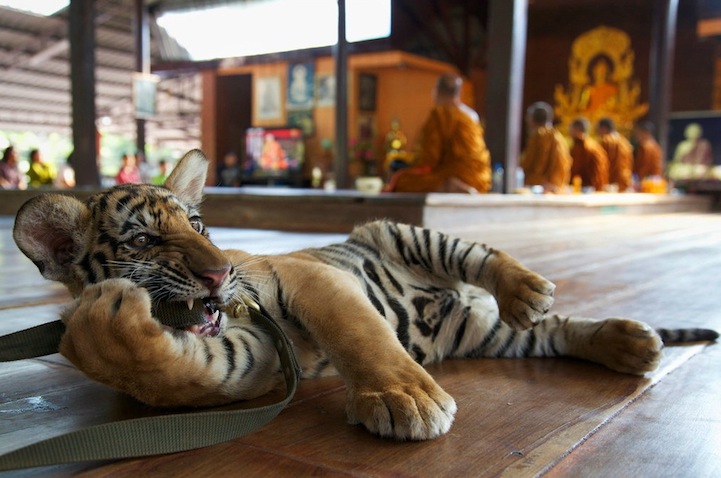 A cub chews through its leash inside the Tiger Temple. 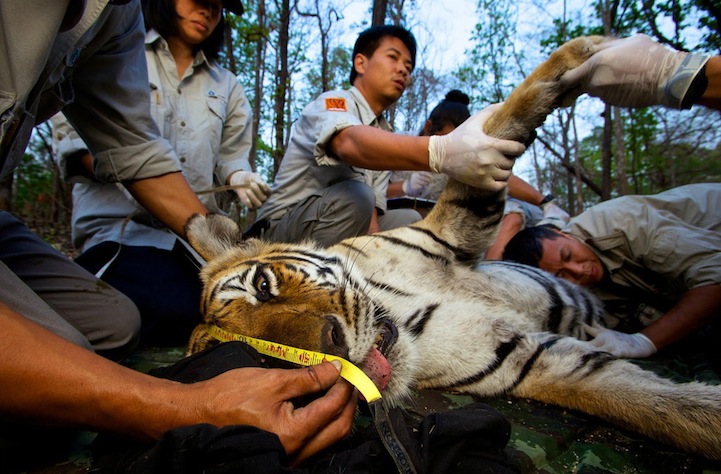 Saksit Simcharoen, a Thai researcher, puts his ear to the belly of a pregnant tiger, listening for fetal heartbeats. After measuring, weighing, and fitting the sedated tiger with a radio collar, the team will release her back into the wild. 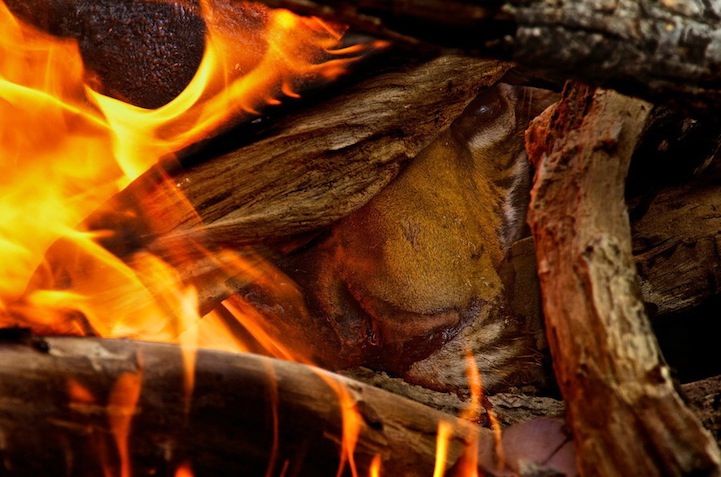 Killed during a fight with another of its kind, a tiger was being burned to prevent its parts being sold on the black market. 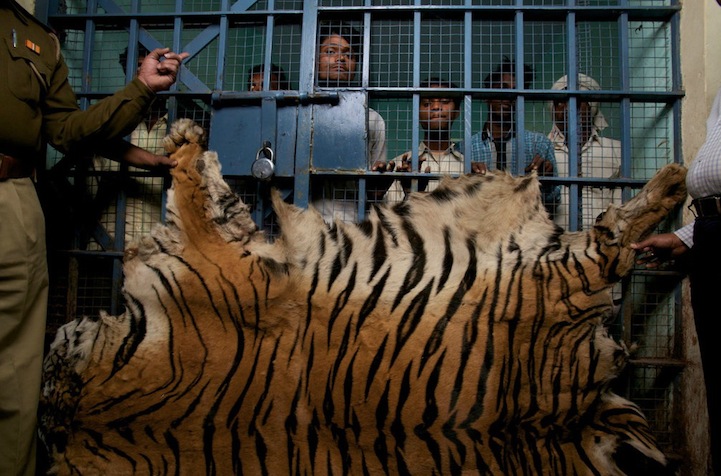 Several men were apprehended trying to see a tiger skin near Chandrapur, India. 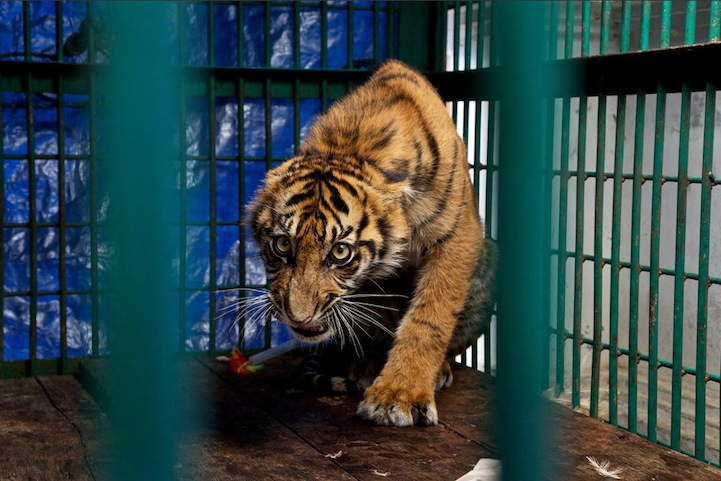 A poacher's snare cost this six-month-old cub its right front leg–and its freedom. The limb was amputated after the tiger had been enmeshed for three days in a snare in Aceh Province, Indonesia. Unable to hunt, the tiger now lives in a zoo on Java.