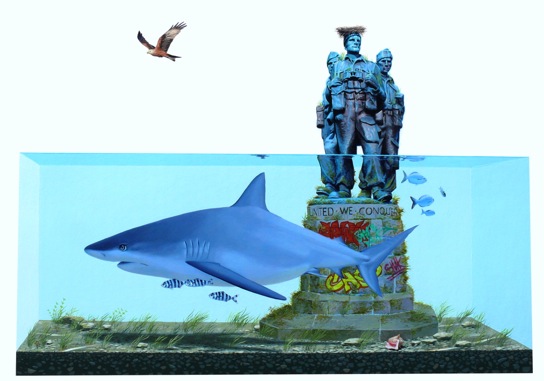 Josh Keyes' work has developed over the past years into an iconic and complex personal vocabulary of imagery that creates a mysterious and sometimes unsettling juxtaposition between the natural world and the man made landscape. His work conveys an anxious vision of what the world might be like in the future as a result of current global warming predictions. Keyes often incorporates objects and animals into his dissected environments that have personal iconographic significance. The imagery functions as a way for Keyes to express his personal experience and also allows him to interpret events in the world. “Natural Selection” runs through September 13th, with the opening reception on August 7th from 12pm-6pm at the Swarm Gallery in Oakland, California. 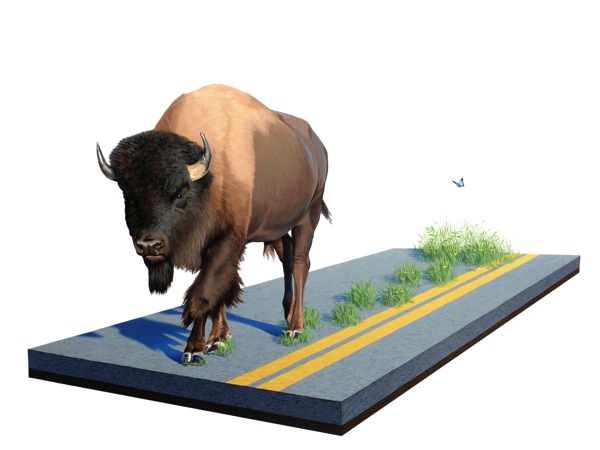 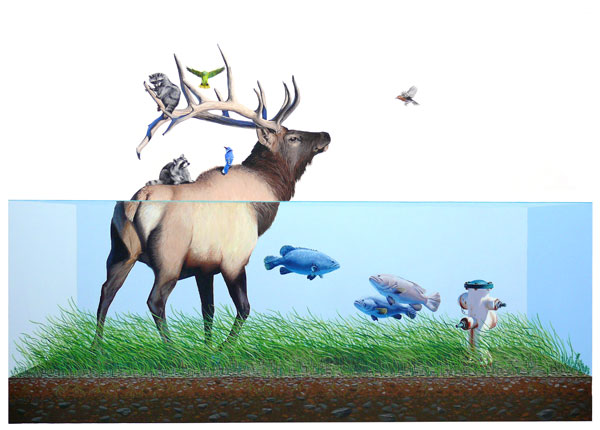