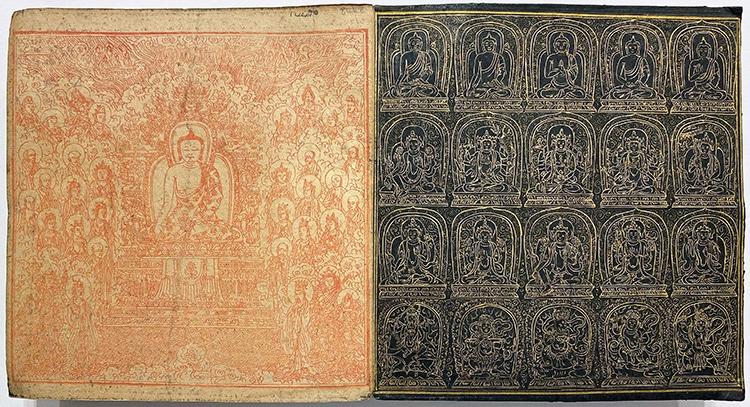 The Gutenberg Printing Press truly revolutionized western society with its introduction of mass produced printed materials for a relatively cheap price, which helped encourage literacy among the lower classes. However, the practice of printing books had actually been occurring long before 1450 in the Far East. A rare book collector on Twitter recently debuted a Sino-Tibetan “concertina-folded book” that is estimated to have been printed in Beijing around 1410. This beautifully preserved book of Buddhist recitations was created about 40 years before the Gutenberg Bible entered circulation.

Twitter user Incunabula explains that the book contains “Sanskrit dhāranīs and illustrations of protective mantra-diagrams and deities” and its inner pages of bright red ink are protected by black outer coverings which feature 20 icons of gold painted Tathāgatas—a Sanskrit name for Buddha. The text was designed for both European and Asian readers in mind. According to Incunabula: “The book may be read in the Indo-Tibetan manner by turning the pages from right to left or in Chinese style by turning from left to right.”

The book’s script is Ranjana/Lantsha, a form of post-Gupta Brahmi, and the way these Buddhist chants are interwoven into the illustrations of religious figures on the book's pages create both visual and linguistic harmony. Some of these recitations detail kalpas, which are unfathomably lengthy periods of time that remind humans of the blessing it is to be born so near the Buddhist teachings. Despite being created 40 years apart, both this book of Buddhist recitations and the Gutenberg Bible show that humanity has long been questioning their origins and role in the universe—a universe that continues to inspire humans to this day.

This Sino-Tibetan text of Buddhist recitations was printed 40 years before the Gutenberg Bible. 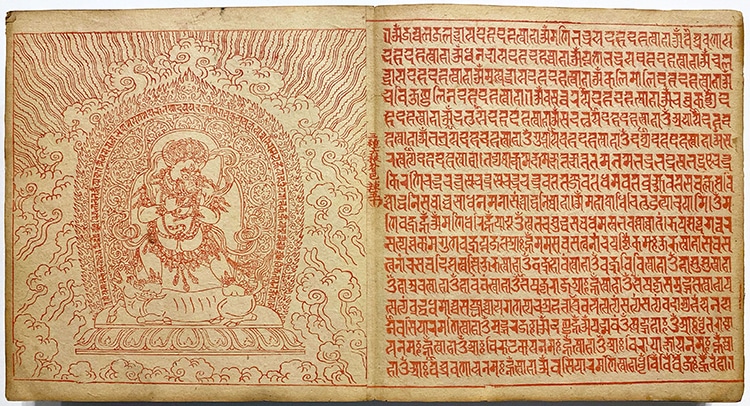 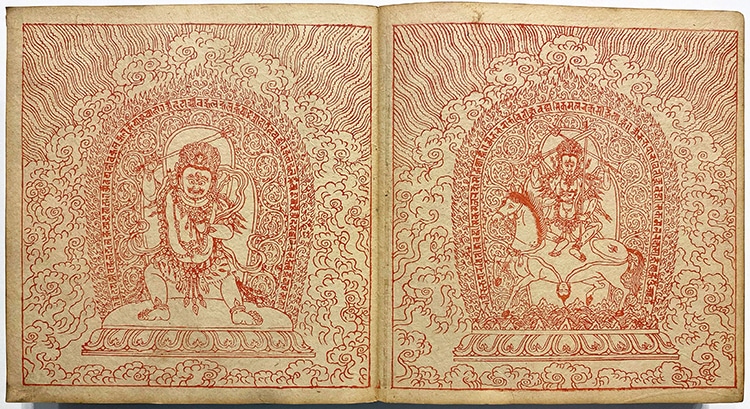 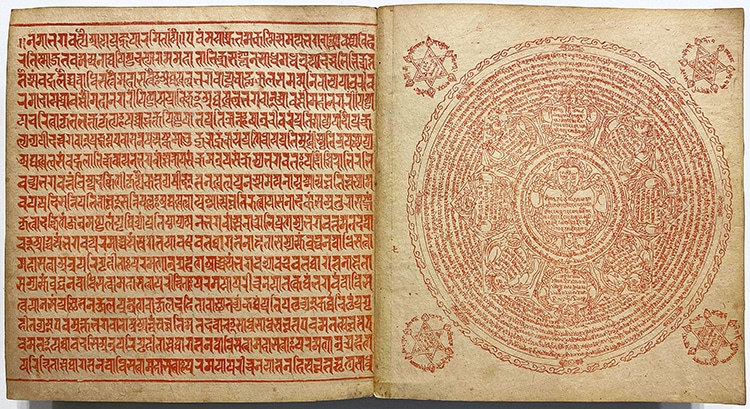 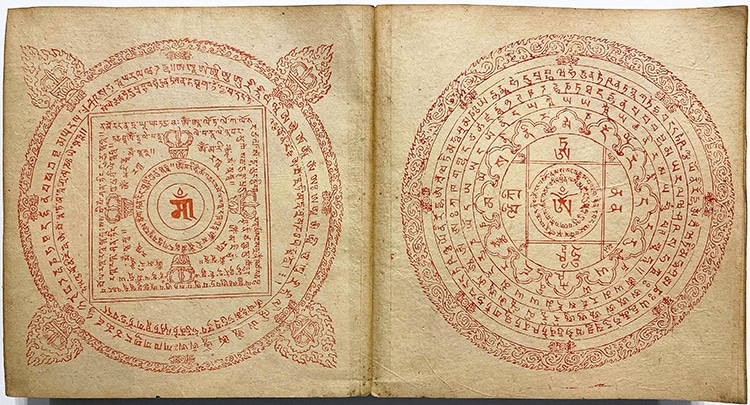 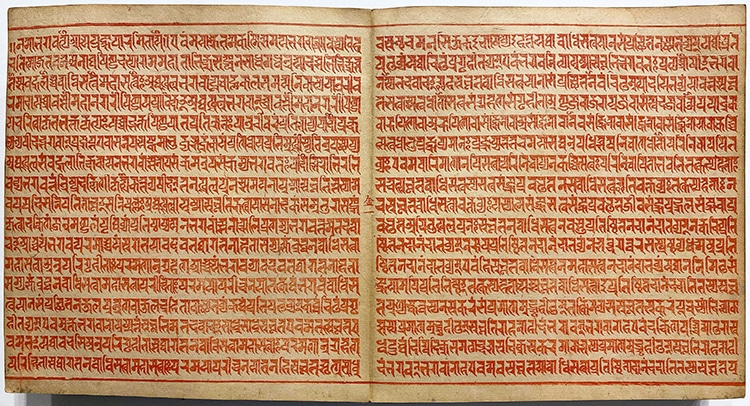 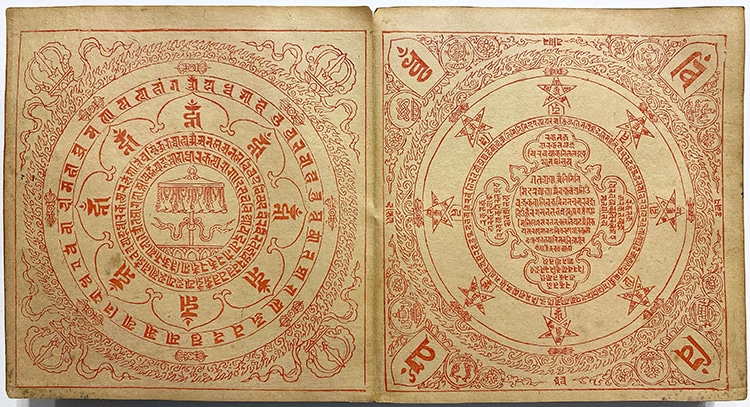 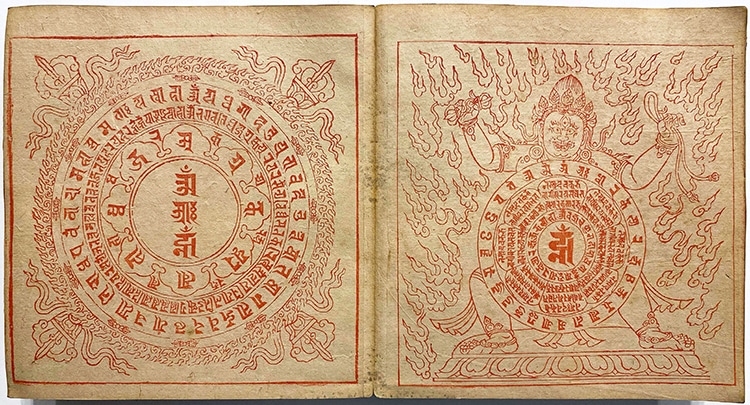 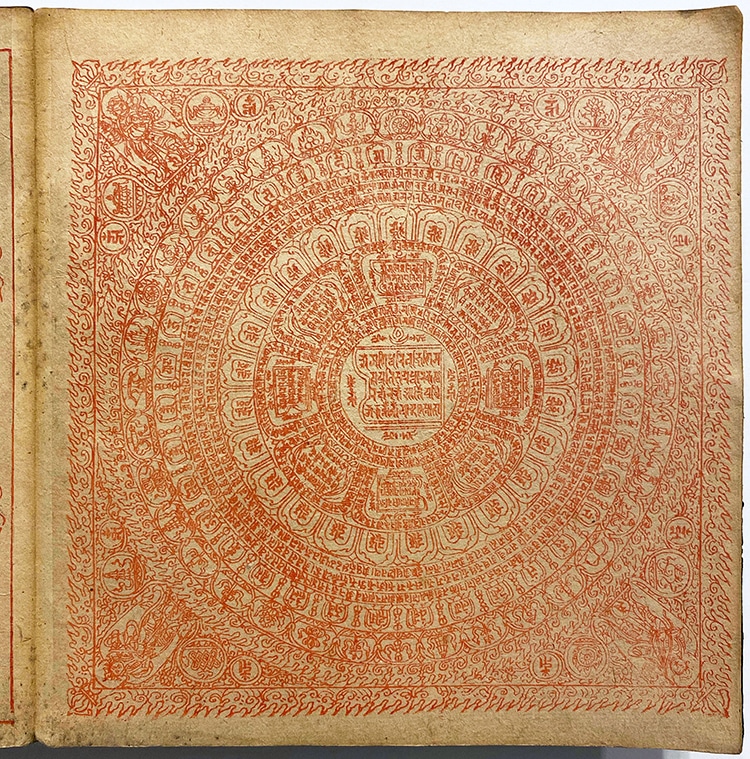 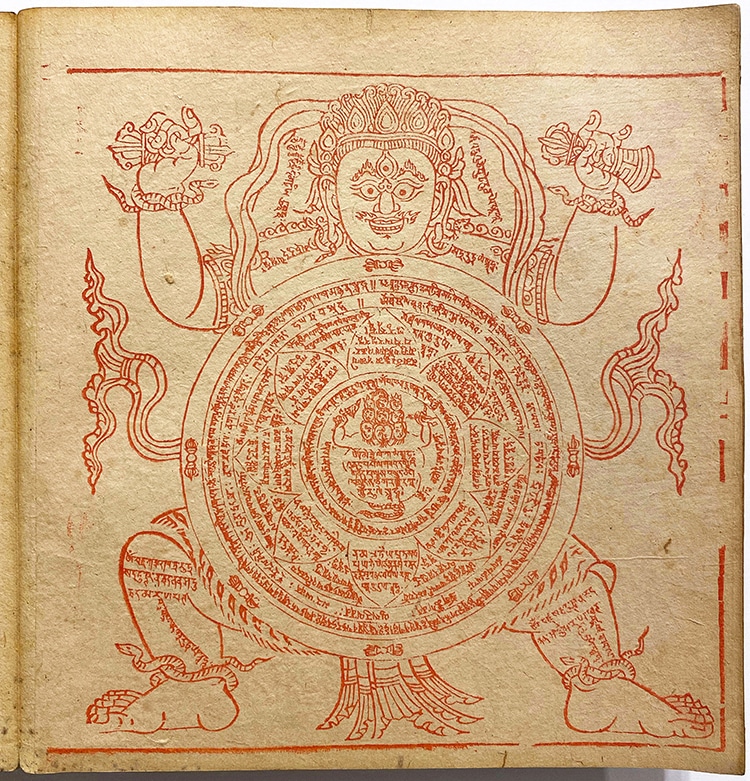 All images via Incunabula.