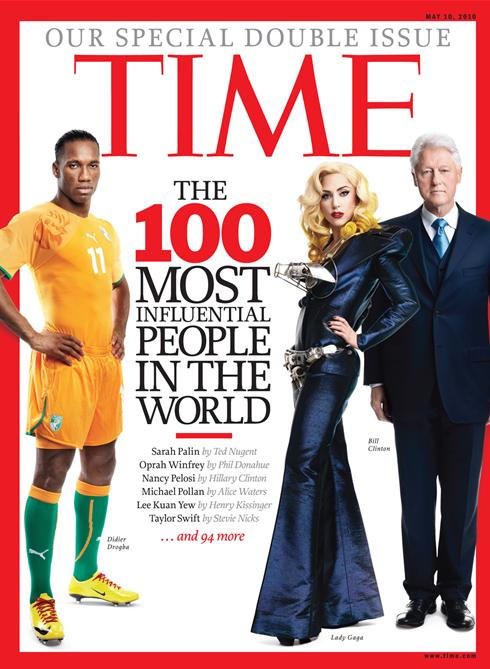 For a little inspiration today, check out Time's World's Most Influential People list. From heroes to leaders to artist and thinkers, Time's list includes people we've talked about right here on theMET like Banksy, Kim Yu-Na, and Zaha Hadid. The coolest thing about this feature is that each essay is written by a person you'll recognize. For instance, Banksy's essay is written by Shepard Fairey. “Many people recoil at the thought of a guy in a hoodie with a spray-paint can and something to say. Others foam at the mouth when they see the same guy's artwork auctioned off for hundreds of thousands of dollars. Banksy just laughs at all of it. He has a gift: an ability to make almost anyone very uncomfortable. He doesn't ignore boundaries; he crosses them to prove their irrelevance. “People usually see art as an abstract emotional vehicle, lacking the direct impact of language. Banksy paints over the line between aesthetics and language, then stealthily repaints it in the unlikeliest of places. His works, whether he stencils them on the streets, sells them in exhibitions or hangs them in museums on the sly, are filled with wit and metaphors that transcend language barriers. “Banksy's work embodies everything I like about art. It's accessible, public, not locked away. He makes social and political statements with a sense of humor. His latest exploit is Exit Through the Gift Shop, a film about a filmmaker who left off making a film about Banksy to become an art star himself. It sums up the art world perfectly – the authentic intertwined with the absurd.” See the full list over at Time. The issue hits newsstands tomorrow.