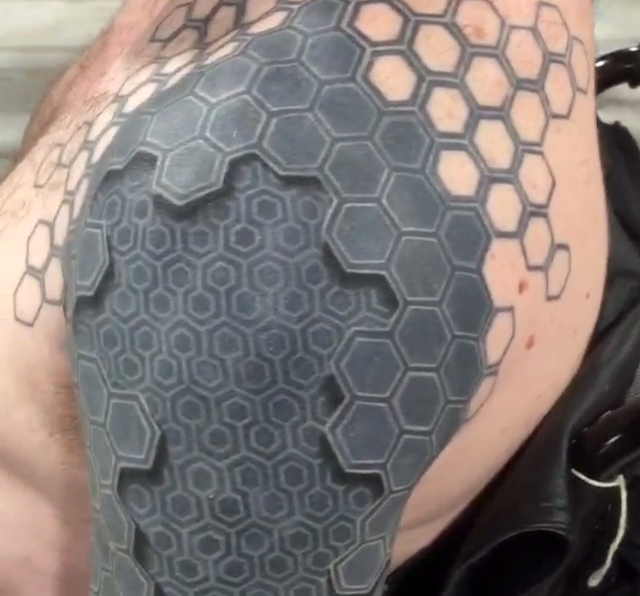 Tony Booth, a tattoo artist and owner of Dabs Tattoo in Southport, England, has successfully made a man appear as if he's an android. On his arm, at least. This incredible tattoo looks as though it's carved from the skin, and what's beneath it is another layer of hex geometric patterning. It's unlike any tattoo we've seen before.

The entire thing took 18 months and multiple tattooing sessions to complete. Booth's wife, Lisa, who is also an owner of Dabs Tattoo, tells CNET, “The client and Tony came up with the concept between them and it grew from an upper arm sleeve to a full sleeve and then it carried on to his hand, shoulder and upper chest.”

Booth shared some in-progress work on his Instagram. He started by blacking out most of his client's arm and later tattooed it a second time with light ink. This is what helps to give it a three-dimensional effect.

Considering the amount of skill it took to craft this tattoo, it's not surprising that Booth has been recognized for his work. The android-esque arm won top prize in the category of “Best Blackwork Tattoo” at the Tattoo Tea Party convention in Manchester, England at the beginning of March. 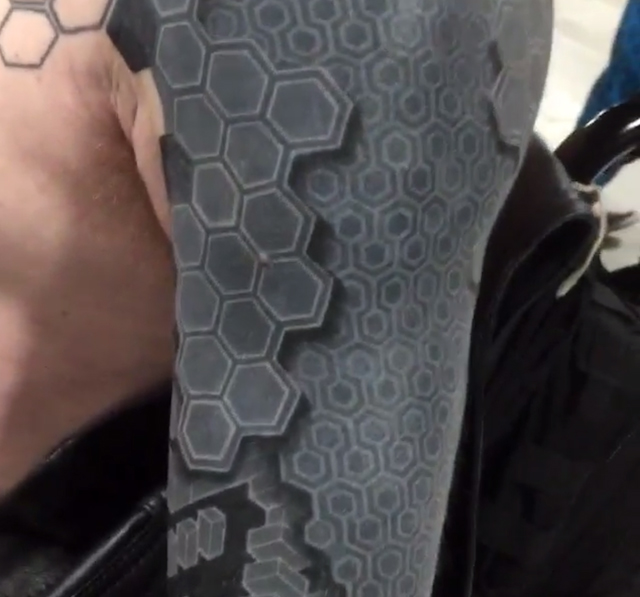 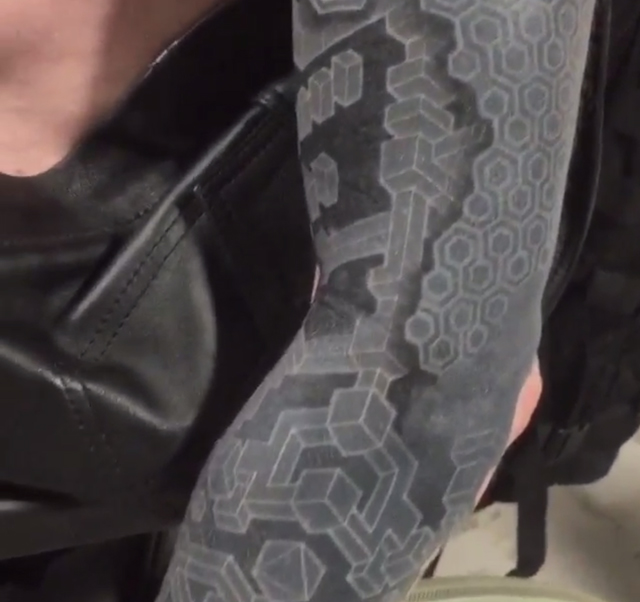 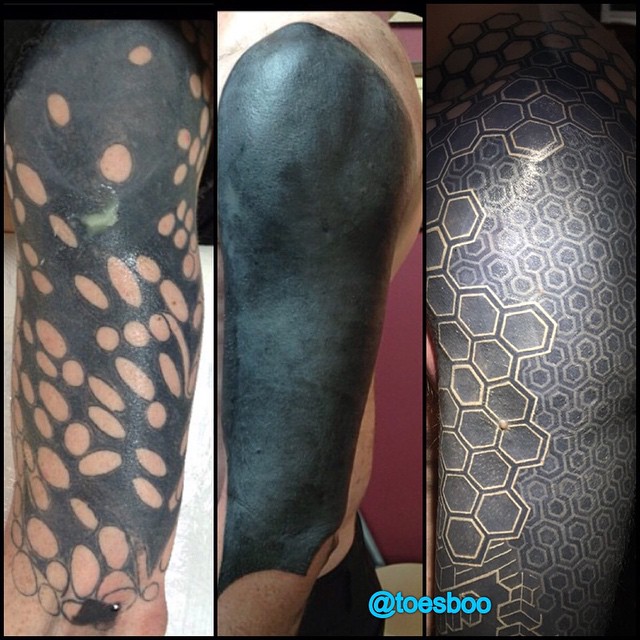