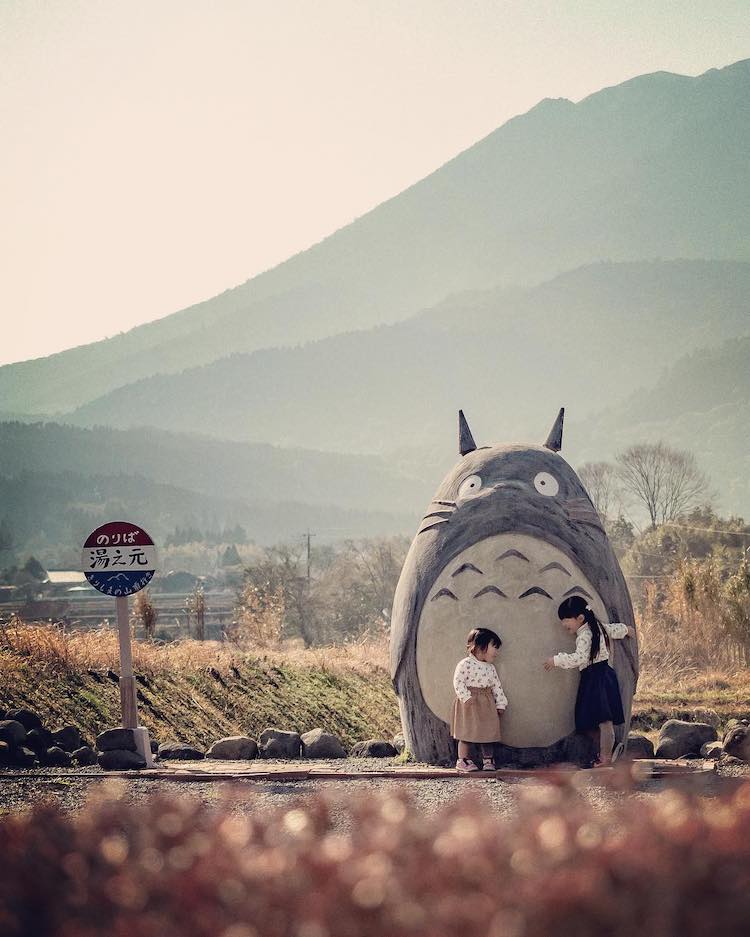 Totoro is a hallmark character created by Studio Ghibli, Japan's beloved animation studio. The plump bodied, wide smiling magical creature’s most iconic image is that of him waiting for an unusual bus in the rain. The magic of that scene (featured in the 1988 film My Neighbor Totoro) has been a spark of nostalgia, imagination, and inspiration for a variety of creatives. Such is the case for a pair of grandparents in Takaharu, Miyazaki Prefecture, Japan. The couple—who is in their 70s—decided to recreate the magic of the film by designing a Totoro replica for their grandchildren.

The project was handmade and demonstrated the couple’s exceptional skill in carpentry and their impeccable attention to detail. By using some traditional plastering techniques, the barrel-like frame for the future statue was constructed first. This was followed by layers of concrete and a lengthy process of sculpting. Bricks were then added to help create the signature plumpness of the magical gray beast’s frame. Even more concrete was layered on and with careful sculpting, the memorable, bold eyes and whiskers started to emerge. The couple finished up the project by adding a brick and gravel path around the structure and placed the iconic bus stop sign.

The statue—which towers over children and adults alike—was not only a big hit with the grandkids but is currently drawing in adoring Totoro fans from far and wide to the small town. The couple also provides the signature red umbrella from the film for any visiting photographers and selfie lovers. Thanks to the love and vision of this elderly couple, long time Totoro fans and magic seekers alike have another pit stop, when it comes to sightseeing and nostalgia.

This grandfather in Japan carefully built the frame of what would soon be a very large statue. 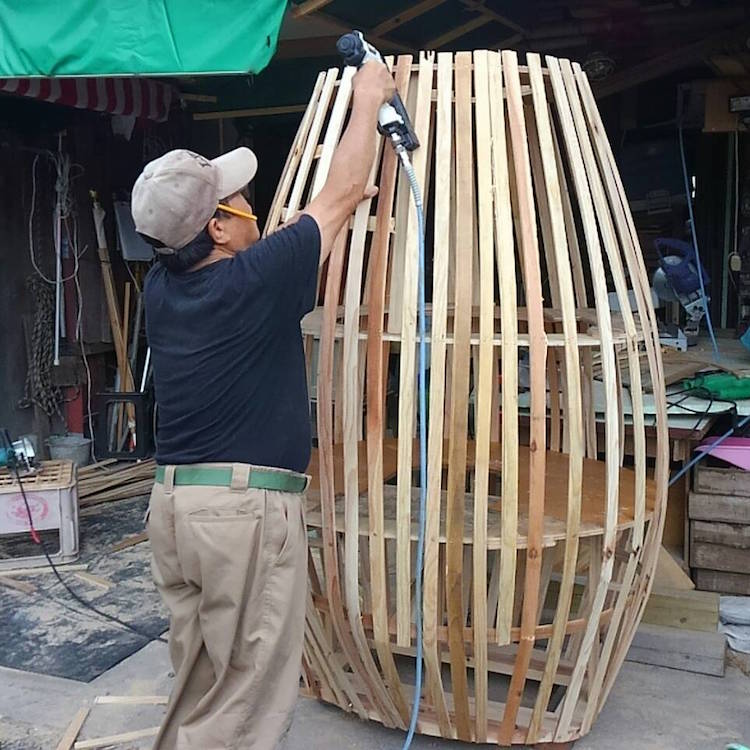 Along with his wife, he put time and effort into creating this giant sculpture of the famed Totoro. 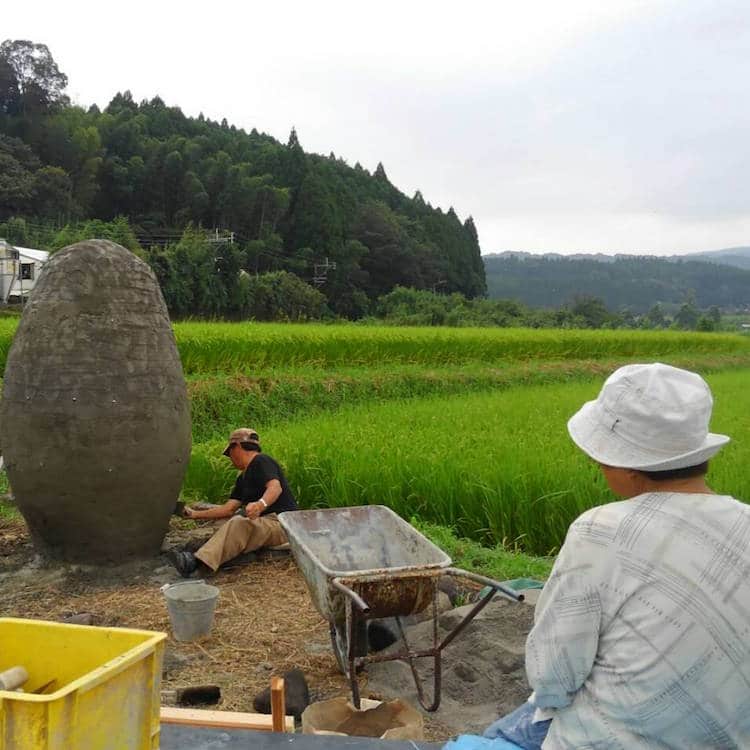 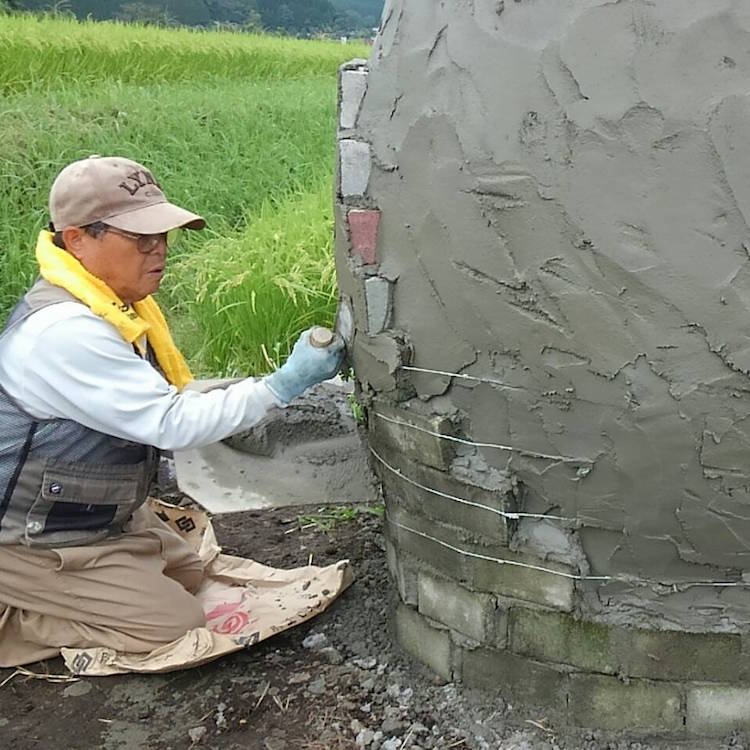 The grandparents were able to complete Totoro's whimsical face with some painting and more sculpting to make sure every detail was captured. 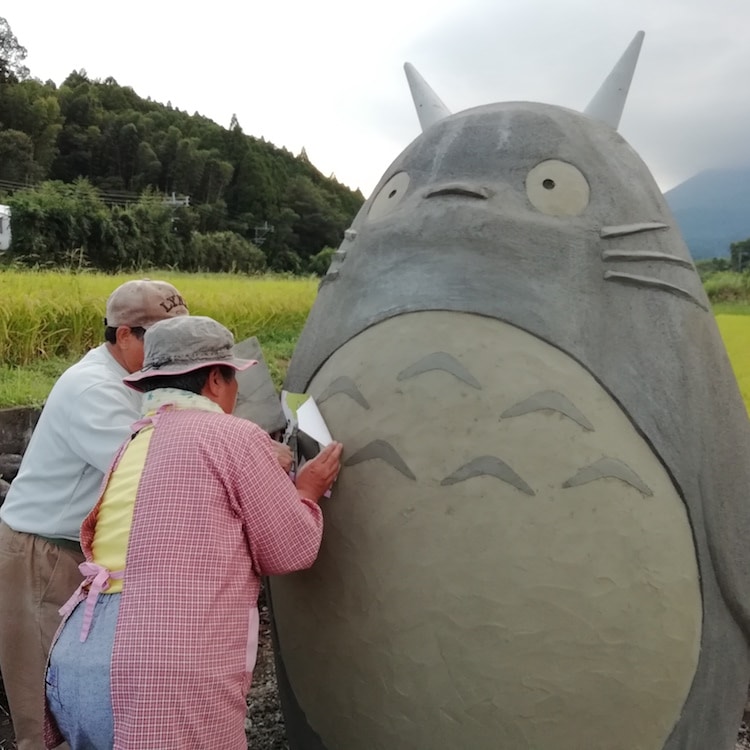 In the end, they were ready for a family photo with a very happy grandchild! 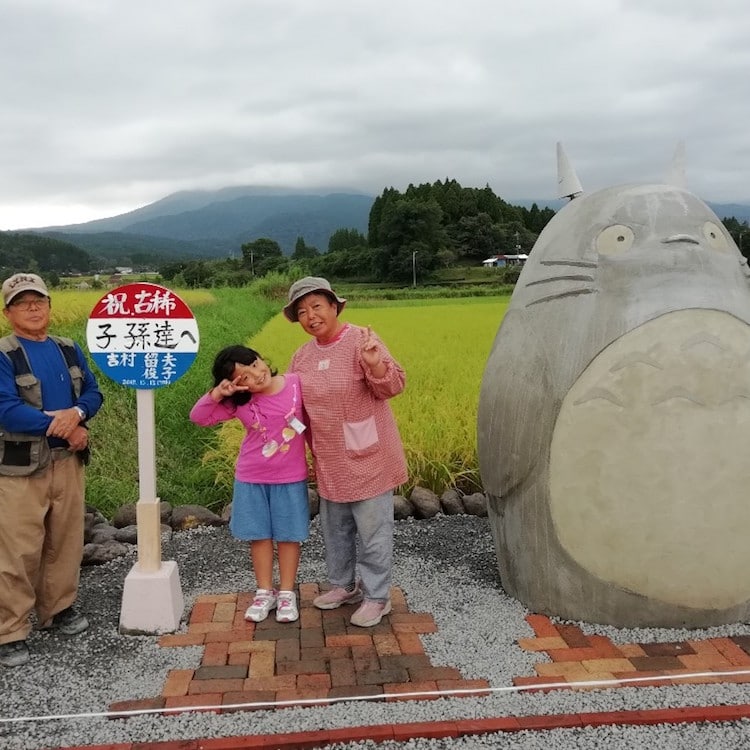 Their hard work has made a lot more than their grandkids happy, though. Totoro fans from all around the world now visit this village to see the sculpture and take a picture with it.

All images via Love Takaharu Town excepted where noted. 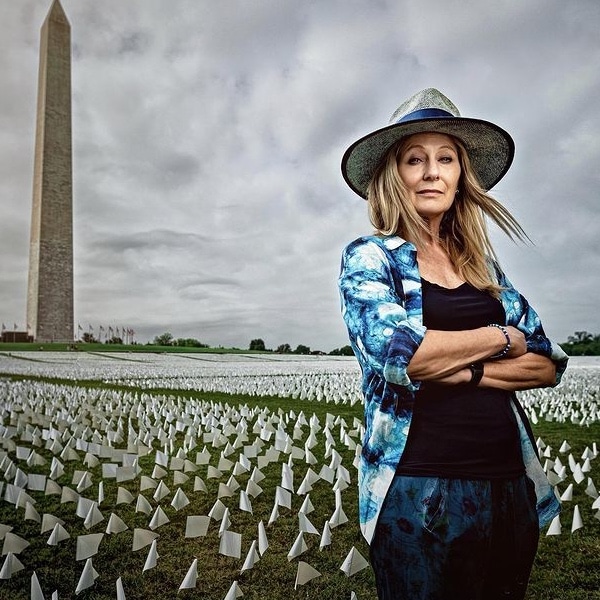