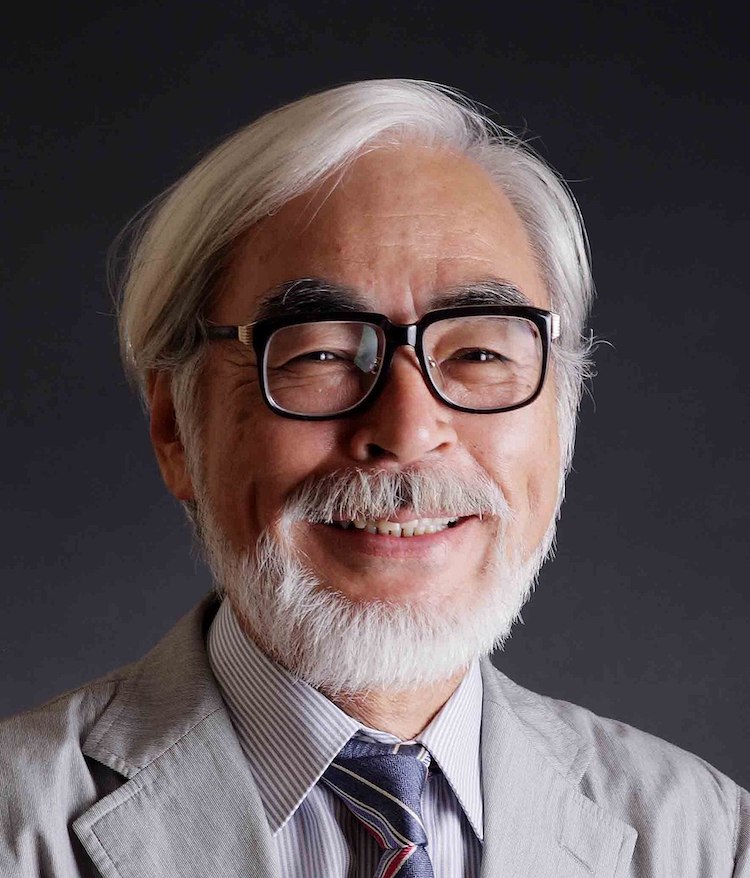 For decades, Hayao Miyazaki‘s mesmerizing motion pictures have enchanted audiences of all ages. A co-founder of the celebrated Studio Ghibli, Miyazaki is among animation's most acclaimed figures, celebrated for his thoughtful approach to his craft and his imaginative methods of storytelling.

While you may be a fan of Miyazaki's charming films, you may not know much about the man behind the magic. With these spirited facts, you can learn all about Miyazaki's exceptional life, starting with his sky-high ambitions and concluding with his current projects.

Learn all about Japan's most beloved animator with these five charming facts about Hayao Miyazaki. 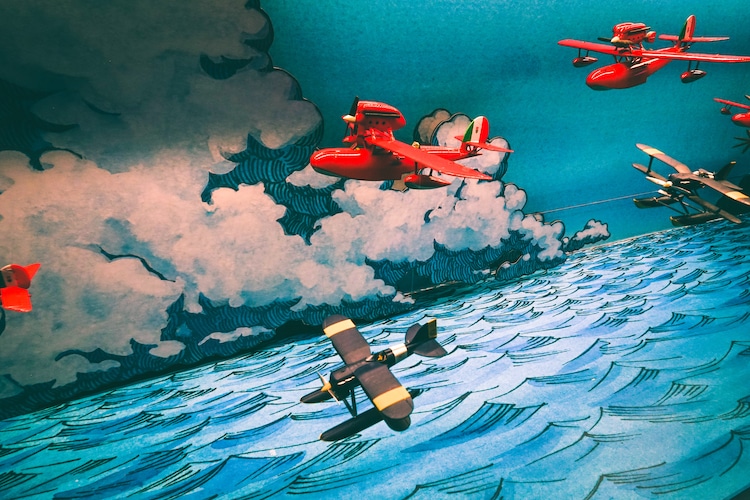 In 1941, Hayao Miyazaki was born in Bunkyō, Tokyo. As a child, Miyazaki expressed an interest in art—particularly in manga, a style of Japanese comics. While he would eventually graduate from Gakushuin University with degrees in economics and political science, his heart was set on a career as an artist. To foster this passion, he joined the “closest thing back then to a comics club” that his college offered, and spent his free time drawing subjects that appealed to him—namely, airplanes.

Why was Miyazaki drawn to aviation? Like other children living in Japan during World War II, Miyazaki was no stranger to aircrafts flying overhead. His experiences with planes, however, hit even closer to home, as his father was the director of Miyazaki Airplane, a company that manufactured parts for fighter planes. More than just an interest in the family business, Miyazaki's passion for aviation lasted well into adulthood, graduating from manga sketches to animated flying machines in major motion pictures.

His tendency to include female protagonists is intentional. 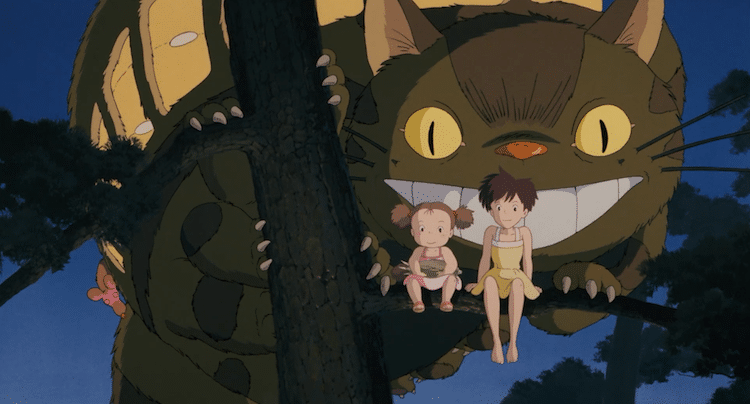 Before animating steampunk airships in Castle In The Sky (1986) and a “propellor driven bicycle” in Kiki's Delivery Service (1989), Miyazaki worked as an in-between artist (an animator responsible for crafting smooth transitions between key frames) at Toei Animation. After quickly climbing the ranks of the studio, he was promoted to chief animator.

In 1971, he parted ways with Toei Animation. He then worked with A-Pro, Nippon Animation, and Telecom Animation Film before directing Nausicaä of the Valley of the Wind (1984), a motion picture based on his most successful manga series.

Well-received and relatively profitable, this film is regarded as a turning point for Miyazaki's career. In addition to showcasing Miyazaki's skills as a director, storyboard artist, scene painter, and character designer, the movie laid the groundwork for Miyaki's tendency to include “strong female leads—brave, self-sufficient girls that don't think twice about fighting for what they believe with all their heart,” Miyazaki said in 2013. “They'll need a friend, or a supporter, but never a savior. Any woman is just as capable of being a hero as any man.”

He never starts his films with a script. 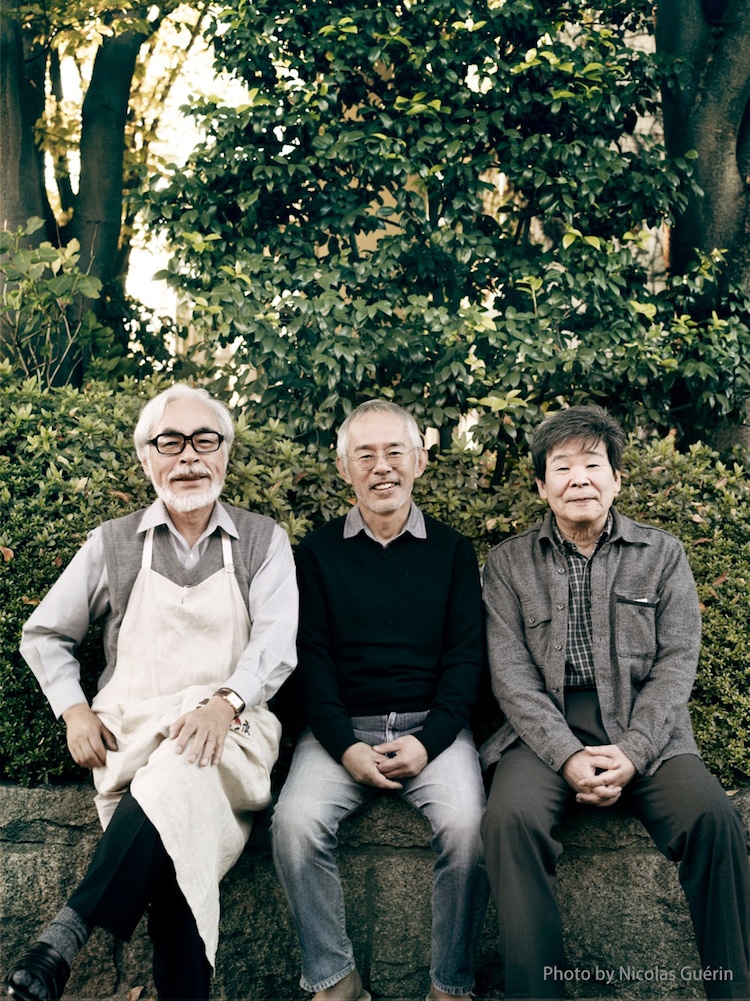 On the heels of Nausicaä of the Valley of the Wind‘s success, Miyazaki co-founded Studio Ghibli with Isao Takahata and Toshio Suzuki. Since the studio made its grand debut in 1985, Miyazaki has directed 8 films, including beloved classics like My Neighbor Totoro (1988), an enchanting film about forest spirits, and Ponyo (2008), a movie about a boy who befriends a goldfish princess.

A key part of Miyazaki's filmmaking process is the creation of storyboards, a series of images that help map out a movie's sequence of events. While a storyboard is an important part of any animated film, they mean even more to Miyazaki, who foregoes screenplays for spontaneity—for better or for worse.

“I don't have the story finished and ready when we start work on a film,” he said in a 2002 interview. “I usually don't have the time. So the story develops when I start drawing storyboards. The production starts very soon thereafter, while the storyboards are still developing. We never know where the story will go but we just keeping working on the film as it develops. It's a dangerous way to make an animation film and I would like it to be different, but unfortunately, that's the way I work and everyone else is kind of forced to subject themselves to it.”

He has dabbled in CGI.

Another movie-making tool that has featured little in Miyazaki's process is computer-generated imagery. Unlike other mainstream animation houses, Studio Ghibli has steered clear of CGI—for the most part.

While, historically, films by Miyazaki are always at least 90% hand-drawn, he does not doubt CGI's merits—just its modernity. “Actually I think CGI has the potential to equal or even surpass what the human hand can do,” he said in 2005. “But it is far too late for me to try it.” Less than a decade later, however, he decided to try his hand at it, and Boro the Caterpillar, a critically-acclaimed short film rendered entirely in CGI, was born.

Released in 2016, Boro the Caterpillar is only shown at the Studio Ghibli Museum. However, you can get a glimpse into its production process in Never-Ending Man, a documentary detailing Miyazaki's life post-retirement—for the second time.

He has retired twice. 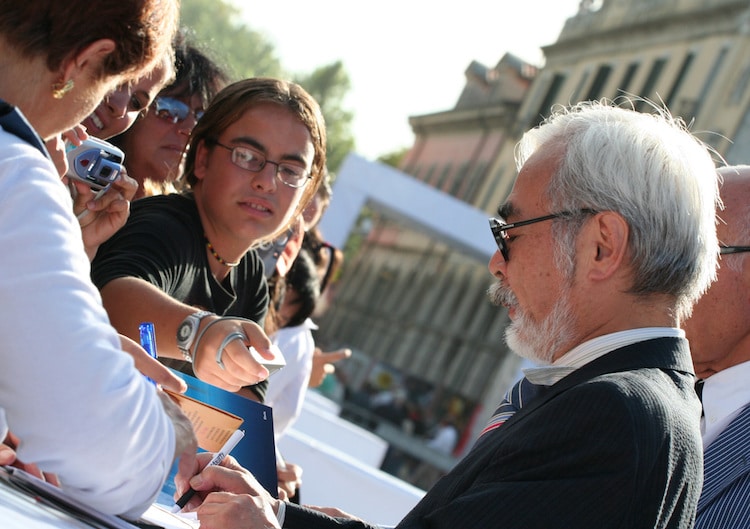 That's right. Miyazaki retired in 2013—and not for the first time. Following the release of Princess Mononoke in 1997, the legendary animator announced his intentions to retire. By 2000, however, he was back at the drawing board, and Spirited Away, one of his most highly acclaimed films, debuted the following year.

Miyazaki again retired in 2013, but, fortunately, reversed his decision in 2016. Now, he has a new feature film—Kimi-tachi wa Dō Ikiru ka, or “How Do You Live?”—in the works. While neither Miyazaki nor Studio Ghibli have divulged much information on the film, it's sure to delight faithful fans and new viewers alike.

Celebrate living legends! Share
Like My Modern Met on Facebook
Get Our Weekly Newsletter
Become a
My Modern Met Member
As a member, you'll join us in our effort to support the arts.
Become a Member
Explore member benefits