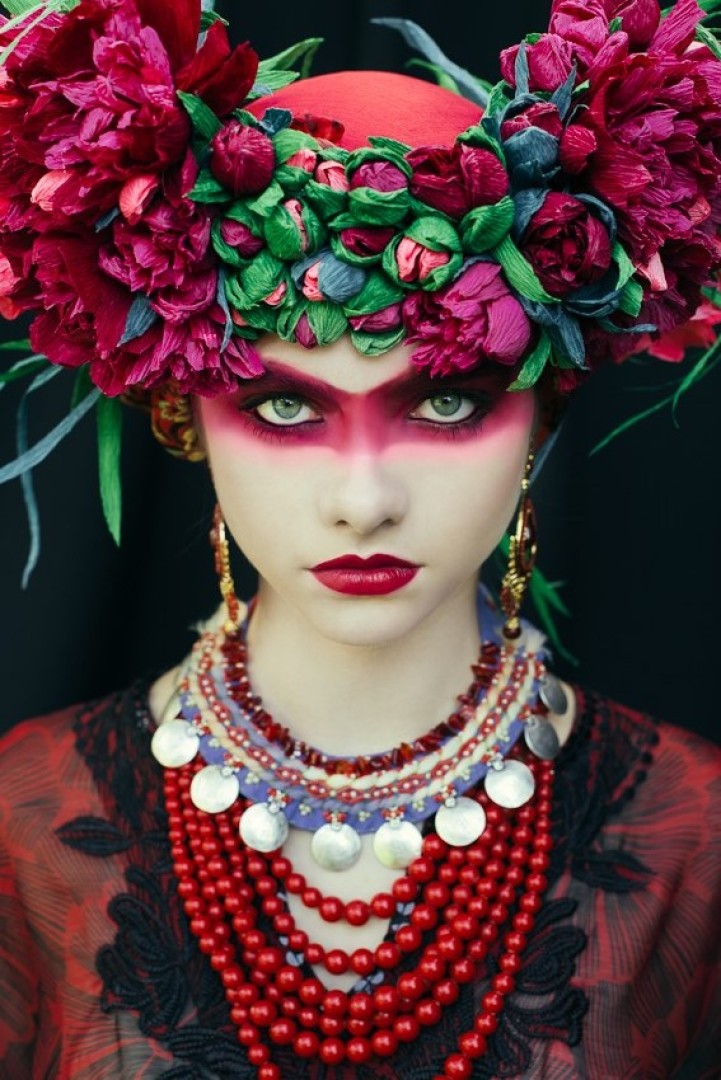 From the bright beads to the bold makeup to the bouquets balanced as exuberant crowns, these photographs by Ula Kóska are rich with color, pattern, and texture. Created in collaboration with makeup artist, stylist, and costume designer Beata Bojda, the images comprise a series called Etno, an abbreviation stemming from the word “ethnography.” Kóska and Bojda have paid homage to their shared Polish roots by featuring craftsmanship that’s likely to surprise those unfamiliar with the country’s culture: though appearing remarkably realistic, the featured flowers are handmade entirely from paper.

In early Polish folk tradition, floral wreaths were worn for both religious and secular ceremonies, like marriage celebrations and Easter festivals. When the manufacturing of decorative paper and cigarettes arose in the late nineteenth and early twentieth centuries, the “handicraft paper” movement re-imagined those earlier headdresses with hand-created paper blooms. Many crafting methods emerged and shifted overtime, from cutting to rolling the material, contorting it into delicate petals and leaves.

Here, Bojda used a twisting technique that hails from Opoczno in south-central Poland, then glued the faux blossoms to cardboard forms to create newfangled headdresses with elaborate and eye-catching flair. She paired each piece with vintage clothing and jewelry, then finished every model’s look with modern makeup, adding bits of fabric and other 3D ornaments. Shot by Kóska, the final portraits appear at once otherworldly and archival, both avant-garde and infused with ancient inspiration. 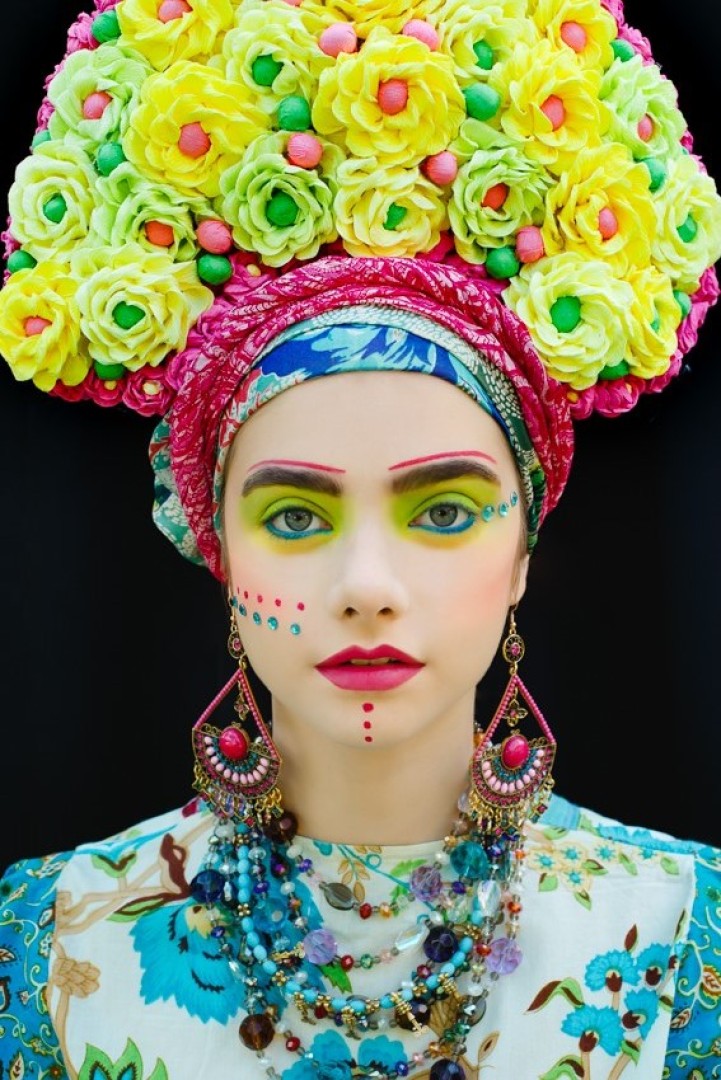 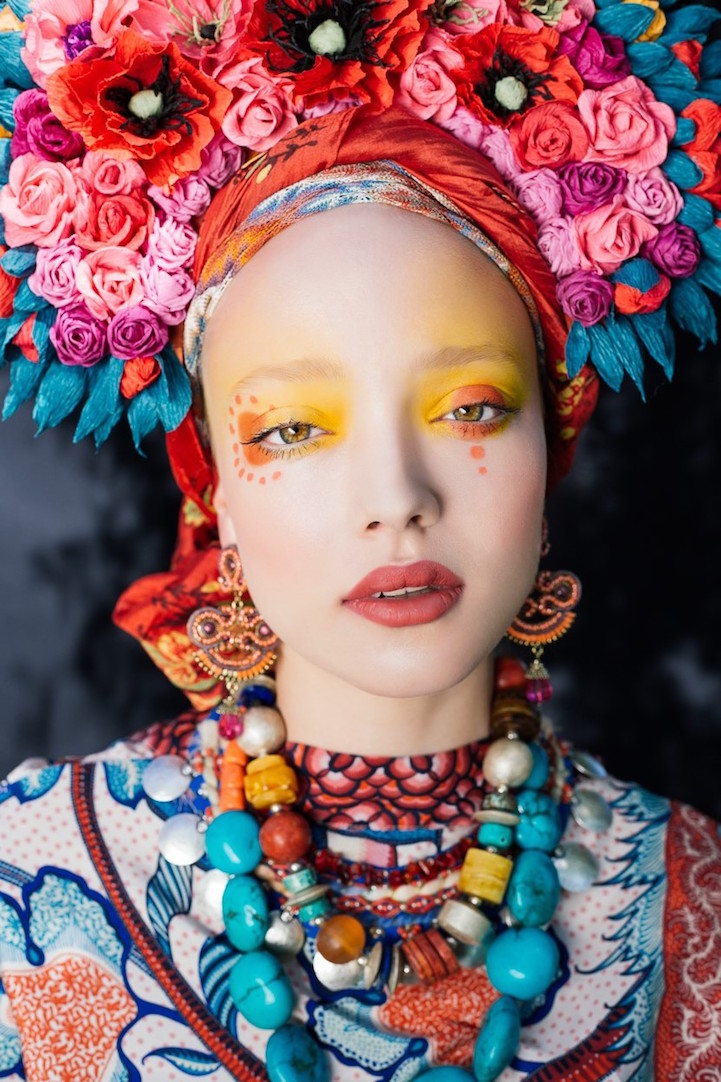 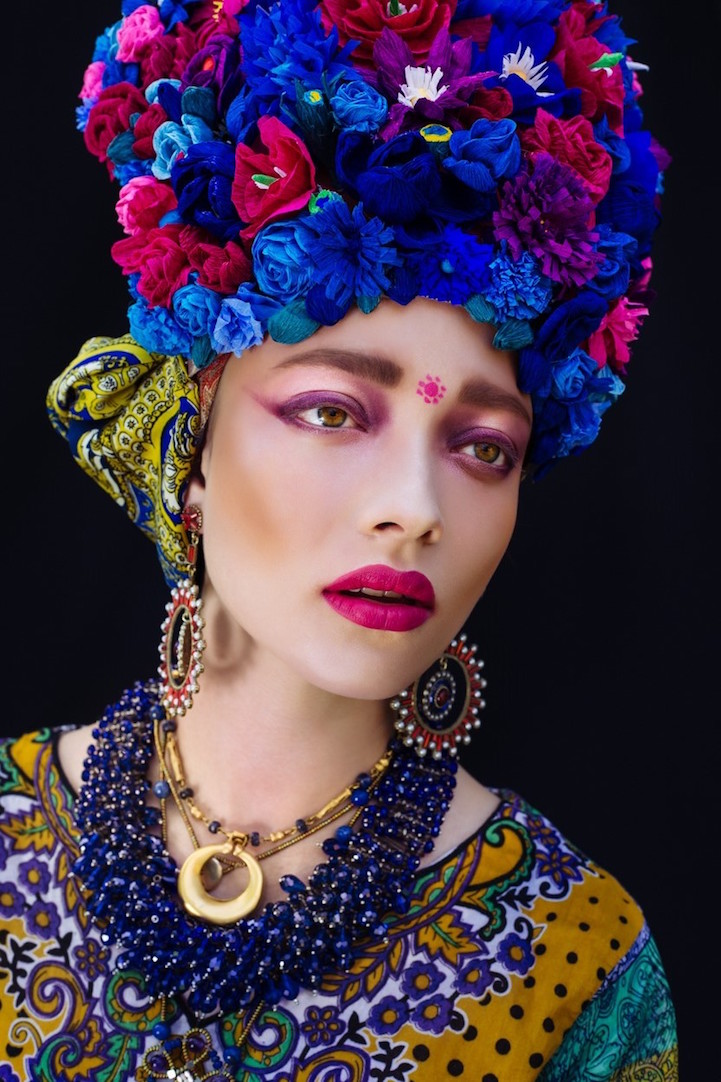 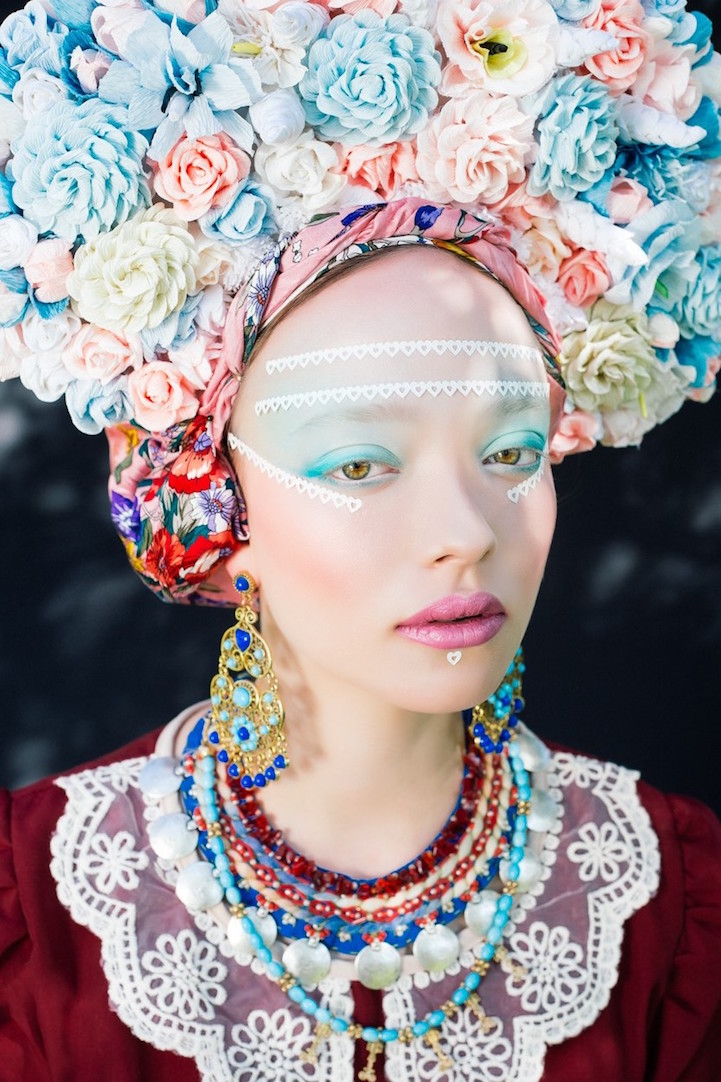 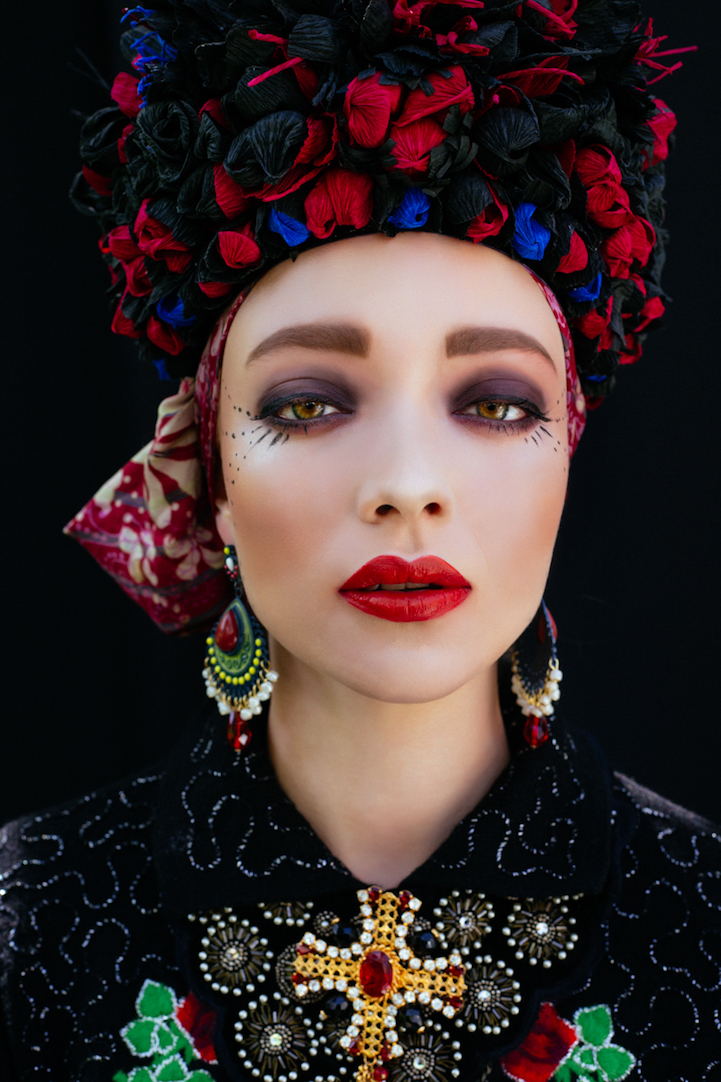 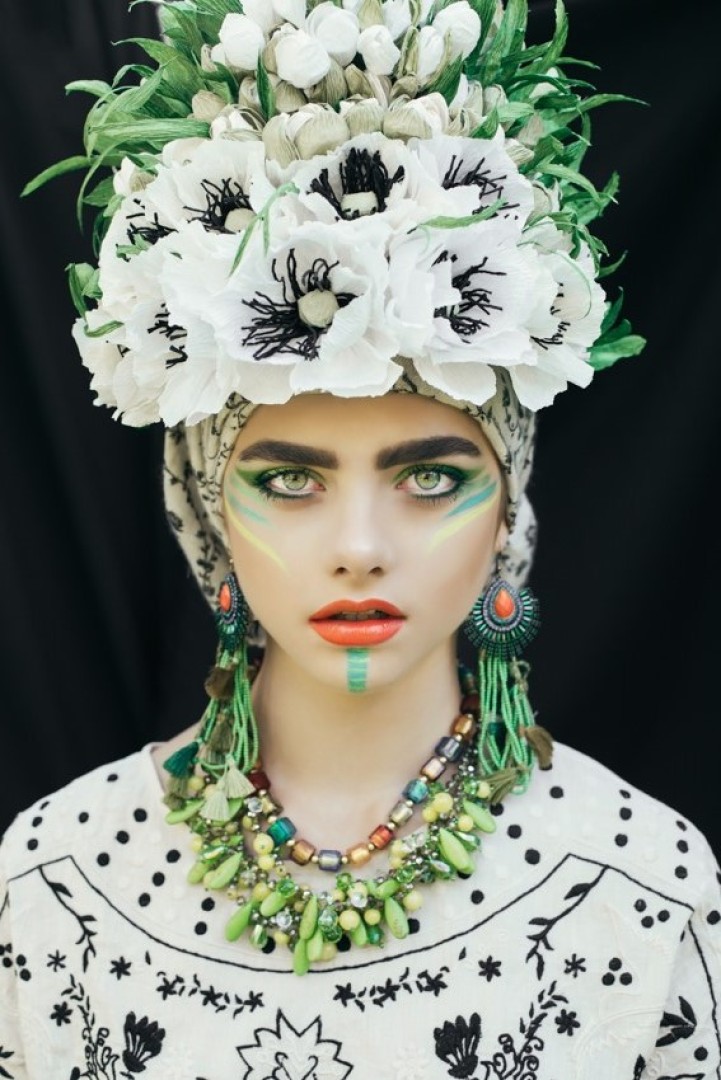 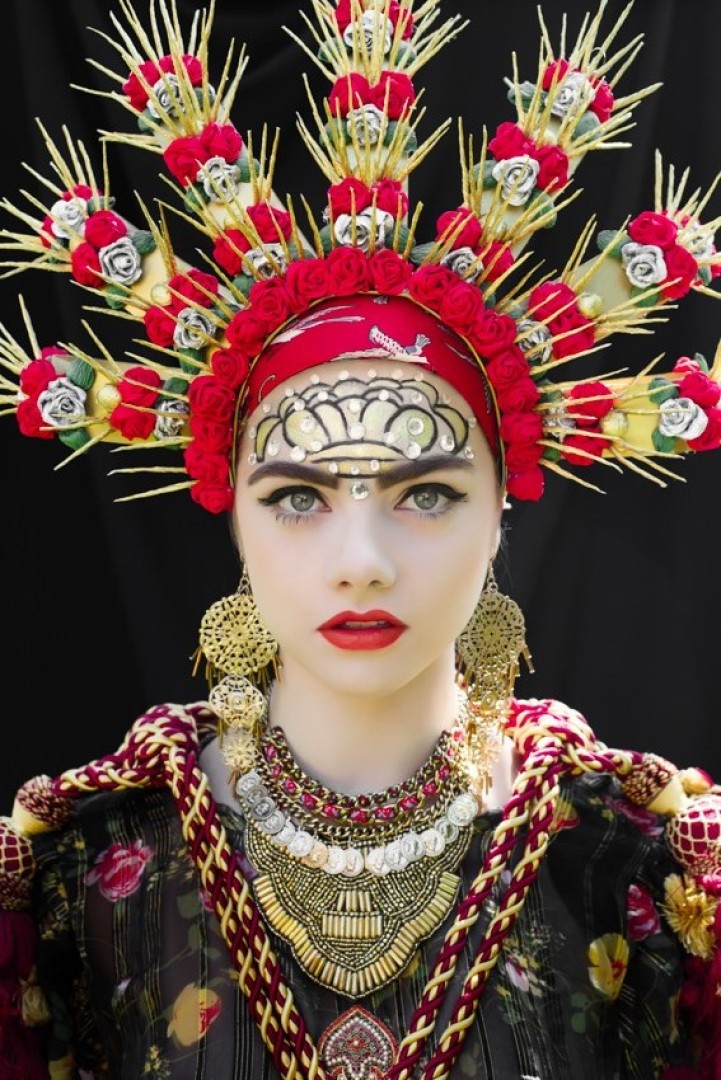 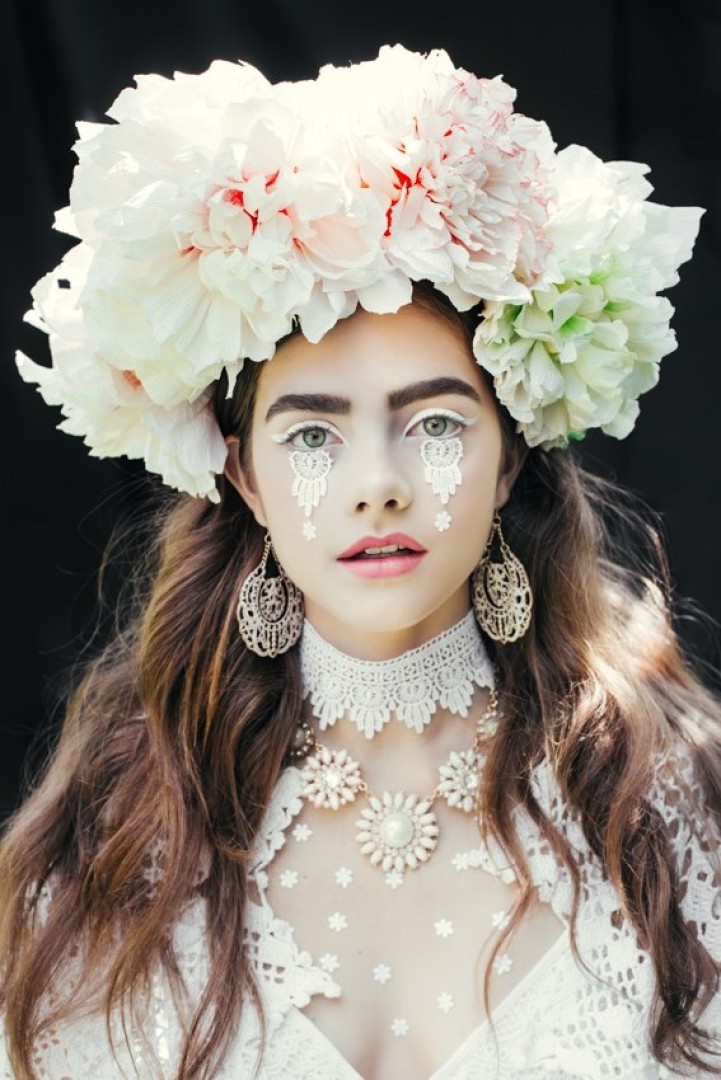