Interview: Photographer Documents 33 Women Before and After They Became a Mom 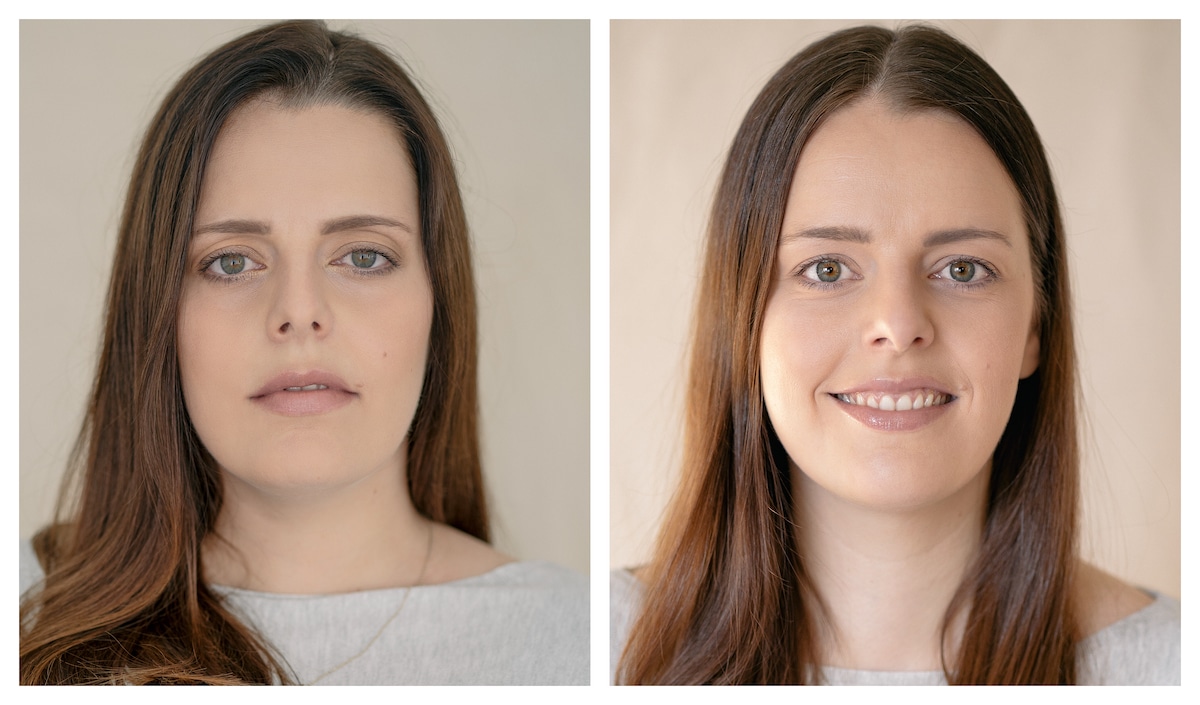 There are few things in life that have a bigger impact than becoming a parent. Motherhood, in particular, changes a woman in profound ways—not just physically, but emotionally, too. Photographer and mother Vaida Markeviciute-Razmislavice noticed her own transformation before childbirth and after her son was born. She explores the idea on a larger scale through her project Becoming Mother, in which she documented 33 women at these two critical times in their lives.

Markeviciute-Razmislavice focuses on the eyes as a pathway to the moms’ thoughts and feelings. To ensure that this facial feature is the centerpiece of the composition, she opted for a simple backdrop (akin to passport photos) and shot their portraits from above the shoulders. “I wanted to highlight women’s gaze,” she tells My Modern Met, “taking away everything that would interfere with it (i.e. the belly).” The results are subtle side-by-side images in which the details of each woman’s motherhood experience often lies hidden. It's a fact that Markeviciute-Razmislavice relishes about the project. “Behind every portrait,” she explains, “there is a woman’s story, her unique journey, her transformation.”

We spoke to Markeviciute-Razmislavice about her Becoming Mother project, including what went on behind the scenes. Scroll down for our exclusive interview. 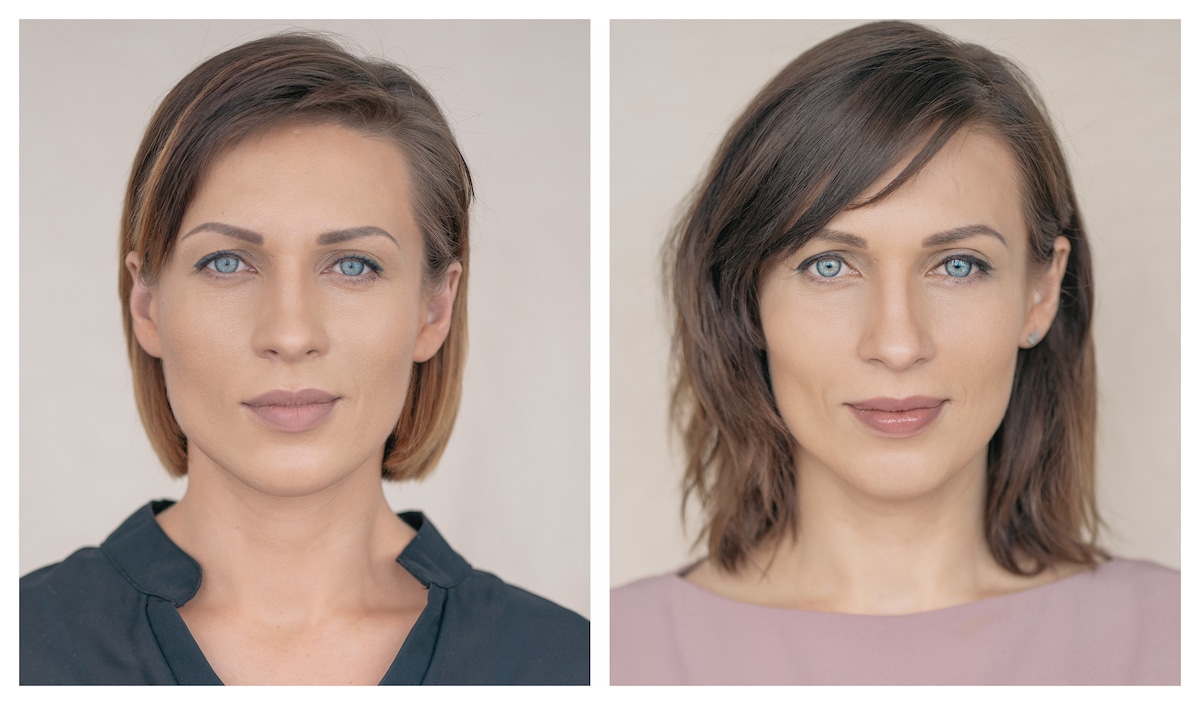 What inspired the Becoming Mother project?

Throughout my adult life, I have met many women who saw motherhood as an obstacle to reaching something “greater,” as if it stopped them from something. However, I have also met living evidence that it is up to you only, how your life will change. Motherhood can become a jail, but it also can free you from old concepts and attitudes that no longer serve you by transforming you into this wise woman who knows and sees more than ever before.

I have noticed (and witnessed) many times how the gaze of a woman changes when she becomes a mother. This only confirms what tremendous transformation motherhood is.

In fact, I have noticed that our gaze changes after any strong experience throughout our lives. I found it very interesting to explore motherhood in this light. 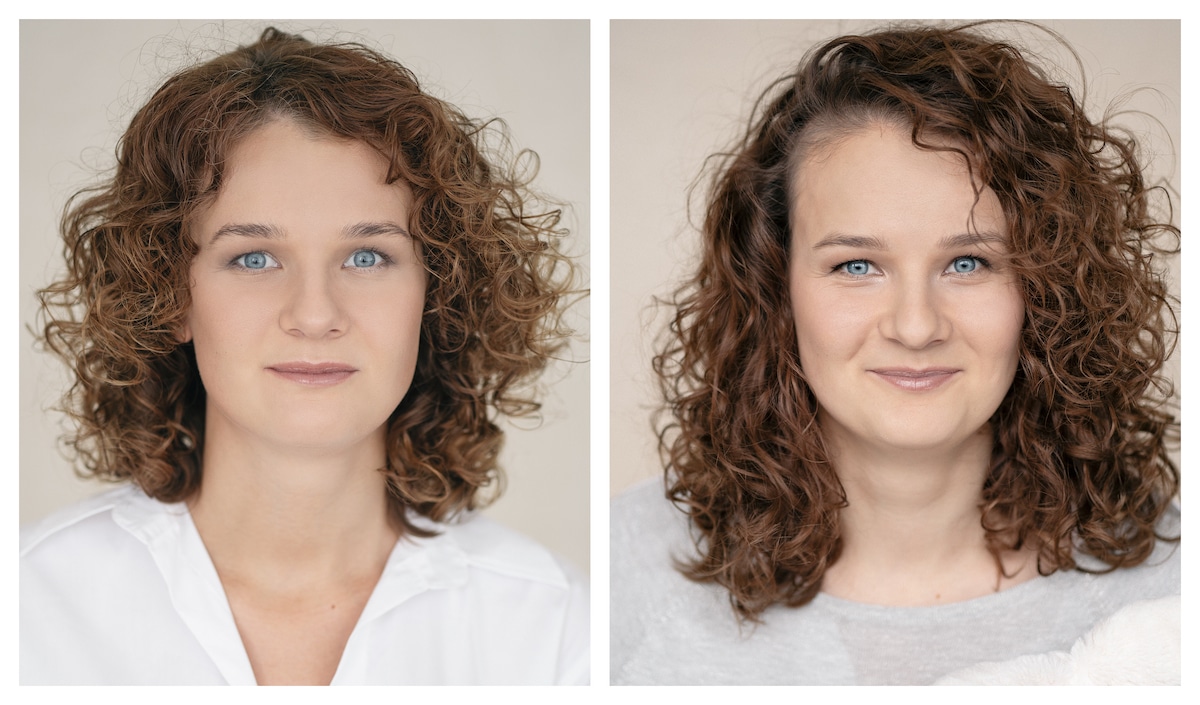 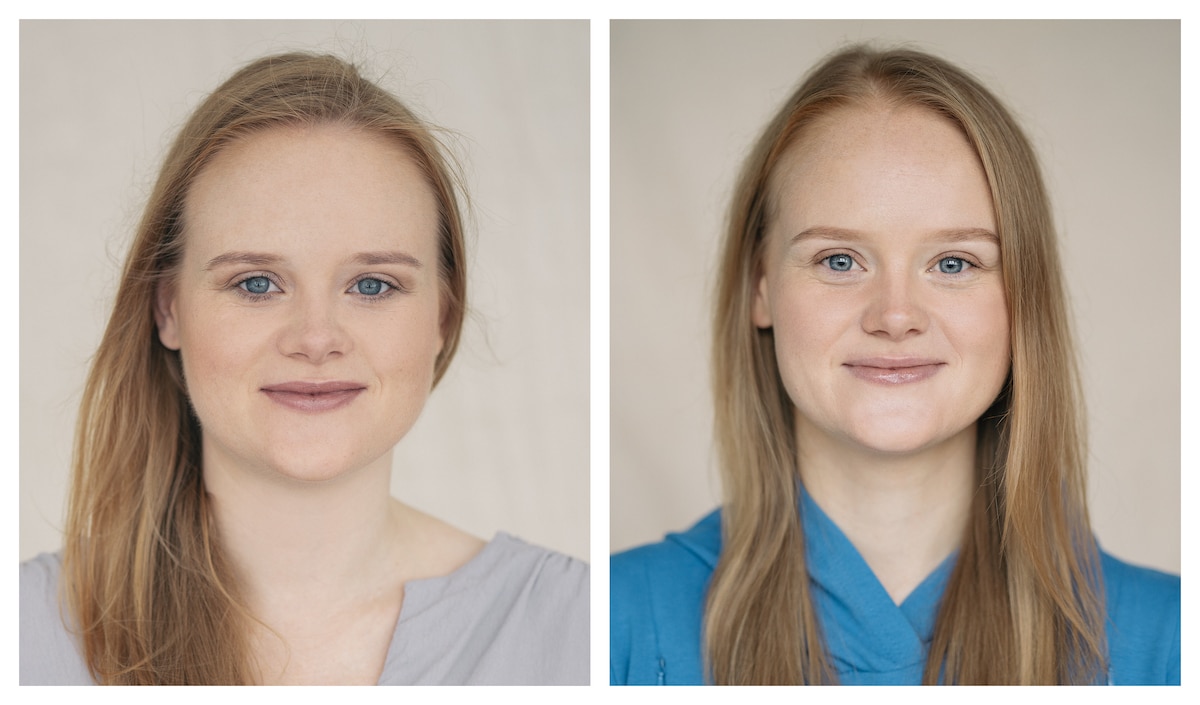 How did you find women to photograph?

I posted an invitation and briefly introduced the Becoming Mother project on my Facebook page. The same week, several Lithuanian web portals shared a short article about the Becoming Mother project, and that’s how I and the mothers-to-be found each other. Some women came because their husband, mother, or friend shared my invitation, and encouraged them to participate. There were more than 100 candidates; however, I had to close registration as me and my family decided to go abroad for six months. From the lucky candidates, some didn’t make it until the photoshoot—they gave birth before we started.

When it comes to “choosing” the candidates, there was no selection, however there were three conditions raised: one, to be pregnant with the first-born; two, to participate in the second photoshoot within the first 3 months after the baby (or babies) were born; and three, allow unlimited publication of the two portraits. 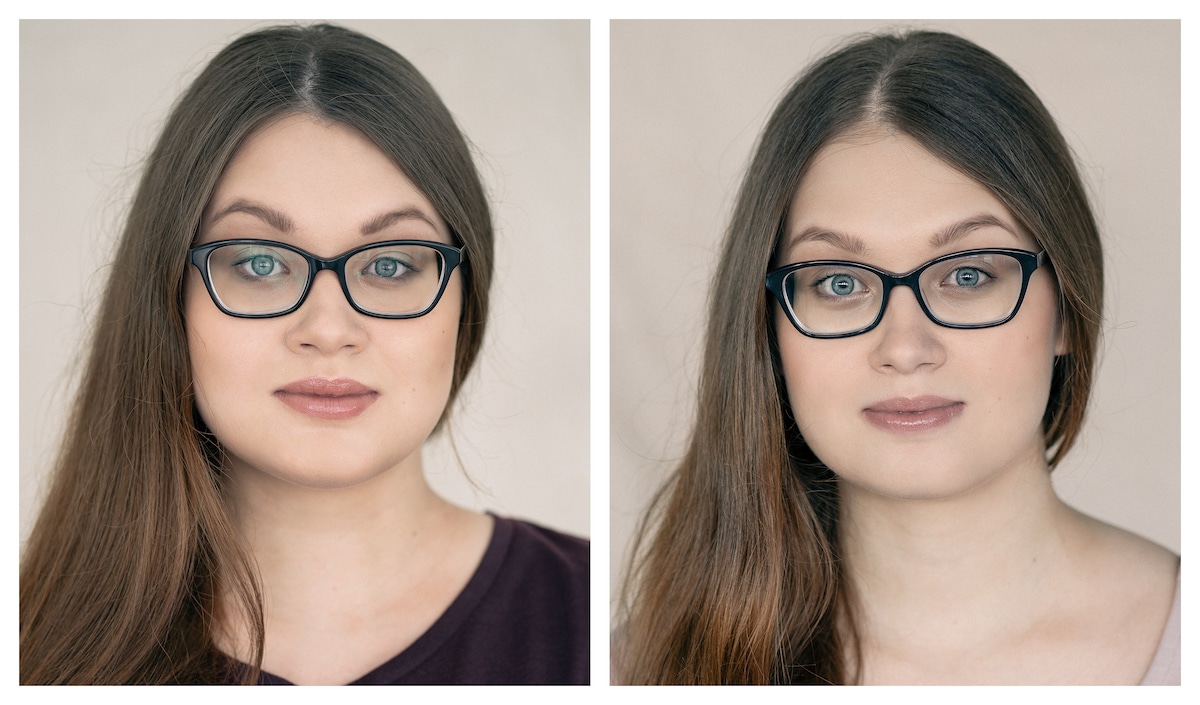 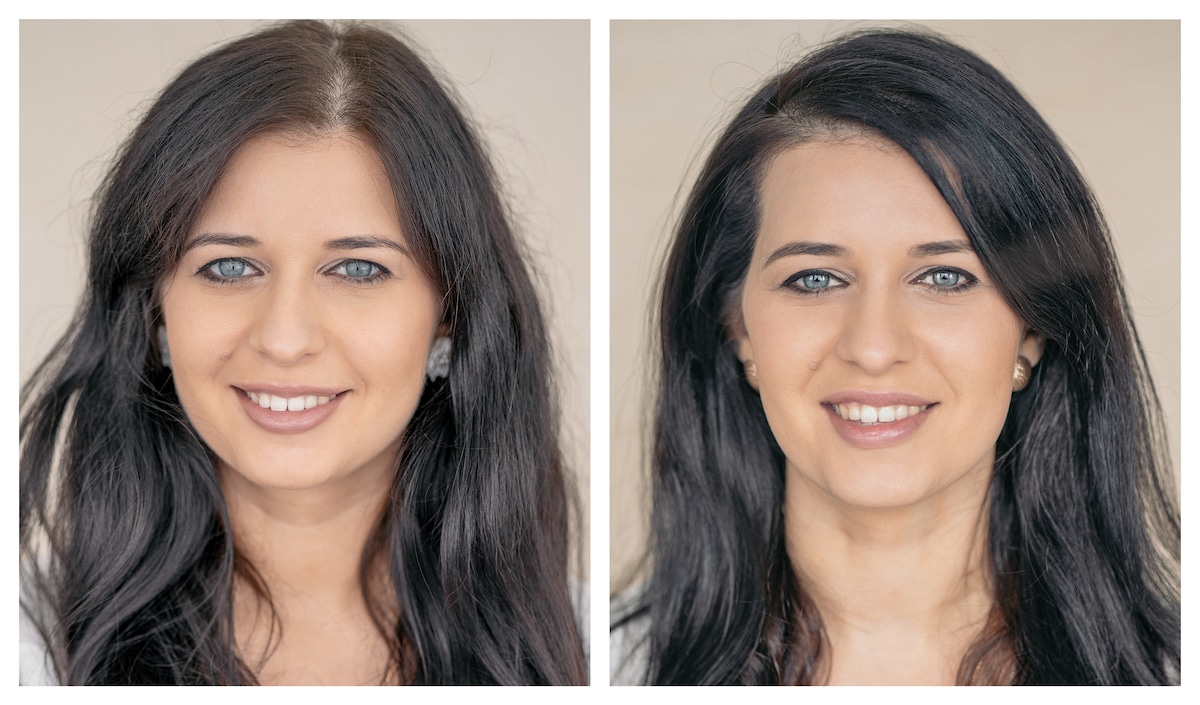 What was the process for capturing their portrait?

For this project, I chose a very simple format, as if I was taking passport photos. I wanted to highlight women’s gaze, taking away everything that would interfere with it (i.e. the belly). We organized photoshoot in a very private way—one or two make-up artists and my friend helping with the organizational matters in one corner of the spacious studio, and me and the model on the other, is not more than 2 models in the room at the same time. For the second shoot, we specifically looked for a studio accessible with strollers to allow women to come with the babies. Unfortunately, a different studio meant different lighting, which can be seen in the after portraits. I could have never thought that this would spark anger and negativity in people. However, thanks to this, Becoming Mother got even more attention. 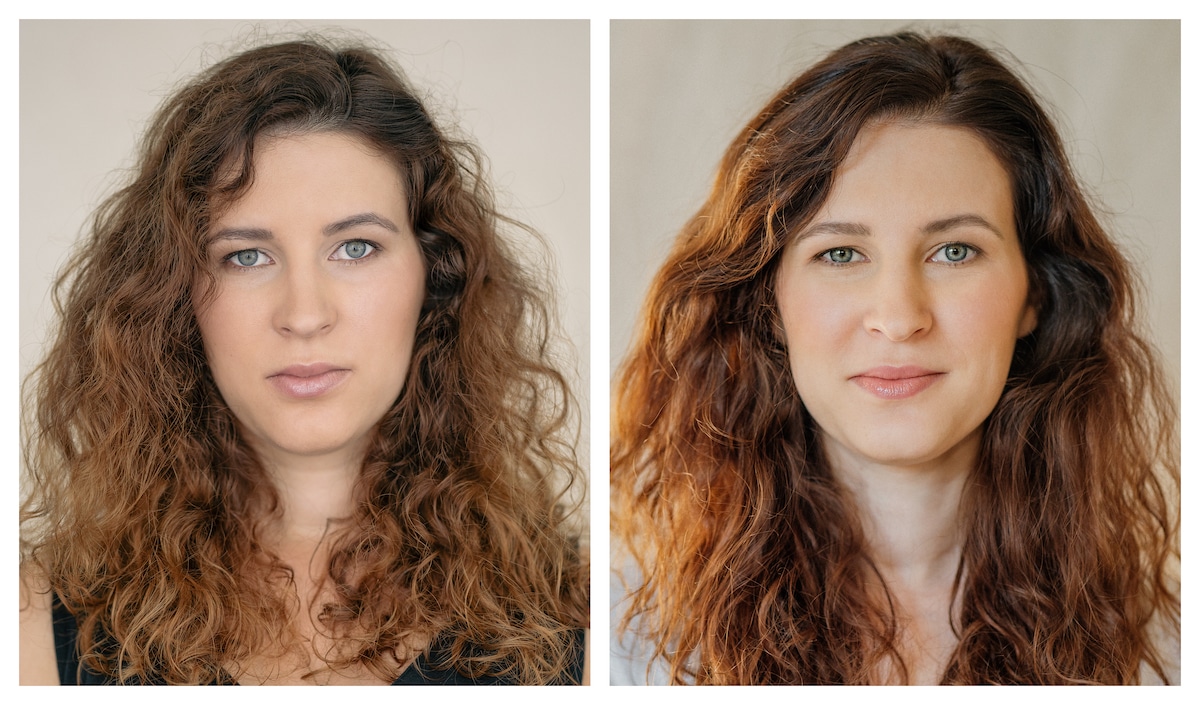 (continued) During the shooting, I asked women one question only: what motherhood meant to them. During the first shoot, to all the mothers-to-be, motherhood was all theory, imagining of how it will be based on what they read and heard from other women, internet, books, and media. Meanwhile, during the second photoshoot, most of them couldn't help smiling—they openly shared about the new experience they were having, which they couldn’t l have imagined. Women talked about the new challenges and this inner power they discovered, that no matter how impossible it may look at first, you just do it, sometimes even not realizing it was possible at first. New mothers shared how misleading some publicly available info can be, their strengthened intuition and connection they felt with their baby, and how their body helped them to navigate. There were so many different emotions flowing during the shoot. Some women burst into tears when asked what motherhood meant to them—and I let everything be and flow as is, waiting patiently until these tears dried out. The whole team, including myself, could not help wondering how different these women looked when they entered the studio for the second portrait. There was something intangible, very subtle and at the same time, deep, and evident. It is indeed rather hard for me to describe the changes the whole team witnessed. Some people see them, some don’t. It is vaguely possible to describe in detail the invisible behind the Becoming Mother portraits.

There were days when we worked from dusk till dawn, and the whole team was in an absolute abundance of energy from the things happening in the studio during the shoot. It was as if the air was filled with vibrant light and pure love. 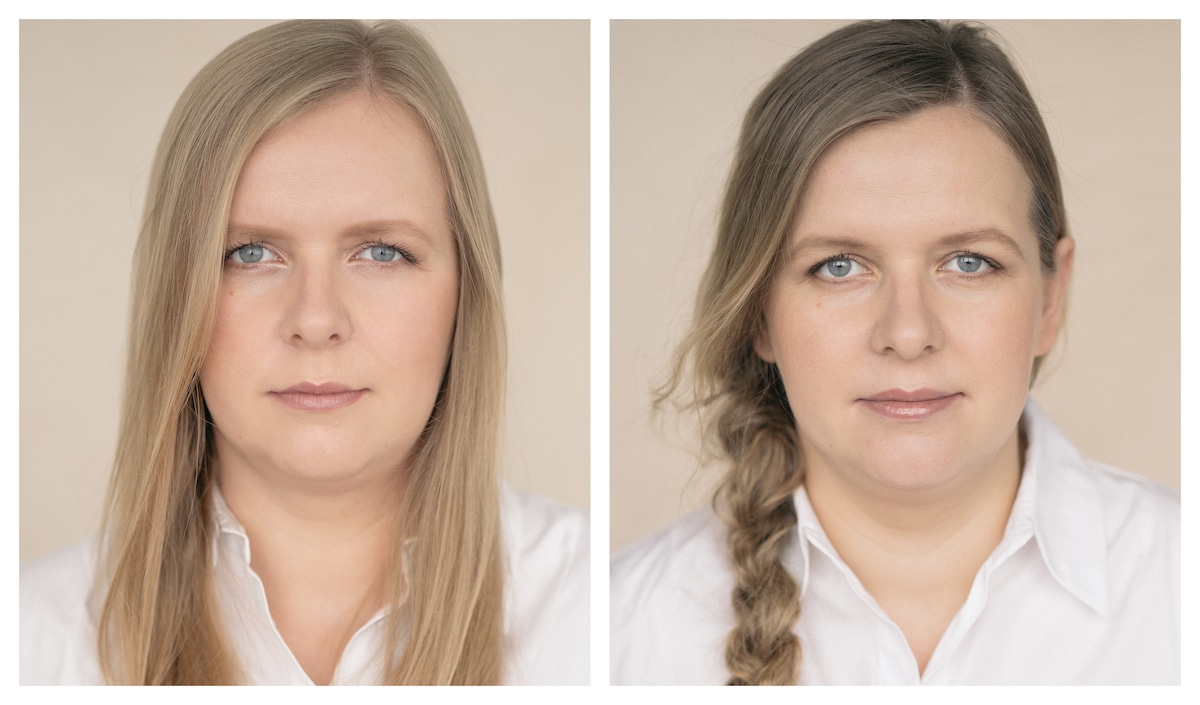 (continued) All of these details are hidden in the portraits. And this also translates into a very important message: there are things one cannot see with the naked eye, the simplest form can hide the complex content. Behind every portrait, there is a woman’s story, her unique journey, her transformation.

I had a very dedicated team who helped me with everything there was. My friend made the schedules so that there were no chaos or hustle for every woman to have her space. However, we did have some funny situations during the second-portrait photoshoot, when unexpectedly, there were a bunch of new moms with babies in the studio at the same time (some came earlier, and some were a little late) and all of the babies started to cry at the same time. The team became nannies in less than a second, and again, we all had to wait for the babies (and moms) to calm down to capture the portrait. At the time of the shooting, some women held their babies in their arms, some even breast-fed.

When the last woman become a mother, I breathed a sigh of relief and burst to tears. Only then did I realize how blessed these women and the Becoming Mother were—I couldn’t have imagined myself continuing the project if something bad had happened to any of the mothers or their babies. I feel so grateful for the support I got from my husband, my best friend, and a great team of make-up artists, studio owners, etc. who helped the Becoming Mother to see the light of day. 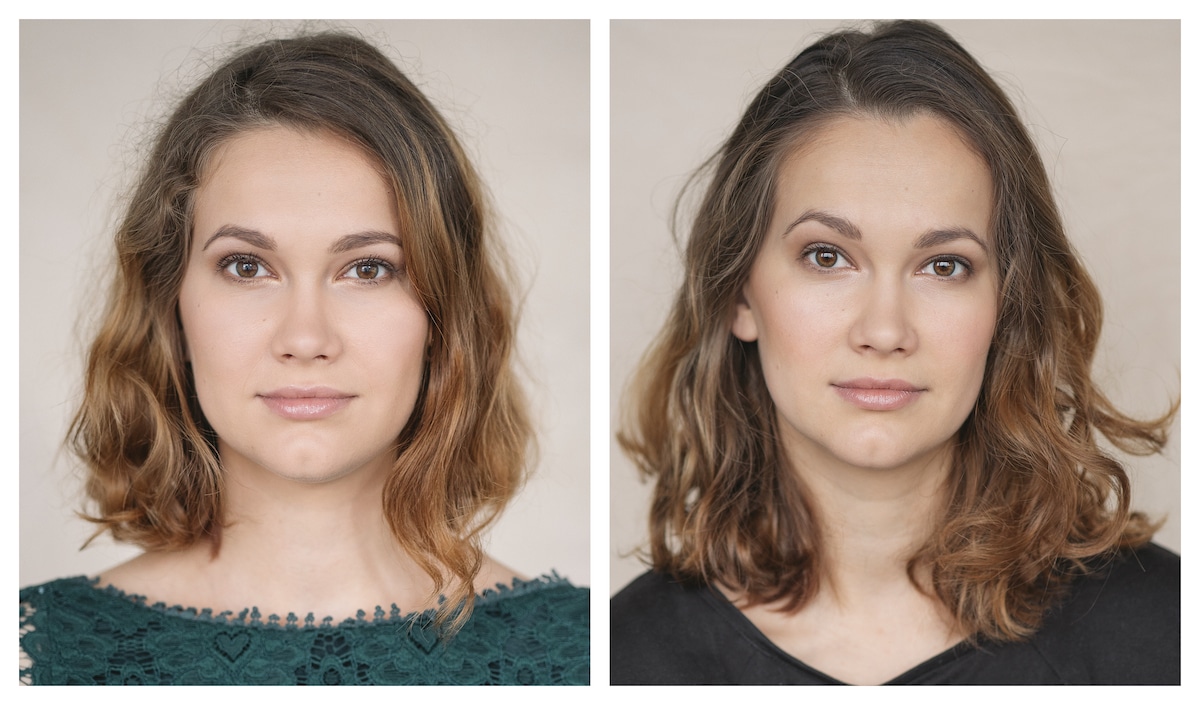 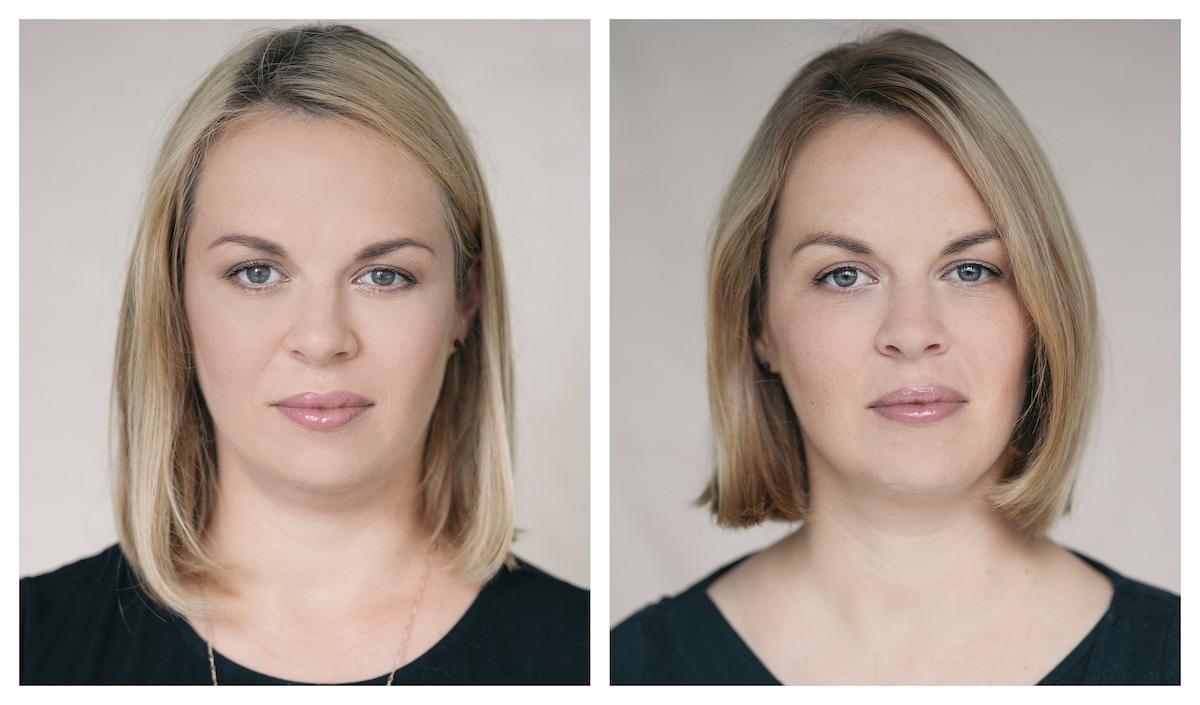 What have you learned since creating this series—about motherhood in general as well as yourself?

I came to an even deeper realization that motherhood is one of the woman’s missions in life, even though society tends to increasingly depreciate it. This is, of course, based mostly on my personal experience. It’s so natural for a woman to “give birth.” No matter who you are and what lifestyle you choose, in a woman’s life, giving birth can come in some many forms—giving birth to the ideas, projects. To me personally, Becoming Mother is my “child,” which I had carried for months, gave birth to for long hours, and finally showed to everyone.

You met these women while pregnant and then again after they gave birth. What were some of the biggest changes you noticed? 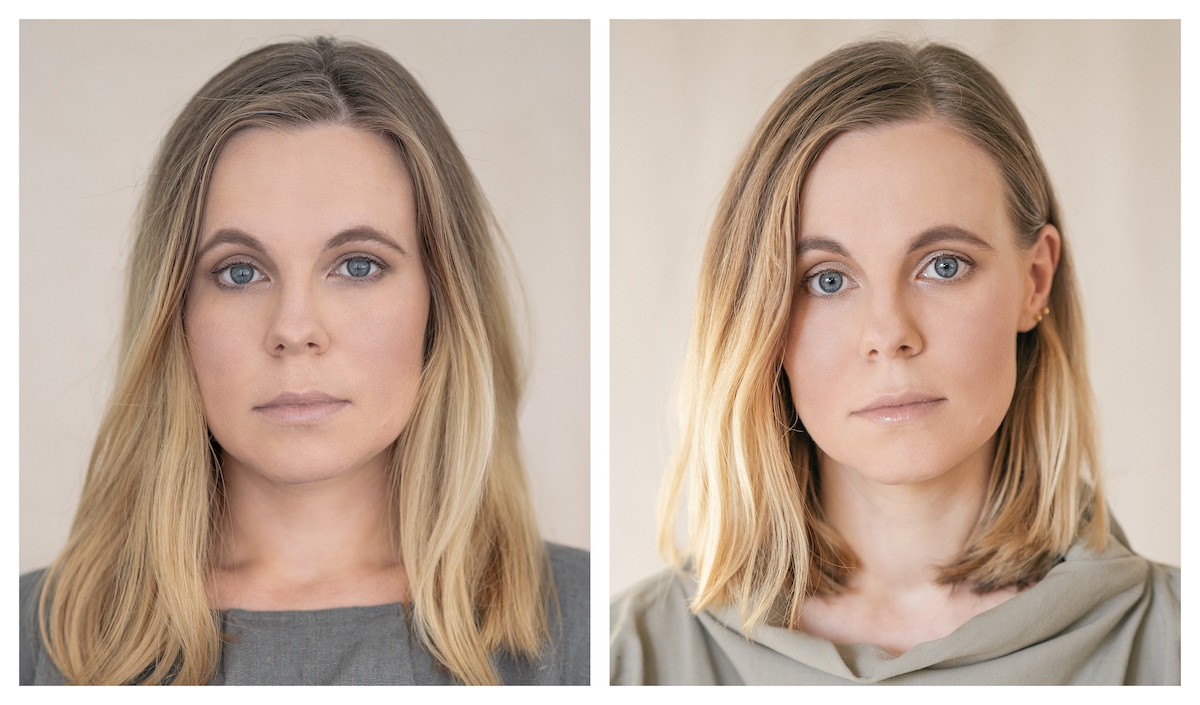 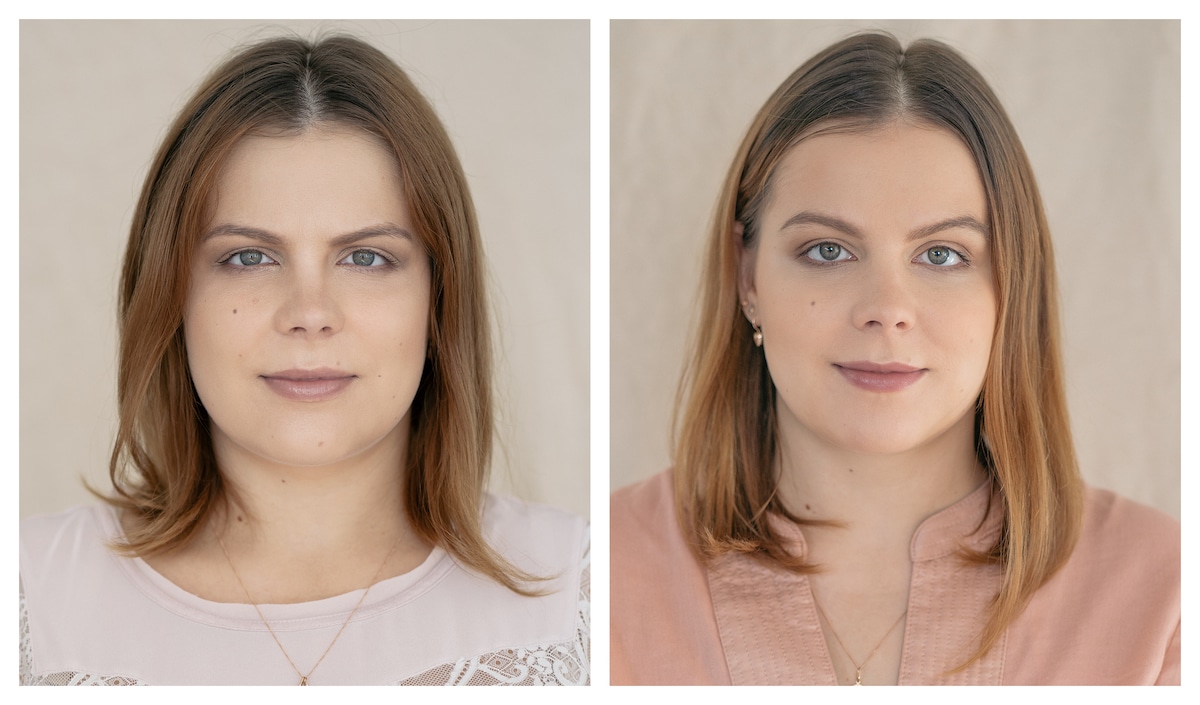 Motherhood, as you say, is an experiential journey that involves a lot of inner discovery. How did you work to convey these complex emotions in your portraits?

The question “what does motherhood/being a mother mean to you today?” and the mutual experience of being a woman and a mother served as a bridge between the two hearts. I always knew that to connect with another human being, you have to open up and let go of any fear—so I did open up completely and got the same in return. My experience became their inspiration, and theirs—my healing. I still find it hard to put all the feelings, and emotions that were flowing in the air during the shoots in words.

Becoming Mother sounds like it was an emotional process for you, in that it made you relive giving birth to your first son. What do you hope other mothers take away from this series?

When a woman becomes a mother, they connect with their natural part, the inner power, their intuition increases, they know things they never knew before. However, with modern values in the background, these awakened strengths fade, women get carried away by routine, they lose connection with their power. The Becoming Mother portraits are like a bridge between the two phases of a woman’s life, two different worlds. Let it serve as a reminder and a calling for women to remember their true nature, connect to their power, always listen to their heart, and always trust their intuition, and knowledge behind it. Motherhood is a door to something sacred, something outside the commonness, and it is only us who can (re)open it. 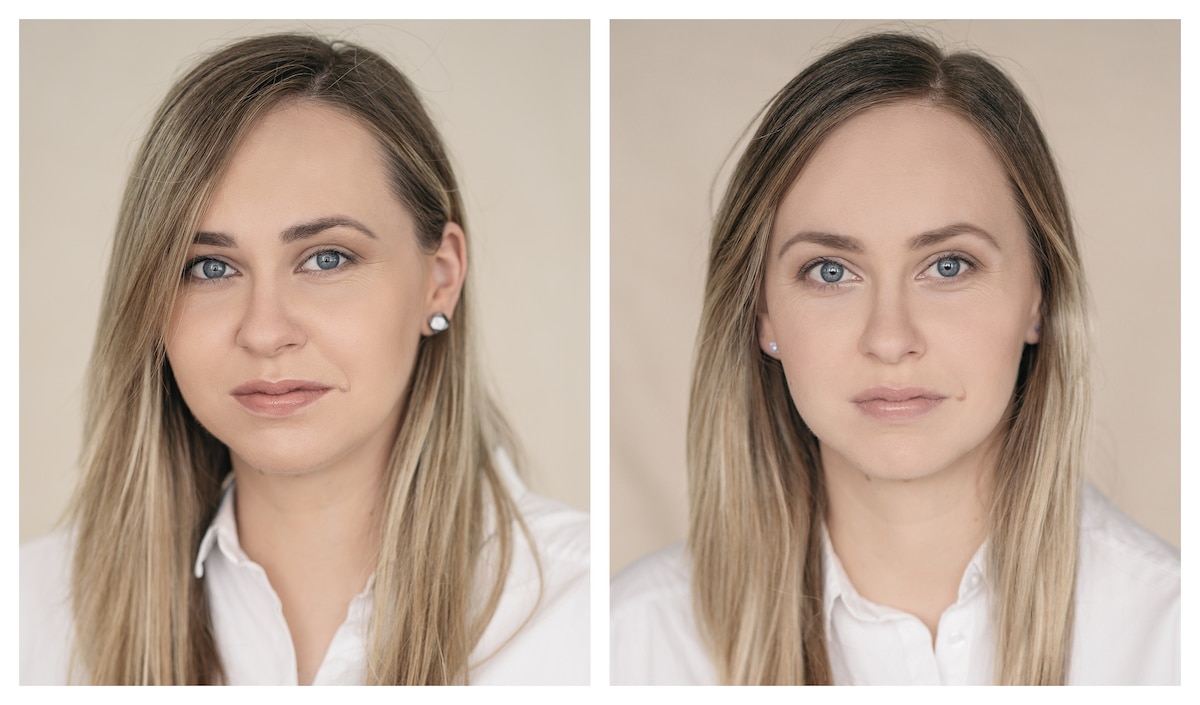 What are you working on now? Anything exciting you can tell us about?

Currently, I am “giving birth” to a project about the menstrual cycle. This is my way of inviting all girls and women to get to know the magic of a woman’s nature and discover the true connection we have with nature and cosmos. I wanted to touch the topic which is becoming increasingly popular these days—women are “awakening,” they are learning to accept and love themselves, and appreciate their true nature.

In fact, there are several projects on my list, including at least one that will involve men. There are so many topics I want to explore through the lens of my camera.

The Becoming Mother series helped me realize even better that to me photography is my voice, and I am willing to say whatever comes through me, no matter how uncomfortable it may seem.

Page 1/2
Know a new mom? Share
Like My Modern Met on Facebook
Get Our Weekly Newsletter
Become a
My Modern Met Member
As a member, you'll join us in our effort to support the arts.
Become a Member
Explore member benefits