Adorable Baby Bunny Uses Tiny Skateboard Wheelchair to Get Around 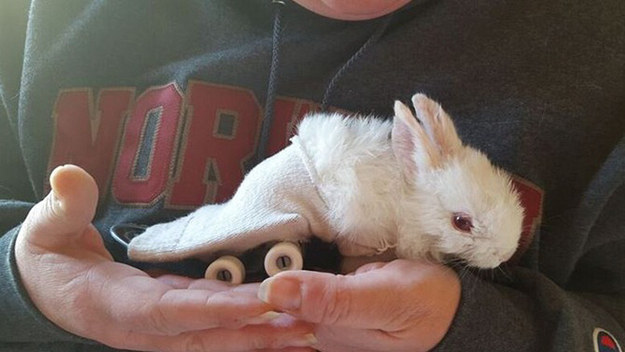 At upstate New York's Overlook Acres farm, there lives a baby bunny named Wheelz. Sadly, the young rabbit became paralyzed after being bitten by an aggressive adult bunny. Jason Ambrosino and his wife found him, hours later, off to the side in his nest box and he was nearly frozen. “My wife went in there, scooped him up, and wasn't sure if he was still alive,” Ambrosino told BuzzFeed. “Then she saw his nose move.”

Wheelz's human family wasn't willing to give up on the little rabbit, which is why Jason's wife Sonja used a finger skateboard, a bra strap, and a sock to make him a tiny wheelchair. “All the other bunnies are fascinated by his wheels,” Jason revealed. “He's so much faster than them. They'll come to sniff around the wheels, and he'll go dashing away.” However, Wheelz is growing fast and will soon need a newer, bigger wheelchair skateboard.

Since so many people have been uplifted by Wheelz's story of survival, both Jason and Sonja want there to be a children's book about him. To make this dream a reality, they created a Kickstarter page to fund the project and they're now looking for illustrators to participate.

Update: New information has surfaced about this story, since it was first published here. You can read more on The Dodo.

A potential design for Wheelz's book: 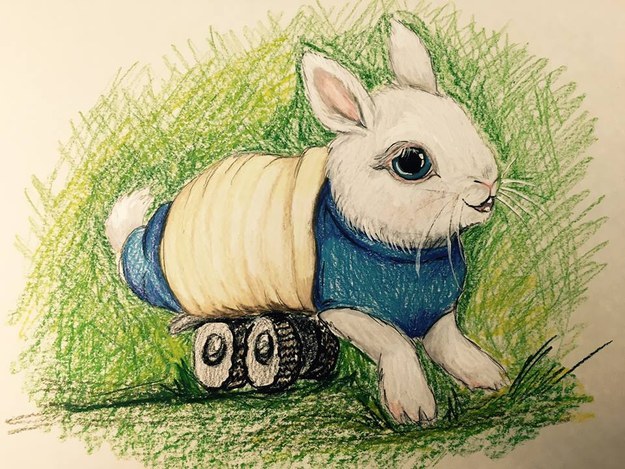