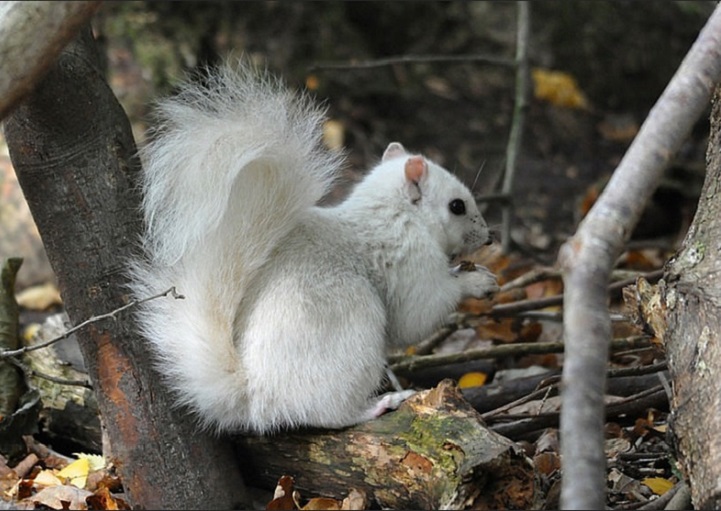 White squirrels are extremely rare in the wild. So, for wildlife photographer Andrew Fulton, snapping a picture of the adorable animal in the Marbury Country Park of Cheshire, England was an unusually lucky event. The population of grey squirrels hovers at around 5 million in the UK, and with only 4 white squirrels known in the country, Fulton’s little discovery is literally “one in a million.” He had heard about the squirrel through word of mouth, and patiently waited to get a few shots of the uncommon character.

White squirrels are almost always a variation of the Eastern Grey squirrel. Their appearance is caused by a genetic mutation known as leucism, which is the naturally occurring, though extremely rare, partial loss of pigmentation. Leucism is not to be confused with albinism, which is a different mutation resulting in lack of pigmentation and complete absence of melanin that is recognizable by the characteristic white appearance with red eyes and skin. Animals that have leucism retain normal eye and skin color. One reason white animals are so rarely seen in the wild is the strong natural selection that occurs against their phenotype. A white squirrel running through the woods is a much easier target for a predator to pick off than one that blends in with the surrounding environment, making sightings of these little creatures all the more special. 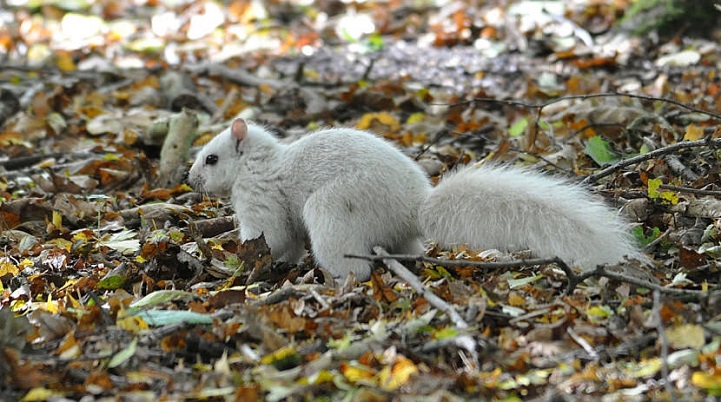 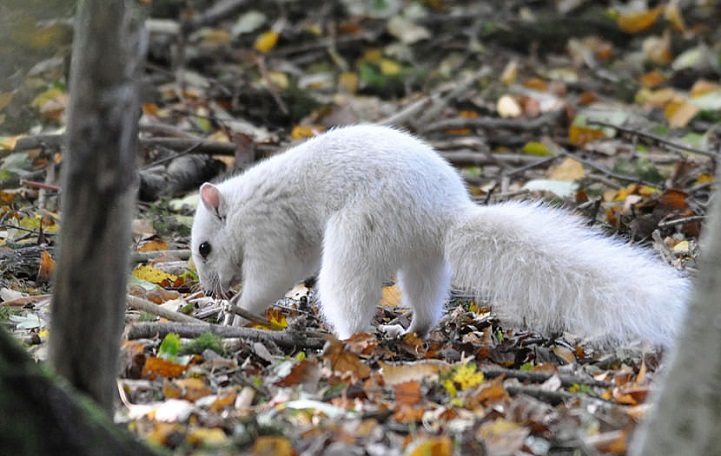 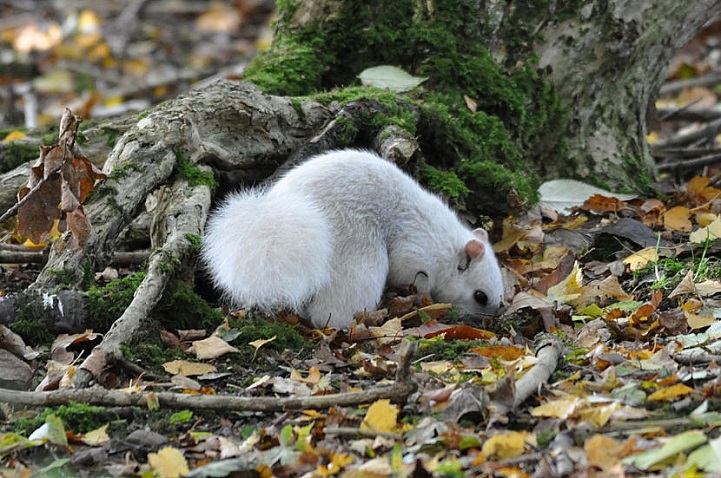 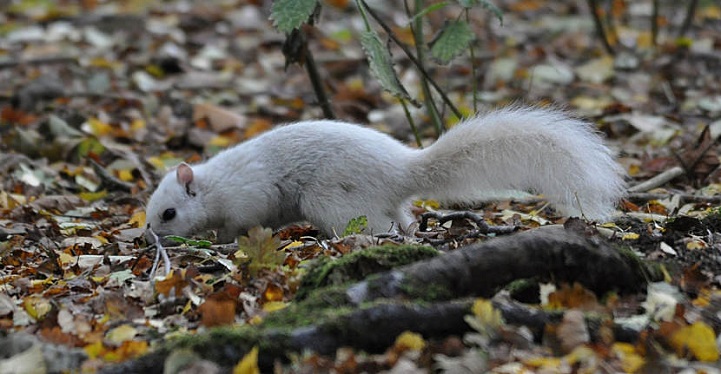 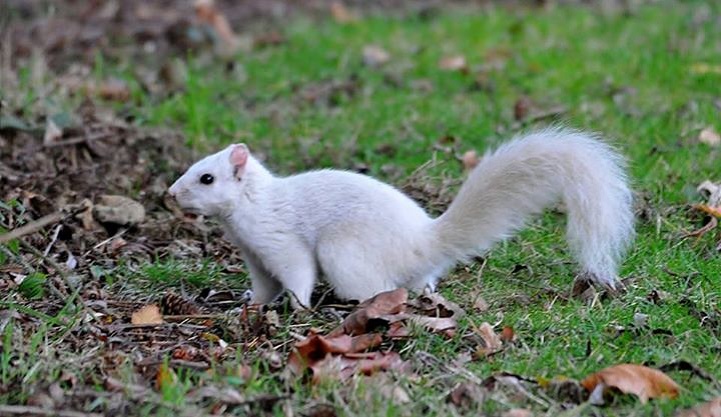