By Kristine Mitchell on November 2, 2015

Glass painter Wilfired Grootens is an artist from the German countryside with a very unique style. Using delicate swirls and tendrils painted onto layers of laminate glass, he assembles dozens of sheets together, and then sands them down to produce vivid three-dimensional paintings that appear to float in mid-air. When examined from different angles, his sculptures vary, perspective playing a huge role in each piece to successfully meld art with optical illusion.

Grootens apprenticed as a glass painter at a young age, before departing on a 10-year adventure to travel the world, including Asia and South America. Eventually he returned to his craft, furthering his studies in glasswork and eventually opening his own studio. With his glasswork, Grootens fills “transparent geometric spaces [with] visual explorations [and] surprising shape variations.” Known for his style of precise, linear brush strokes that form stunning floating spherical images, the artist draws inspiration from natural phenomena, with pieces resembling microscopic organisms or the first few milliseconds of an atomic explosion, frozen in time.

A selection of Grootens's painted globes suspended in glass cubes will be on display at the SOFA Expo Chicago, through Habatat Galleries, beginning November 5th. 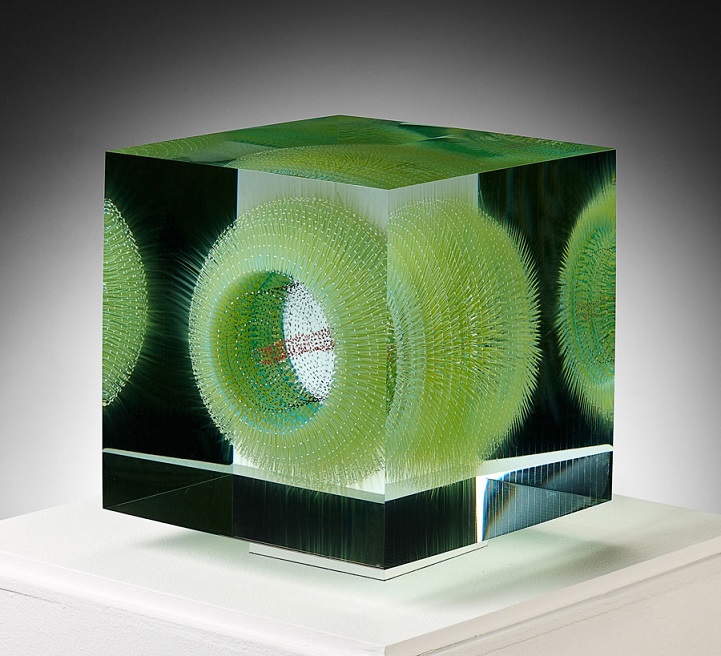 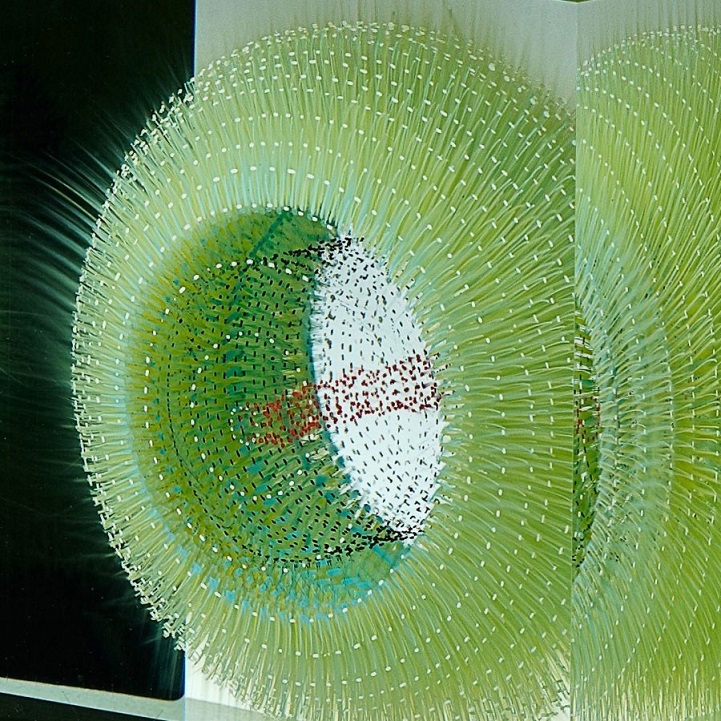 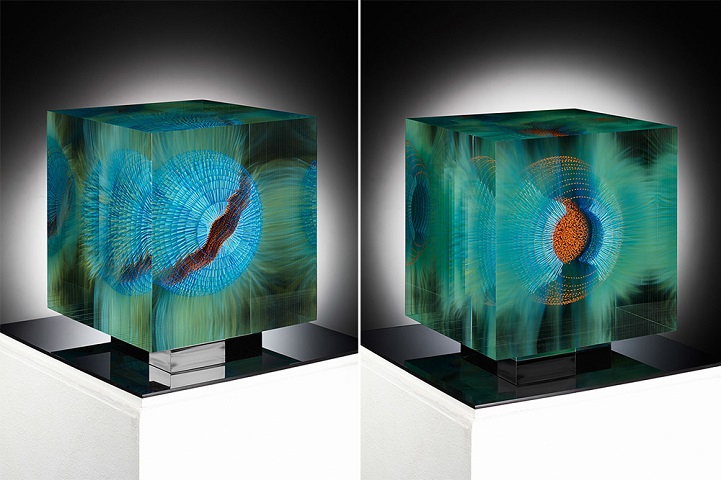 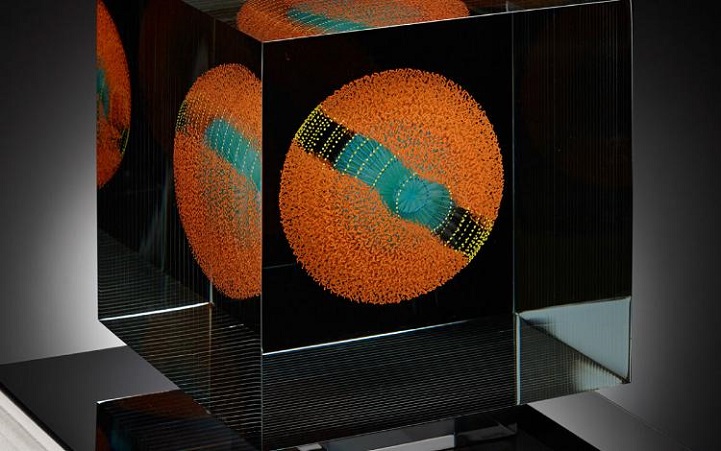 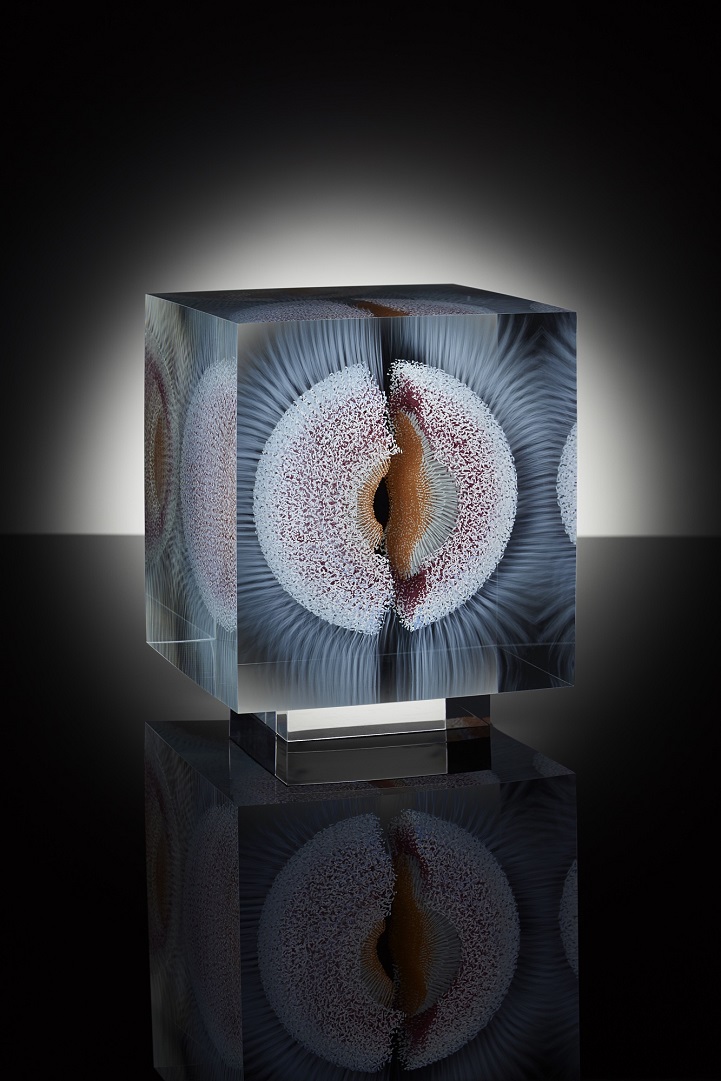 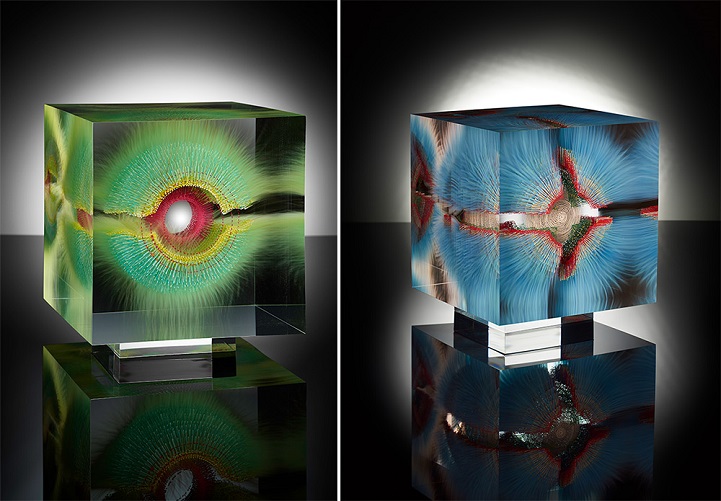 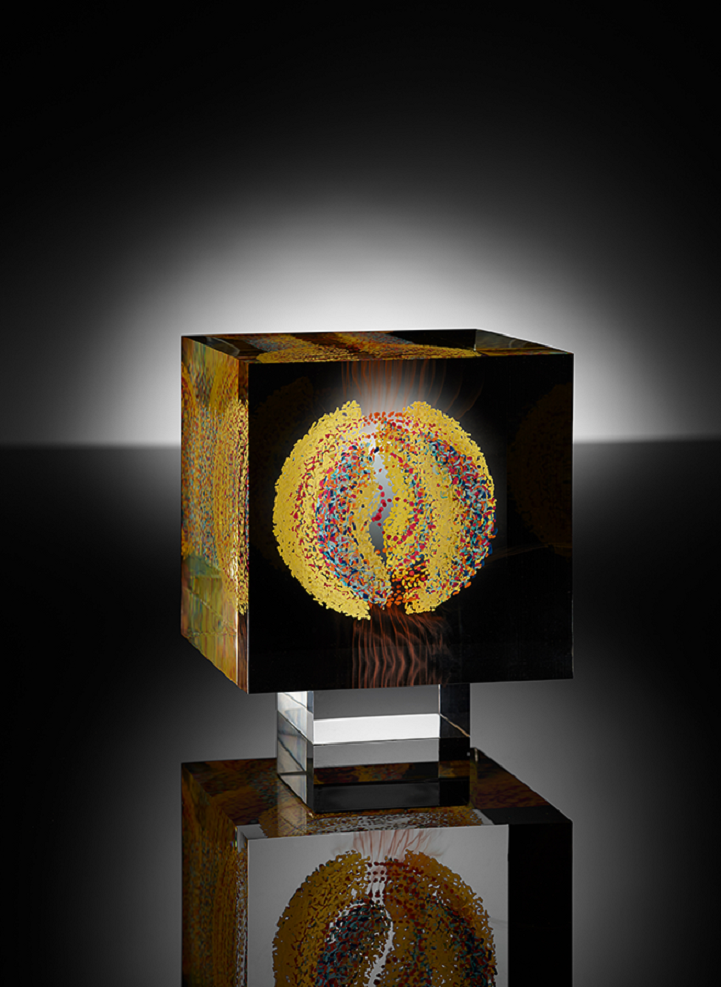 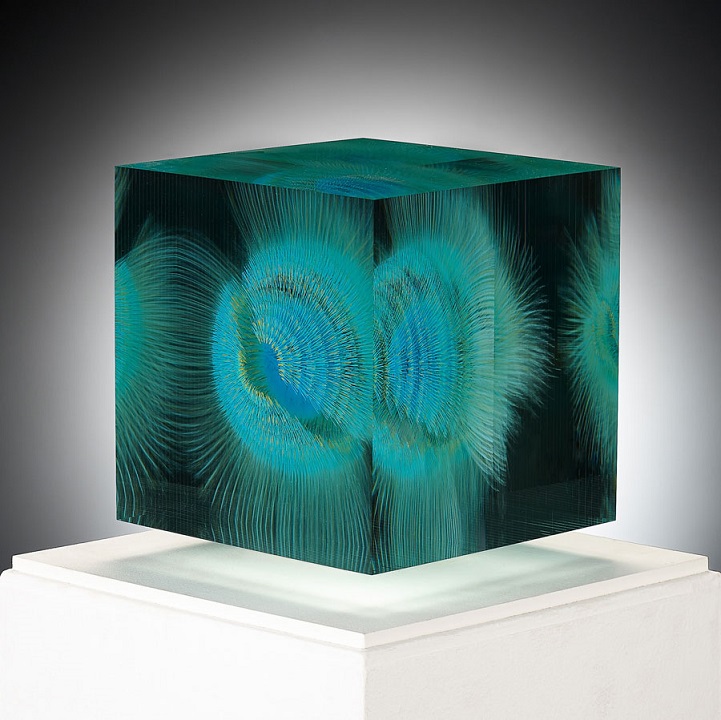 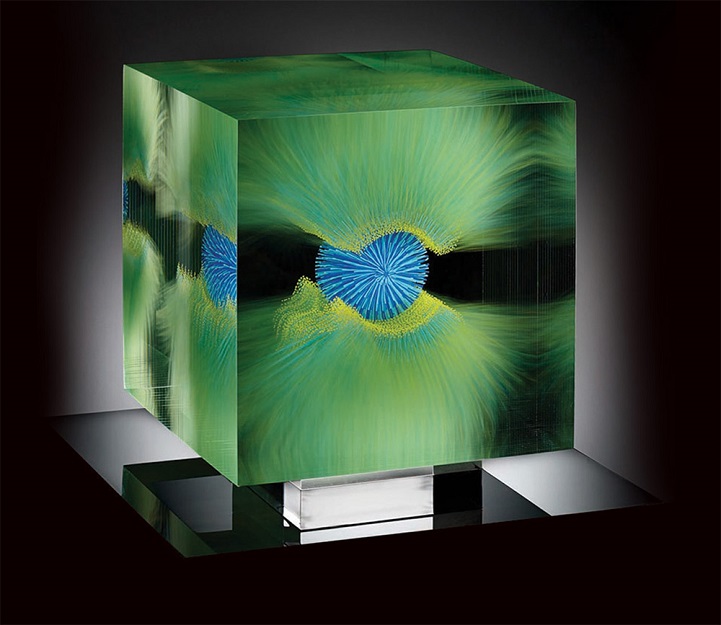 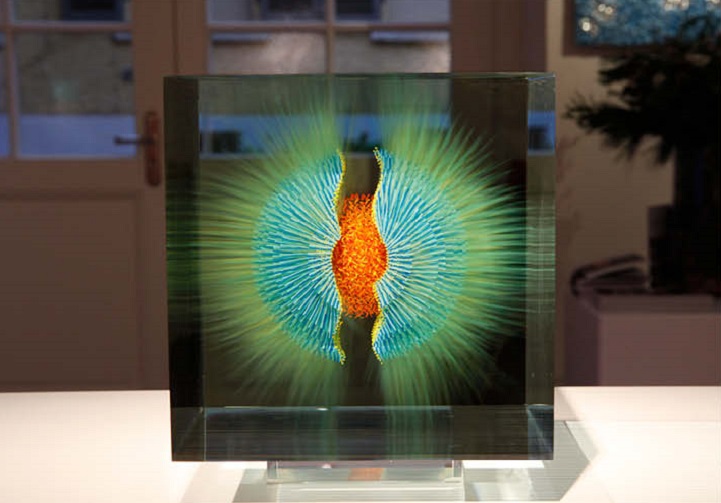 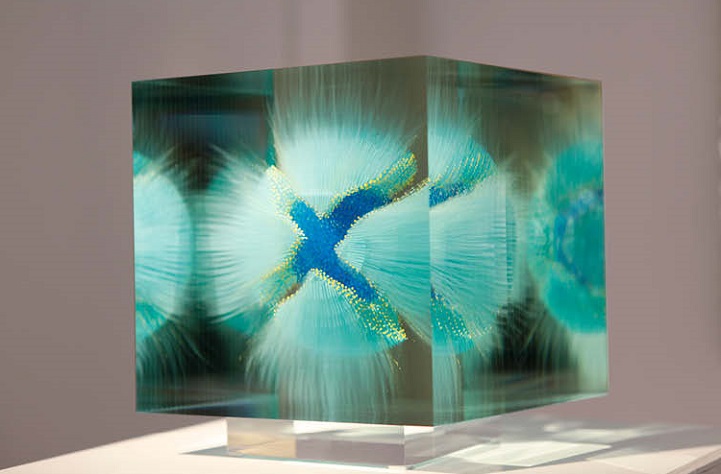 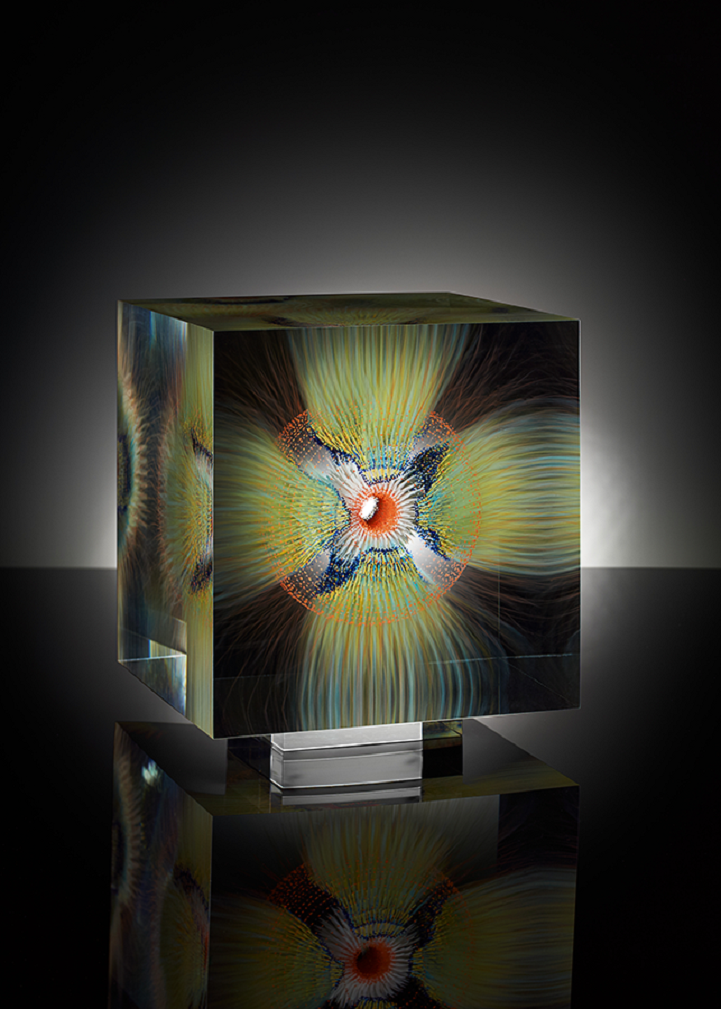