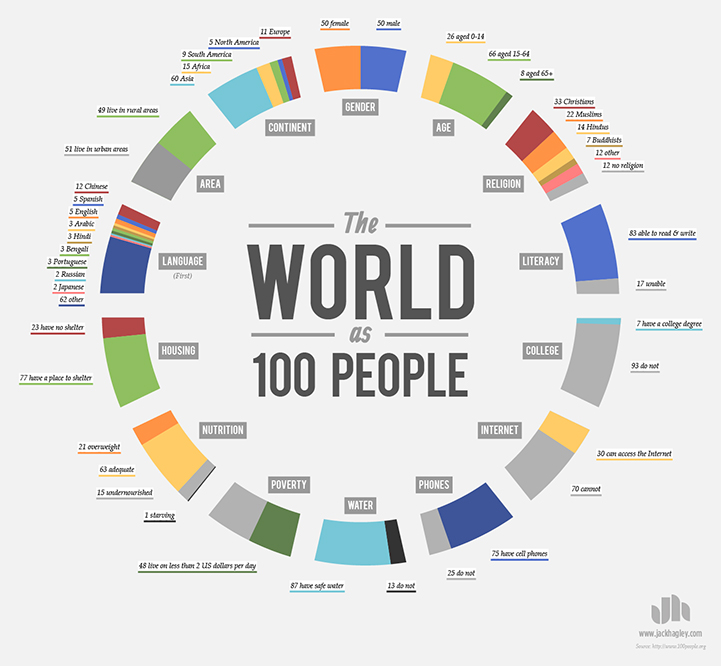 What if the world's population only had 100 people? That small of a number definitely makes it easier to put things into perspective. Out of 100, 60 of them would live in Asia; 70 would not have access to the internet; and the gender divide would be split at 50/50. Jack Hagley designed this fascinating infographic that uses data from the recently-updated 100 People statistical chart.

The world's actual population has climbed to over seven billion people. That's a harder number to conceptualize than 100, and this graphic gives us an easier-to-digest perspective in circular form. And, because of the smaller sample size, the chart also shows remarkable changes. The 100 People Foundation points out that seven people would have a college education. But, in 2006 only one person would have obtained a degree. It's a reminder of how quickly the world can change in a relatively short period of time. 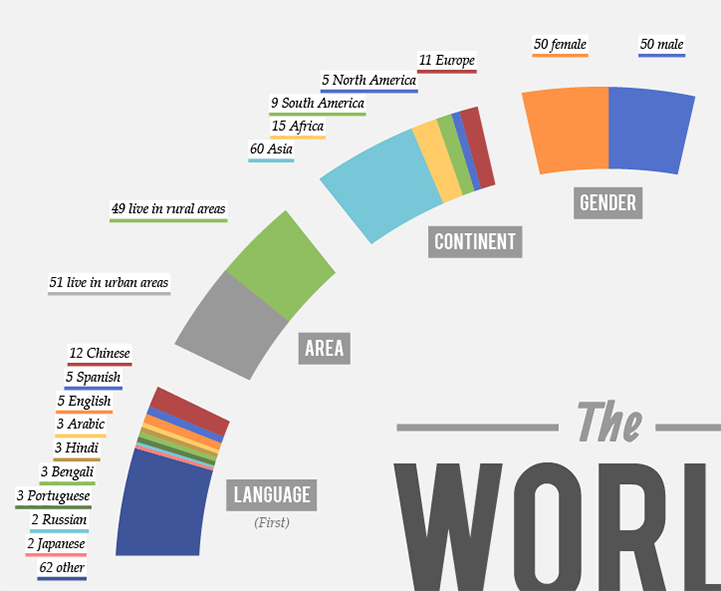 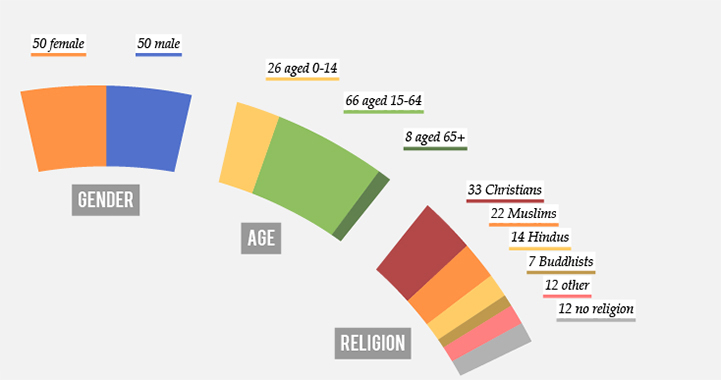 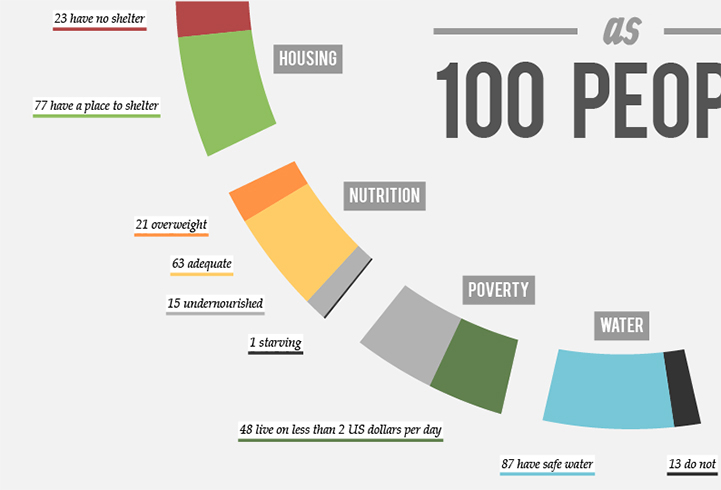 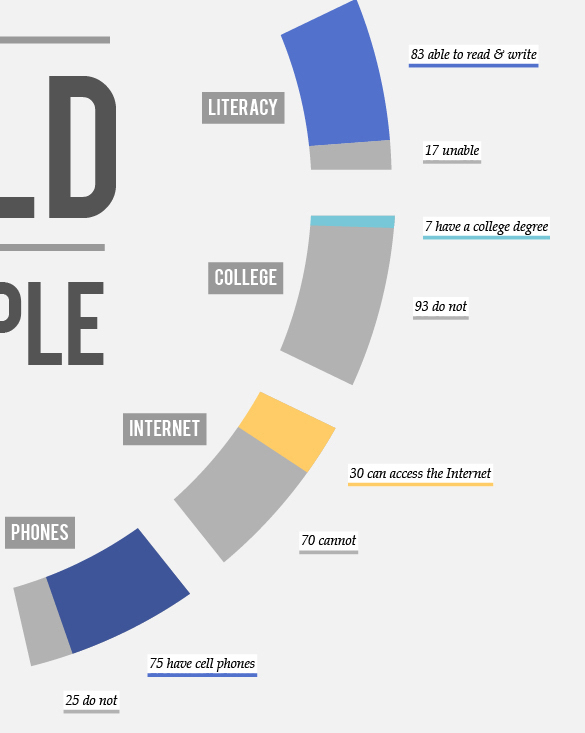