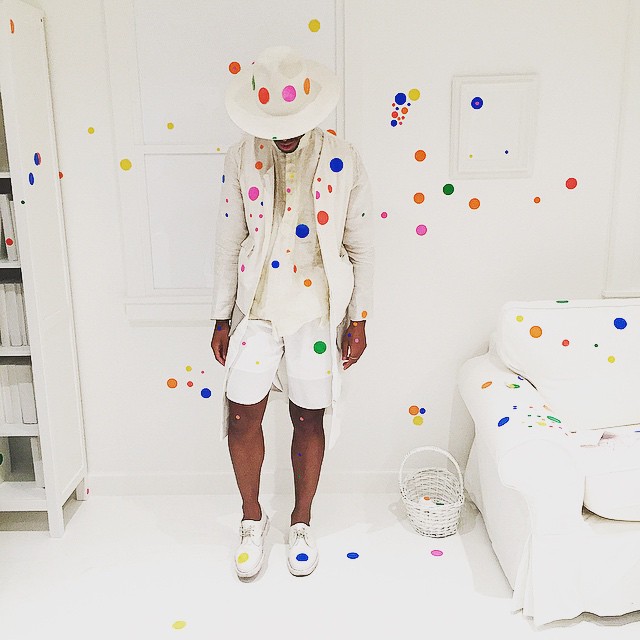 New York, are you ready to have a little fun? Yayoi Kusama's famous interactive installation, called The Obliteration Room, has just come to David Zwirner gallery and visitors have already started to line up to get a chance to turn a completely white room into an explosion of color. Step inside a nondescript American suburban house and you'll be greeted with a room filled with completely whitewashed furniture. Well, not completely white. Saturday's 1,300 plus visitors have already applied their colorful polka-dot stickers on top of chairs, tables, dinnerware, and even some houseplants.

The Obliteration Room has been shown in Australia a few times at the Queensland Gallery of Modern Art (GOMA), see here and here. It was first staged in 2002 for the Queensland Art Gallery's fourth Asia Pacific Triennial of Contemporary Art. The Tate in London had their own version of it in 2012. They created a fun timelapse of the project, which you can see on their website.

David Zwirner Gallery had a Kusama show back in 2013 called I Who Have Arrived in Heaven, which drew enormous crowds, mostly due to her mirrored Infinity Rooms. Close to 2,500 people a day attended with wait times of up to eight hours. While we can't imagine The Obliteration Room drawing that large of a crowd, we're positive that this is one installation you (and your children) won't want to miss.

This exhibition, called Give Me Love, will run at David Zwirner until June 13. It is free and open to the public.

Now, let's see how some of its early visitors have gotten in on the action. 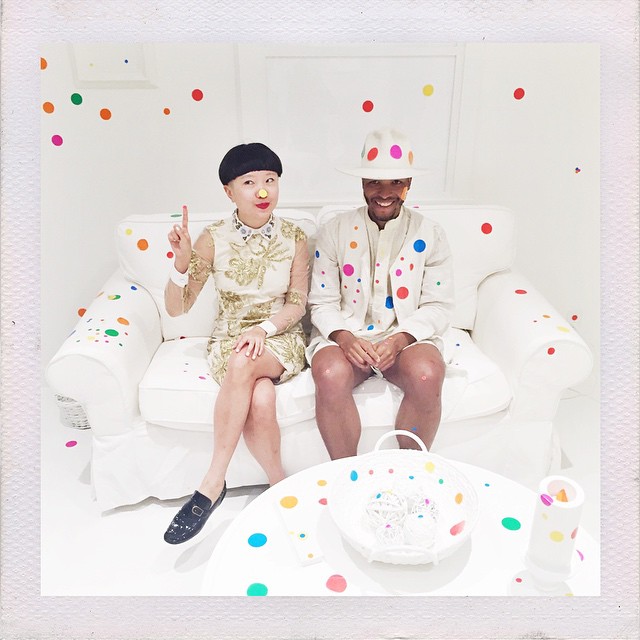 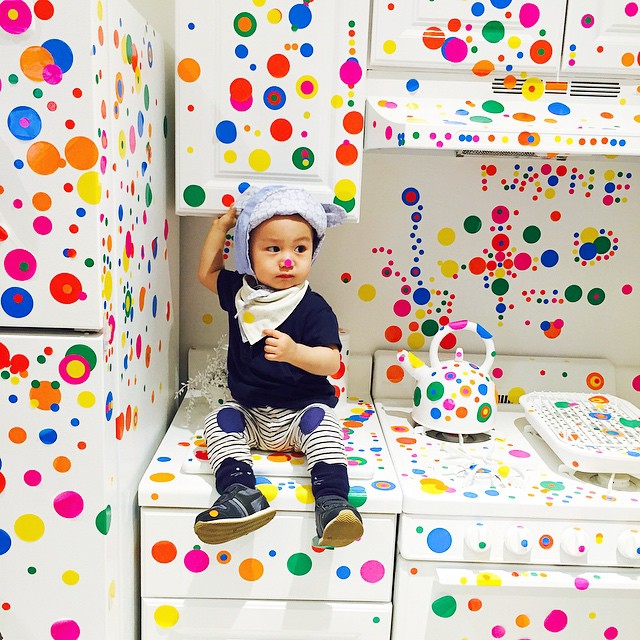 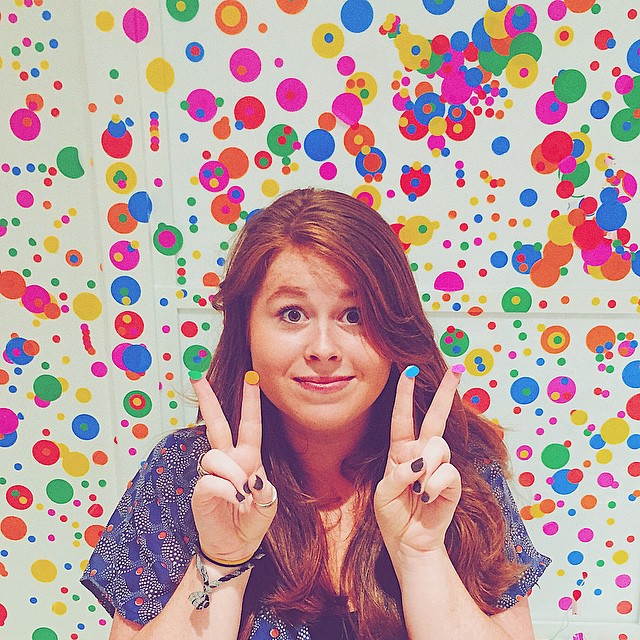 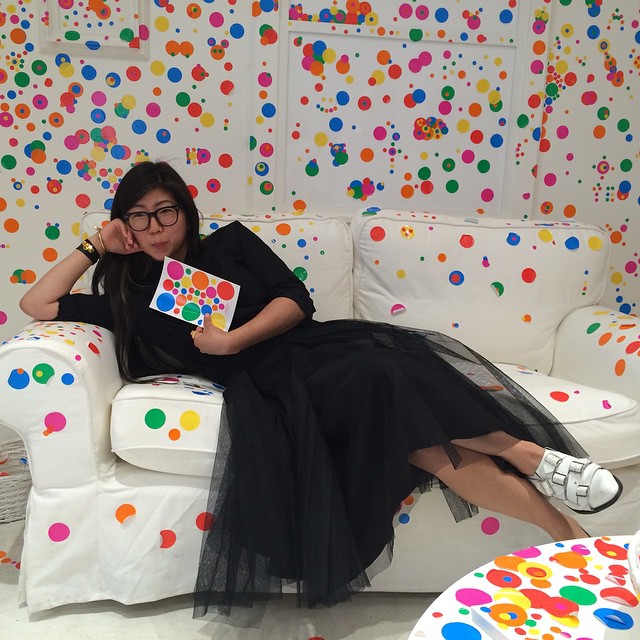 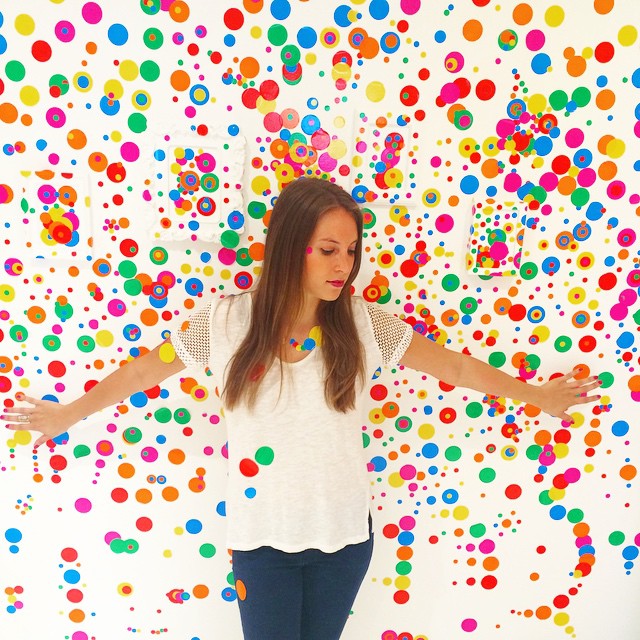 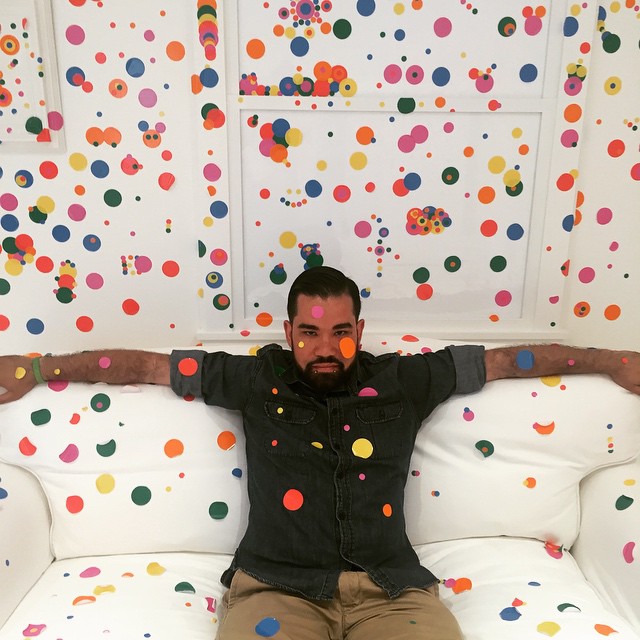 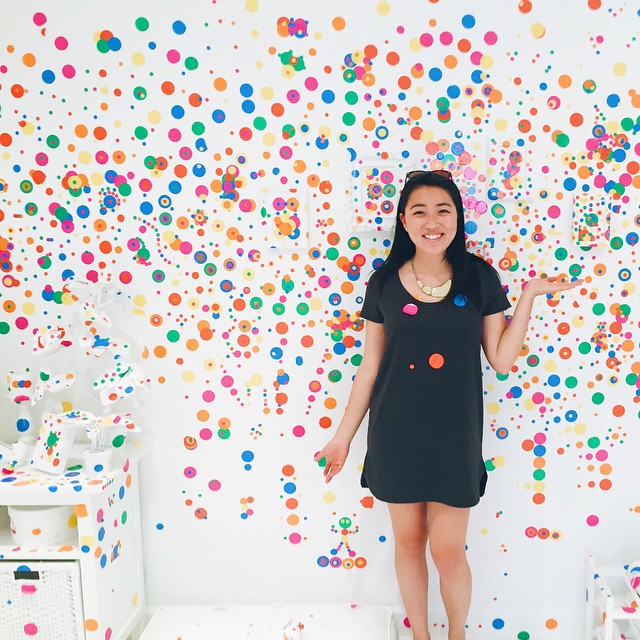 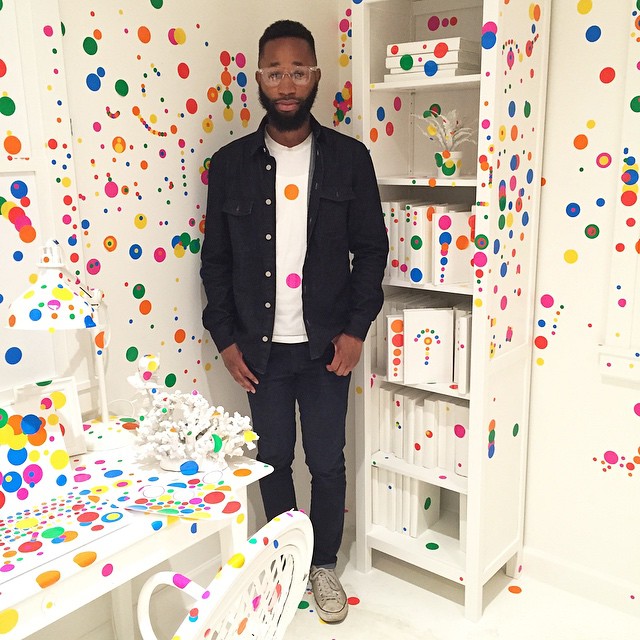 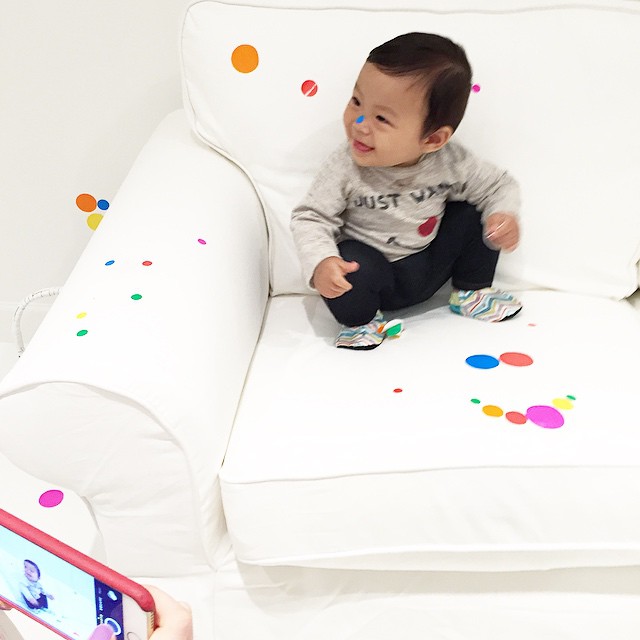 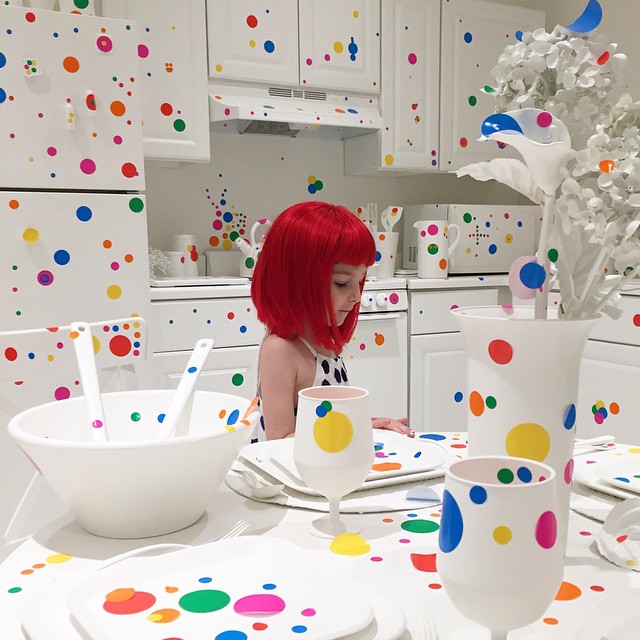 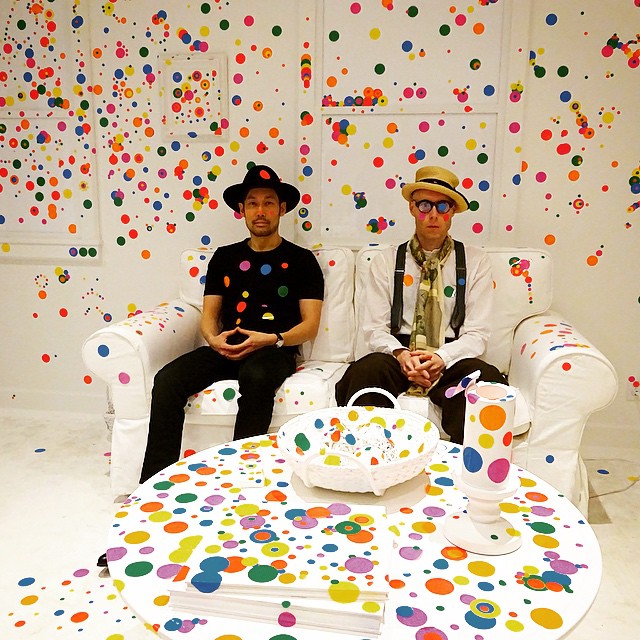