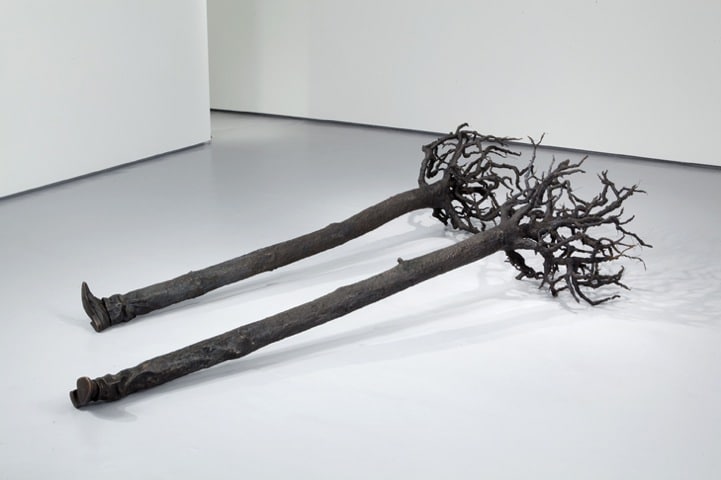 An uprooted tree typically has roots at the bottom, but sculptor Yoan Capote's bronze renditions change that convention. Instead of roots, there are boots in the Havana-based artist's large-scale sculptures. The long metallic trees lay beside each other, extending human legs and feet in the work entitled Migrant. The installation is a metaphoric representation of migrating one's family lineage.

Capote is known to tackle the subject of emigration and the idea of the “American Dream” in his past works. This piece follows in the same pattern, addressing the difficulty of retaining one's cultural identity in a new land. Though the family trees have relocated to a new territory and have the stability of settling on their two feet, they have lost their rooting. 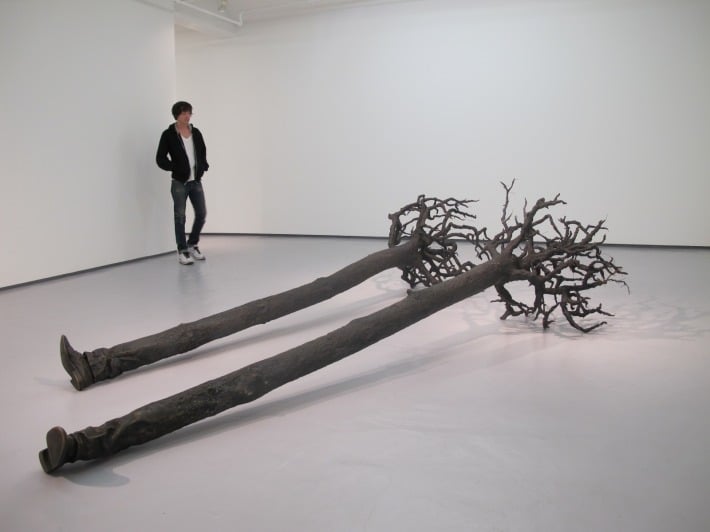 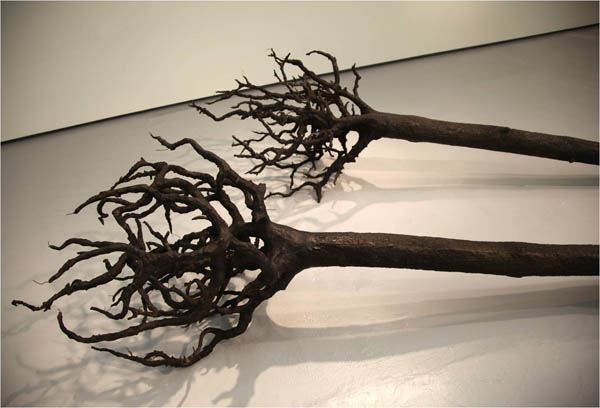 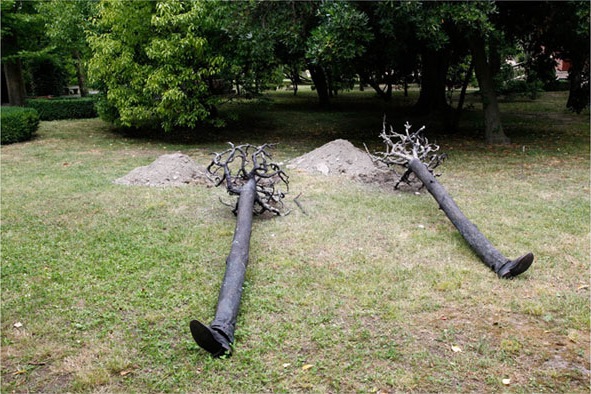 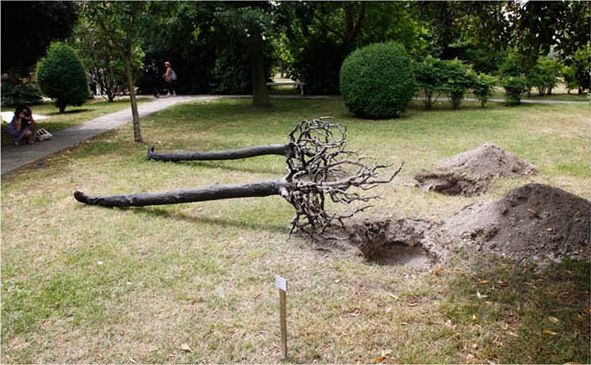