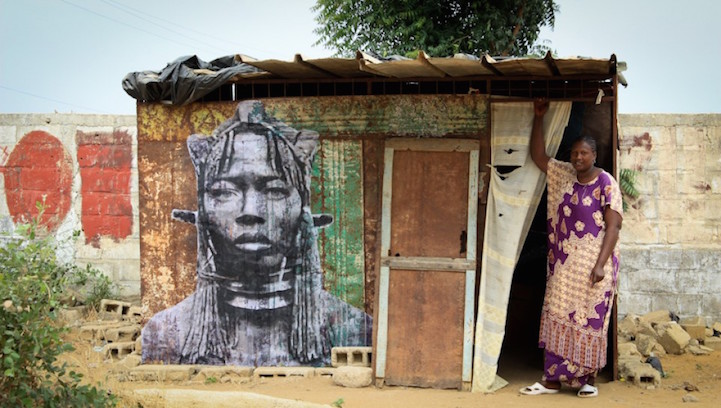 French street artist YZ pays tribute to African female warriors in her series of wheat-pasted works called Amazone. The historical portraits reference the highly-trained military women of the First Franco-Dahomean War in the 1890s, who, according to accounts, were actively fighting and killing the French. These larger-than-life renderings grace the walls of a few cities on the west coast of Senegal. They have a special significance, too. The corrugated metal structures are often owned by women for selling breakfast or bread.

YZ's work is meant to recognize the efforts of women from the past that have stayed relatively unknown. “To know where we are going we need to know where we have been, and these stories are important to educate the next generation, especially women,” she tells Brooklyn Street Art.

Amazone is an on-going project in which YZ is still in Senegal and doing research. She intends to uncover more amazing female figures whose stories can provide inspiration to present-day women. “I want to show warriors from ancient times; revolutionists, anti-colonialists, intellectual women who have written the story of Africa,” she explains to Brooklyn Street Art. “We need figures to be proud of our roots, to keep fighting for our rights, and to write the story of tomorrow.” 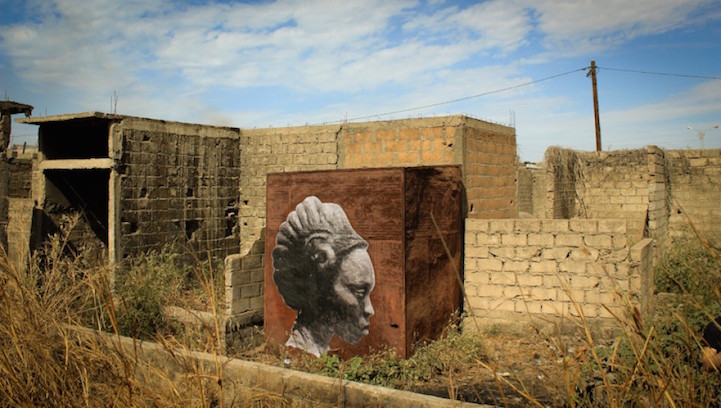 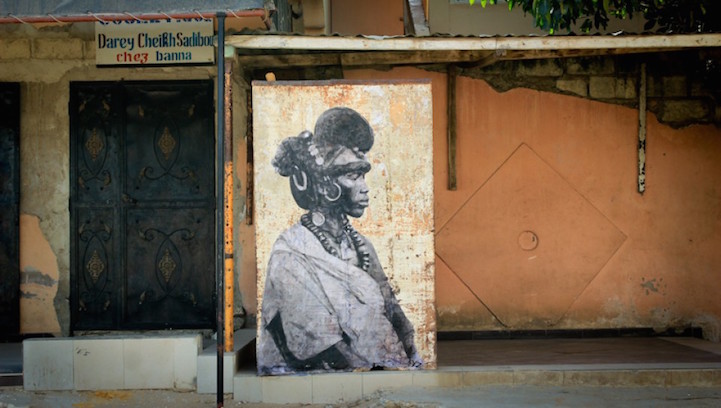 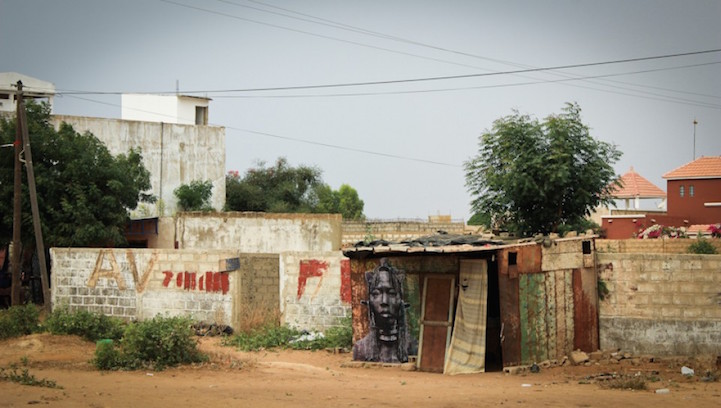 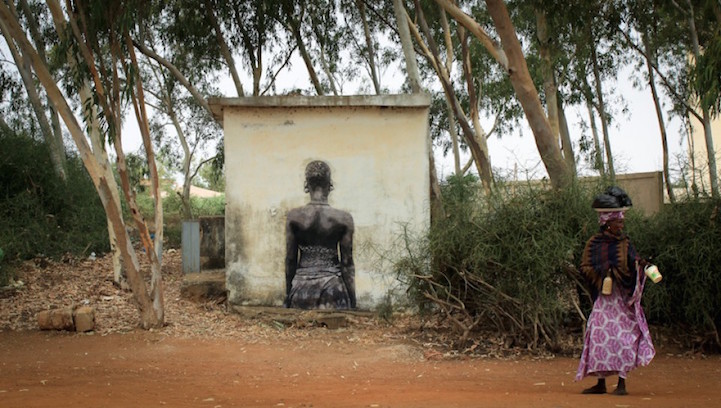 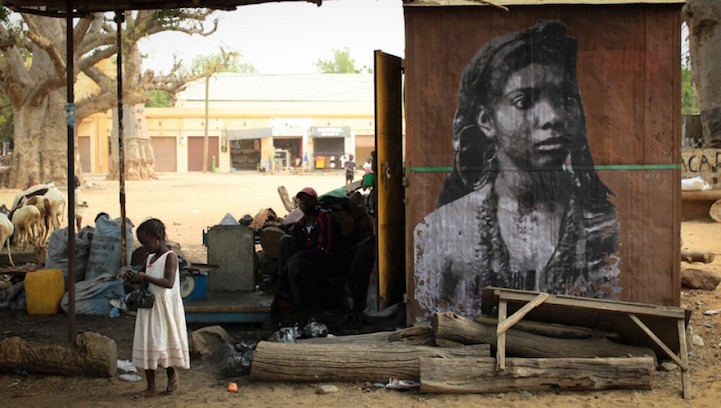 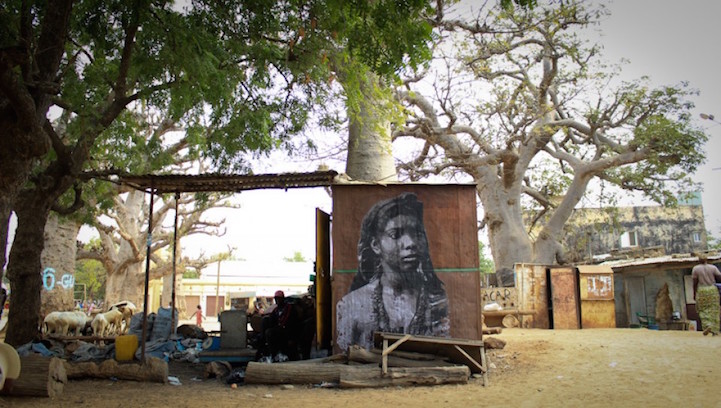 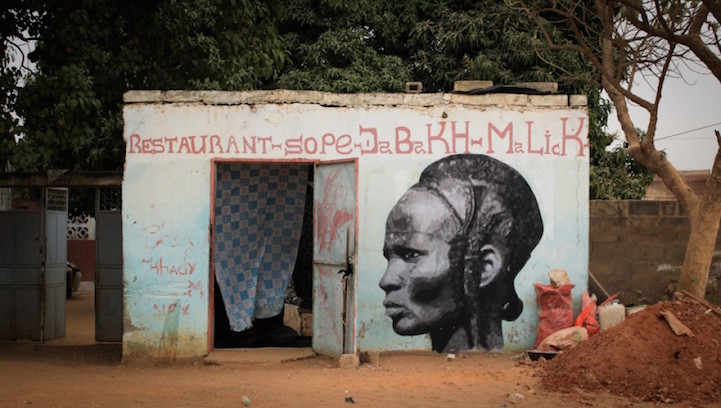 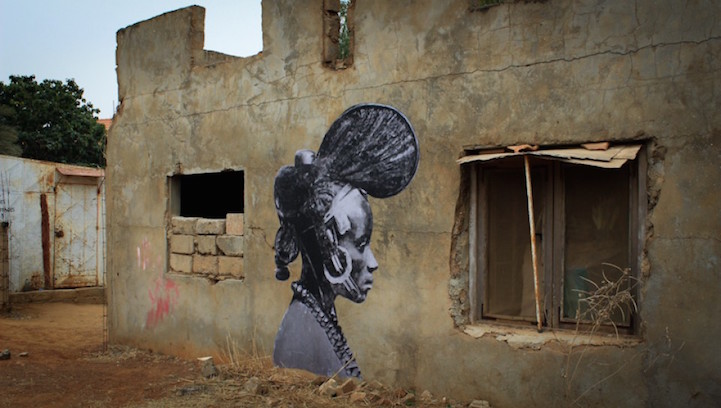 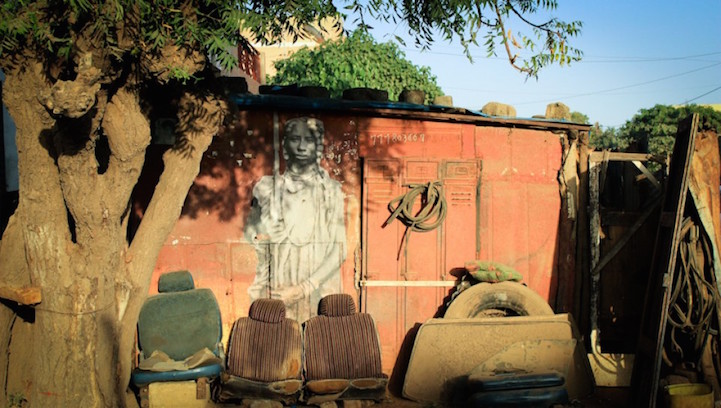