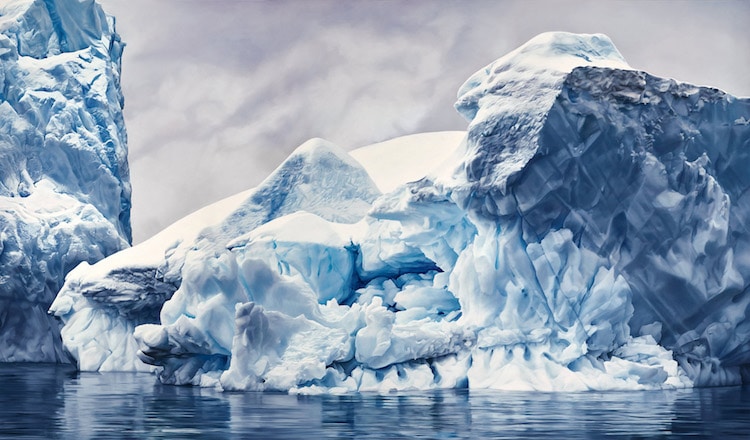 Working with her signature pastels, Zaria Forman is back with a new set of impressive drawings that cement her status as one of the foremost contemporary landscape artists. Her new set of work was inspired by her time aboard the National Geographic Explorer, as it traveled across Antarctica.

The resulting body of work, aptly titled Antarctica, is a set of large-scale pastel drawings filled with hyperrealistic detail that exposes the majesty of this frozen land. Using grand proportions, her work hits the viewer with a visceral energy, transporting them into an area of the world where one is confronted with the effects of climate change.

Over the course of four weeks, Forman explored the waters of Antarctica, a place where glaciers are melting rapidly and one must move into action quickly to capture the essence of its unique ecosystem. The resulting work is infused with her observations and emotions, as she works to bring her message to a wider public.

Pulling out the myriad of blue hues buried deep within the ice and glaciers, Forman seems to give personality to each of her landscapes. She reminds us that each area is a precious, unique gift that can't afford to be lost. “This vast continent of ethereal grandeur has towering ice that radiates a sapphire blue and floats in still, dark waters,” the artist shares. “Its glaciers accumulated over millions of years, carving out valleys in jagged rock and spilling out to ancient seas. The whirring of penguin colonies echoes off icy walls amidst a chorus of ambient crackling, as prehistoric air escapes the iceberg’s interior. Antarctica is an extraordinary place where life persists in a frigid, harsh, climate and where monoliths of ancient ice arise from beginnings as humble as a single snowflake.” 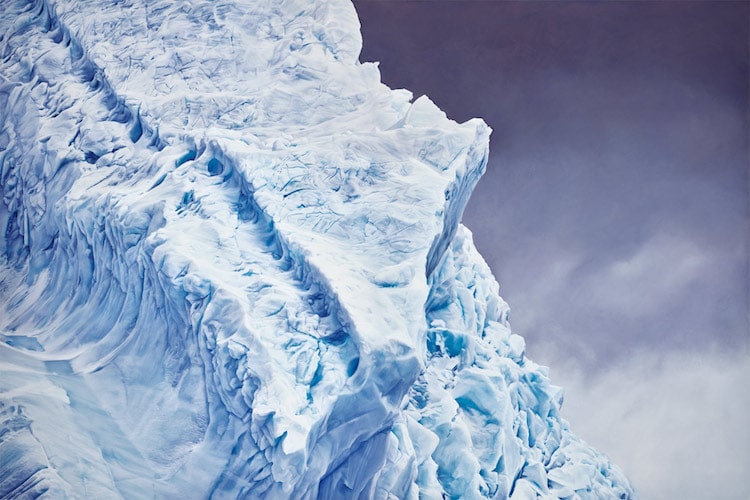 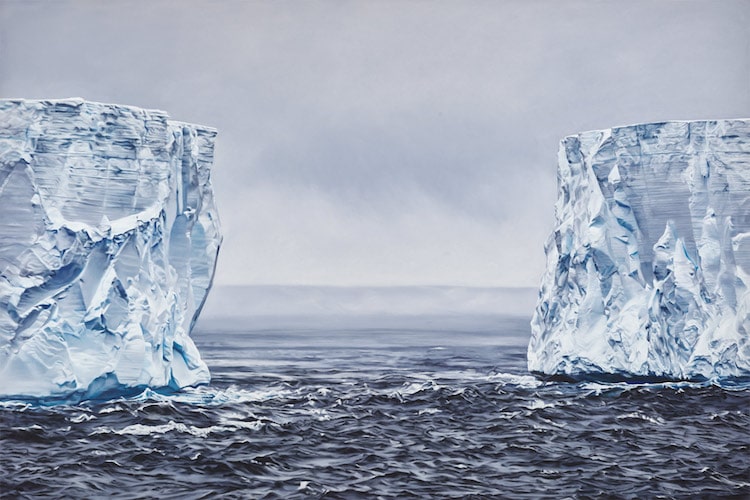 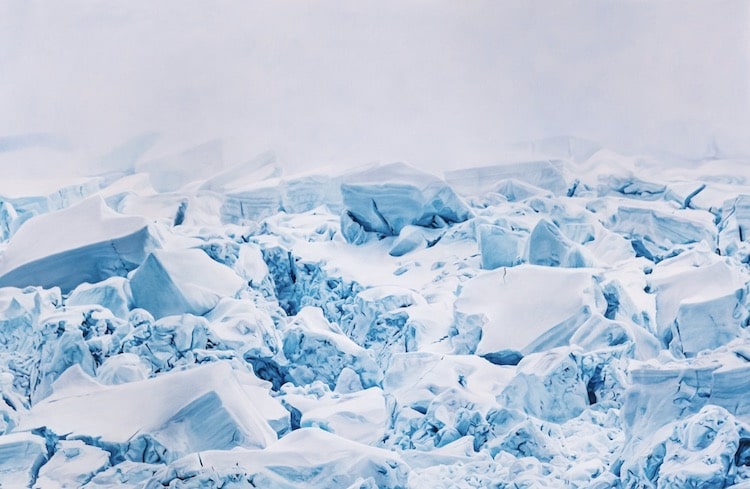 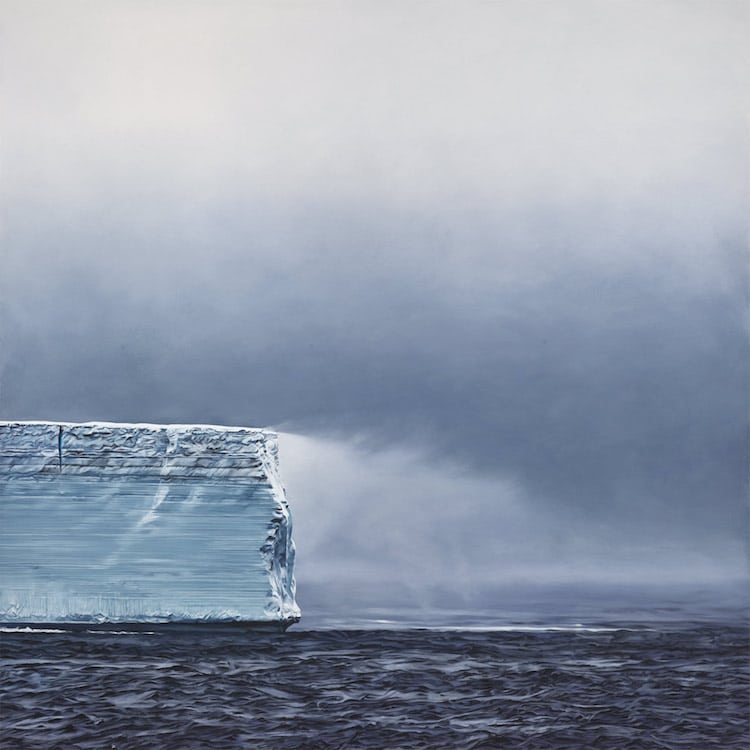 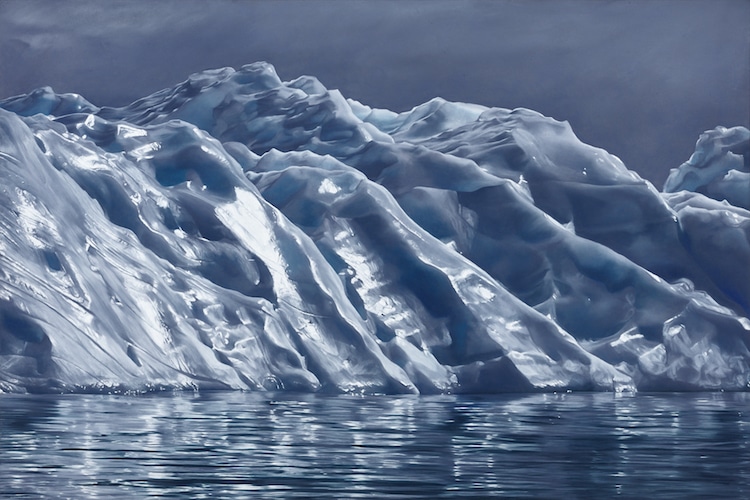 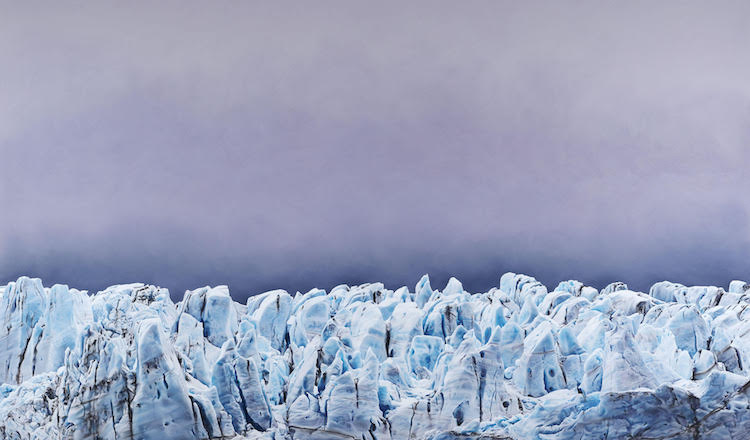 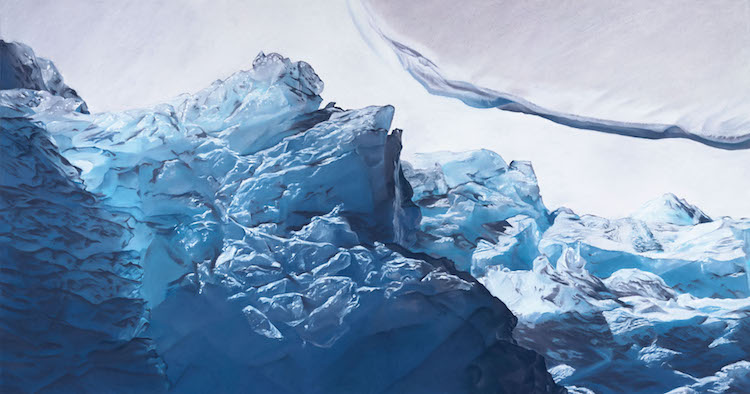 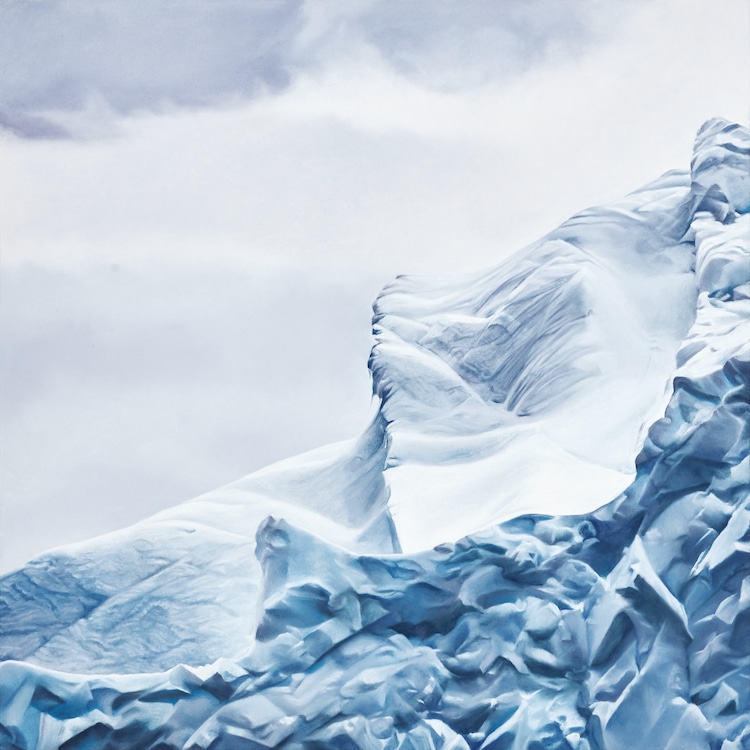 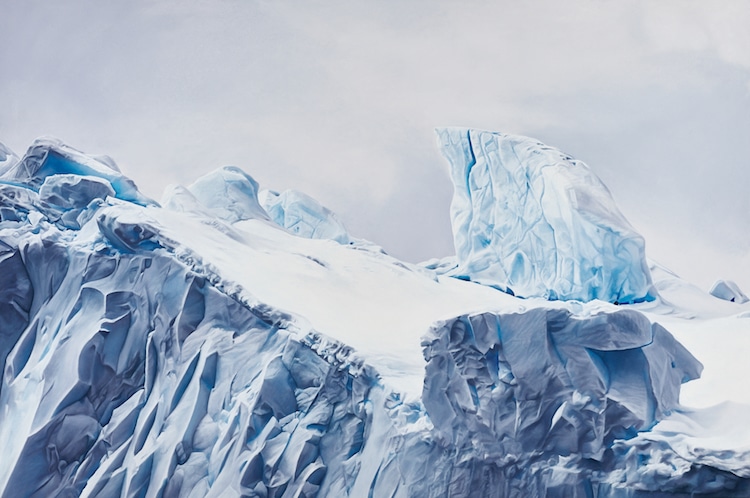 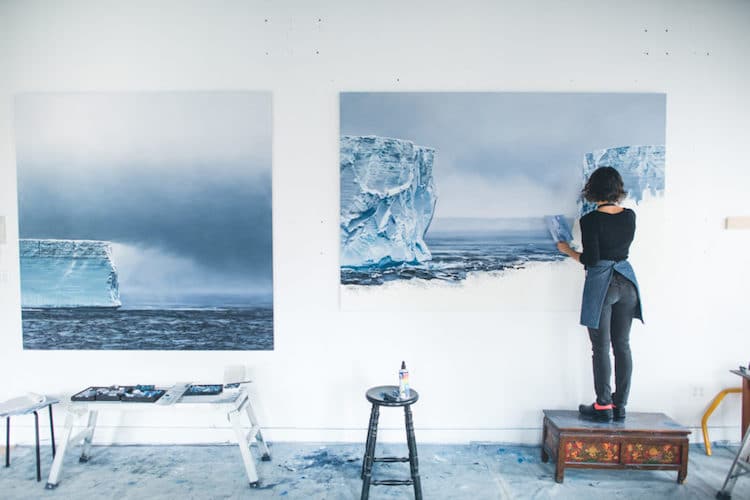 The artist working on pieces for her upcoming exhibition. Photo: Quinn Miller-Bedell

My Modern Met granted permission to use photos by Zaria Forman.

Photorealistic Pastel Drawings of the Maldives