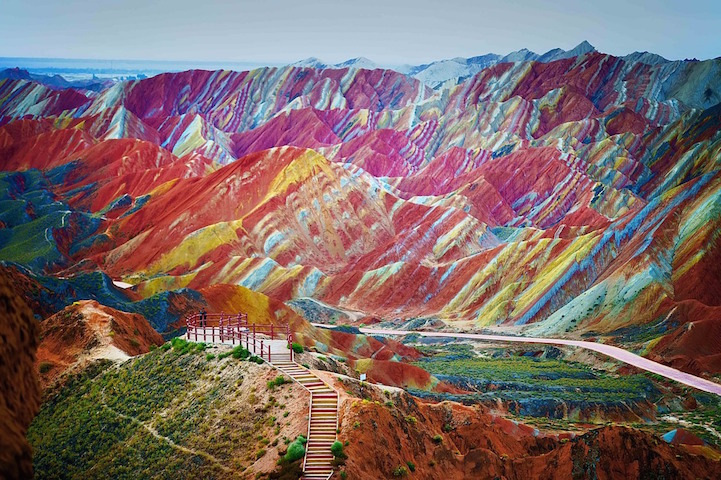 In the northwestern Gansu province of China lies the Zhangye Danxia Landform Geological Park, a gorgeous expanse of land known for its rainbow-colored rock formations. Bands of fiery red, creamy orange, rich green, and bright yellow streak across the mountains, forming the most beautiful geological “layer cake” we've ever seen.

Standing several hundred meters tall, the multihued rocks are the result of sandstone and other minerals that occurred over 24 million years ago due to tectonic plate movements. Over the course of millennia, wind and rain have carved the rocks into the technicolor, wildly diverse formations we see today.

Although some of these photos may have gone through some post-processing to make the colors pop even more, there's no denying the striking grandeur of the formations. Declared a UNESCO World Heritage site in 2010 and a national geopark in 2011, the landform has become a top tourist attraction near the city of Zhangye. Boardwalks and access roads have been built so that visitors can explore the terrain and feast their eyes on the truly magnificent sight.

For more breathtaking photos of this unique landscape, check out this post we shared in 2013. 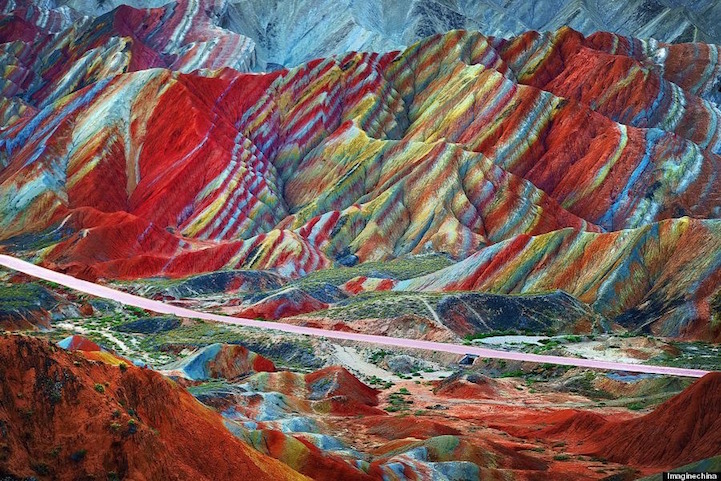 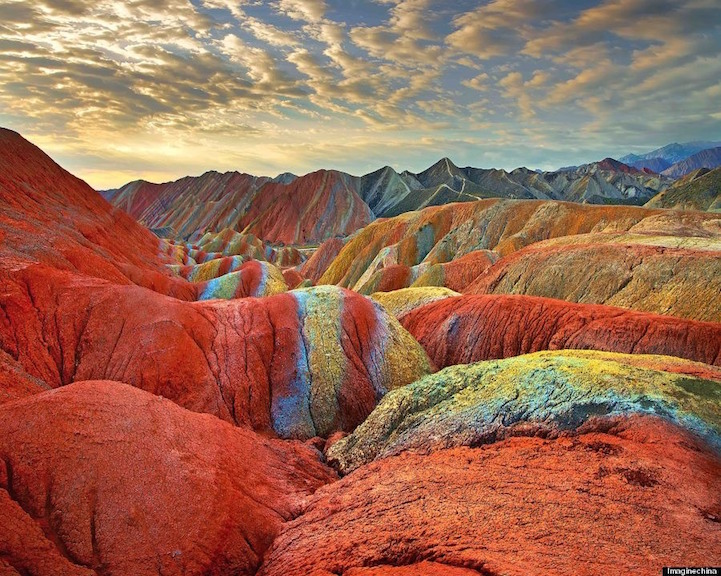 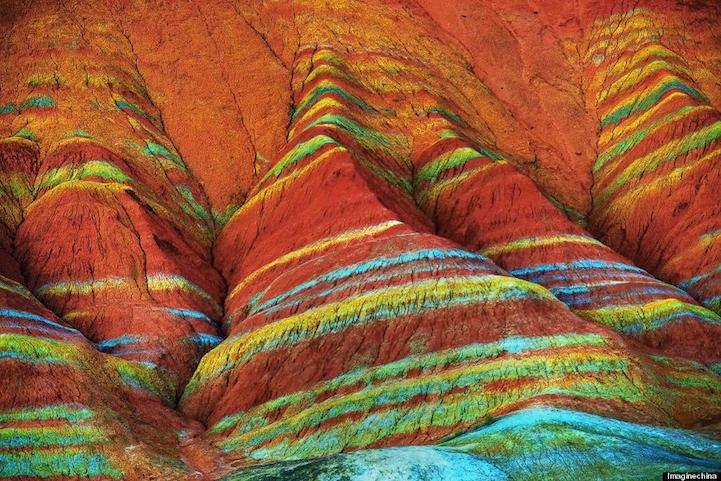 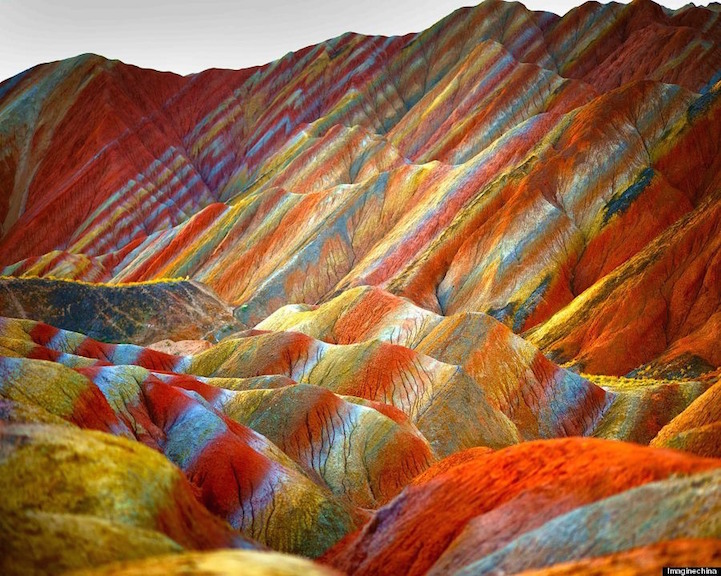 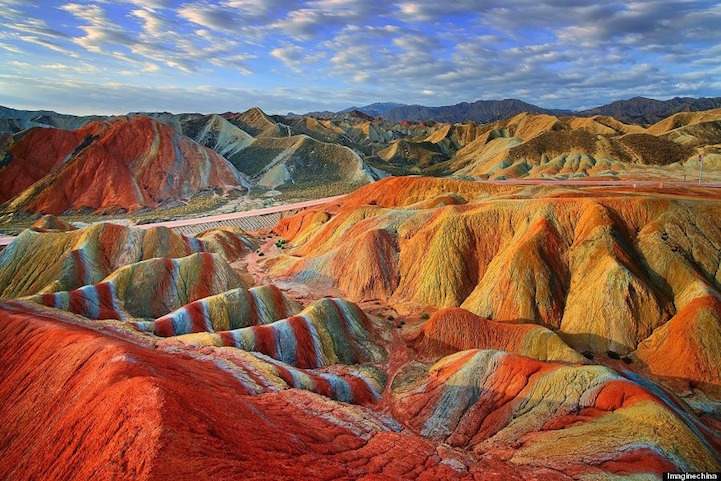 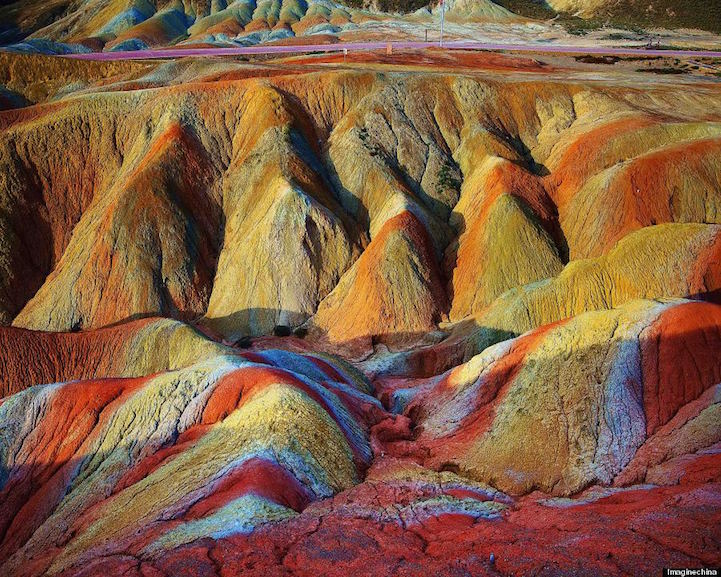 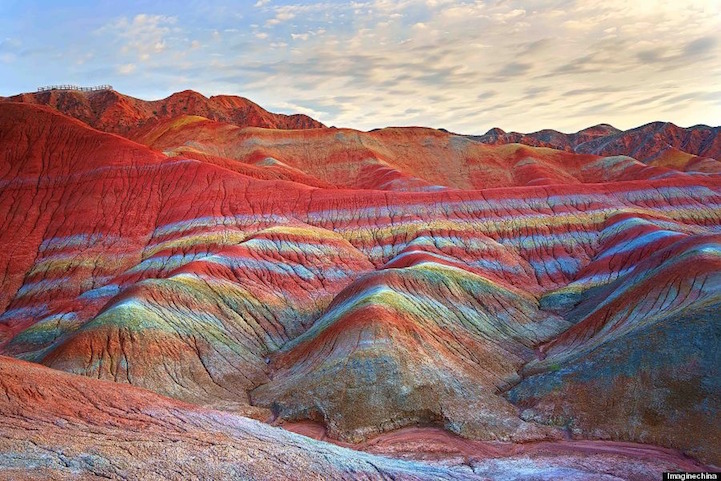