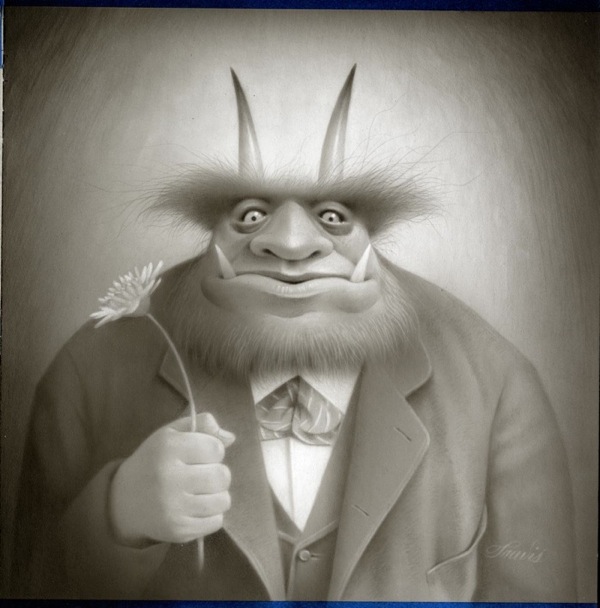 Set in Victorian and Edwardian times, Travis Louie's paintings are hauntingly beautiful. This imaginary world is filled with strange humans, mythical beings and misunderstood monsters. I love how Travis displays each character – it's as if they're sitting for a formal portrait. Why? As Travis explains, “to mark their existence and place in society.” The common thread that “connects all these characters is the unusual circumstances that shape who they were and how they lived. Some of their origins are a complete mystery while others are hinted at.” More than a painter, Travis is a beautiful storyteller. With almost every piece he gives us a funny, and sometimes sad, look into the minds of these kooky creatures. First picture: This Krampus punishes his victims by following them around, usually holding a wilted flower and having a sad look on his face, appearing at important family gatherings or business meetings, and embarrassing them in front of as many people as possible. He does this by professing his undying love for them while announcing with a loud booming voice, intimate details about their role-playing sex games like “prisoner and the warden's wife”. His victims include corrupt politicians, door to door proselytizers, overzealous tax collectors, and other people who burden the public with their unrealistic sense of entitlement. Uncle Wally of the Forest 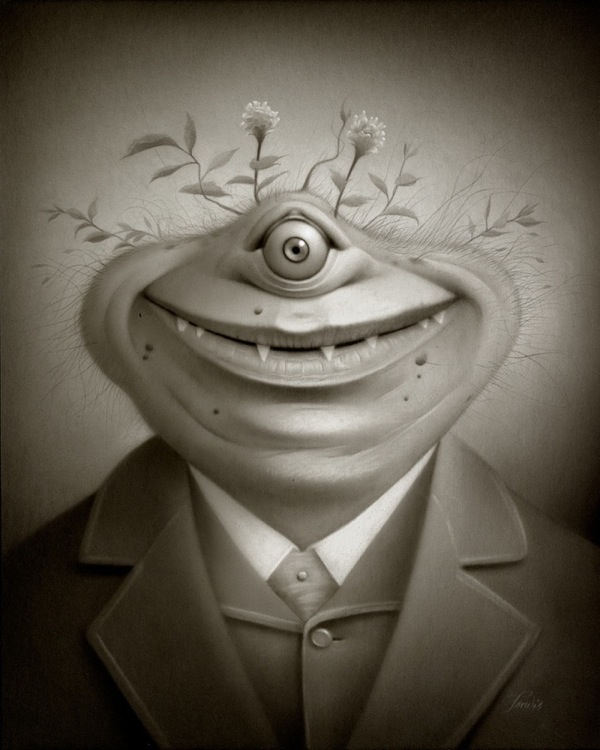 Bug-eater, writer of pebble-songs, and all around swell guy, . . . he spends most of the time in the forest protecting woodlands from pollution and corporate land acquisition. When angered he turns his victims into mushrooms. Flower Sisters 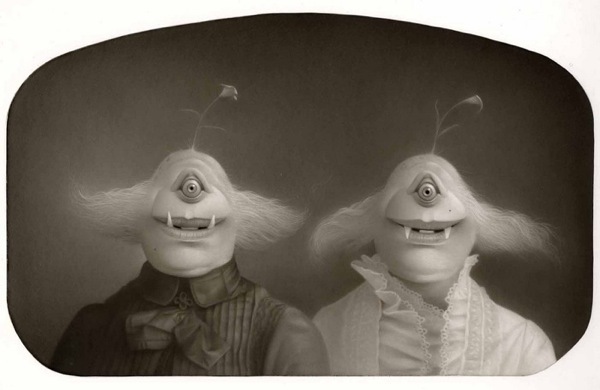 Stan's sisters love to root through the gardens for annuals, . . .after ingesting enough for the Summer, they both sprouted a single flower from the top of their heads. Harry's Flower Patch 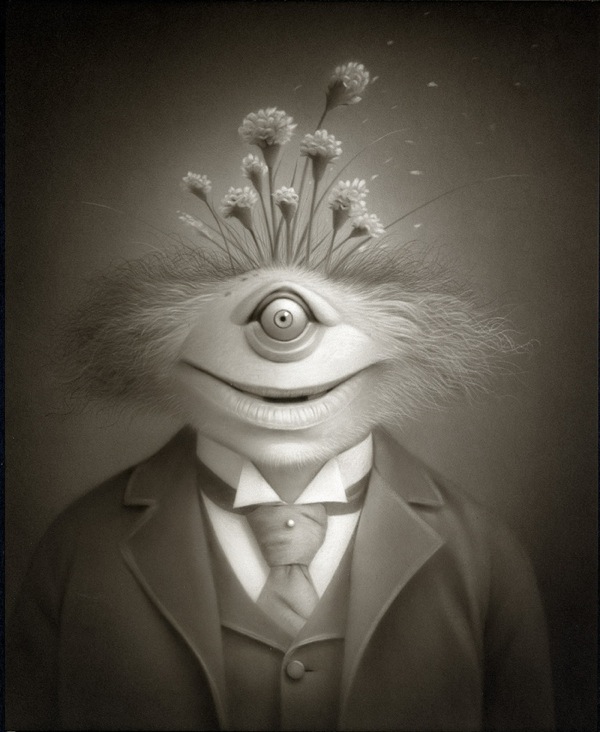 During the day, Harry hides himself in flower gardens, . . . usually buried in the ground just enough to expose the top of his head to the sun. When Harry's head is in full bloom he spends Summer evenings wandering under people's windows so he can share the sweet fragrance of his flowers. Charles in Disbelief 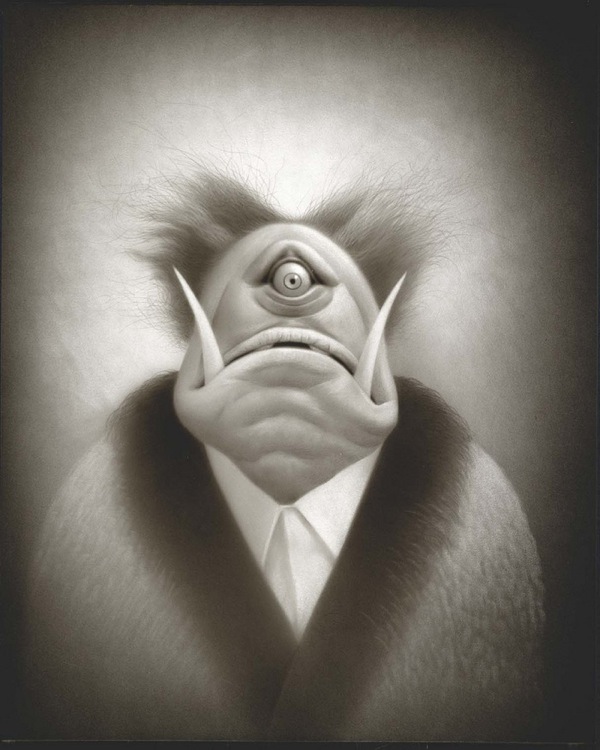 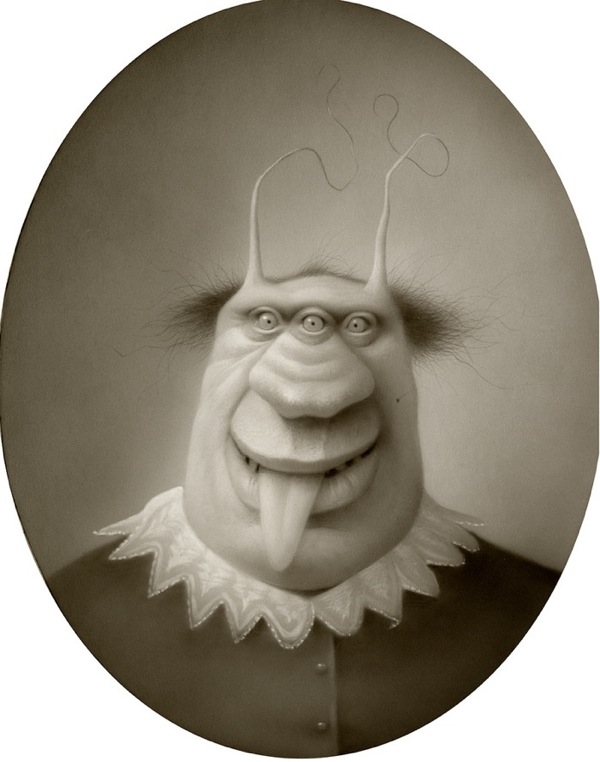 Just after the Potato Famine of the 1850's, Eunice pulled herself out fo the field and headed toward America. She was interested in finding a new man. The Bride of Stan 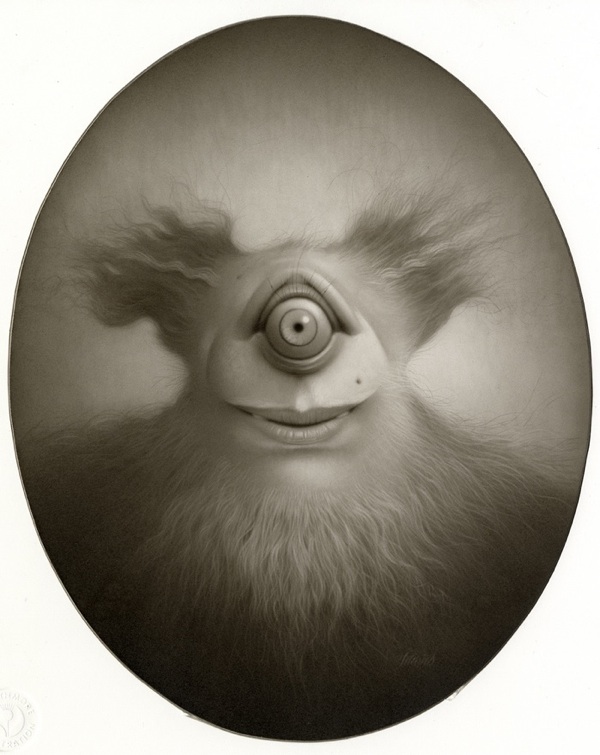 After much consideration Stan decided to find a wife, . . .her name was Judy. She lived in the places where lint collected and often created static electricity. She made Stan very happy. The Great Woolly Krampus 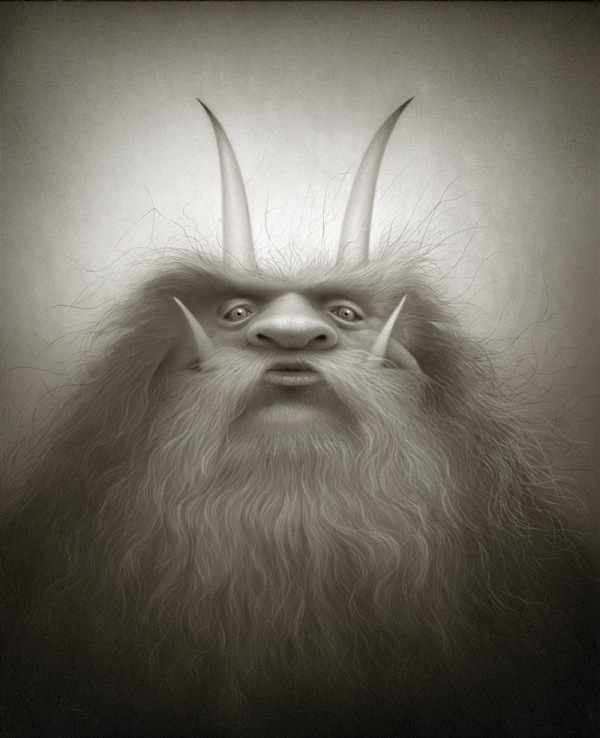 He sneaks up on his victims and kisses them full on the lips. The magical kiss promotes an amazing amount of hair growth. Often, the affliction covers the entire body with hair, much like cousin it from the Addams Family. Brother Krampus 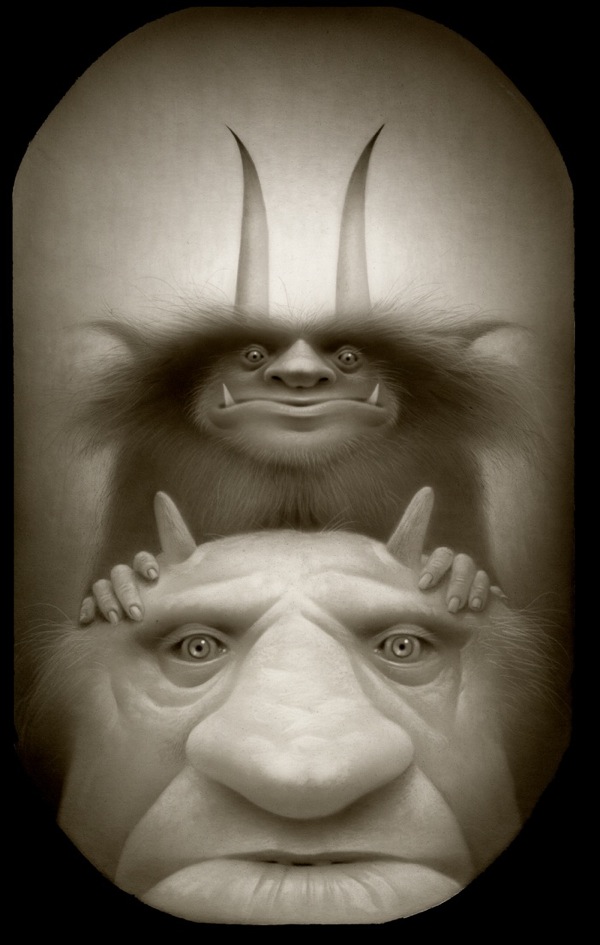 Mike's rubs his brother's temples to calm him down. Bill Arrested 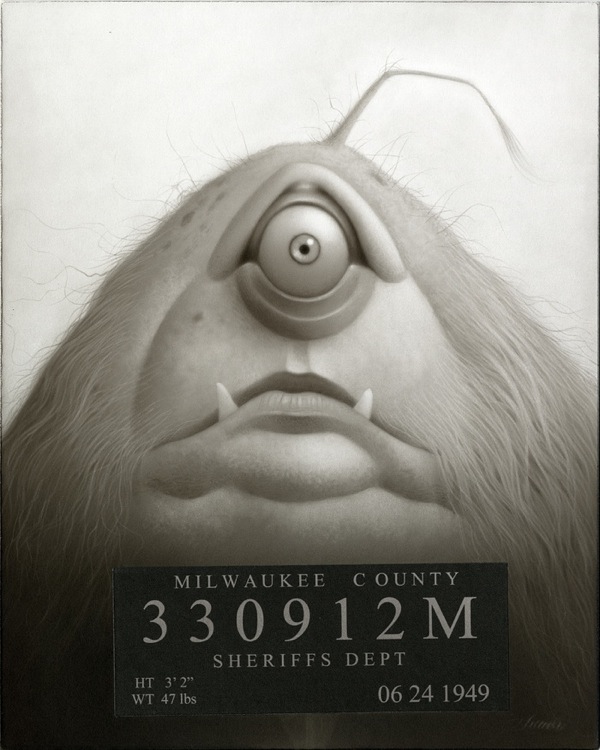 In 1941, Bill discovered Spam, a ham-like product that came in a can. He quickly became addicted to its salty goodness. At first, he was able to get by on a couple of cans a day, . . . but after several months, If he didn't have enough cans of spam he would suffer awful withdrawal symptoms like involuntary levitation, shortness of temper, and squeaky tourette syndrome. He rapidly grew twice his normal size and began to age prematurely. After a particularly hard Spam binge in 1949, he was arrested at a Milwaukee grocery store attempting to hijack a Hormel delivery truck. Travis Louie at work: 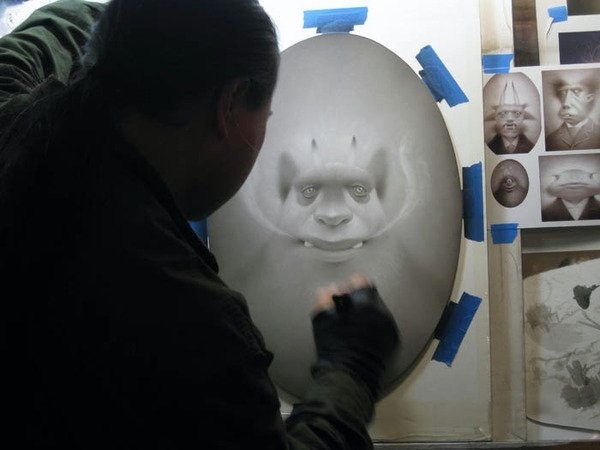 “I'm always working, . . .even when my eyes are closed.” -Travis Louie Travis Louie