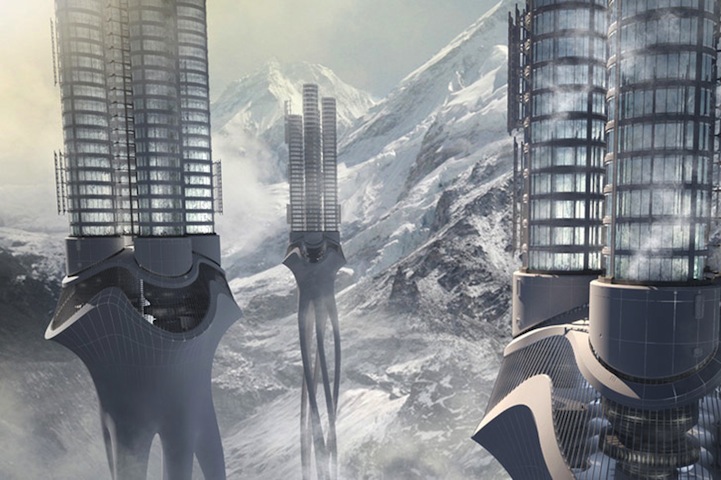 During this year's 2012 Skyscraper competition, hosted by Evolo, the first place award was presented to designers Zhi Zheng, Hongchuan Zhao, and Dongbai Song for their revolutionary water tower concept. Their proposed idea, the Himalaya Water Tower, involves a skyscraper that sits high in the Himalaya Mountain range, surrounded by 40% of the world's fresh water. As glaciers within the region melt away due to climate changes, the skyscraper will collect, store, and distribute fresh water to the residents of the villages far below. The skyscrapers can also collect water during the rainy season and freeze it, which will not only provide water to current residents but will also store water for future generations.

The structure consists mainly of four parts. The lower, stem-like sections wind together to create the main support structure of the tower. As the stems are more saturated with water, they become tough and have a higher weight capacity. From this section, channels of tubes transport water down to the villages and towns. The upper section sits above the snow and stores the ice. The two sections in the middle are the cooling system and control center for the whole tower. In these sections, the water is purified and frozen, and water distribution is regulated. The cooling system in this section has two parts–natural and mechanical. When temperatures rise above zero degrees Celsius, the mechanical cooling system takes over to ensure the water remains frozen. 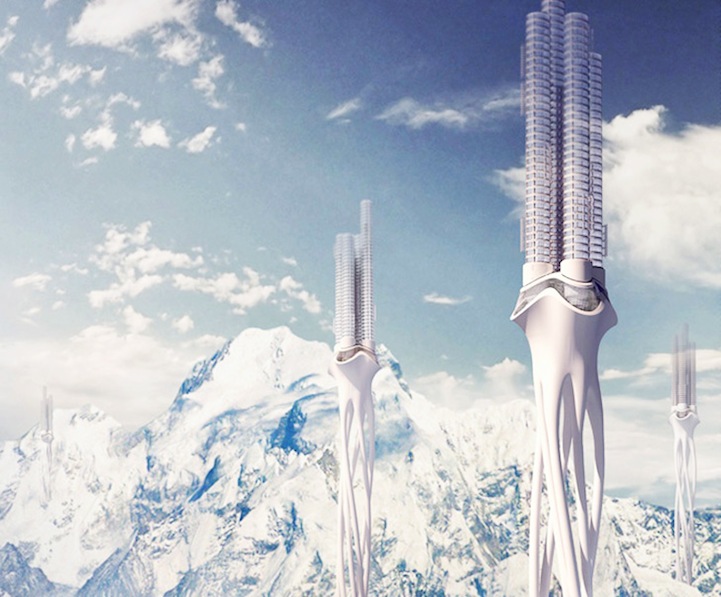 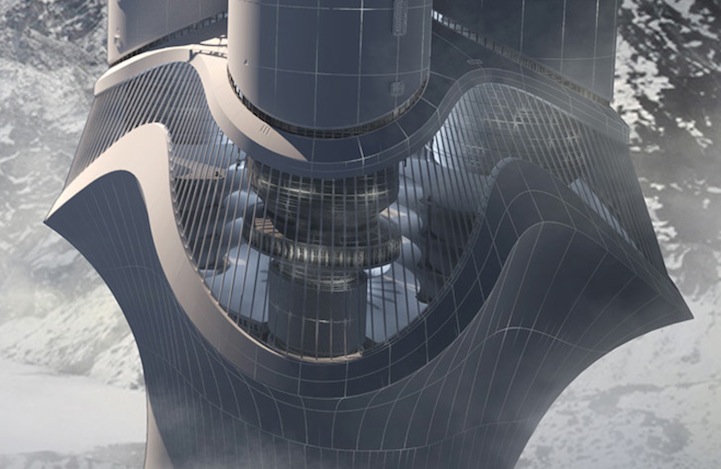 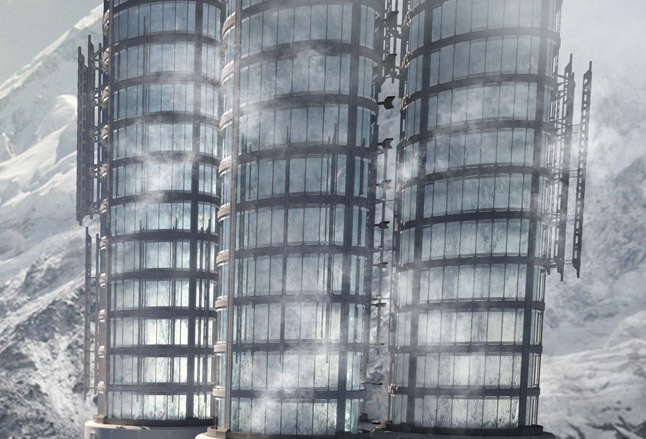 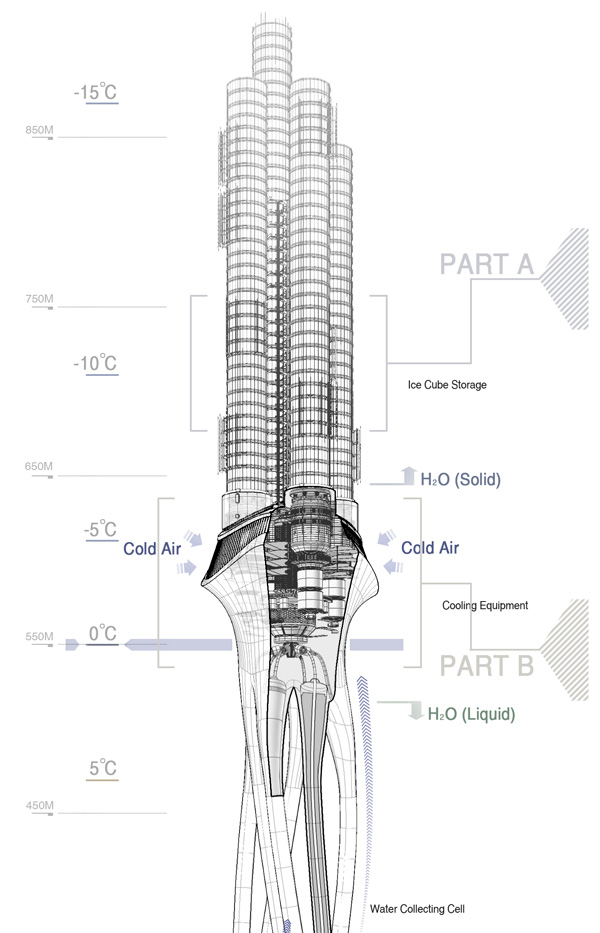 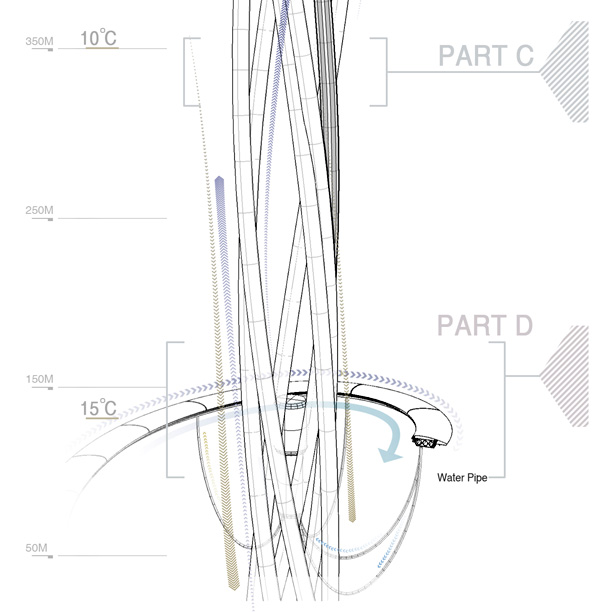 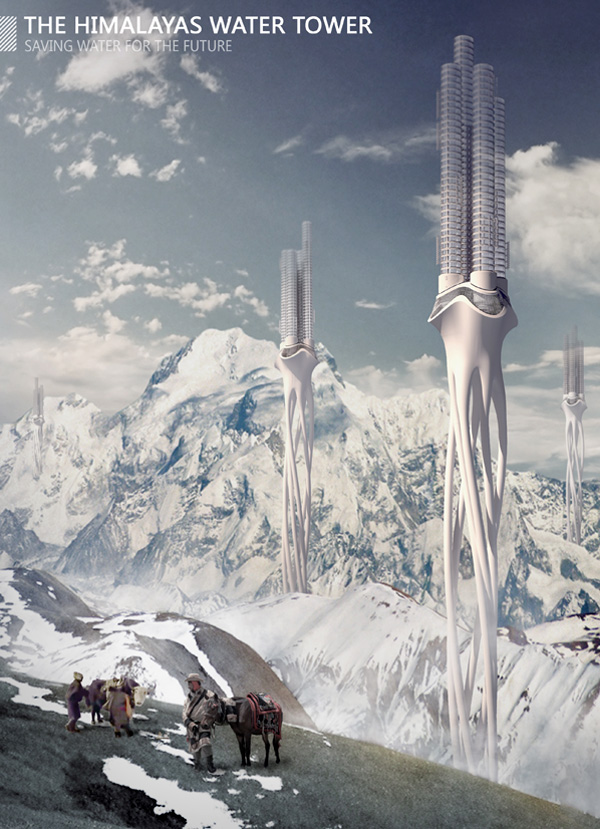