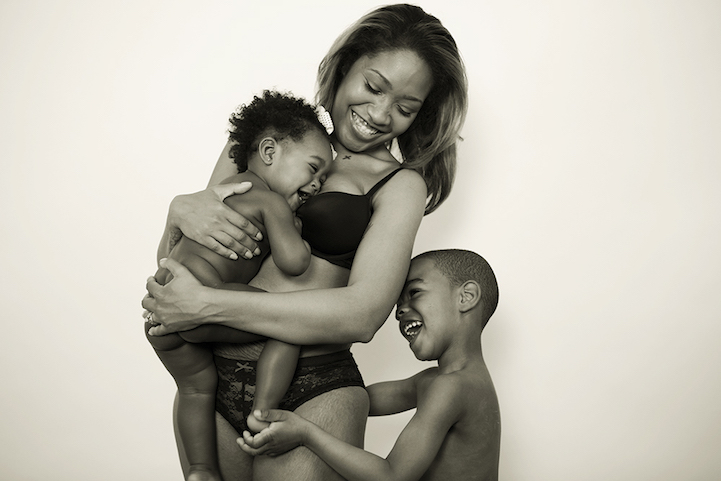 Photographer Ashlee Wells Jackson created the empowering 4th Trimester Bodies Project to help mothers everywhere embrace their beautiful bodies. “The project exists because women are judged too crudely on the way we look and are often told we don’t measure up. Because no real person can compete with the tools in Photoshop and glossy magazine covers. And because motherhood is sacred and should be celebrated,” Jackson writes. “This project exists because women and men and society need it. Because our sons and daughters deserve more. Because we deserve more. Because we are beautiful–stretches, stripes, scars and all.”

The photographer was inspired to produce this impactful project after a tragic time in her life. During her second pregnancy, Jackson discovered that her twins, Nova and Aurora, had the fatal Twin-to-Twin Transfusion Syndrome. After a surgery that aimed to save both babies, Aurora ended up passing away. “I felt like a failure as woman and mother,” the artist told CNN. “I felt really worthless.” As she said this, the photographer realized that she sounded just like many of her female clients who always point out their bodies’ flaws. “I decided that I don’t want this to be my dialogue,” she said. “I don’t want my children growing up with a mother feeling this way. I don’t want it to be my dialogue with my husband–or myself.”

To change the conversation surrounding women’s bodies, Jackson started the 4th Trimester Bodies Project in 2013. Since then, she’s helped a countless number of mothers feel beautiful in their own skin. “A lot of women speak to it being a transformative process,” Jackson revealed. “It’s a big deal to step into a space and show your vulnerability and be photographed in your underwear. They have a sense of relief, of ownership. Some clients do make that shift to see themselves as beautiful.”

The project is now a published book titled The 4th Trimester Bodies Project: Celebrating the Uncensored Beauty of Motherhood, which can be purchased on Amazon.

Above: “The amazing Mori Anderson with her son Taurrean (5.5) and daughter Aubrey (10.5 months).” 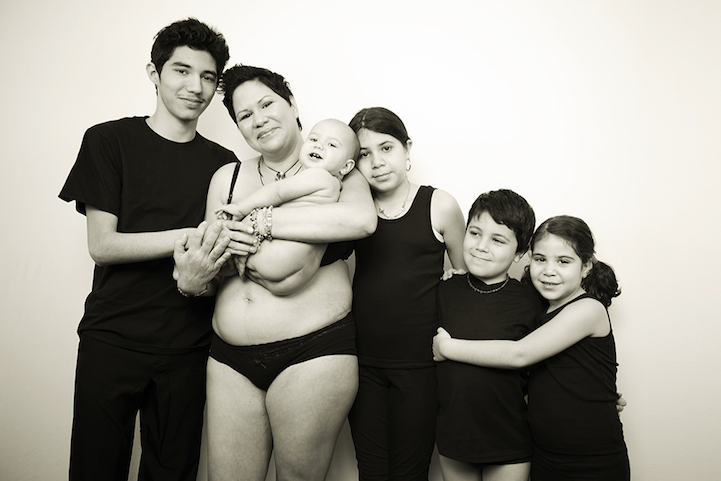 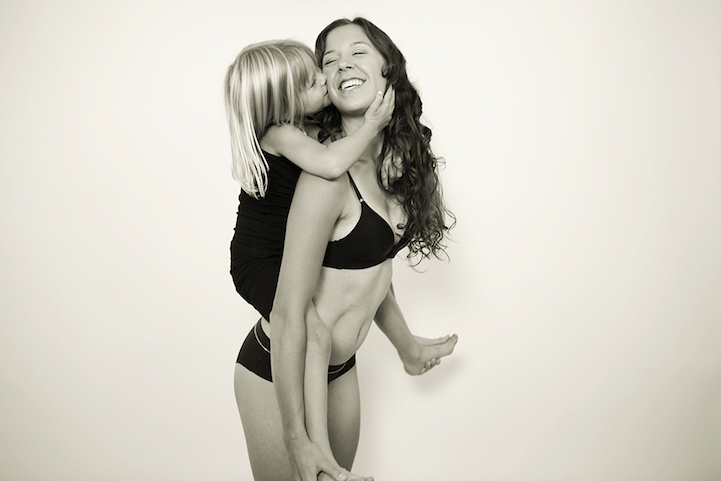 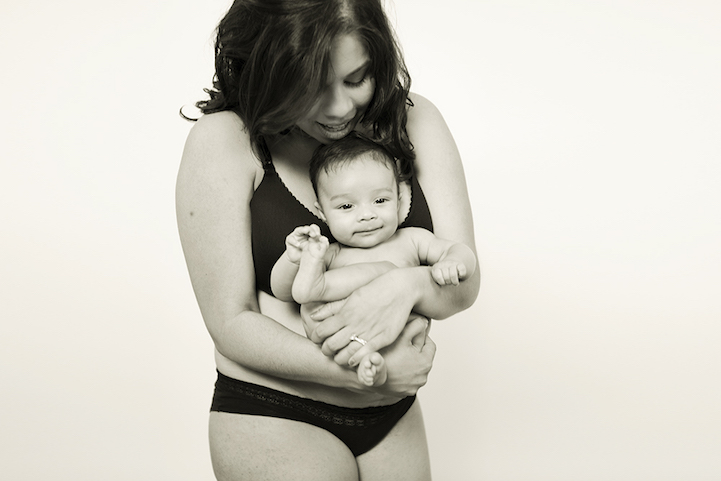 “The amazing Aneri Bhansali with her son Arjun (16 weeks).” 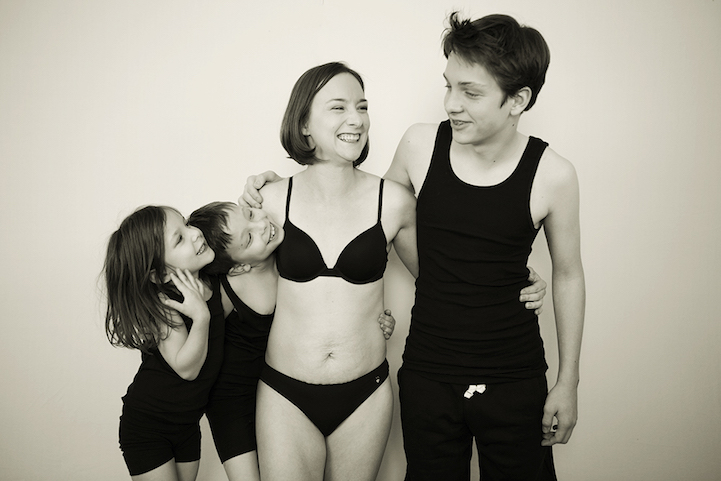 “The courageous Jennifer Carr and her children William (15), Atticus (8) and Bitsy (Elizabeth – 5).” 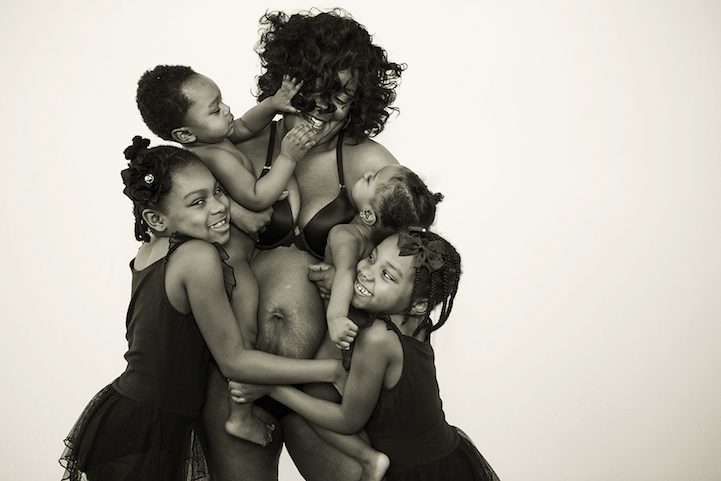 “The stunning Shunnell Lewis with her daughters Zariel (7), Anaya (5) and fraternal twins Aaron and Alexandria (15 months).” 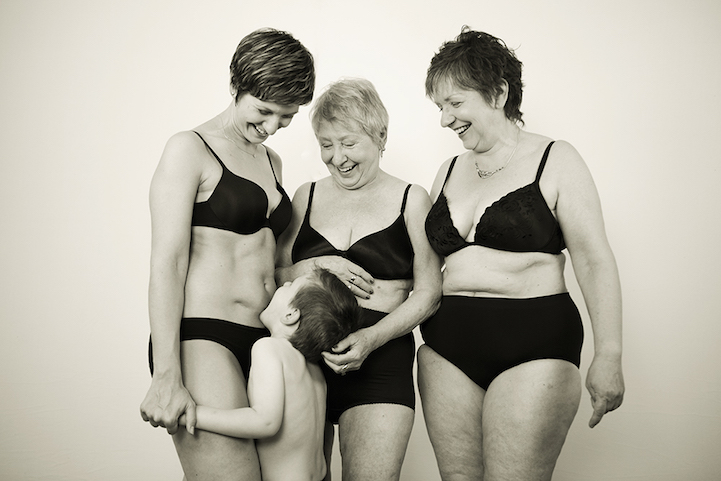 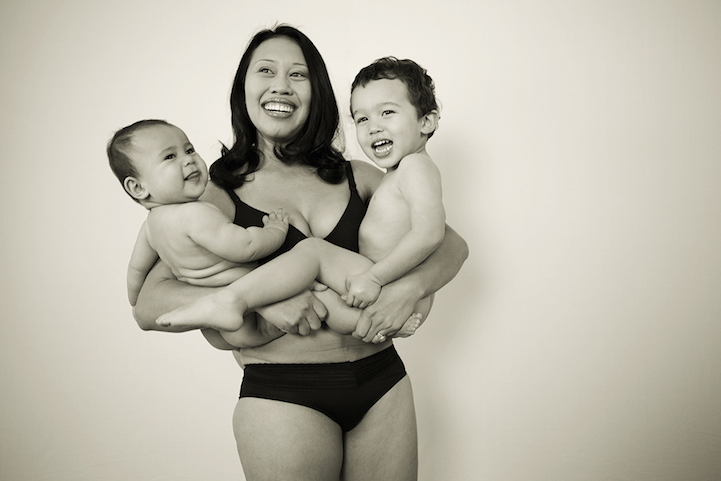 “The wonderful Charmaine Worthy with her son Jackson (3) and Layla (8 months).” 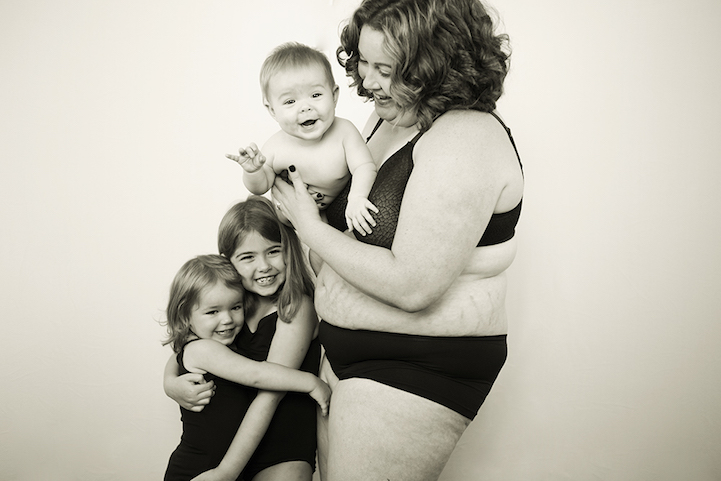 “The beautiful Katelyn Bailey with her daughters Isabella (6), Emilie (2) and Lillian (8 months).” 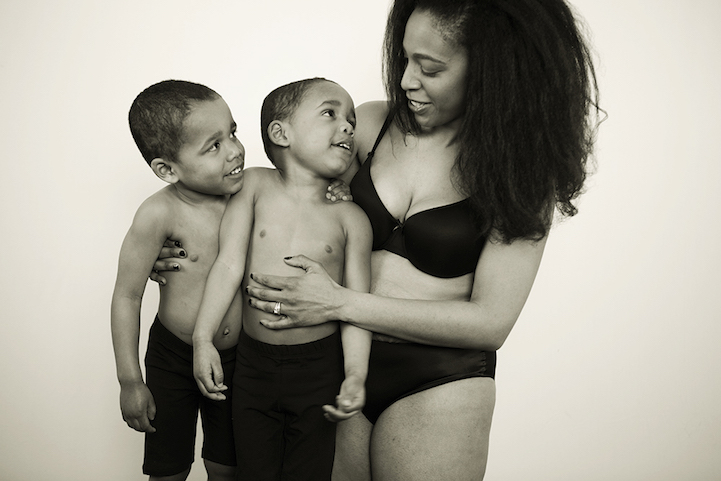 “The amazing Jennika Coleman with her identical twin boys Josiah and Malachi (3). She is also mother to Christopher (12).” 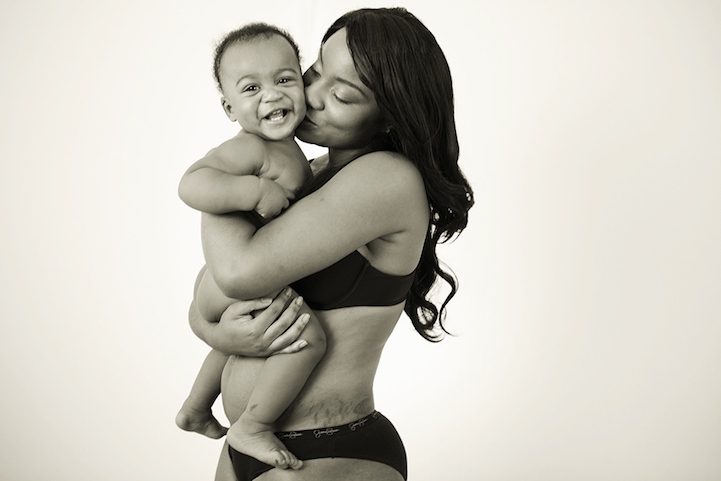 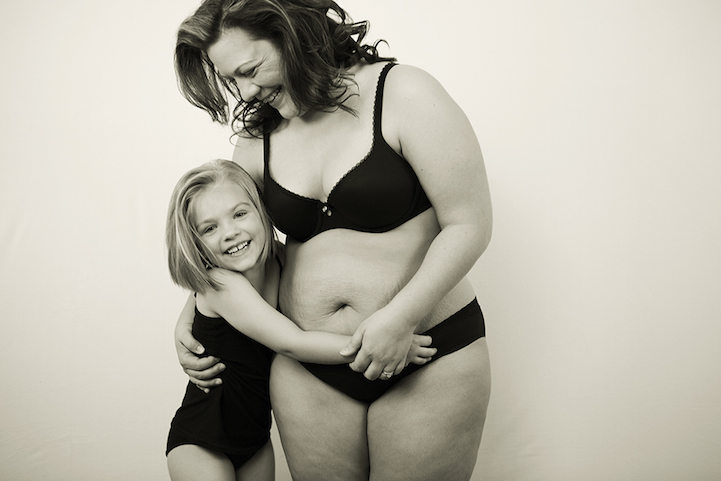 “The beautiful Melissa Boustedt and her daughter Daphne Bo (6).” 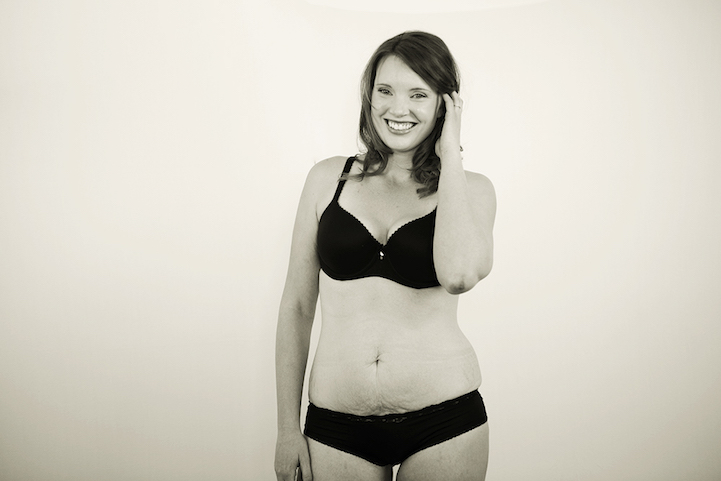 “The stunning Sara Fagley. Sara is mother of two boys Brayden (5) and Cooper (3).”