Just keep swimming, swimming, swimming… That is what one diver was doing in the clear waters of the Mediterranean Sea when he suddenly spotted something unusual. Amateur diver Shlomi Katzin was enjoying the waters off the coast south of Haifa, Israel when he stumbled upon an ancient medieval sword. Dating back hundreds of years to the Crusader period, the sword will soon join other artifacts on display in Israel after careful restoration.

As seen through his first-hand video footage, Katzin was swimming through clear waters in a natural cove when he spotted a collection of stone and metal on the seafloor. Influenced by the current, the shifting sands had exposed a treasure trove of artifacts dating back almost a millennium. Among the artifacts were anchors, pottery shards, and a sword encrusted with shells. Worried that the sands would shift again or the sword would be stolen by treasure hunters, Katzin brought it to shore and notified the Israel Antiquities Authority’s (IAA's) marine archaeology unit.

The IAA had been watching the sands of the cove for some time. The tranquil waters have been a known harbor for ships since the Bronze Age. In thanks for Katzin's dutiful and lawful reporting of the sword, he received a citizenship award. The sword itself will be cleaned and restored for display. The blade is 40 inches long and with a 14-inch handle. The sword is likely made of iron, like other medieval weapons of the time. It is thought to be 900 years old and the former property of one of the many crusading medieval knights who waged war on the Holy Land in the name of the Catholic church and European monarchs.

The Crusades were a series of military campaigns against those deemed heretics by the Christian church—primarily the medieval Muslim rulers of Spain and the Near East. The most well-known crusading expeditions were efforts to retake the Holy Land—primarily Jerusalem—in the 11th to 13th centuries. It is likely that during one of these periods, a crusader happened to lose his sword in the waters of the cove.

“It is exciting to encounter such a personal object, taking you 900 years back in time to a different era, with knights, armor, and swords,” says Nir Distelfeld, an IAA inspector for the robbery prevention unit. It is certainly fascinating how history is constantly emerging from shifting sands—both metaphorically and physically.

A diver near Haifa, Israel discovered a sword at the bottom of the Mediterranean Sea.

The sword is thought to be 900 years old.

The sword is likely from a crusader, dating to the period when Western European Christians waged war on the occupants of the Holy Land. 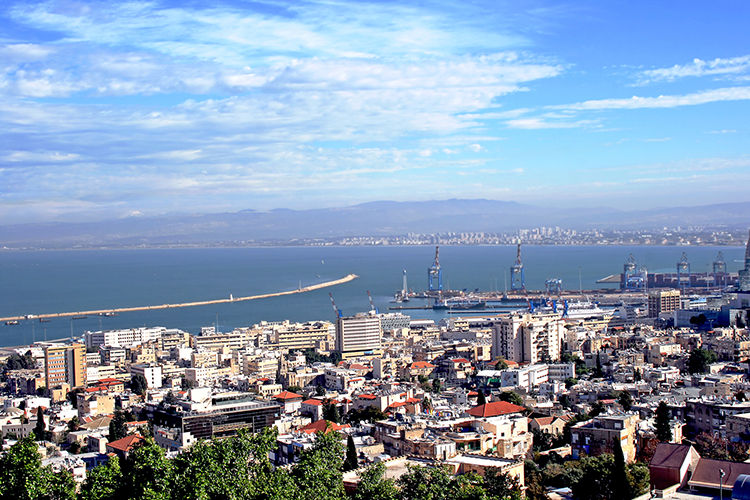 Watch the video of the underwater discovery to see the artifact for yourself.