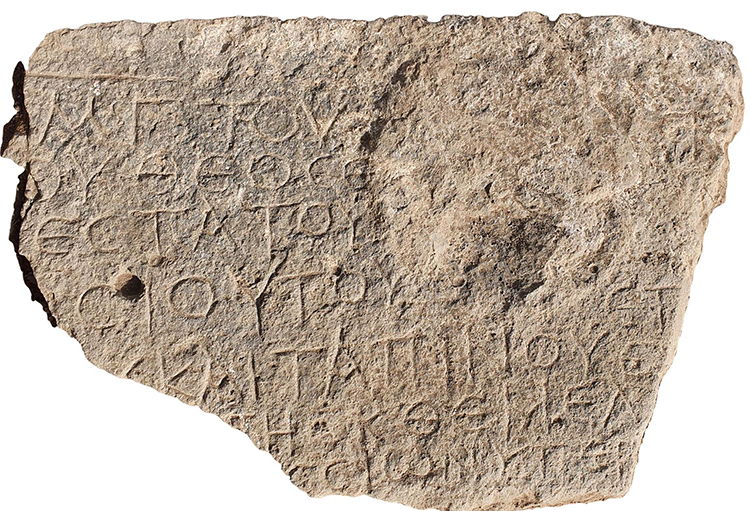 Many precious artifacts of human history still lie undiscovered, waiting for excavation. Archeologists in Israel have recently made an extraordinary find which adds to scholars' knowledge of local life in the region 1,500 years ago. A stone fragment covered in Greek inscription was unearthed in the remains of a religious building. The fragment's engraving begins with the words “Christ, son of Mary,” a phrase commonly used as a blessing by early Byzantine Christians. The fragment goes on to give clues about its function and location—an ancient church in et-Taiyiba (Taiba) in the Jezreel Valley of Israel.

The Israel Antiquities Authority (IAA) announced their discovery on January 20, 2021. The fragment is believed to be part of a lintel (the top of a doorframe) over the entrance to a church. However, the inscribed stone was actually found within the walls of the fifth-century building. Archeologist Yardenna Alexandre told The Jerusalem Post that this likely indicates that the building once collapsed and was repaired using its own stone. Inside the church, archeologists also discovered an elaborate mosaic floor with abstract designs.

The engraved stone fragment found in the walls was translated by Leah Di-Segni, a researcher at the Hebrew University of Jerusalem. It reads, “Christ born of Mary. This work of the most God-fearing and pious bishop [Theodo]sius and the miserable Th[omas] was built from the foundation –. Whoever enters should pray for them.” At the time of the stone's engraving, Greek was the official language of the Byzantine Empire, the successor to the Roman Empire in the eastern Mediterranean. The Theodosius referenced in the inscription was a regional archbishop with spiritual authority over the area including the modern town of et-Taiyiba. He founded the church in question and—like many other ancient patrons—inscribed his deed in stone.

The first phrase of the inscription is especially interesting to scholars for what it reveals about early Christian life in the area. “Christ born of Mary” was a common blessing used to avoid evil forces, according to Di-Segni. As worshippers passed through the door, they would benefit from the blessing inscribed above. According to researchers, this phrase confirmed that the ancient religious building was in fact a church rather than a monastery. The latter would have seen much less lay traffic coming and going. According to Dr. Waleed Atrash of the IAA, “this is the first testimony to the church from the Byzantine period in [et-]Taiyiba, and it adds to other finds attesting to the activities of Christians who lived in the region.”

Other excavations in the area have uncovered a later church dating to the time of the medieval Crusades when a military fortress was built in the town. As researchers learn more about the newly discovered ancient church, they will be able to decipher more about the lives of those who lived and worshipped in the region.

Archeologists in Israel have discovered an ancient early-Byzantine Church with a stone tablet inscribed with the blessing, “Christ, son of Mary.” 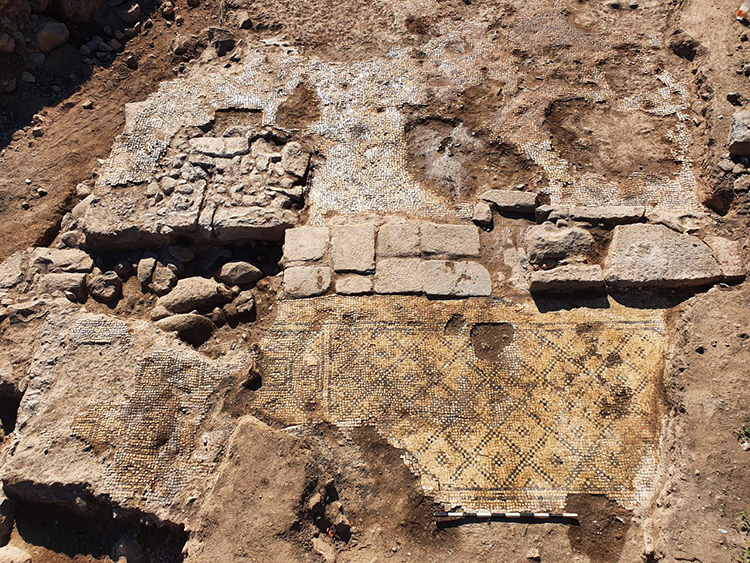 A mosaic floor revealed in excavations at the building where the inscription was discovered. (Photo: Tzachi Lang/ Antiques Authority)