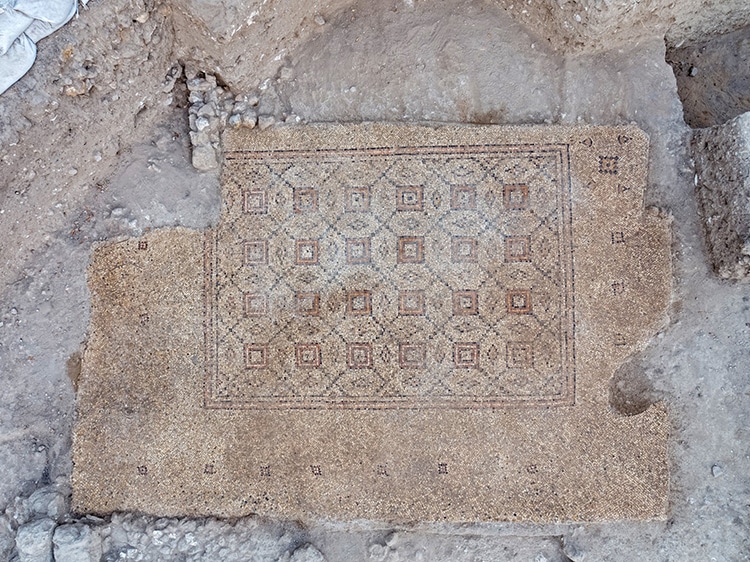 Mosaic floors are an important feature of ancient art and architecture in the Mediterranean and Near East. In fact, these intricate ruins often appear when least expected—such as beneath a vineyard in Italy. On a dig just outside Yavne—a city located 15 miles south of Tel Aviv in Israel—a team of archeologists from the Israel Antiquities Authority (IAA) discovered a well-preserved mosaic floor with detailed geometric patterns. This discovery is the first of its kind in the area, which is known for boasting an industrial complex dating to the Byzantine era.

Per a statement from the IAA, the dig was directed by Dr. Eli Haddad, Liat Nadav-Ziv, and Dr. Jon Seligman. Part of a larger project, the excavations have focused on identifying and preserving ruins in preparation for a residential building project on the outskirts of Yavne (ancient Jabneh). Most of the buildings discovered so far have been identified as industrial in purpose. As a result, when the team stumbled upon a white mosaic, they assumed it was another—relatively banal—room for production. “At first, we did not realize that the floor is multicolored,” said Dr. Eli Haddad and Dr. Hagit Torgë.

However, the team noticed black patches around the mosaic's edge. By dissolving the white patina with a special acid, the residue of many years was removed to reveal a multi-colored geometric pattern of tesserae (the pieces of a mosaic). The decorations indicate the floor was perhaps part of a wealthy villa where people lived near the industrial center. The floor dates to around 400 CE. At this time, much of present day Israel was under the control of the Byzantine Empire—also known as the Eastern Roman Empire.

After documenting the mosaic in situ (in its original location, as found), specialists removed the floor for preservation. The goal—as announced by the IAA in partnership with local authorities—is to display the mosaic “in a central location in the city, so that the values embodied in its heritage are preserved and made accessible to the general public.”

Yavne has a rich history stretching back to the ancient Philistines. Since the 8th century BCE, it has been a center of Jewish culture and Torah study. Through the work of the ancient Rabbi Yohanan ben Zakkai, the oral Torah was preserved and studied in Yavne after the Roman destruction of the Temple of Jerusaleum in 70 CE. Any visitors to the area will be able to view the mosaic and learn more about the area's rich history.

A Byzantine-era mosaic floor with ornamental geometric patterns has been discovered outside the city of Yavne in Israel. 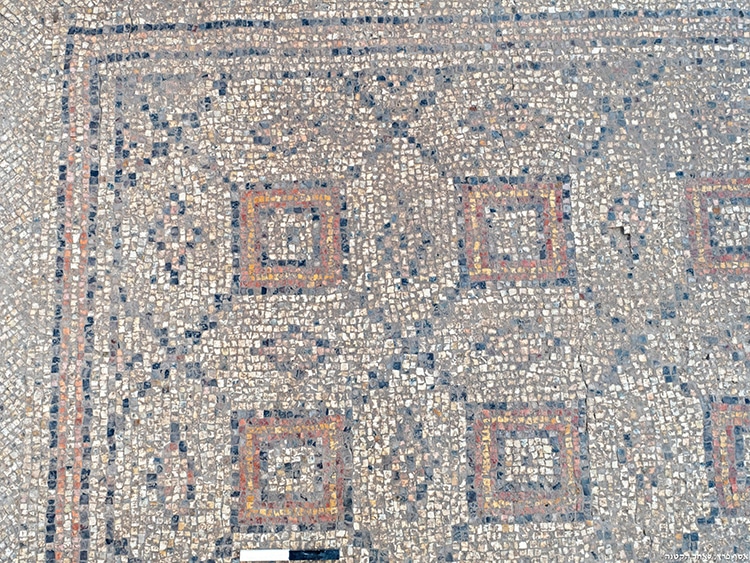 The team initially though the floor was part of an industrial complex, however it seems it was actually part of a nearby luxury villa. 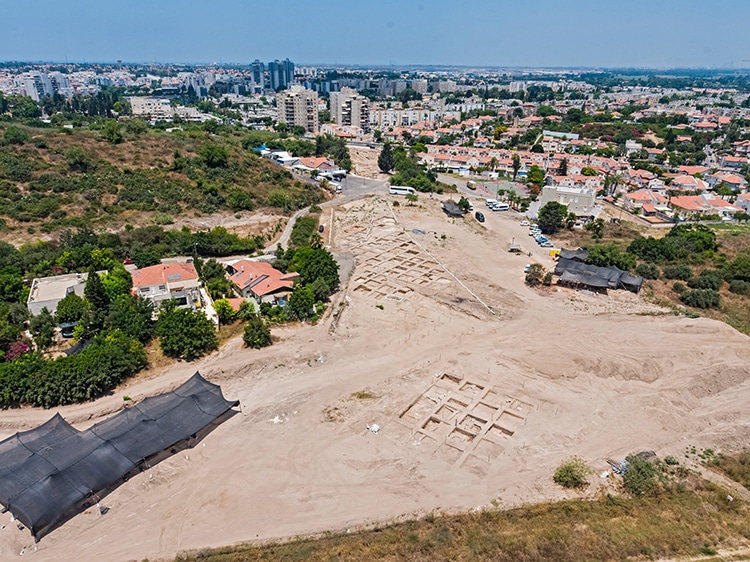 The mosaic will be preserved and put on display in the city center for all to see. 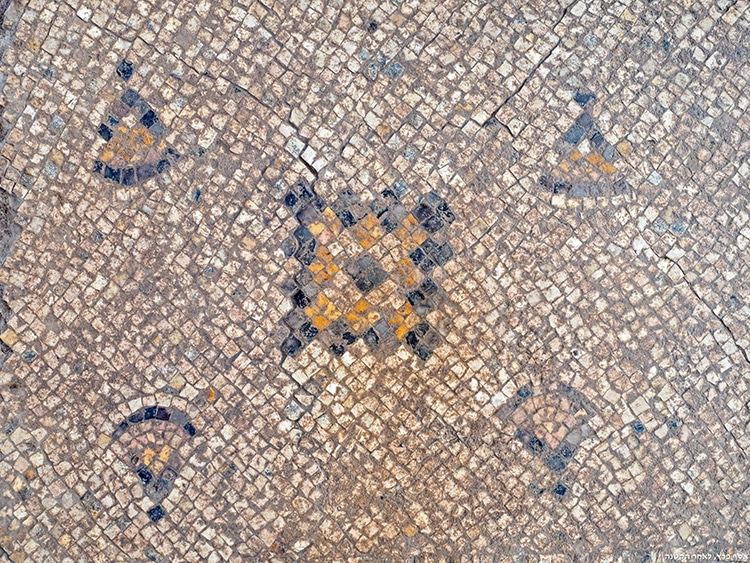