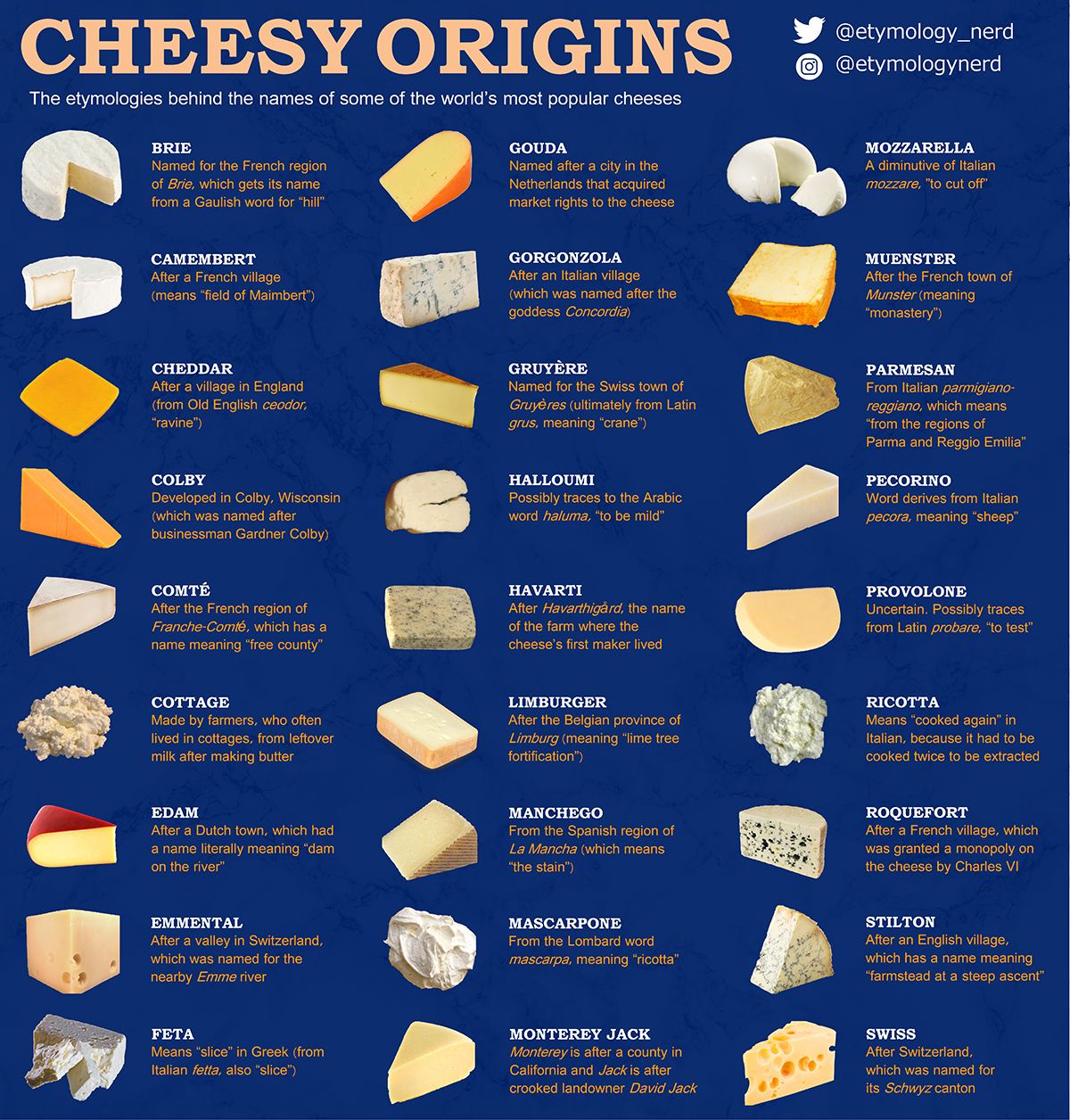 Have you ever wondered where the name “cheddar cheese” comes from? The delicious dairy product is actually named after an English village; the village in turn draws its name from an Old English word, ceodor, meaning a ravine. This fascinating fact is an example of etymology—the study of the origin of words and how the meanings of these words change over time. Luckily, there is a Harvard College linguistics student who is dedicated to making the study of words accessible and understandable for all. Inspired by his own self-described “disturbing interest in word origins,” Adam Aleksic has put his knowledge of world languages to work creating artistic, fun infographics describing where commonplace items and cultural touchstones get their names.

Aleksic began his blog The Etymology Nerd in 2016 as an outlet for his love of language and history. The project now boasts countless fascinating infographics on topics ranging from the hidden etymologies of city neighborhoods to how Nintendo characters got their names. If you've ever wondered how Crispin apples got their name, or where Chewbacca got his moniker, Aleksic has the answer. To create his infographics, he uses the linguistic studies and research skills of an excellent social scientist combined with his ability to speak in four languages with varying degrees of fluency.

In addition to his helpful infographics, the linguist offers resources for those who are interested in learning a bit more about how language develops. Sometimes academic buzzwords can be confusing, but this glossary can help newbies understand the important terms used in etymology. You can also find an elaborate flow chart created by Aleksic to illustrate how languages descend from one another. In this family tree of speech, you will find English nestled into the larger branch of Germanic languages, which in turn falls under the broad heading of Indo-European languages. One will notice how many languages have evolved and then passed into history over thousands of years. With infographics and charts, Aleksic is bringing the history of language to light in a way which emphasizes the diverse, ancient history of human speech.

Scroll down to see some of Aleksic's amazing infographics (click to see an enlarged version). You can follow the linguist on Instagram and his blog The Etymology Nerd for even more infographics and a fascinating “word of the day” mini-etymology lesson every day.

Harvard student and linguist Adam Aleksic runs the website The Etymology Nerd, where he creates fascinating infographics describing the origin of common words. 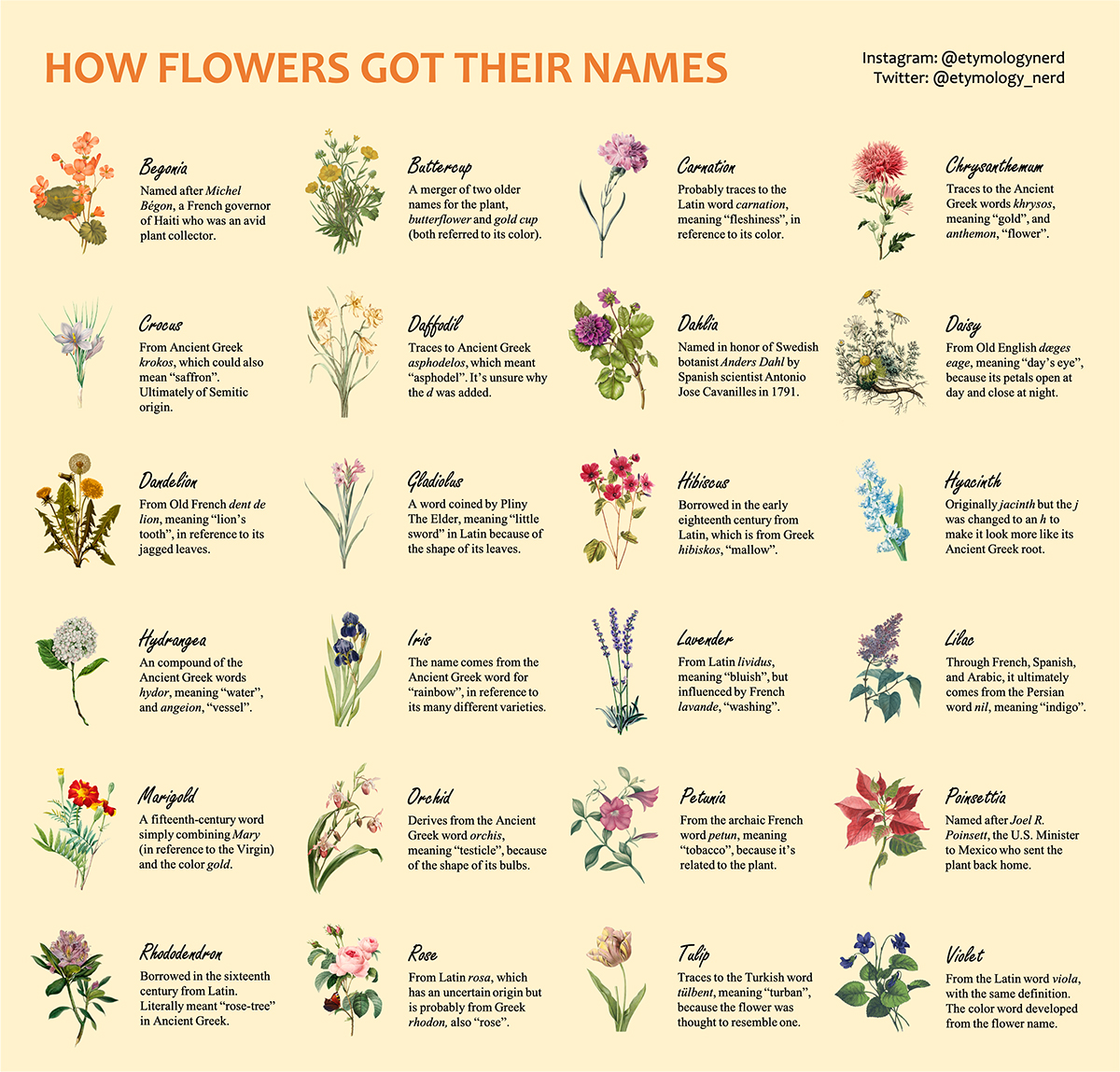 Etymology is the study of how words emerge, evolve, and change in meaning over time. 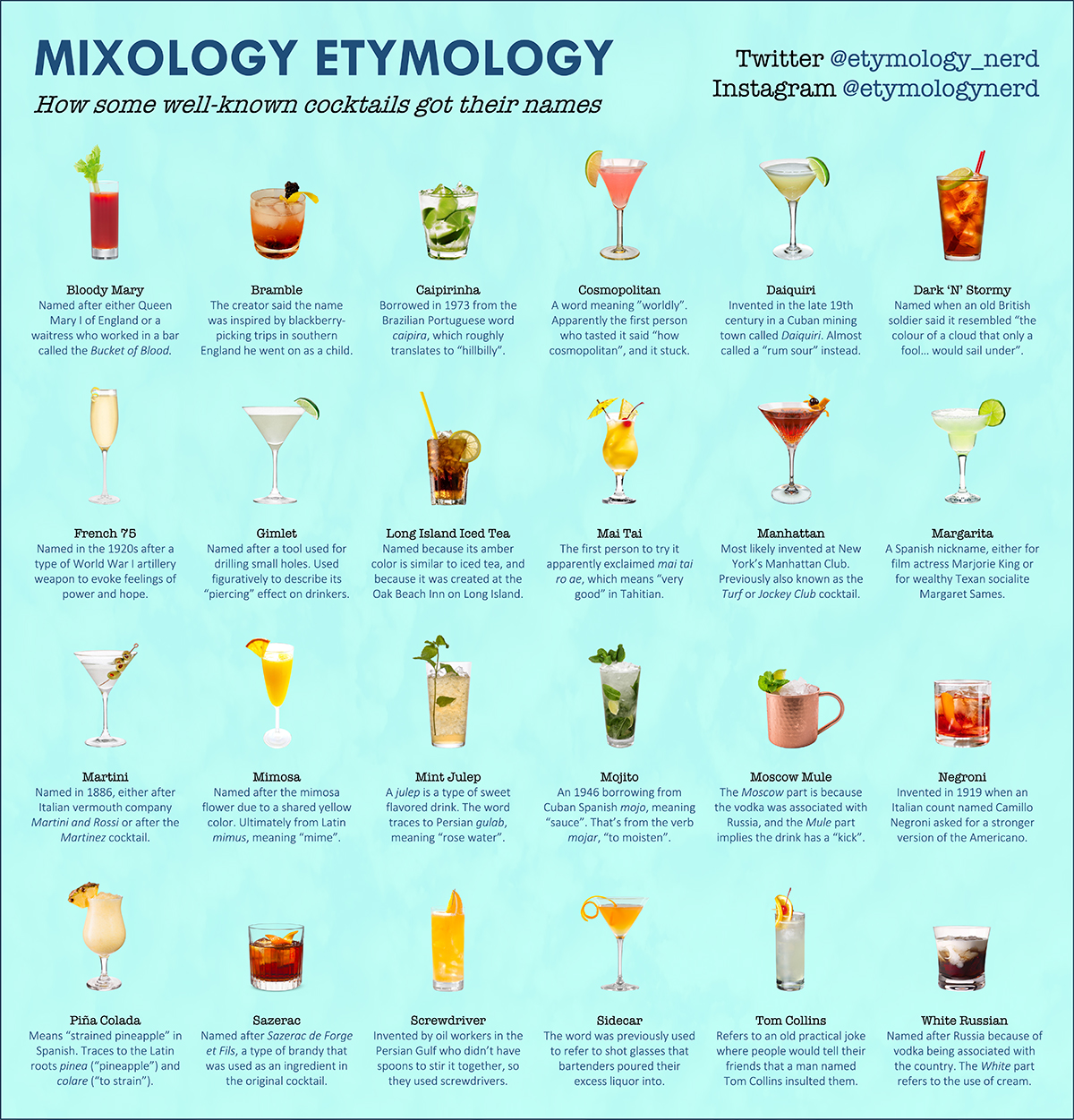 Curious about why Crispin apples or rigatoni are called the monikers they currently bear? 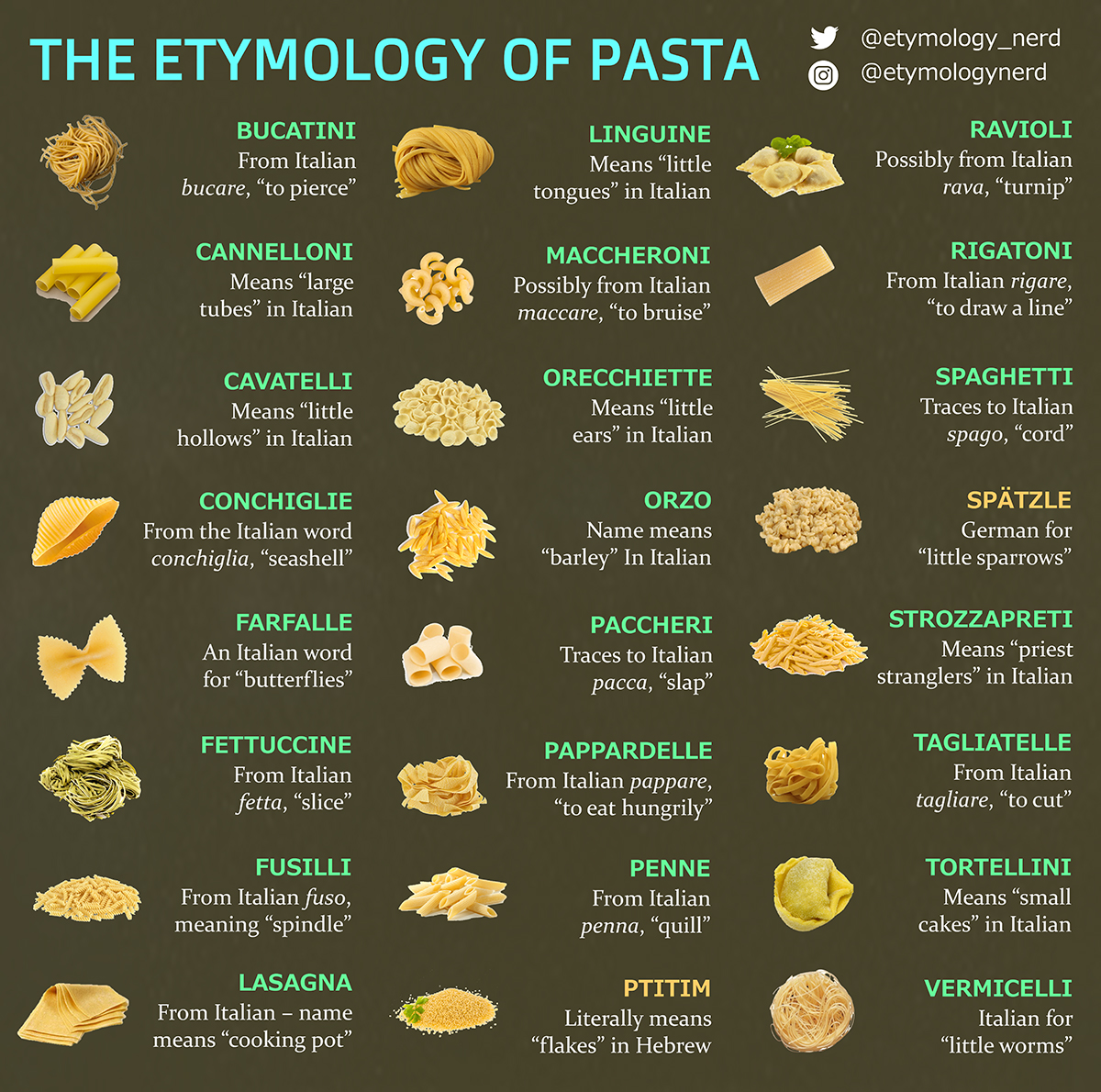 Check out The Etymology Nerd to explore even more about the hidden history of human speech. 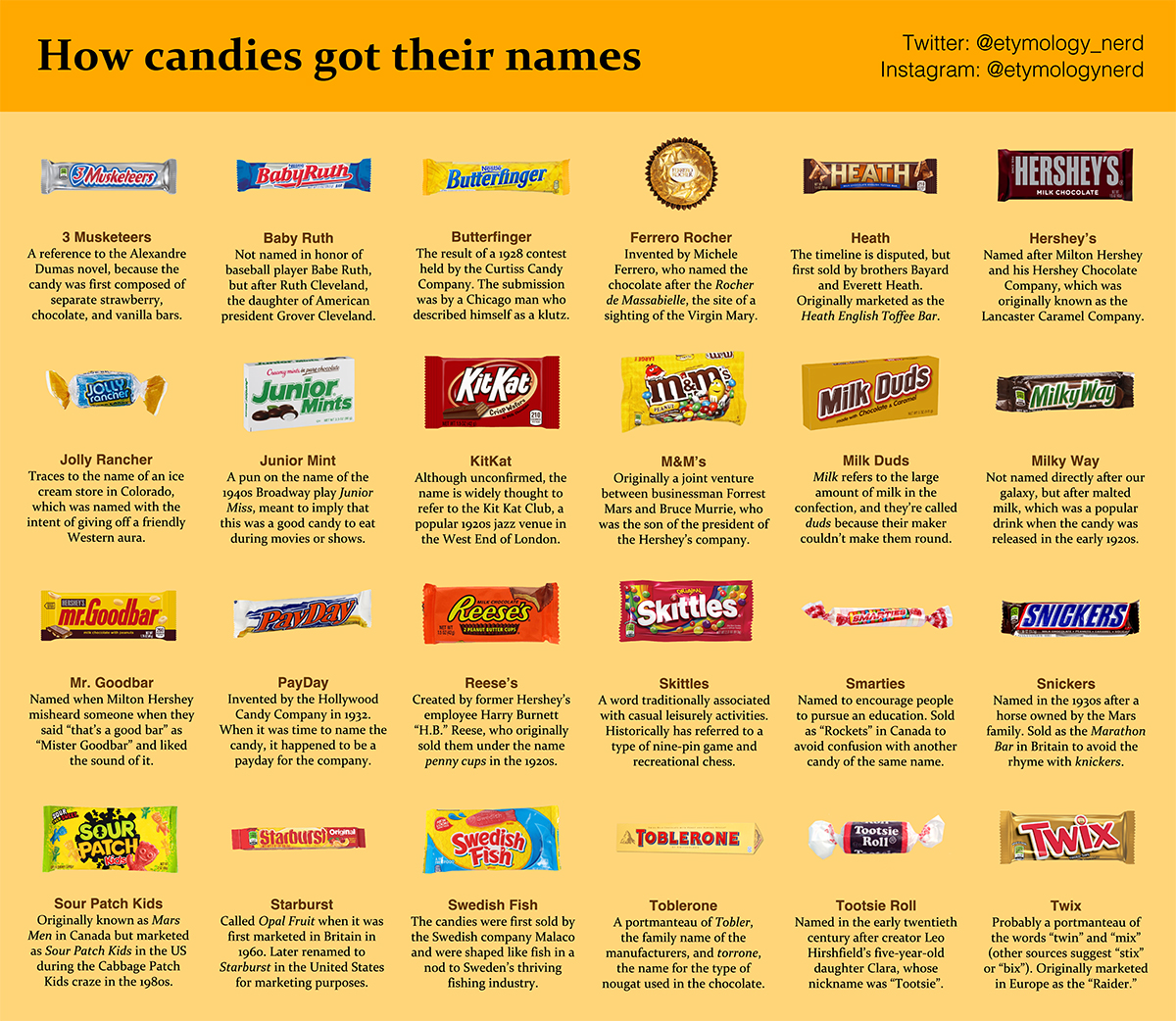 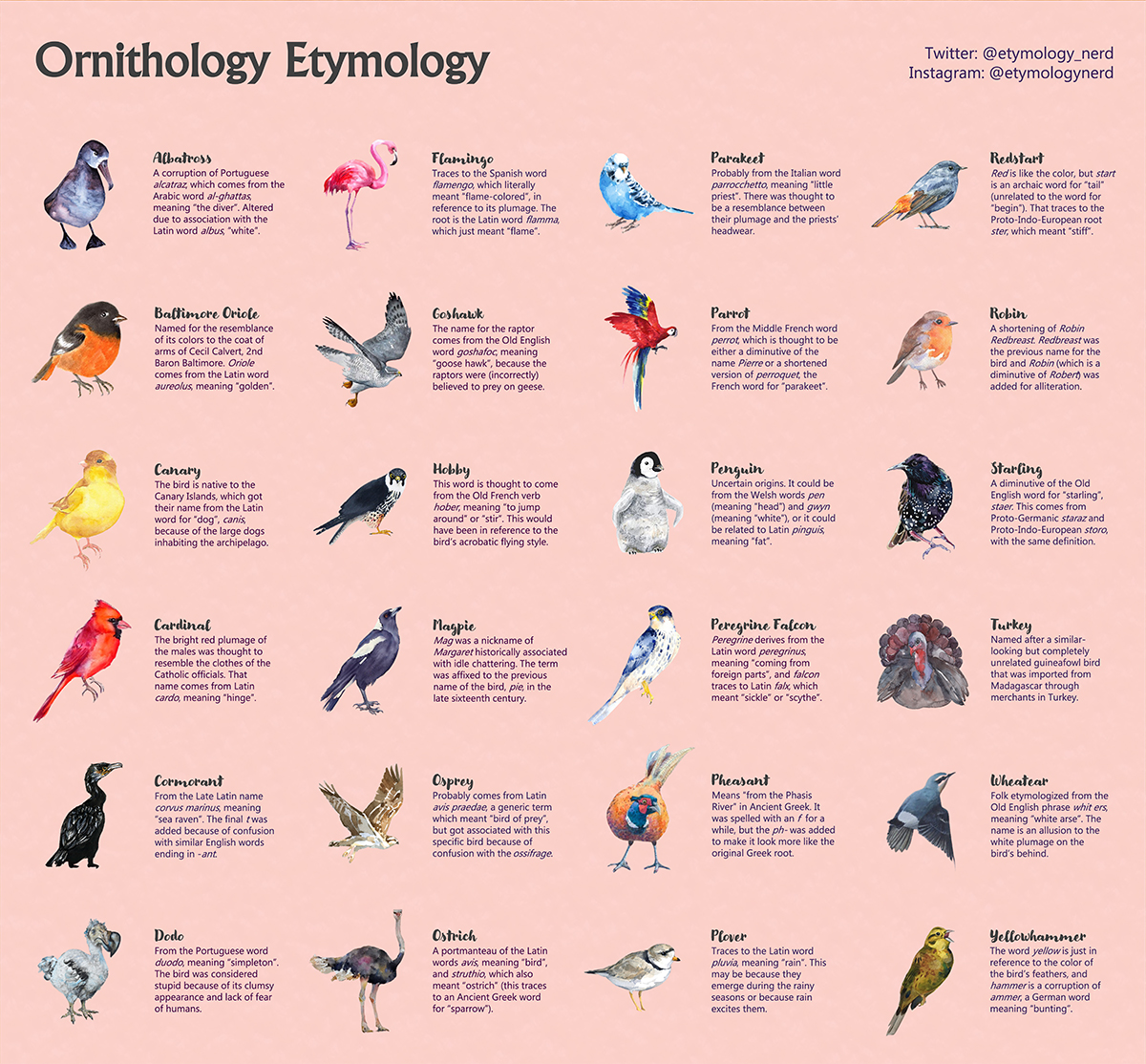 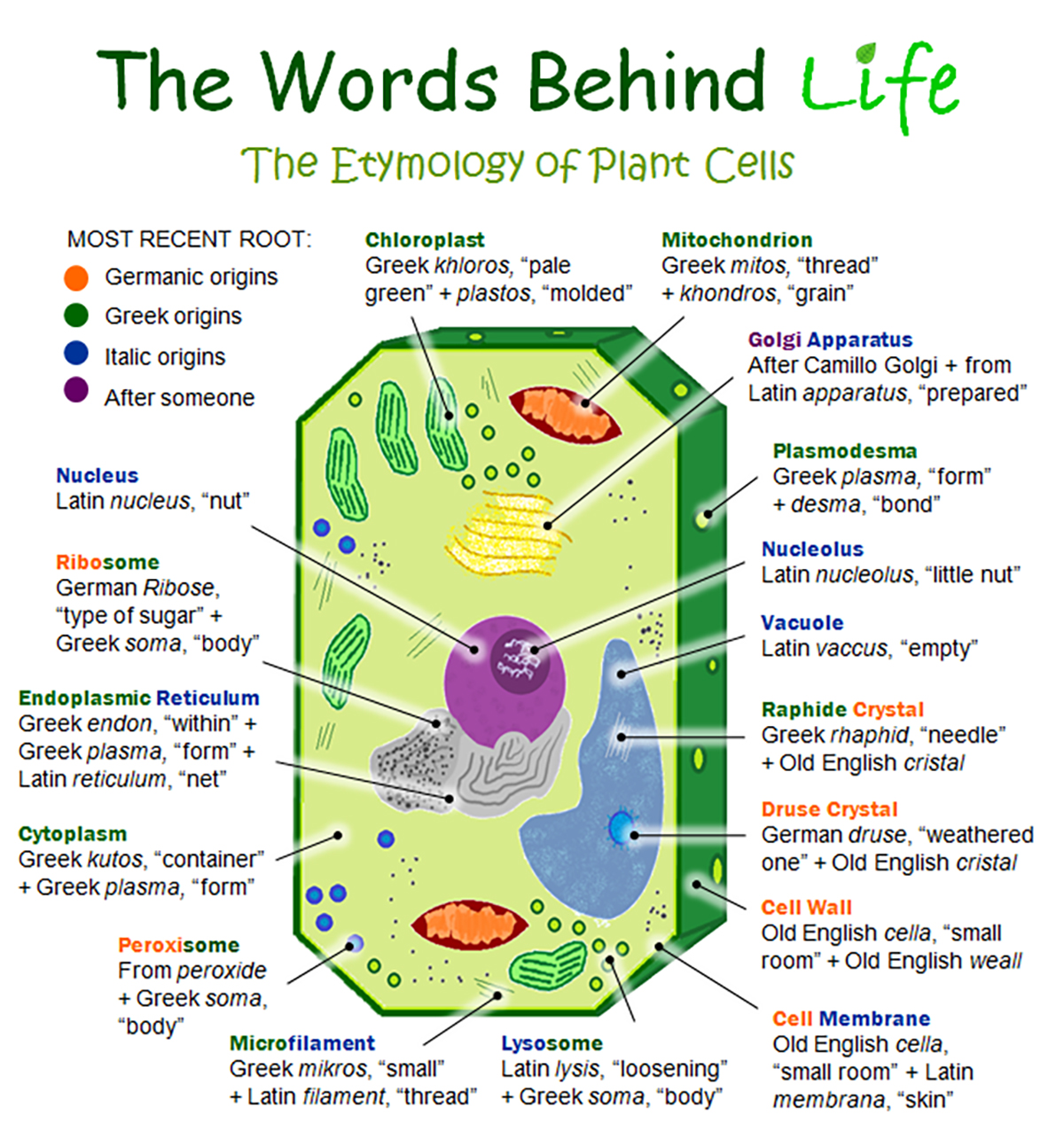 Did You Know where these pasta names came from? Share
Like My Modern Met on Facebook
Get Our Weekly Newsletter
Become a
My Modern Met Member
As a member, you'll join us in our effort to support the arts.
Become a Member
Explore member benefits