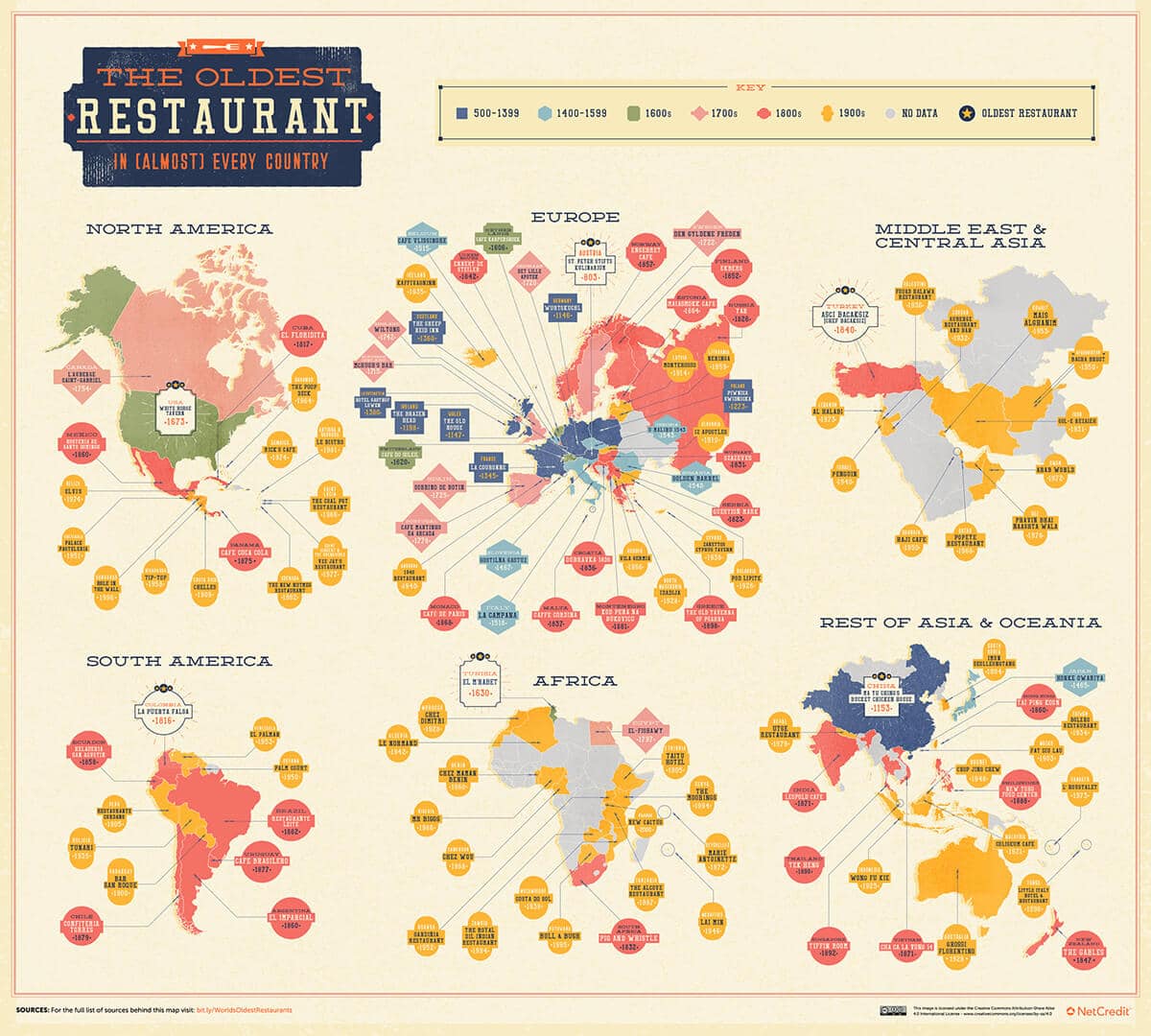 Fascinating infographics recently created by NetCredit offer history buffs and adventurous foodies a colorful tour of “The Oldest Restaurant in (Almost) Every Country.” While the term “restaurant” comes from the French word for a restorative broth served in eat-in establishments in 18th-century Paris, dining out has a long and diverse history across the world. These colorful graphics bring together a wealth of global gastronomical history. The mouth-watering signature dishes may even serve as travel inspiration.

Many of the restaurants serve traditional fare that has endured over centuries. The oldest establishment, St. Peter Stifts Kulinarium in Austria, dates back several centuries to 803 CE. Today, guests enjoy Austrian classics such as wiener schnitzel among more modern selections featuring local meats and cheeses. While Europe dominates the list of the top ten oldest operating restaurants globally, each continent boasts its own esteemed institutions. El M'Rabet, Africa's oldest restaurant, was established in 1630 in Tunisia. Visitors to Colombia may feast on tamales and ajiaco soup at La Puerta Falsa, the oldest South American restaurant. Founded in 1153, China's oldest restaurant uses traditional recipes passed down within the family of the original founder, Ma Yu Ching. Ma Yu Ching's Bucket Chicken House is a testament to the enduring allure of the best recipes.

To see the full list of oldest restaurants by country, NetCredit has compiled a spreadsheet with sources and links for the interested world traveler, history buff, or gourmand. World travelers can seek their favorite dishes and discover local history as they eat.

Ever wonder what the oldest restaurant in your country is? NetCredit has put together a simple map with info about almost every country in the world. 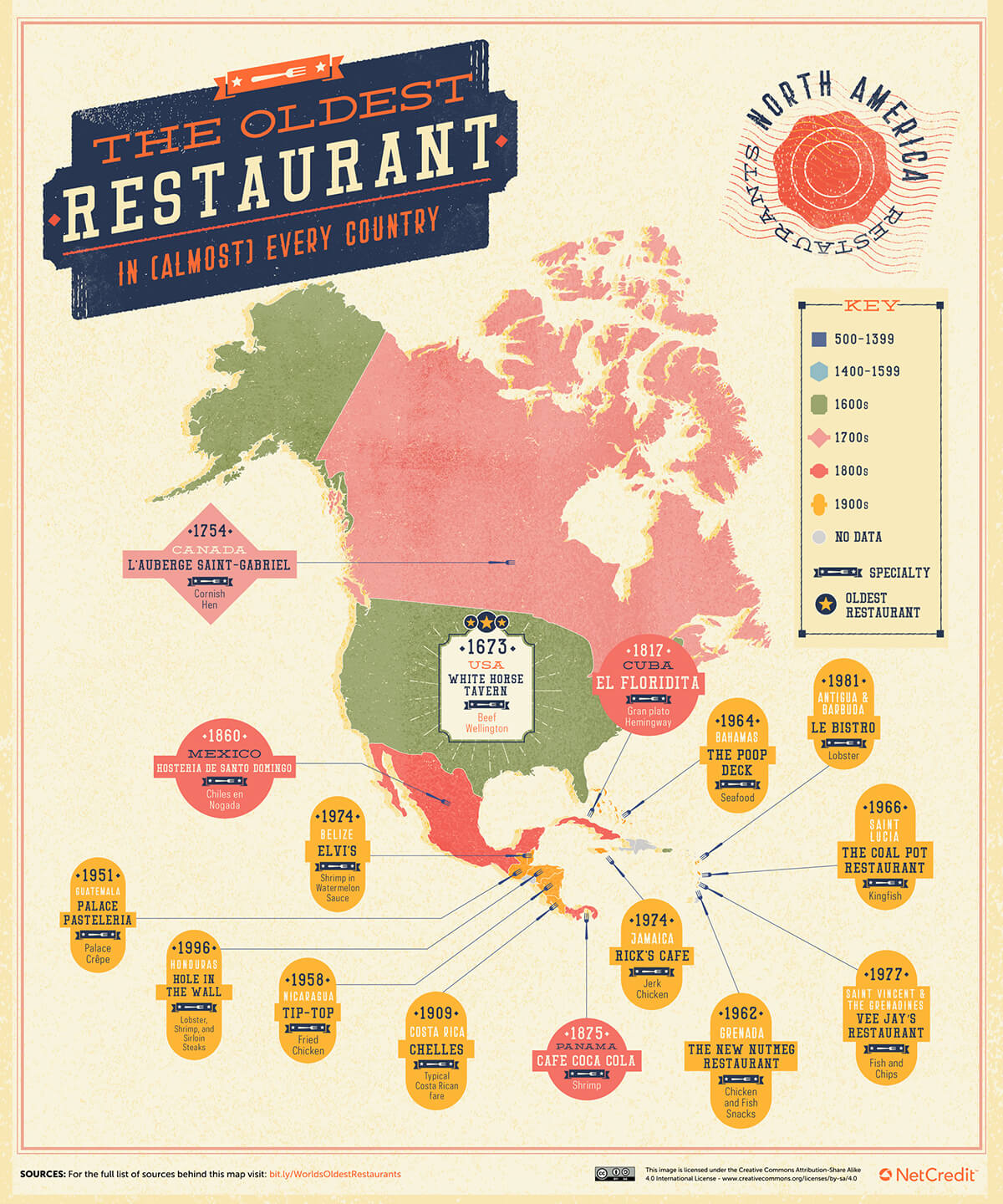 The top spot for oldest operating restaurant in the world goes to St. Peter Stifts Kulinarium in Austria, which has been around since 803. 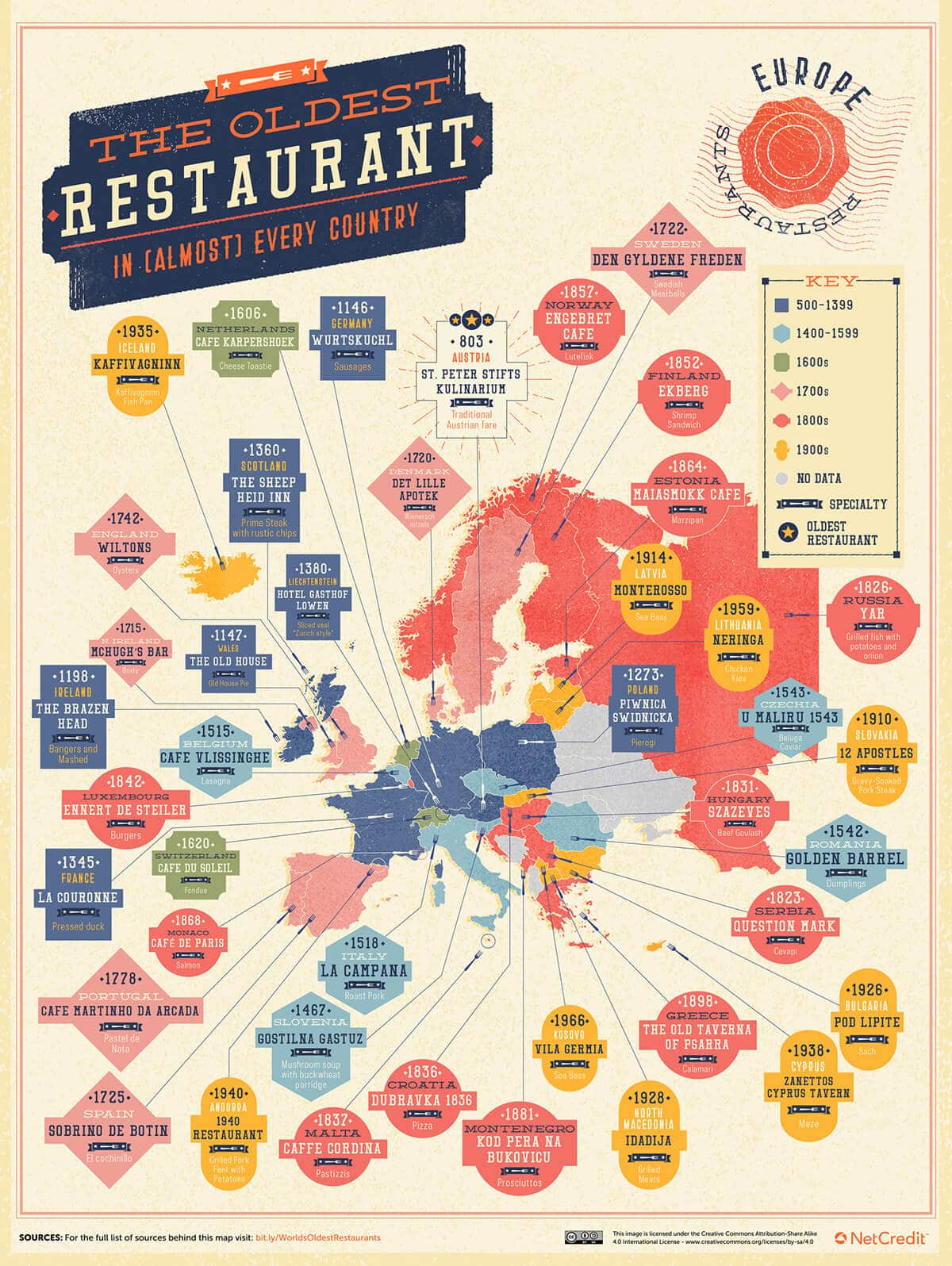 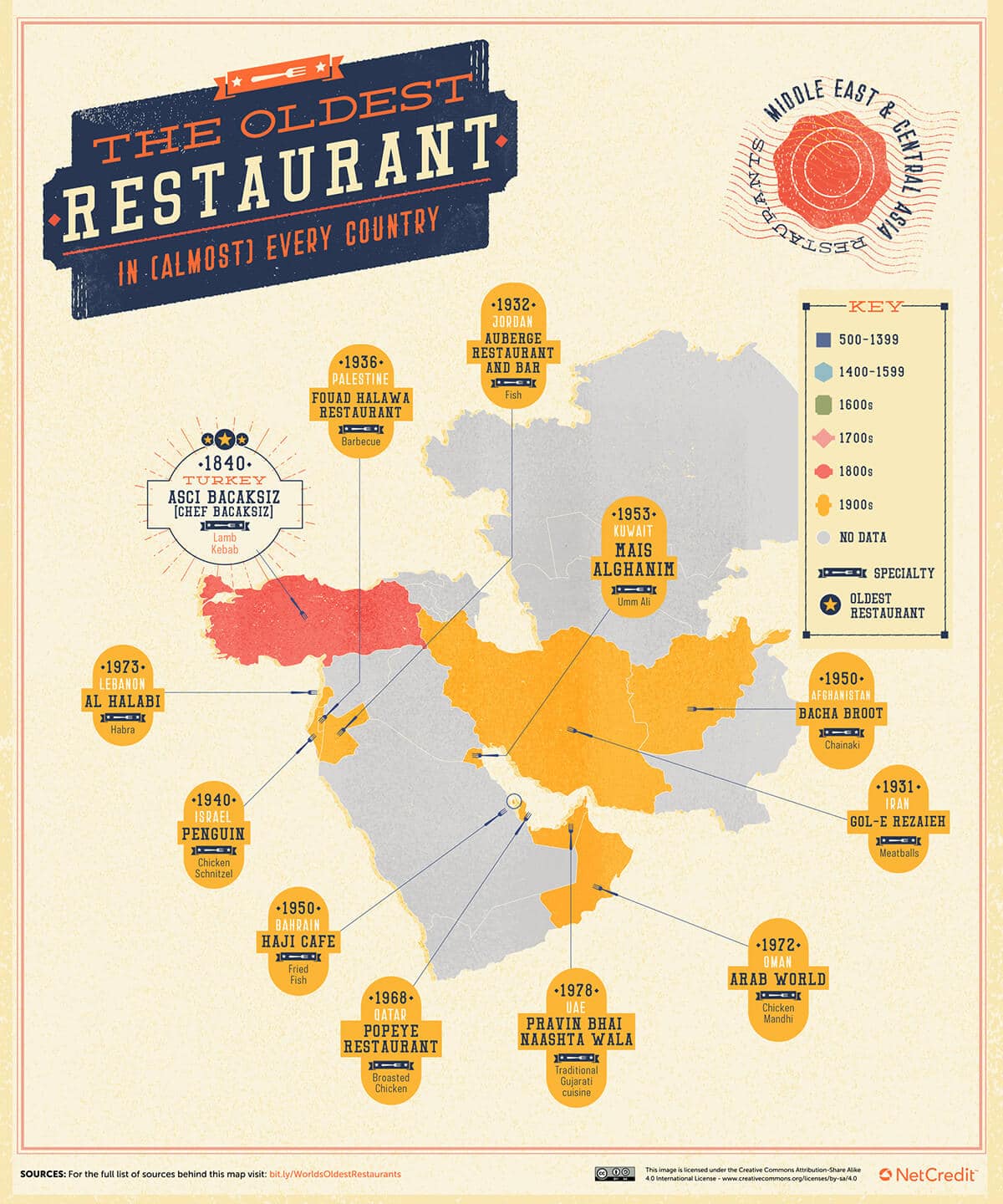 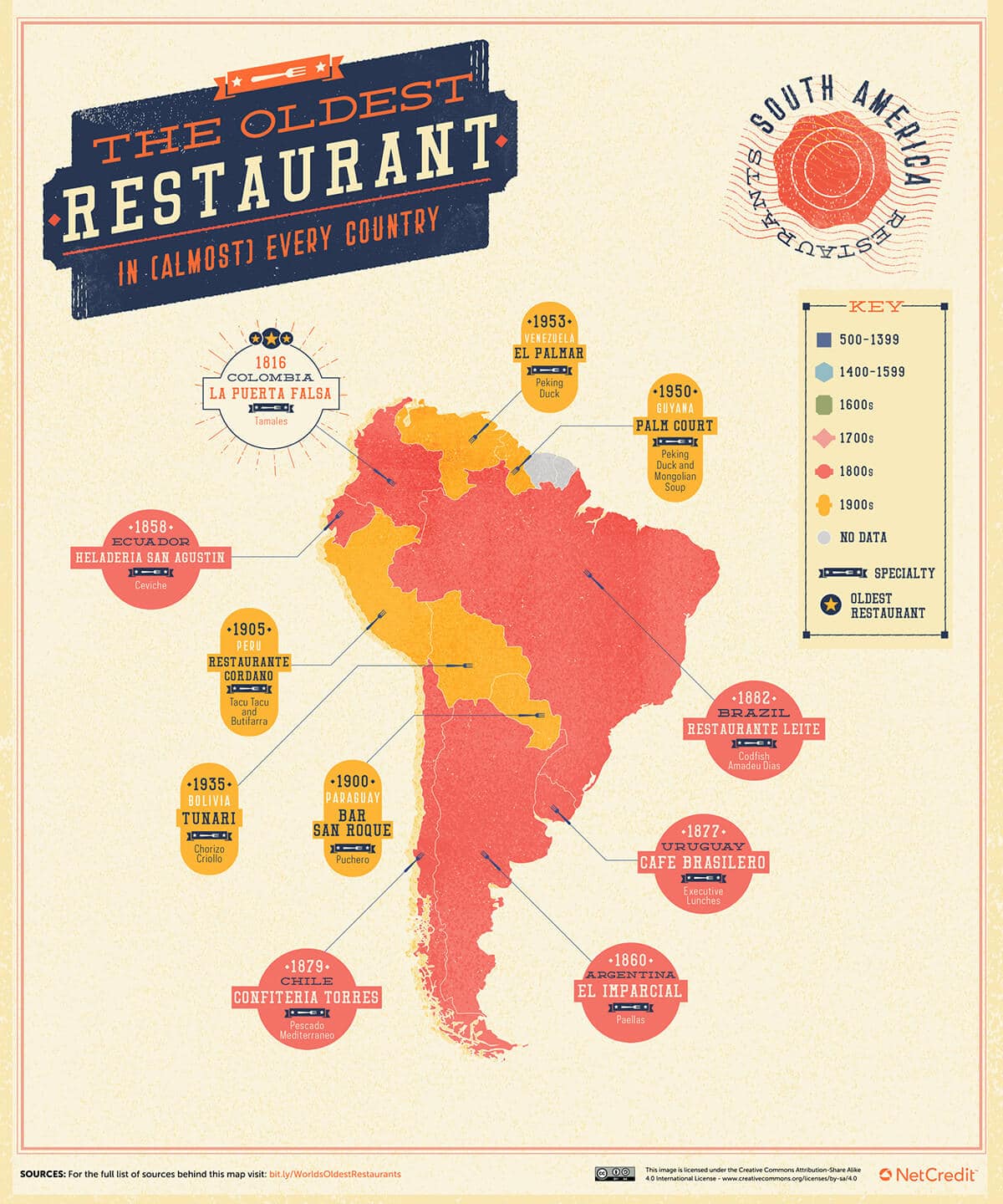 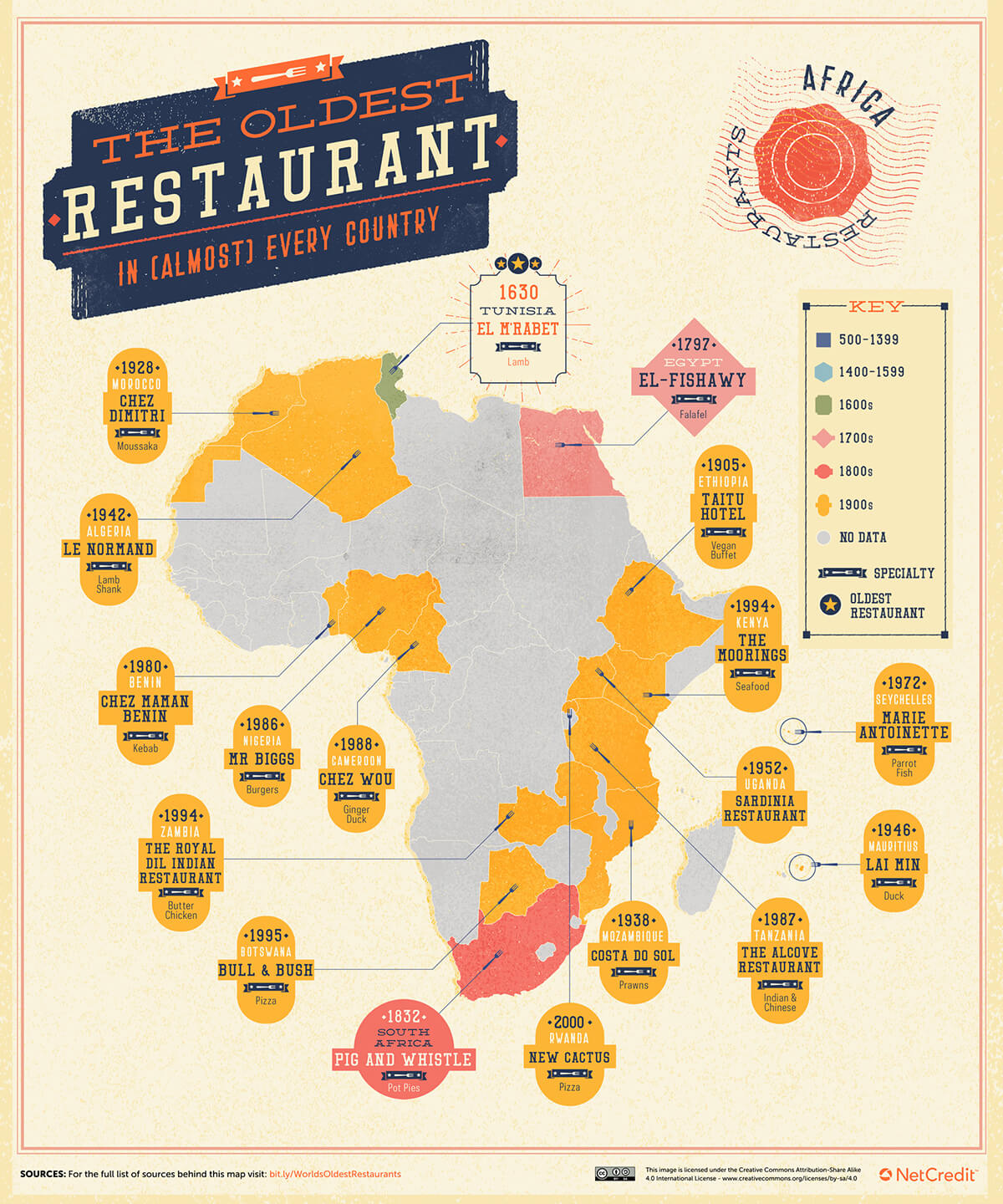 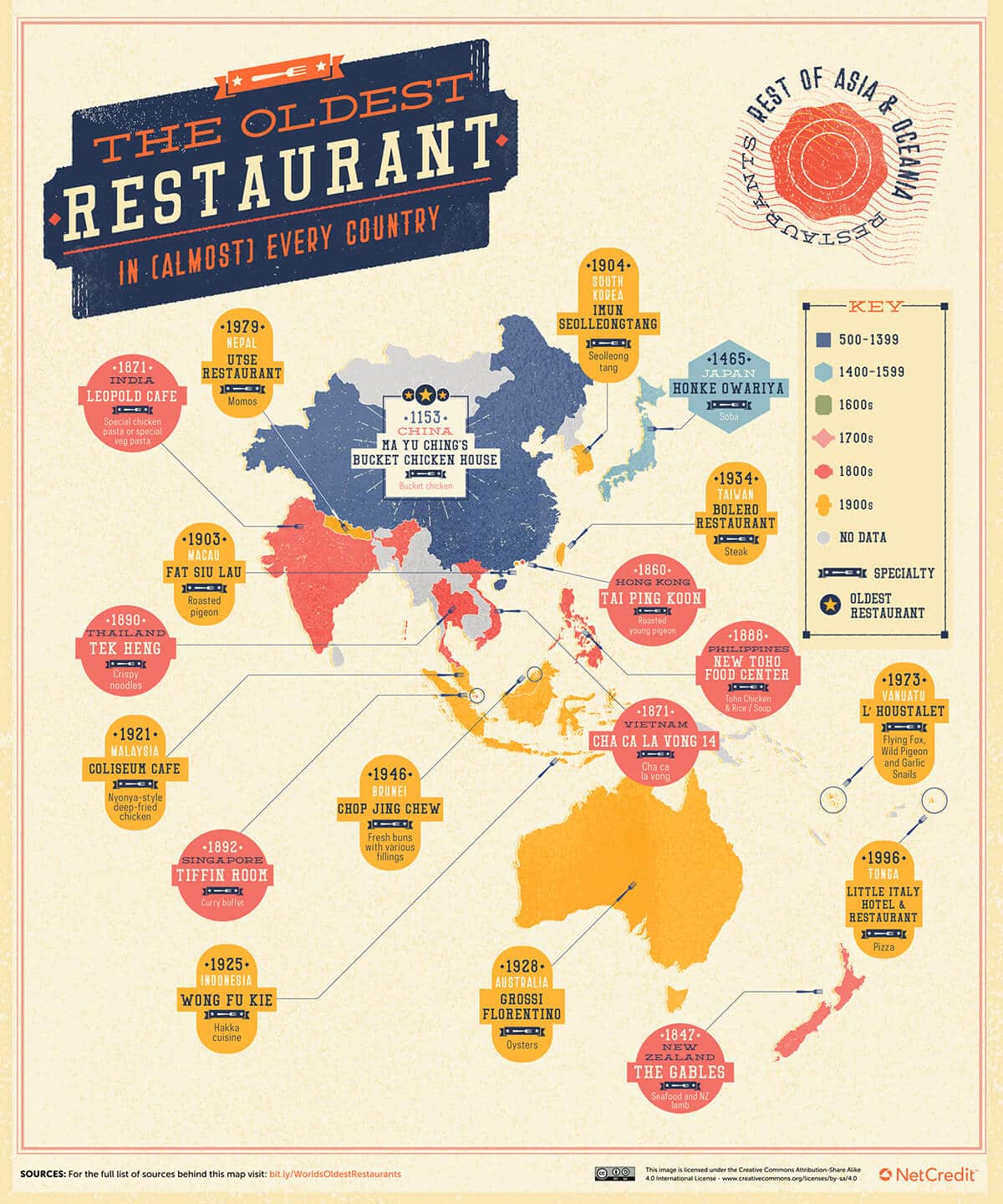 What’s the oldest restaurant in your country? Share
Like My Modern Met on Facebook
Get Our Weekly Newsletter
Become a
My Modern Met Member
As a member, you'll join us in our effort to support the arts.
Become a Member
Explore member benefits