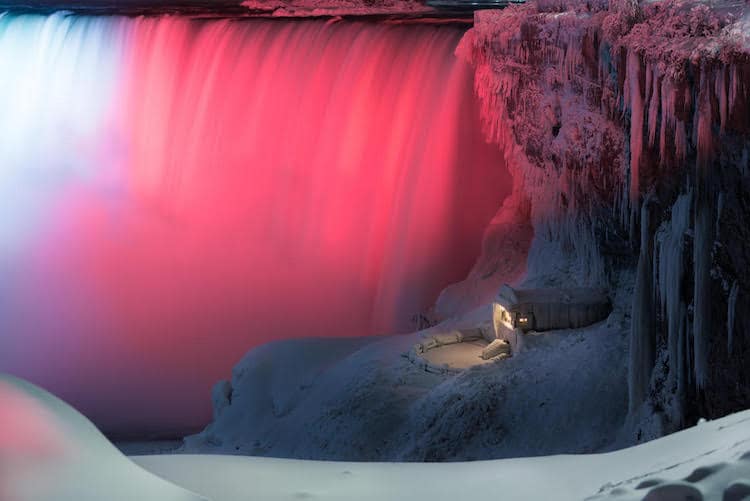 We recently shared images of Niagara Falls frozen due to the extreme cold hitting North America over the winter. But Toronto-based photographer Adam Klekotka captured a whole new vision of the frozen falls with his stunning night photography. While he'd visited Niagara Falls several times during the daylight, the chilly temps made a night visit irresistible.

“I knew that the falls are illuminated during the night and I wanted to see it for a long time,” Klekotka tells My Modern Met. “There were two weeks of the extreme cold weather earlier this month. According to the news, Canada was colder than Antarctica and even colder than the surface of Mars. I thought it was a good opportunity to see Niagara Falls for the first time during the winter and the first time at night.”

Klekotka's photographs seem more like scenes from a fantasy film than the beloved Canadian waterfalls. The lights filter through the darkness to cast incredible colors across the white snow and ice, causing the entire area to seem frozen in time. But getting the shots in chilling weather was no easy feat. Drops of water freezing onto the lens were an issue, with Klekotka needing to wipe the lens clean after every shot, risking frostbite.

Luckily, his Sony A7R2 and 70-200mm, f/4 lens held up, allowing him to capture the majesty of Niagara Falls under these unique circumstances. And, given the results, his perseverance paid off. The most striking thing for the photographer during his evening shoot? “I was amazed by the big icicles around the falls. The light show, combined with ice, gave a perception of being on a different planet. A very cold planet.”

Here are more of the spectacular images photographer Adam Klekotka captured of Niagara Falls frozen and illuminated at night. 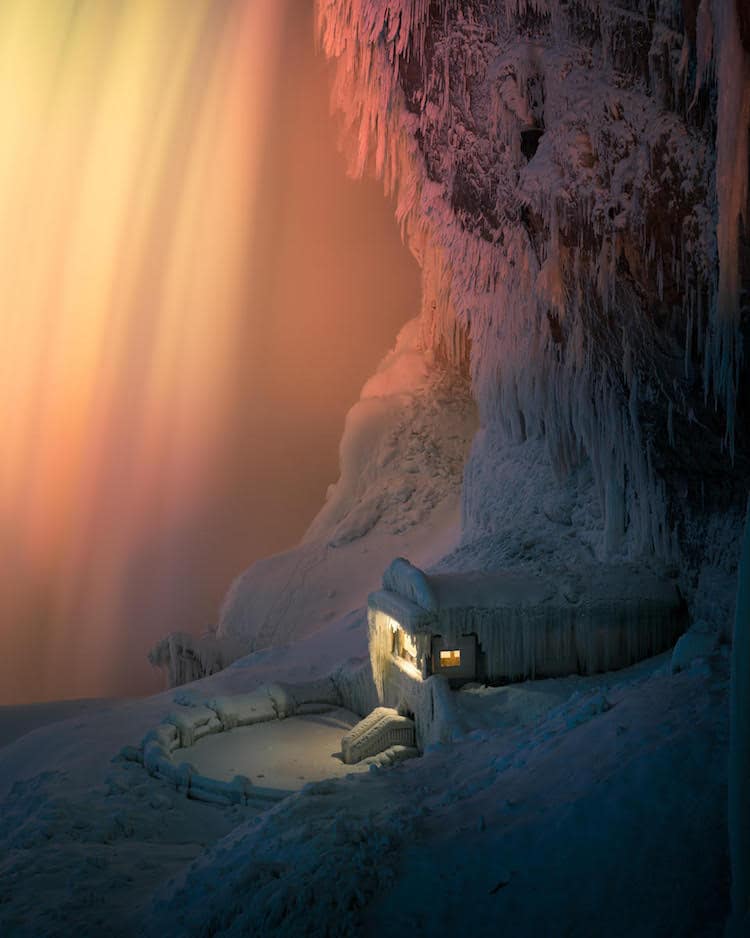 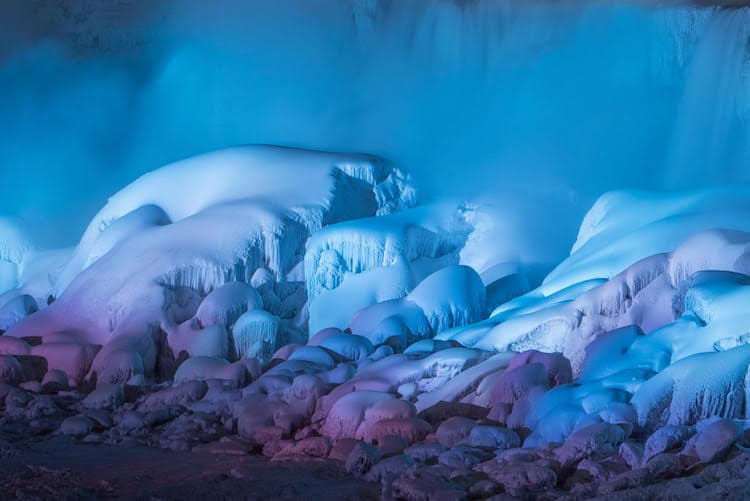 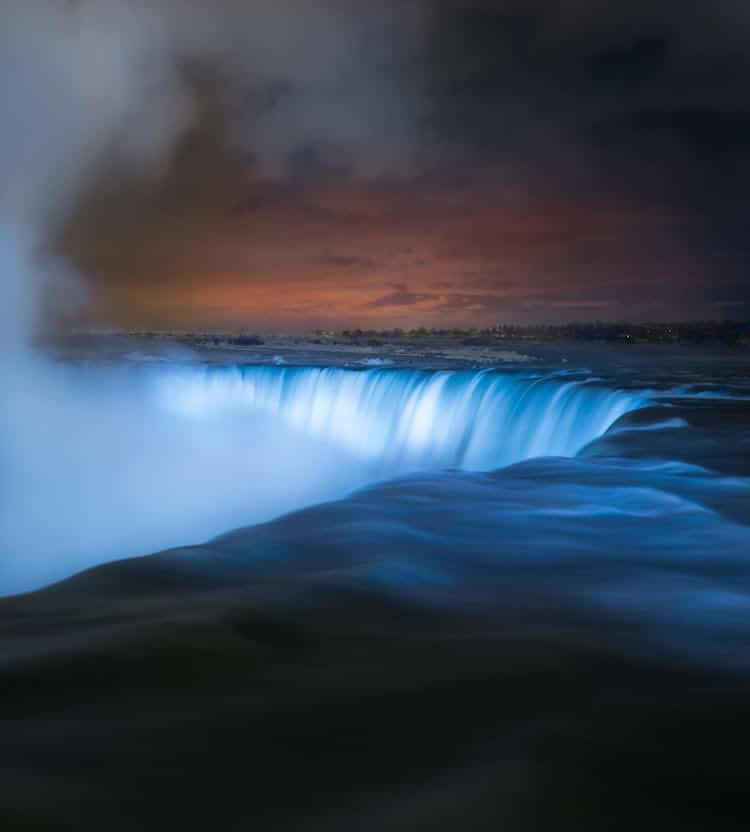 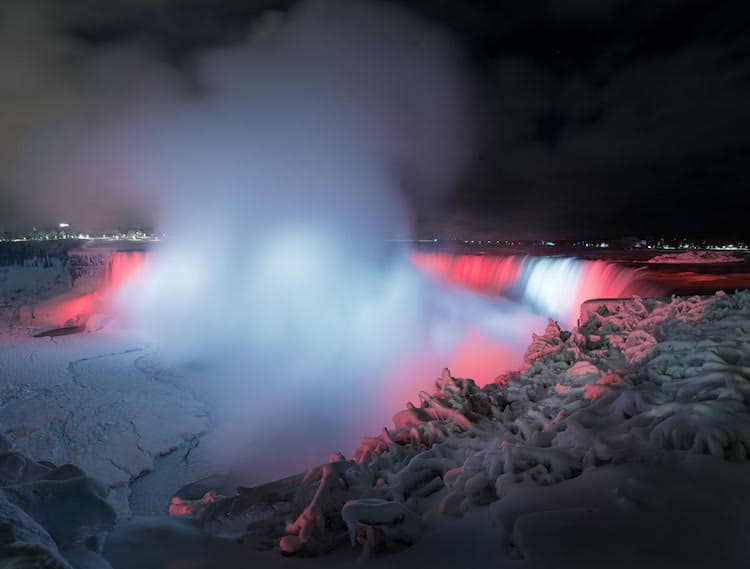 My Modern Met granted permission to use images by Adam Klekotka.

The Breathtaking Beauty of Iguazu Falls