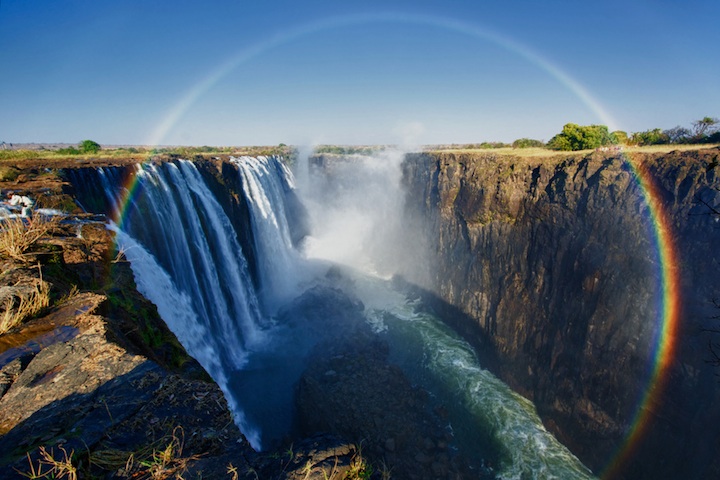 At 5,600 feet (or one mile) wide, as high as 354 feet, and with 23 million gallons of water pouring over its edge every minute, Victoria Falls holds the prestigious title as the largest waterfall in the world. Located on the border of Zambia and Zimbabwe in Africa, the waterfall has also been called the Greatest Falling Curtain of Water on the Planet and is listed as one of the Seven Natural Wonders of the World (alongside the Grand Canyon, the Great Barrier Reef, the Harbour of Rio de Janeiro, Mount Everest, the Aurora Borealis and the Paricutin volcano.)

To give you an idea of just how big this natural phenomenon is, it's twice as high as the Niagara Falls and well over twice the width of Niagara's Horseshoe Falls. The force of the water sends mist up into the air that can be felt from about 19 miles away.

For photographers, this is a must-visit destination, not only because of all the breathtaking views but because you can capture beautiful rainbows there during the day and at night. Victoria Falls is one of a limited number of sites around the world where you can see a moonbow or lunar rainbow. (As you may recall, a normal rainbow is the product of sunlight reflecting through water and a lunar rainbow is the result of moonlight reflecting through water.)

One of the most beautiful shots of the falls is by photographer Nicole Cambr (see above). “Capturing the rainbow over the falls was more challenging than I thought especially with the spray,” she writes on her 500px page. “On Livingstone Island, on top of the falls, I finally managed to capture this full rainbow.”

Now, here are our top 12 photos of rainbows over Victoria Falls. 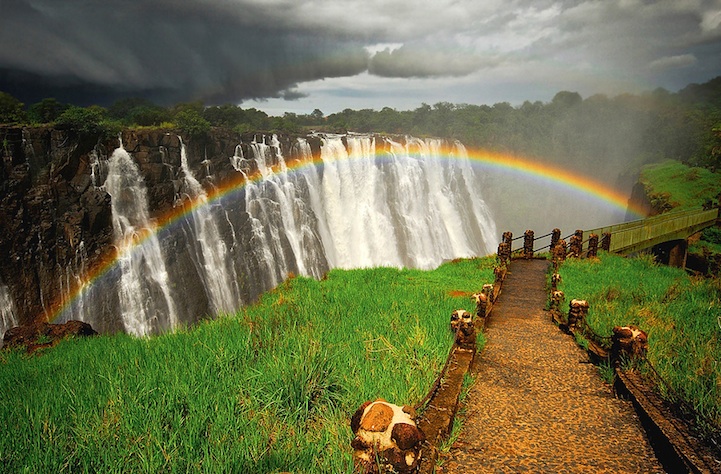 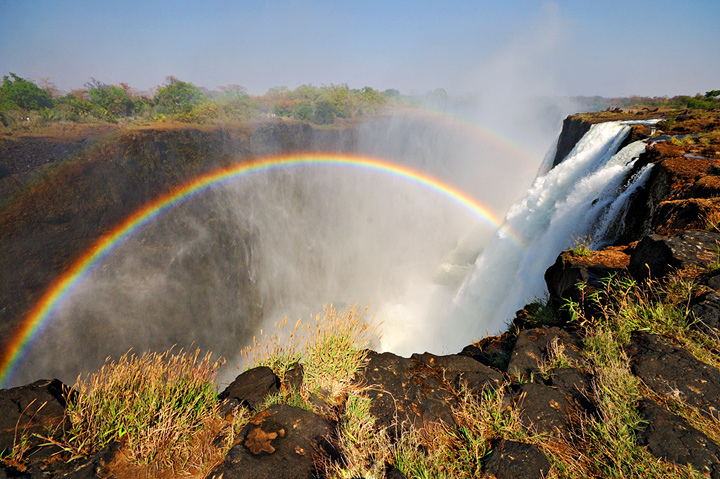 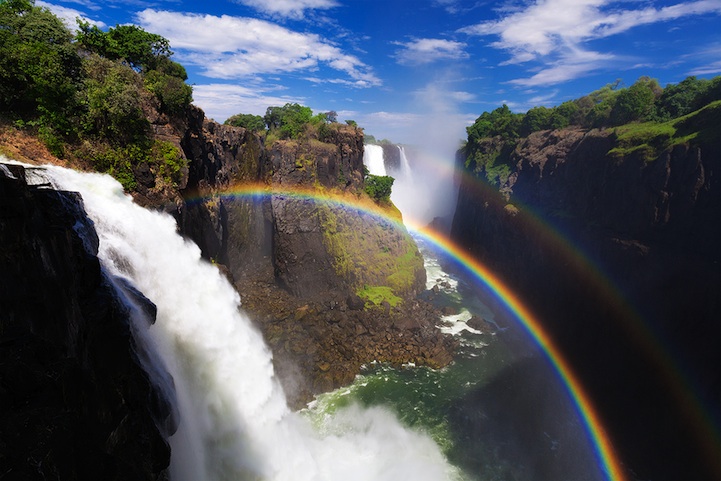 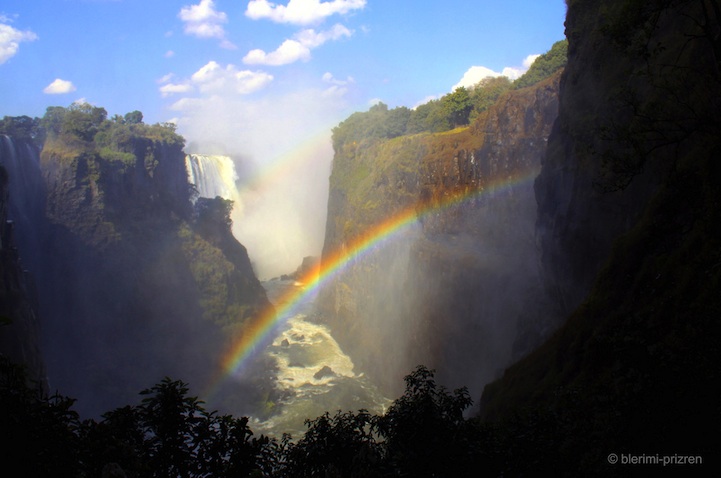 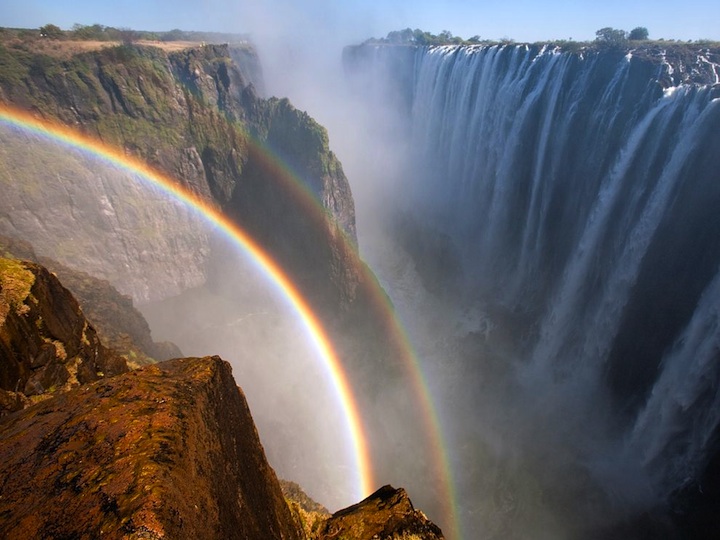 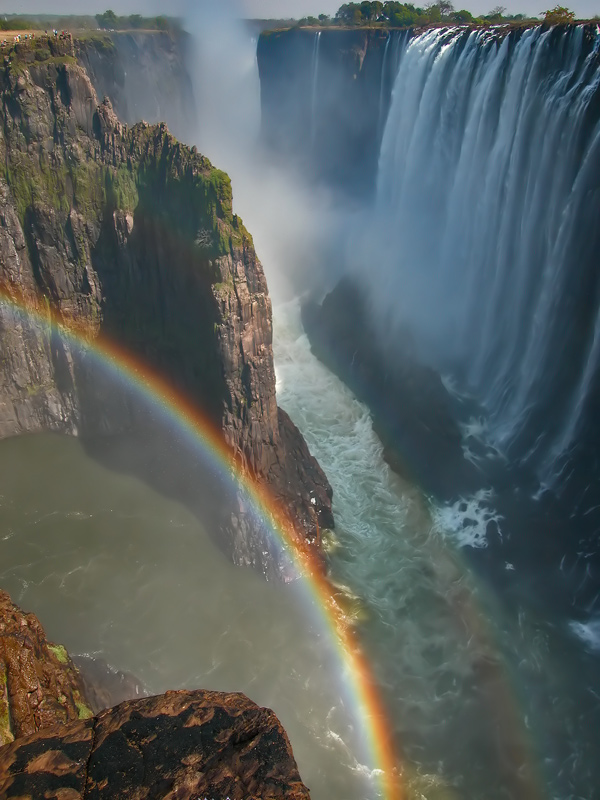 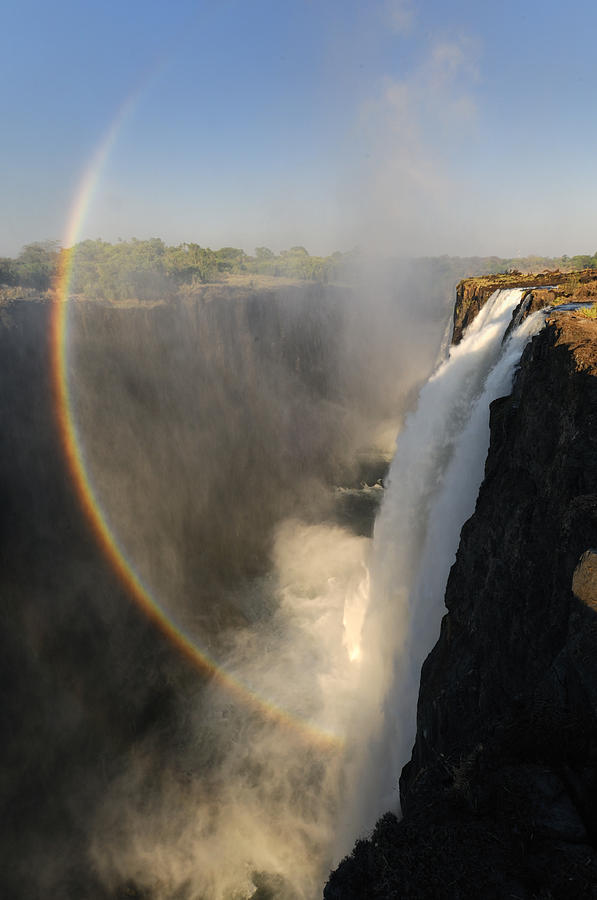 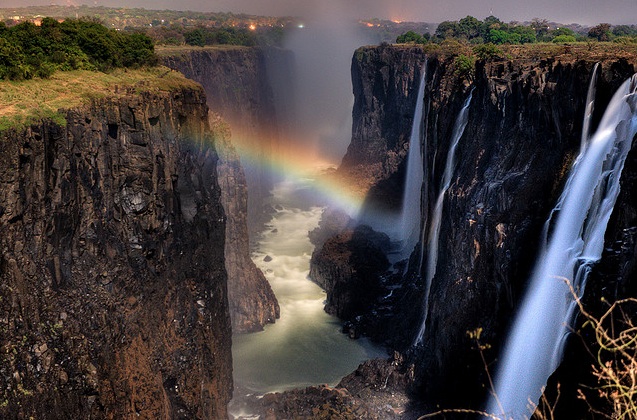 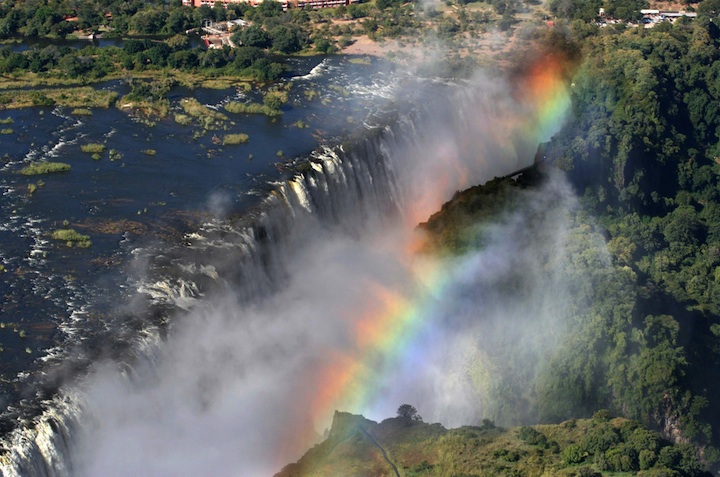 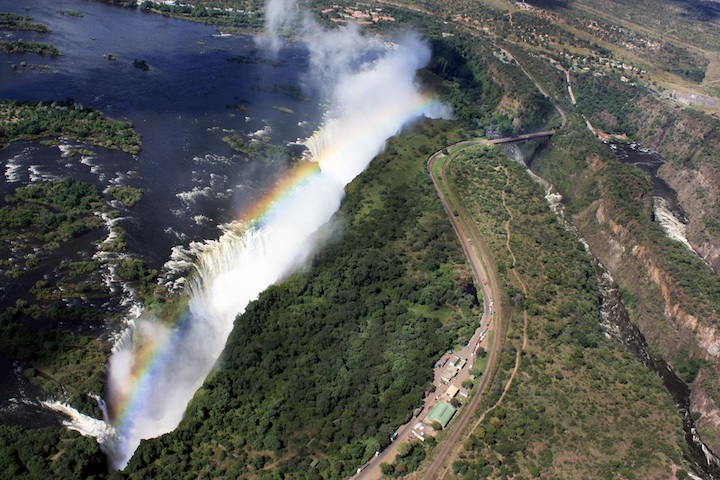 For those a little daring, travel during the dry season (or the months of September to December) when the river's flow is at a safe enough level that you can swim right to the waterfall's edge. As Wikitravel states, “You will have the opportunity to stand in shallow water, 2 inches (literally) from where the water gushes over the edge of the falls, and swim in Devil's Pool, a reasonable current-free pool a couple of feet from the top of the falls, close enough to lean over the edge. This makes fantastic photo opportunities with a permanent rainbow from the mist of the falls behind you”. (Or, if you're extremely adventurous, you could be like these daredevil kayakers.)