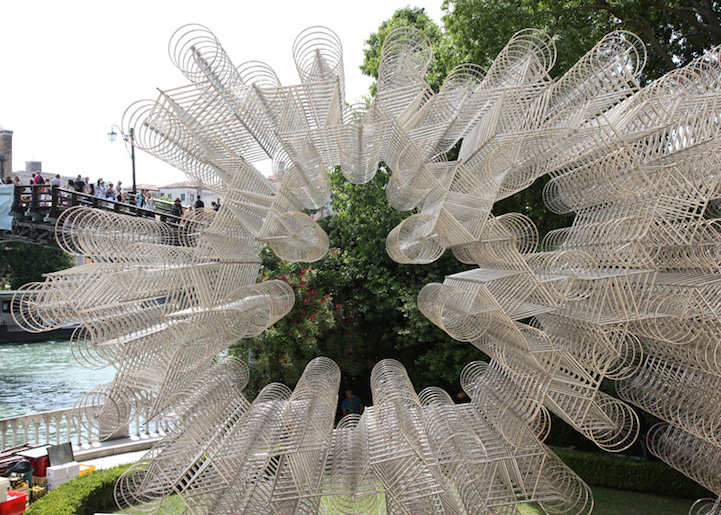 World-renowned Chinese artist Ai Weiwei recently unveiled a new version of his famous Forever Bicycles installation at the 14th Biennale of Architecture in Venice. On display until November 23 in the riverside courtyard at the Palazzo Cavalli-Franchetti as a part of the Lisson Gallery's Genius Loci–Spirit of Place exhibition, the installation consists of 1,179 steel bicycle stacked and connected together to form modular layers of geometric shapes. One of Ai's most recognizable pieces, Forever Bicycles has been presented all over the world, from Taipei to Toronto.

The installation is impressive in both scale and dimension, with the geometric shape changing form depending on the angle at which you view it. The steel bicycles, which Ai often uses to comment on the rapid pace of social change in China, contrast sharply with the classical beauty of the 16th-century palace, juxtaposing the past and the present. The name of the piece refers to the Forever brand that has been mass-manufacturing bicycles in Shanghai since 1940, thus serving as commentary on the western notion of mass production derived from Chinese manufacturing.

To get an idea of how the piece was assembled, be sure to check out the video at the end of the post! 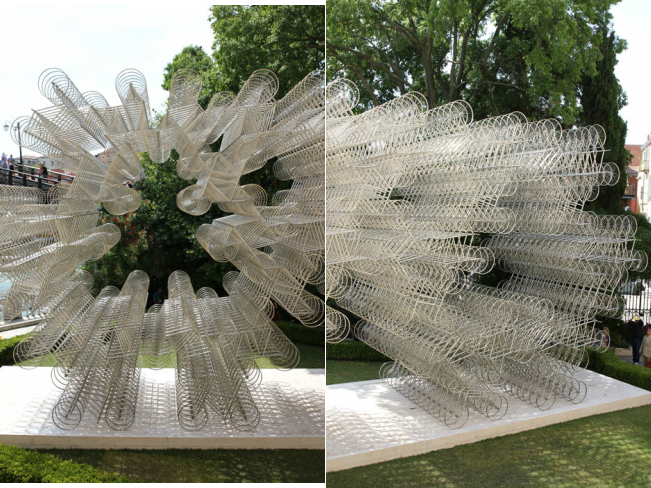 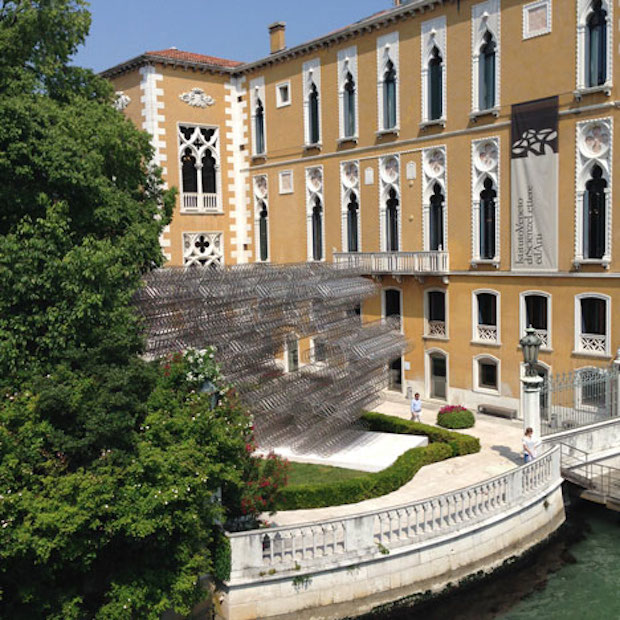 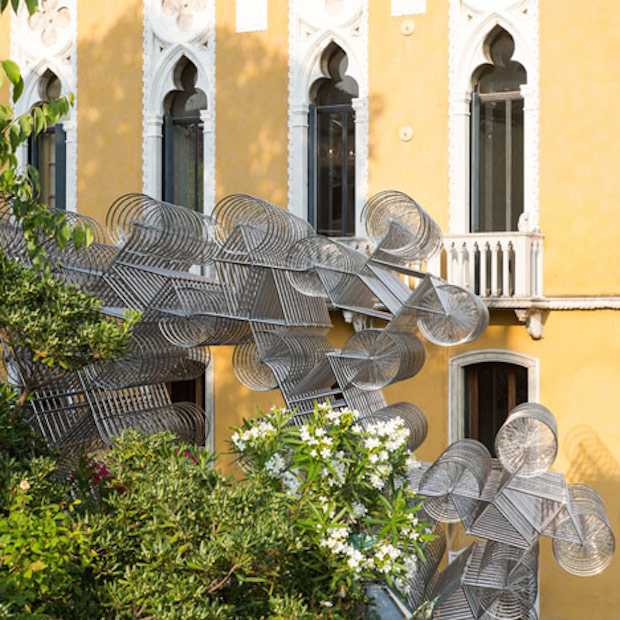 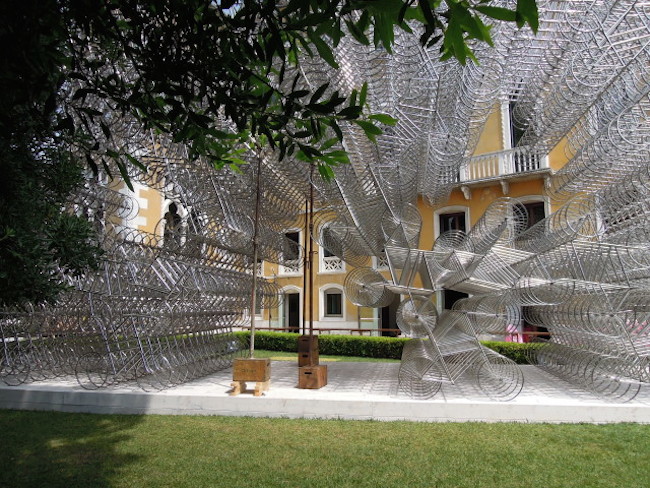