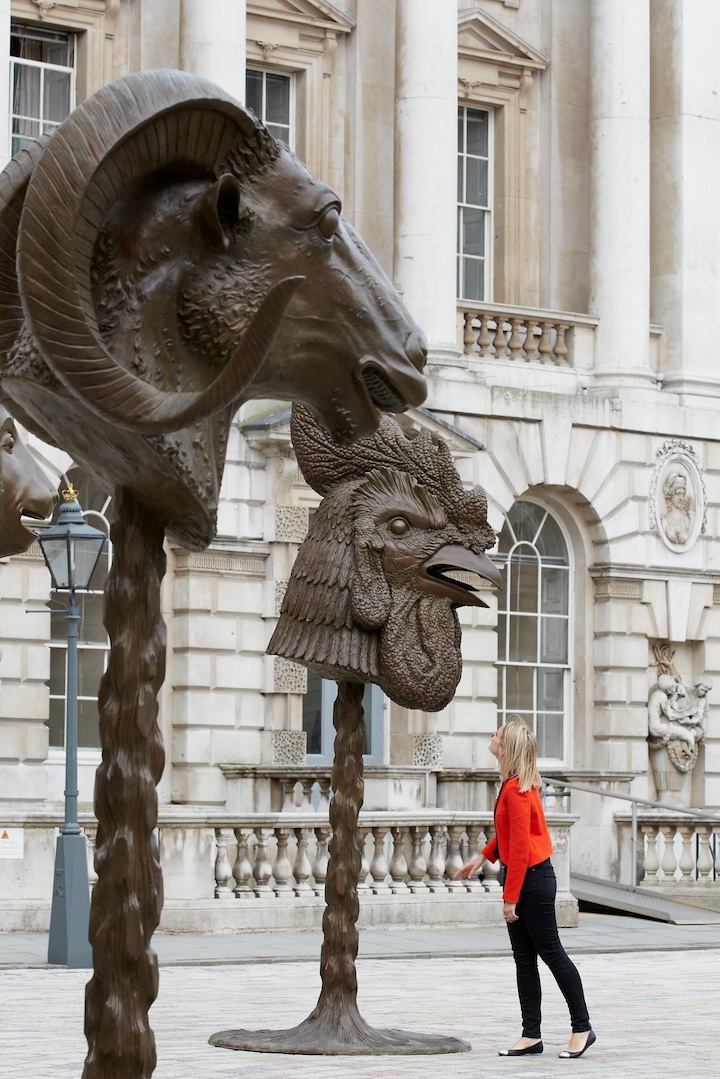 Now on display at London's Somerset House are Ai Weiwei's 12 huge bronze animal head sculptures called Circle of Animals/Zodiac Heads. It is the first ever contemporary art sculpture to go on display at Somerset's historic courtyard as well a the first major outdoor public sculpture installation by the artist in London.

The heads are re-creations of the traditional Chinese zodiac sculptures which once adorned the fountain of Yuanming Yuan, an imperial retreat in Beijing. In 1860, the resort was ransacked by French and British troops and the heads were taken. Seven have since been recovered. The heads each are about 4ft high and weigh around 800lbs!

On May 2nd this installation also opened in New York at the Pulitzer Fountain in Central Park and will be on display there until July 15th. It will then travel to Los Angeles, Houston, Pittsburgh and Washington, D.C.

As many of you already know, Ai Weiwei has been detained by the authorities in his home country for over a month. Sadly, there has been no sign of the artist since his arrest. A respectful opening ceremony took place this week at Somerset House which included readings of his sayings was led by Gwyn Miles the director of the Somerset House Trust she stated that, “Along with many people around the world, we are hoping for his quick and safe release and that he should be allowed to continue his powerful work as an artist, able to speak freely without constraint.”

“We believe the best support we can give Ai Weiwei is to show his stunning new work and to demonstrate the power of his vision.”

Lisson Gallery is now exhibiting a selection of the artist's works from the past 10 years which you can preview over at Guardian.
Going on till July 16th, the exhibit includes surveillance cameras made of marble and a bent coffin with benches made from wood taken from dismantled temples of the Qing dynasty. 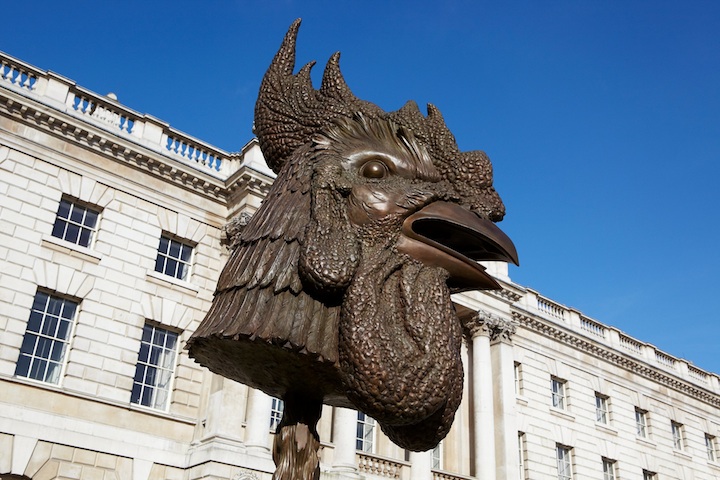 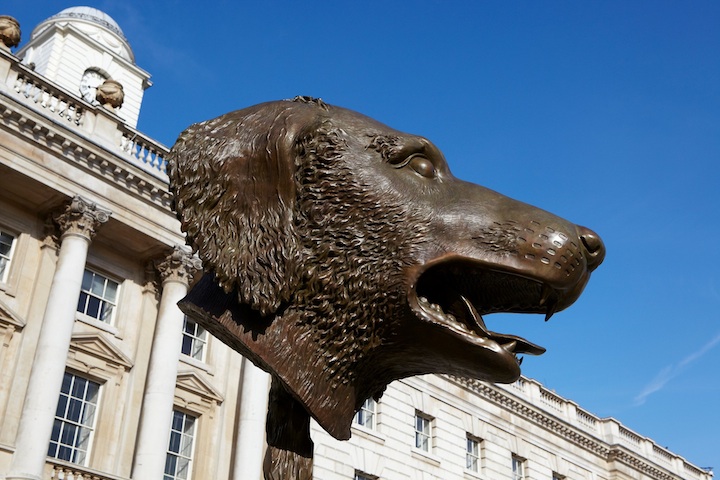 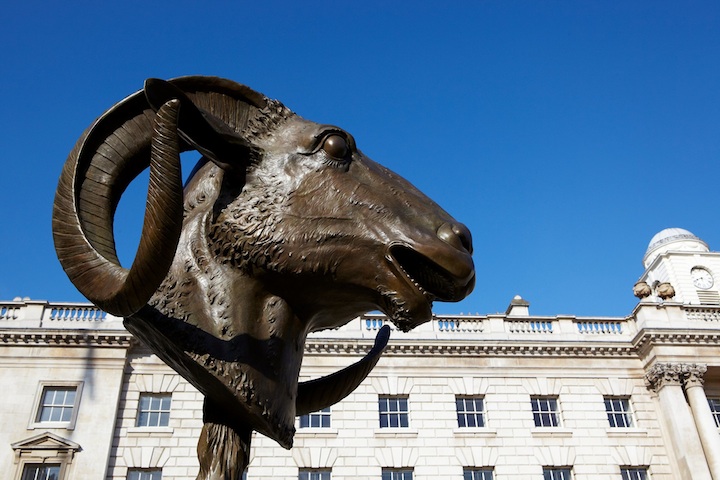 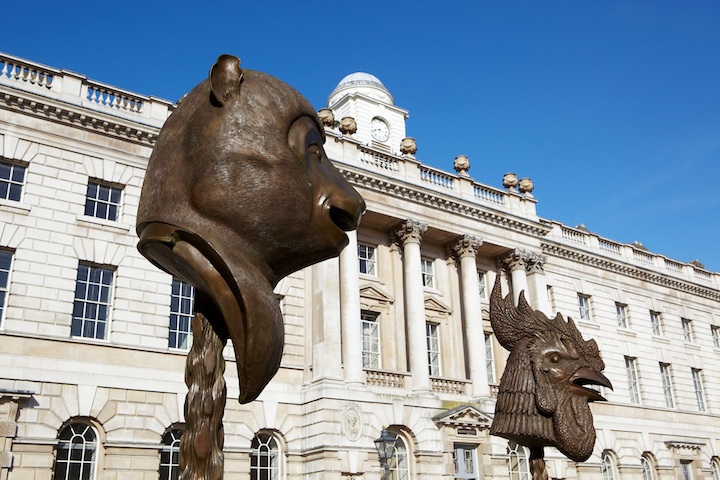 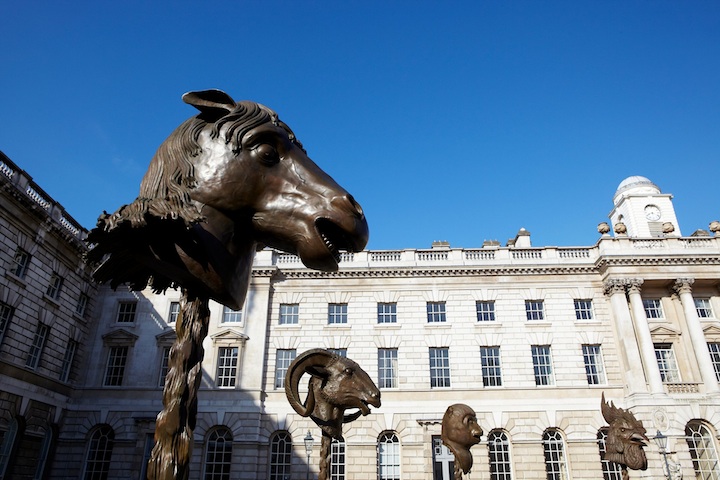 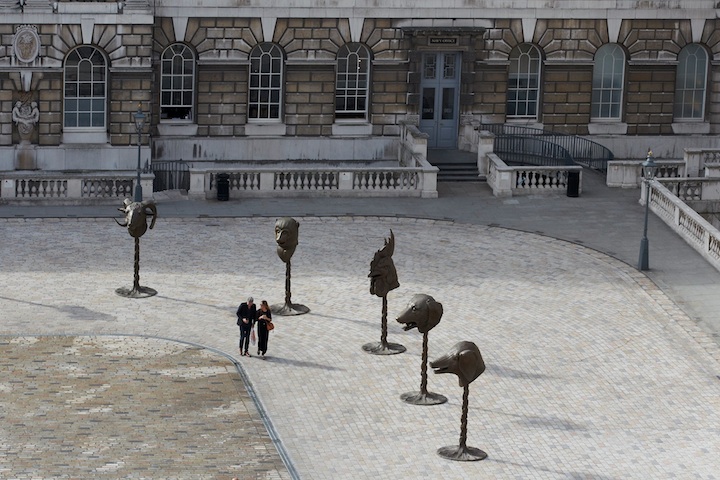 The sculptures will be at Somerset House from now till June 26th.