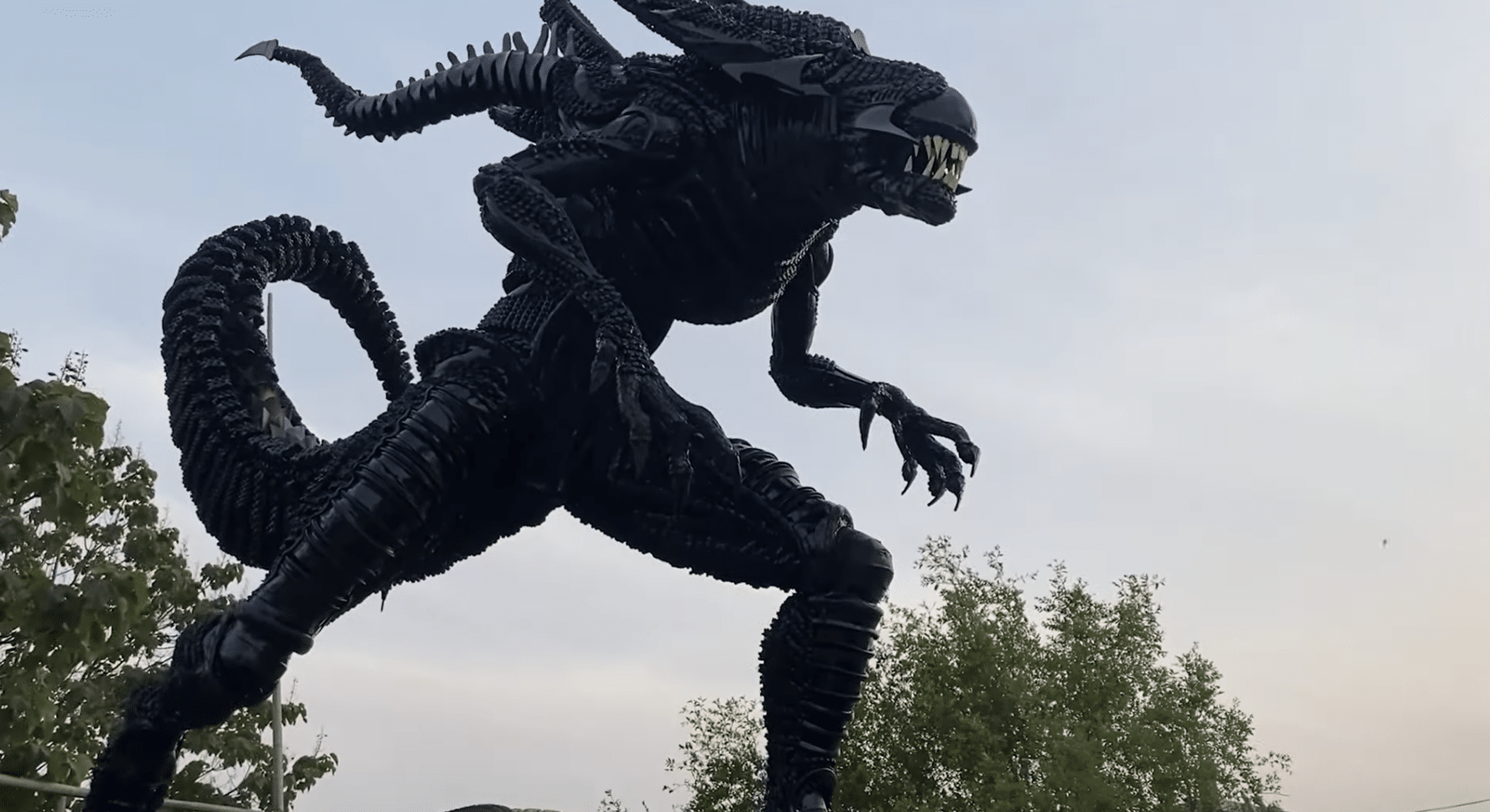 For those that don’t know the Xenomorph, it’s a villainous extraterrestrial species that appears in the Alien film franchise. The gruesome species also reappeared in James Cameron’s 1986 Aliens film, and is still one of the most iconic sci-fi monsters of all time. To commemorate the 30th anniversary of the movie, California-based designer toy studio Sideshow Collectibles created an “Alien King” maquette. While the original model stands a little over 20 inches tall, craftsman Cao Shennge recently created his own life-sized version from discarded tires.

In a video shared on YouTube, upcycling artist Shennge reveals how he made a miniature replica from clay and then got to work building the life-sized monster from bicycle inner tubes and over 200 recycled tires. The incredible sculpture took 20 days to complete and features an impressive amount of detail. “Unlike ordinary aliens, Alien King has more tentacles,” says Shennge. “He has a lot of gully and scales on his body.” The artist adds, “It is necessary to cut the tires into very thin strips to simulate the texture of his skin, which is very difficult to make. But I feel quite satisfied with the presentation of the finished product.”

Shennge says his artistic goal is “to bring new life to those disused tires,” and he certainly achieves this with his Alien-inspired piece. Standing in the Shennge’s junkyard, it looks as though it could come to life at any second and start rampaging through his studio!