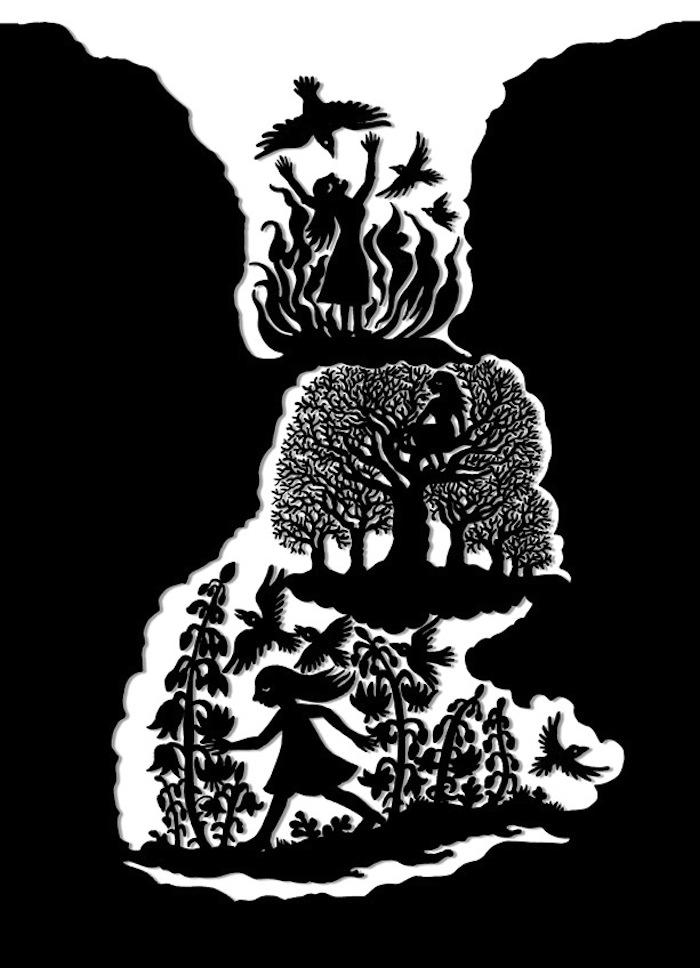 The Original Folk and Fairy Tales of the Brothers Grimm was recently translated by professor Jack Zipes and released as a book featuring the exquisite illustrations of Romanian-born visual artist Andrea Dezs. In much of her work, Dezs uses black and white paper that is delicately cut and layered together into visually compelling narratives. For this project, she produced ink drawings that mimic this signature paper art style and that convey the scenes from the Grimm's tales.

It took the artist three months to produce twenty illustrations as well as the cover. Every monochromatic, meticulously detailed scene relies on positive and negative space, as well as forms, shapes, and shadows, to eloquently portray the gruesome stories through the imaginative designs.

“I chose tales to illustrate that gave me immediate, strong, clear mental images as I read them,” Dezs says in an interview with Brain Pickings. “The scenes to be illustrated popped into my mind, often fully formed–like the whale rearing from the water with a man sitting in a tiny boat in front of it. I love tales that feature the devil or other nonhuman creatures, so that influenced my choices, too.” 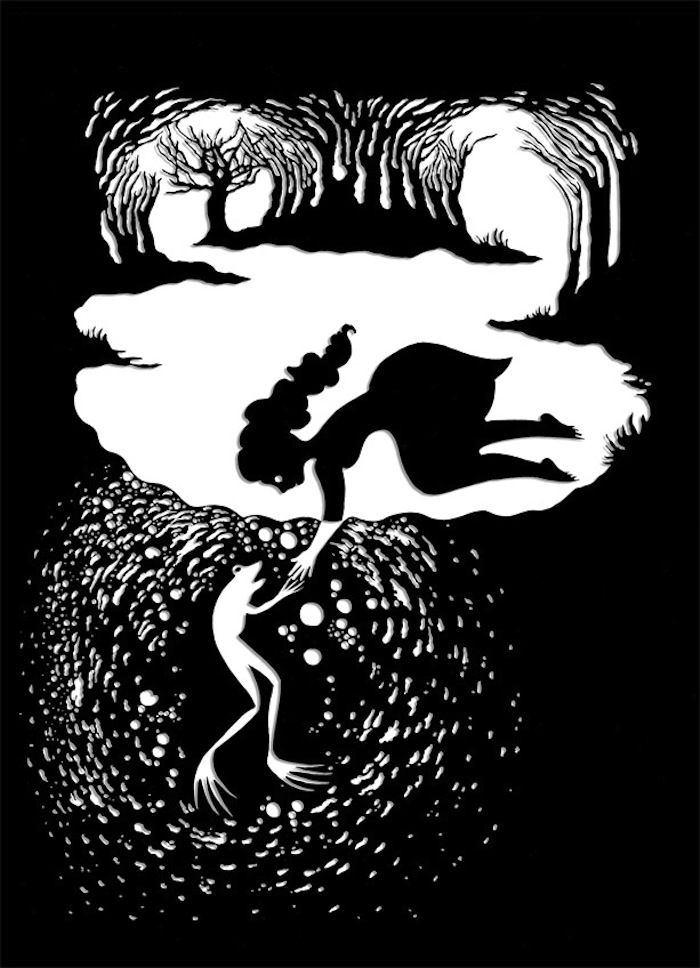 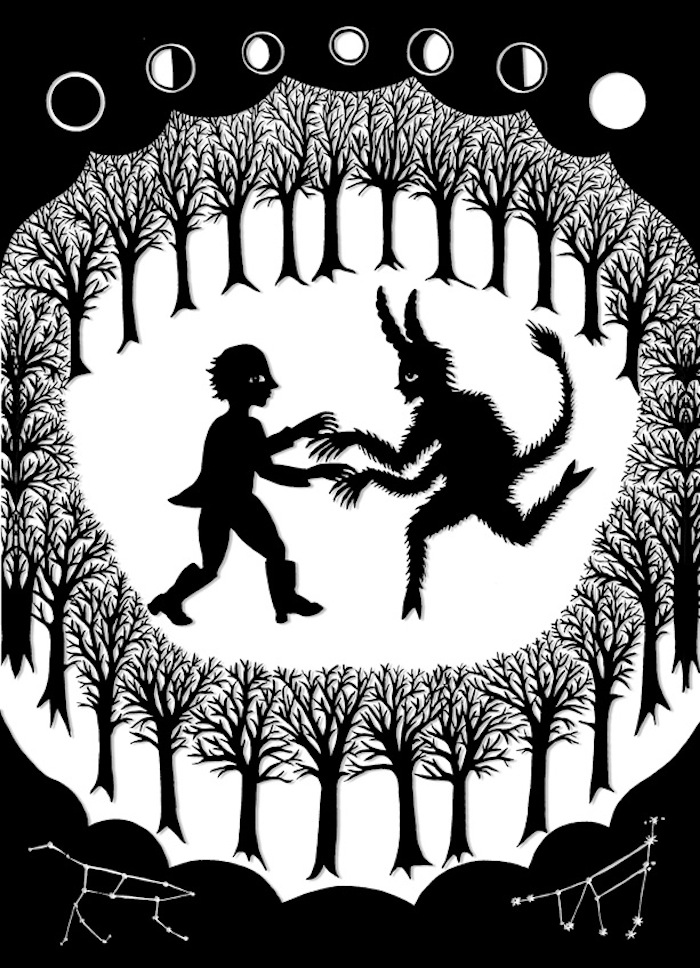 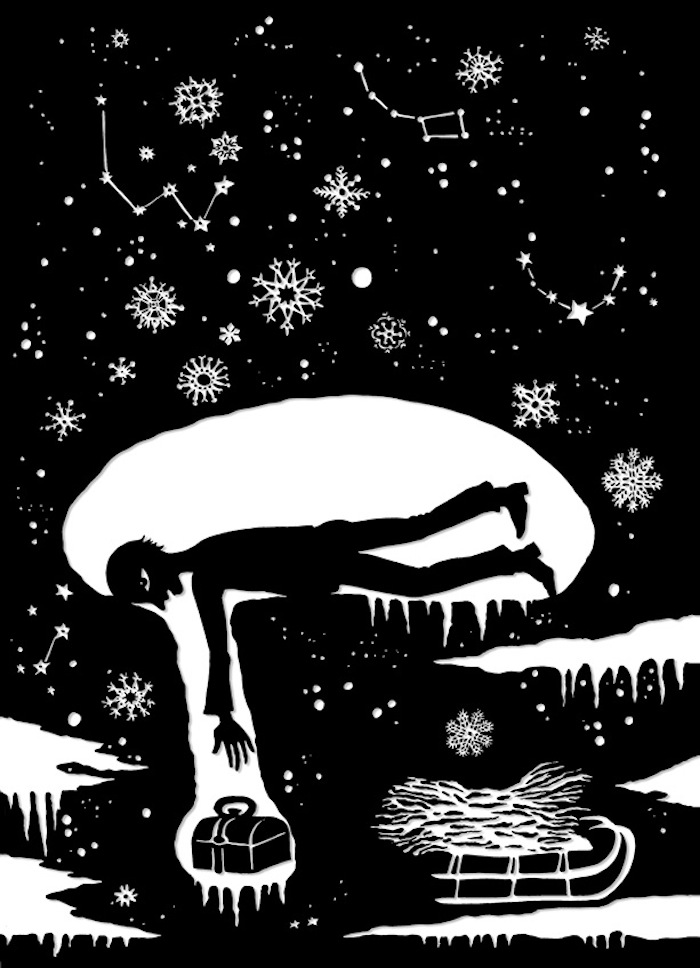