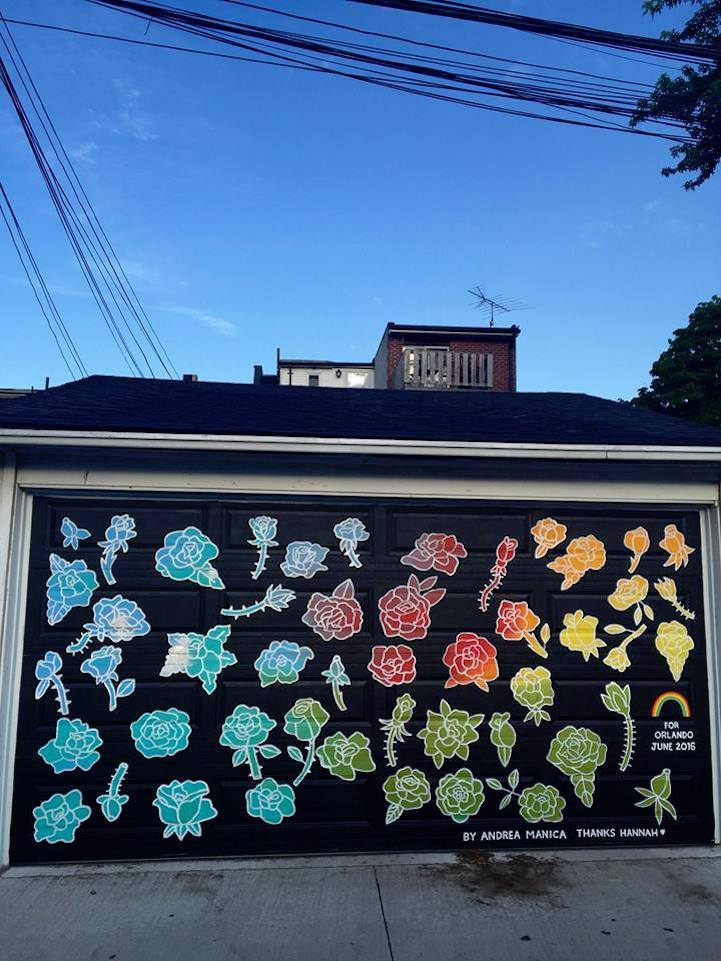 In the wake of the Orlando shooting, people all around the world are standing in solidarity with the LGBTQ community to say, “we support you.” Toronto artist Andrea Manica has done so through artwork—she recently transformed a graffitied garage door into a touching tribute to the 49 victims killed on June 12, 2016.

It all started when Victoria Barrington posted a request for an artist to paint her garage door. Through the online trading site Bunz, she explained that her property had been tagged and she wanted the spray-painted letters covered. “I actually don’t mind if you want to paint my garage door. It really doesn’t bother me,” Barrington told BuzzFeed Canada. “But paint it with something that everyone can enjoy.” After connecting with several potential artists, she ultimately selected Manica for the task.

The two women were still discussing possible designs when the Orlando tragedy occurred. Not long after, Manica began painting Barrington’s door and decided to pay respect in her own way. The final result is a rainbow array of roses—one for each victim—that signifies the loss to the LGBTQ community.

The painting has been shared and appreciated by people both near and far. “I’ve been overwhelmed by the amount of responses we’ve gotten from LGBTQ people, just so happy that there’s something more permanent here to honor the victims,” Barrington says. “But it’s also celebrating love and celebrating them in a beautiful way.”

Here's what the garage started out looking like, after it was tagged: 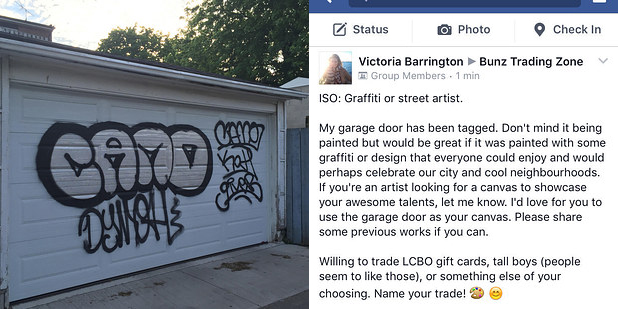 And here's the creation of the new mural breathing new life into the haphazardly graffitied entrance: 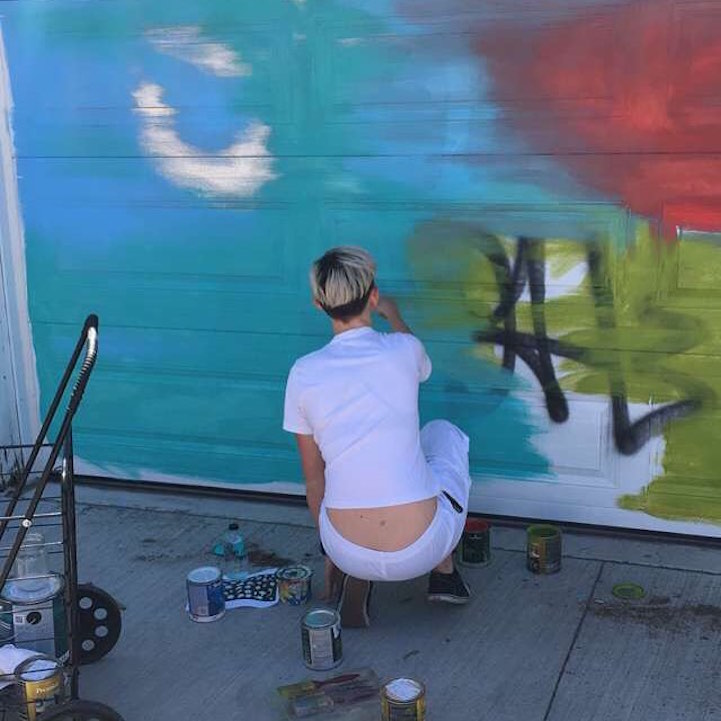 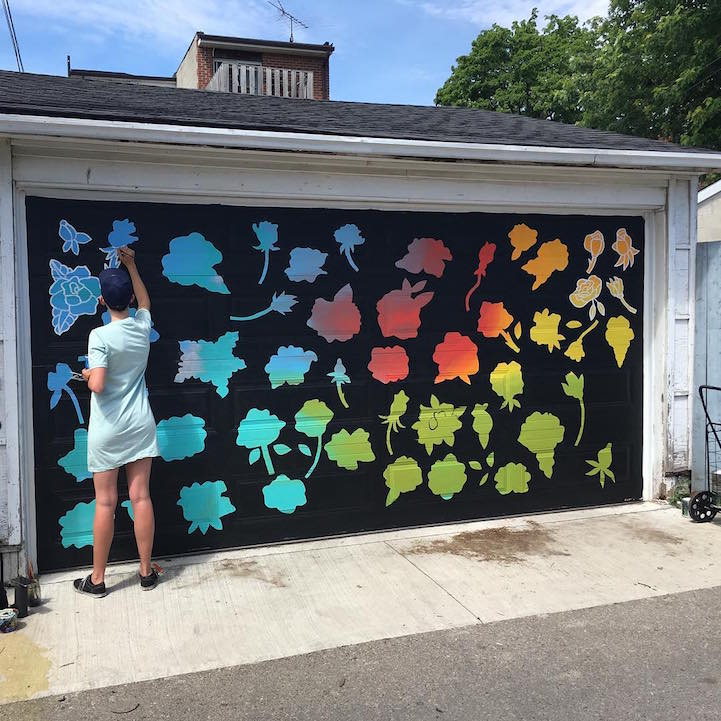 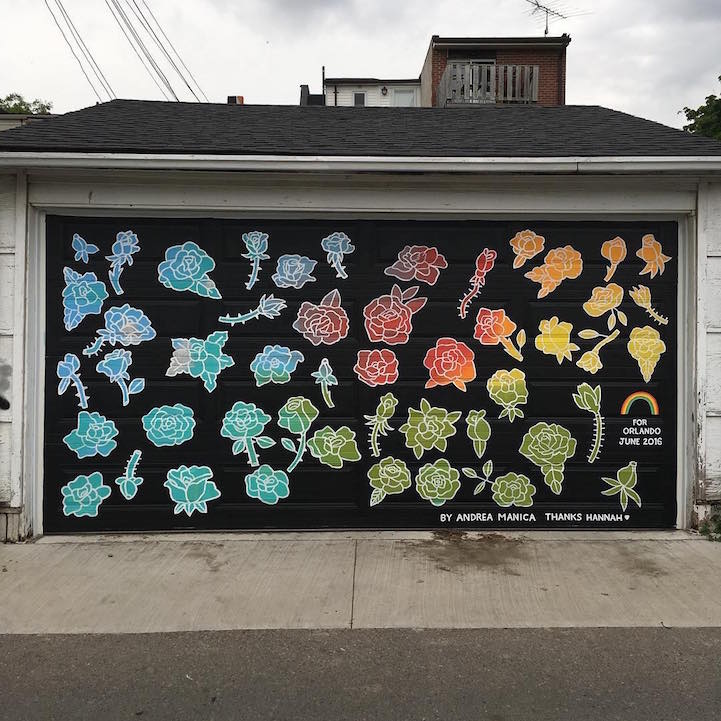 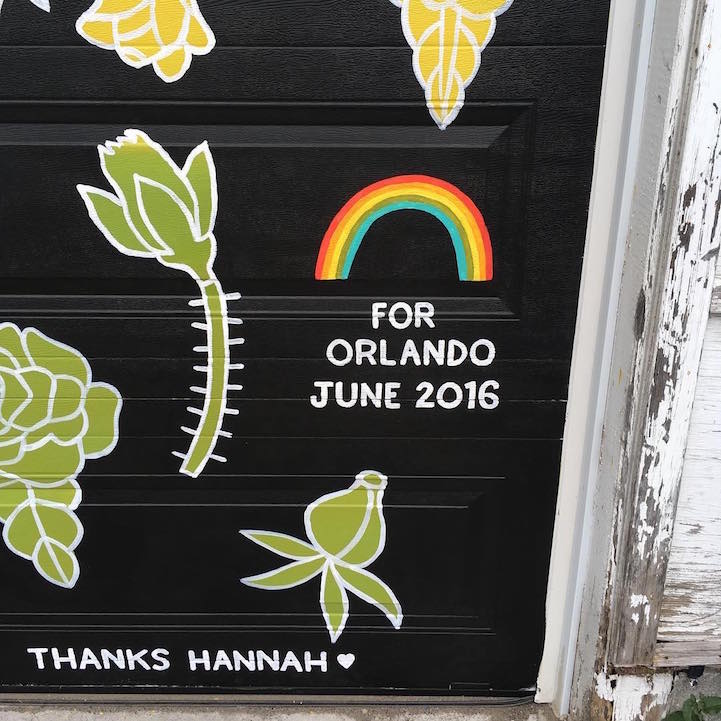 All images via Andrea Manica unless otherwise noted.