Astrophotographer Andrew McCarthy spent a month chasing the Moon in order to create a gif that shows the beauty of its movement. Using over 2 million individual photos, he put together a spectacular look at how it “dances in the sky.” This dance is called libration and it's the result of the Moon's slightly tilted axis and elliptical orbit around Earth.

Inspired by the fact that he'd never seen a high-resolution gif of the lunar libration and rotation at zenith, McCarthy set out to create his own. This required him to photograph the Moon as it transited zenith every 25 hours for 26 days. Based on the weather forecast, he found himself traveling around Arizona to get the best view of the Moon. But, as we know, weather can be unpredictable. “One night had clear skies forecasted, and I ended up getting rained on. Another I was shooting through a dust storm,” he tells My Modern Met.

And the challenges didn't stop there. “Postprocessing was a challenge because conditions varied from day to day,” McCarthy admits, “so I had to match sharpness, contrast, and noise levels from day to day, despite each image having vastly different quality.” Still, McCarthy persevered and put together this unique look at the Moon. It's his biggest project of the year thus far, and one that he hopes will instill in others the passion for the Moon that he himself has.

“I thought the motion would tell a really nice story of the Moon's dynamic presence around Earth. I'm very passionate about spreading my love for the Moon, as I believe humanity establishing a man's presence there would get more public support if everyone loved it as much as I do.”

In addition to the gif, McCarthy has also let us in on the process of creating the imagery through a behind-the-scenes video published on his Instagram and TikTok. He also took advantage of the vast quantity of photographic material he shot and is selling a limited edition print showing every frame of the lunation.

Astrophotographer Andrew McCarthy gives us a look at how he created a gif of the Moon's libration.

He also produced an incredible image with every frame captured during his month following the Moon. 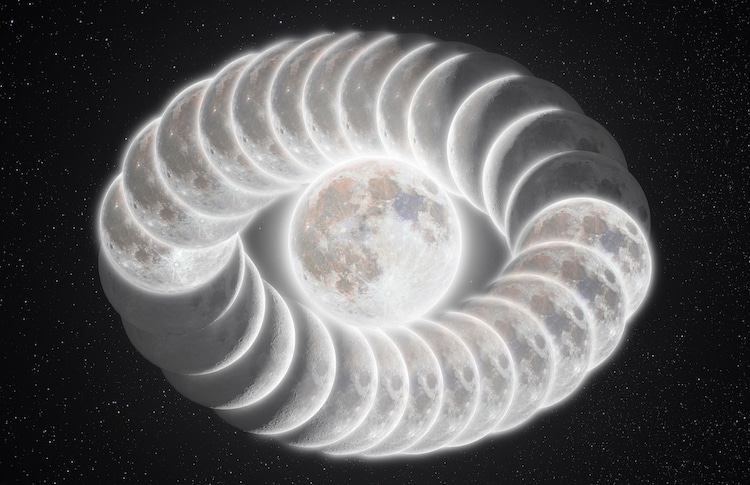