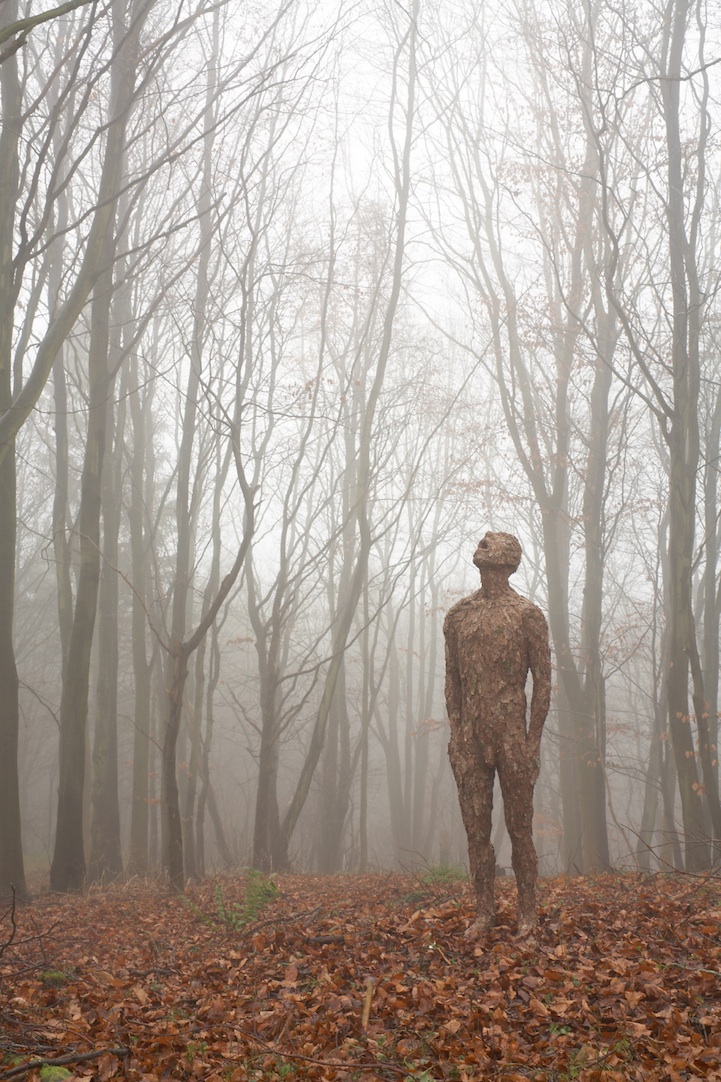 Though she studied philosophy, politics and economics at such prestigious schools as Oxford University and the London School of Economics, Anna Gillespie wasn't meant for a career behind a desk or in a stuffy suit. After graduating, Gillespie traveled the world and worked at non-profits for five years, which eventually convinced her to change the course of her life.

So, in 1992, she decided she would become a full-time sculptor. After being qualified as a stone mason, she went on to study under sculptor and master carver Nigel Knostam. Then, she received her Masters in Fine and Media Arts at Cheltenham.

After graduating, she worked with a wide variety of materials for over a ten year period. It was only after Gillespie created this stunningly surreal-looking sculpture, called Taste the Rain, using bark and mixed media, however, that she discovered a new series she wanted to create. The life-size human figure, looking up to the sky with its eyes closed and its mouth wide open, stands six-and-a-half feet tall.

“Taste the Rain is part of an ongoing series of work using material that has fallen from trees: acorns, beechnut casings, leaves, bark, sycamore keys,” she tells us. “For this piece, I found the bark in a wood near my home in the south west of England, from a fallen tree. All these works try to express a moment of connection to nature and this particular piece is about trying to draw the viewer into recalling what it feels like to stand out in the rain and engage their senses.

“Trees have a skin and so do we. Trees stand up tall and so do we. Trees stand in the rain. This piece asks us to reconnect with this experience which we all share, narrowing the gap between the trees experience and our human experience of nature. This piece is also a celebration of scale, I have to look up to this piece and he has to look up to the trees. Even the tallest human can stand amongst trees and feel in awe of their magnificence.”

Gillespie has been working on this series of environmental works now for the last six years. “It's not a finite process, where you start and finish, any individual piece can be worked on intermittently over months or even years,” she says.

Her background in philosophy and politics has come full circle as she sees her work as “a small contribution to the radical changes we all need to make.”

As she told Somerset Life, “We have to learn to love nature, to acknowledge we are part of it. This calls for a new, co-operative spirit to replace the old, exploitative relationship, which was the corollary of feeling separate from nature. Even speaking of ‘nature' as something distinct from the human race suggests an artificial separation. We are all part of the natural world. Collecting beech nuts and acorns for sculptures, made me realize that every one is the same and yet different…just like us. Nature is so prolific.

“I feel I've got a long way to go personally in drawing closer to nature. Art for me is an approach to that, a way to fuse with where we have come from and what we rely on, what sustains us.” 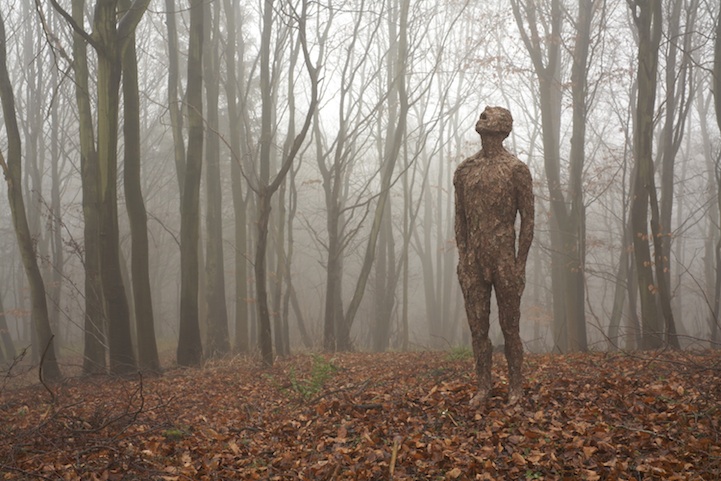 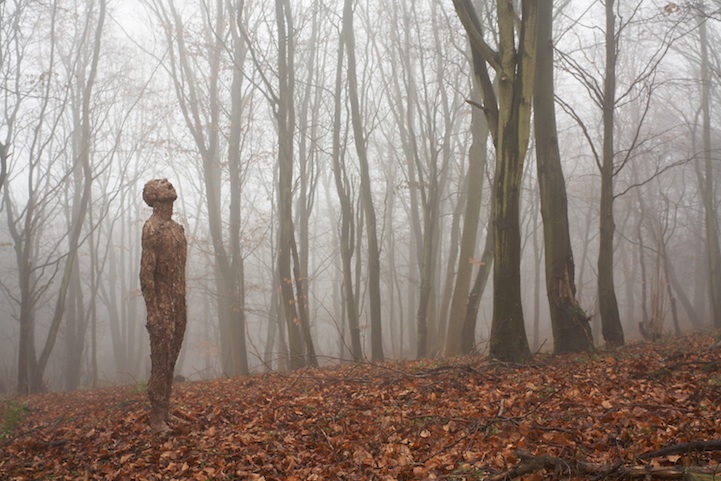 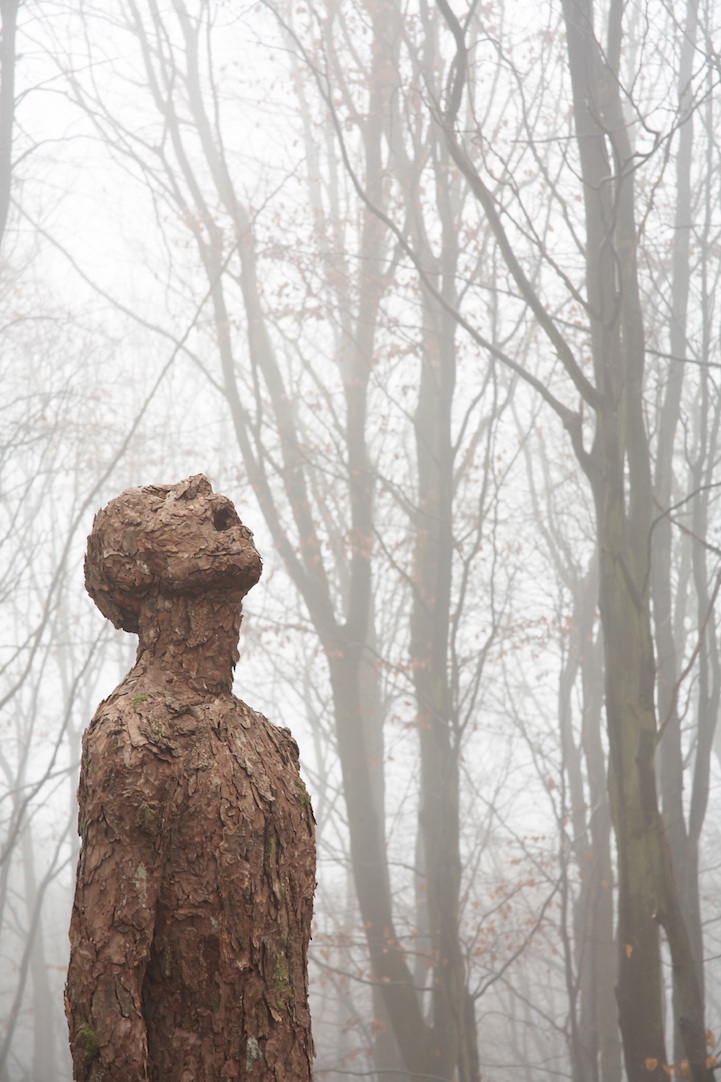 Currently, Taste the Rain is at the Scarlet Hotel in Cornwall, England. Gillespie will next be exhibition at the Beaux Arts Gallery in Bath starting on 13th October and running until 10th November. She will be showing alongside her sister, Sarah Gillespie, who is also an environmental artist.