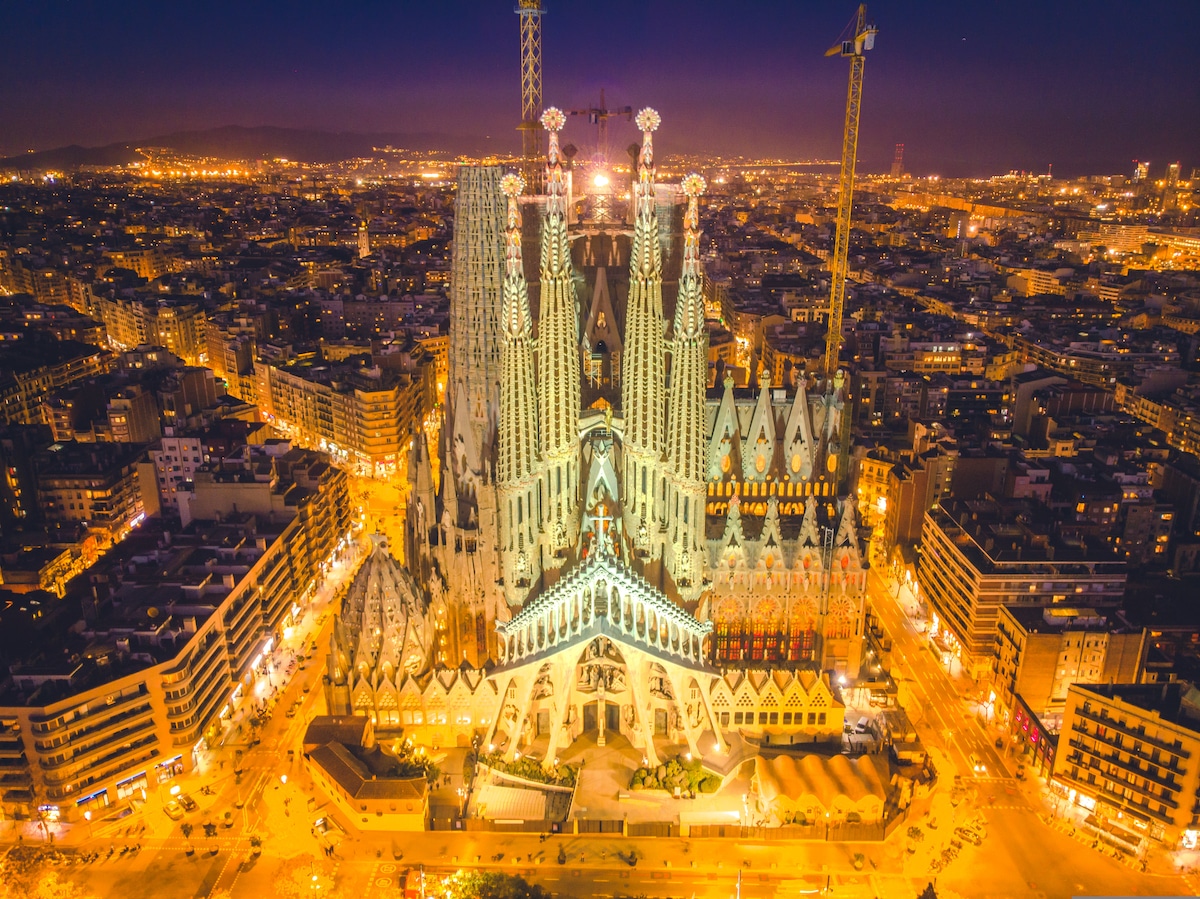 “I do not know if we have awarded this degree to a madman or to a genius; only time will tell.” These were the words spoken by the director of the architecture program at 18-year-old Antoni Gaudí’s graduation ceremony at the University of Barcelona. Looking at the body of work produced throughout his life, we may understand why they were spoken.

From truly radical neo-gothic structures to almost biomorphic art-nouveau buildings, the architecture of Gaudí is anything but ordinary. While his work may have a hint of madness, history has more or less decided that he has proved himself a genius.

A Madman or a Genius

Based on his eccentric aesthetic, one might assume that he had the kind of ego associated with many master architects, but this could not be further from the truth. Gaudí did not pride himself as a pioneer of any architectural style but thought he was only obeying a very simple rule of design much larger than his individual work. As a fiercely devout Catholic, he believed that all architects should design as God would want them to, stating that “those who look for the laws of Nature as a support for their new works collaborate with the creator.” 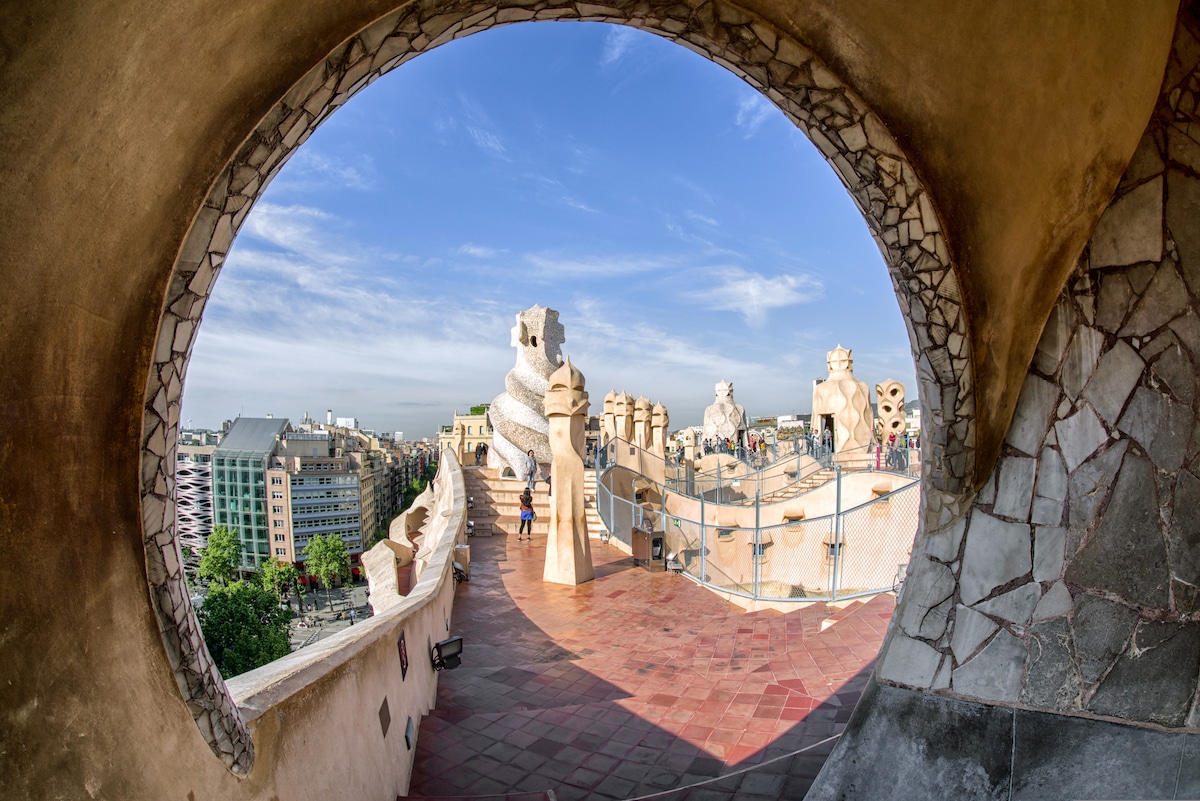 Gaudí has left his mark on Spain (as the sole founder of Catalan Modernism) and the world in more ways than one and has been referred to by many titles. He's been called a genius, a madman, and what would perhaps have been his favorite: “God’s Architect.” To understand his influence, it is necessary to understand all of these names. 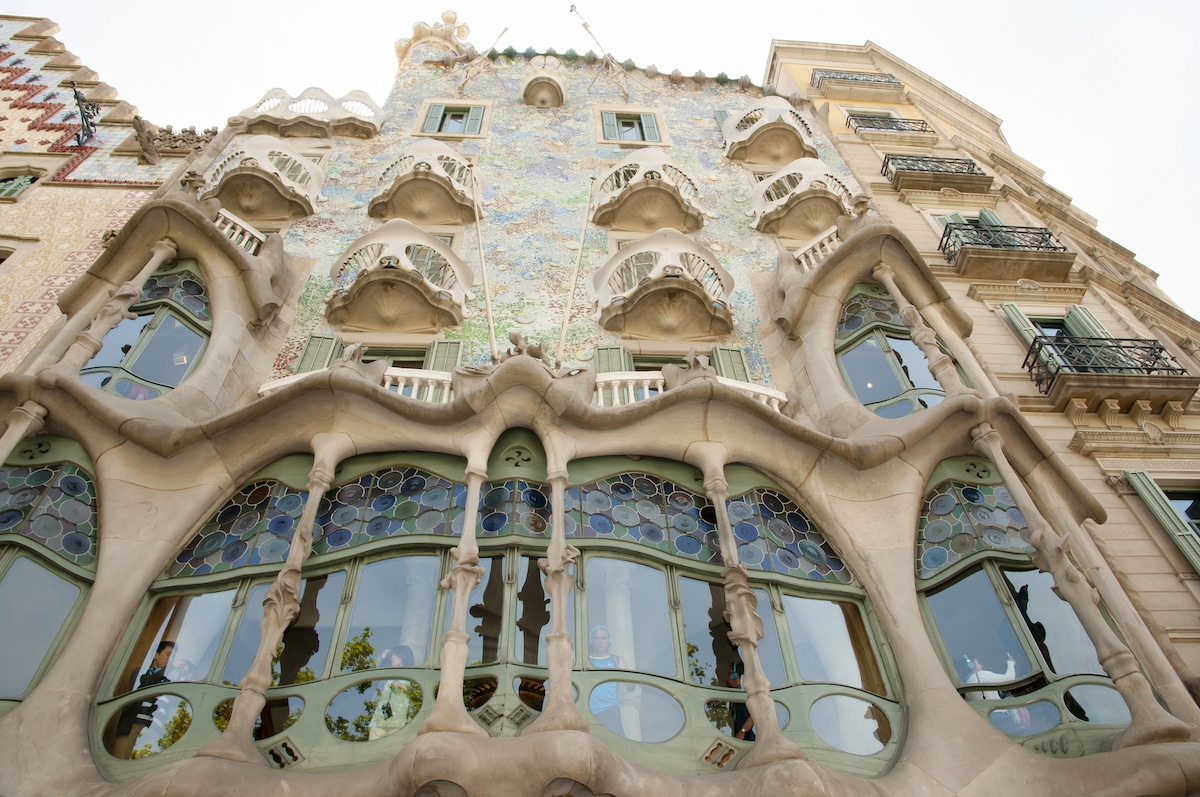 The Father of Catalan Modernism

When people say they love the architecture of Barcelona, they are usually referring to Catalan modernism, or Modernisme which is often referred to as the Spanish Art Nouveau. The style is fitting for the fiercely independent culture of Catalonia, but it became more so when Catalans transformed Modernisme—which was quickly spreading across Europe—into their own distinct style. As the industrialized area began to transform, Catalans used artistic and architectural expression to form a new sense of identity.

Like many architectural movements, it is not contained solely to architecture, but can be found in the paintings, sculpture, glass making, carpentry, ironwork, and even literature of the time. The built characteristics that became specialized to Catalonia and Barcelona included surprising and dynamic forms, dramatic use of ornamentation, motifs derived from nature, and the use of mainly curved lines.

These features are all obvious in buildings designed by Gaudí, who said, “The straight line belongs to men, the curved one to God.” Though his love for nature began as a child and grew through his faith, it was also surely influenced by the proud architectural style that was popular in his home. Gaudí would later hugely contribute to this architectural style, becoming the most well-known designer of works in the Modernisme style. His work only enhanced the style's popularity as his projects gained UNESCO World Heritage status. Some of Gaudí’s Modernisme projects include Casa Vicens, Park Güell, and Casa Batlló. 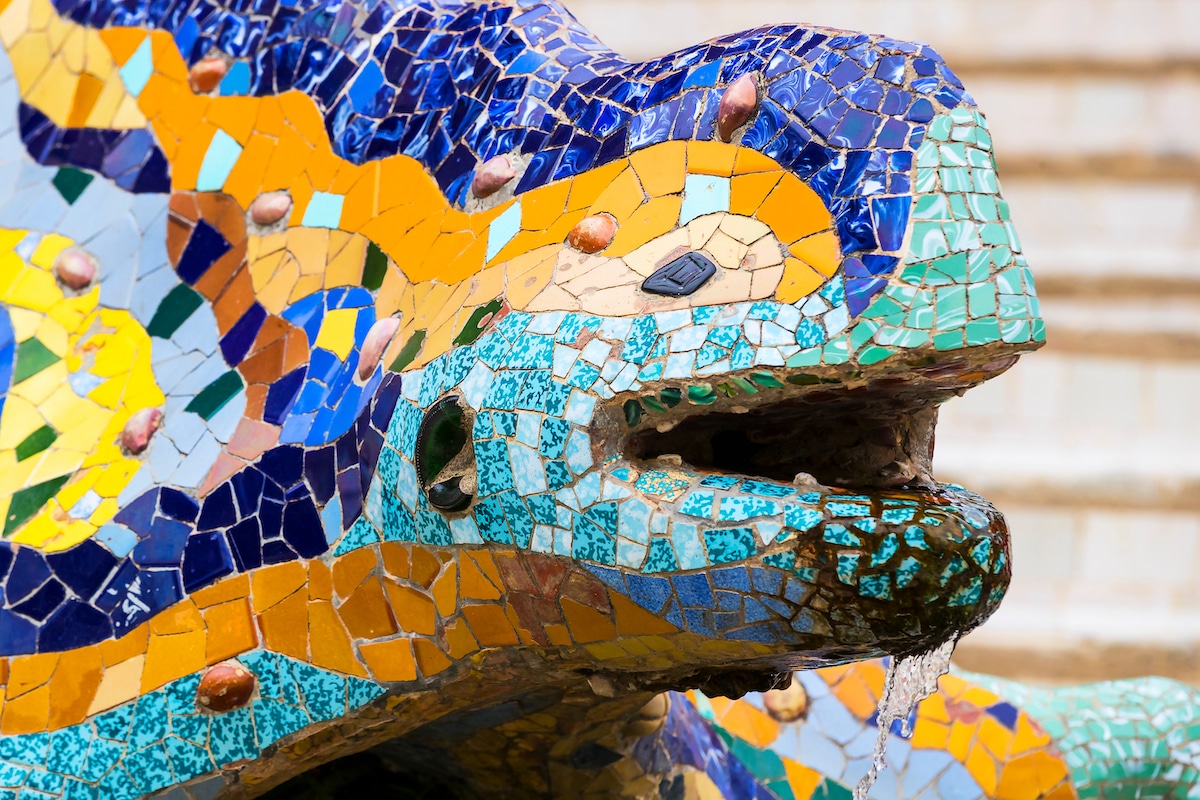 La Sagrada Familia is perhaps Gaudí's most popular and controversial architectural undertaking. The story of his appointment to the project almost sounds like divine intervention. A local myth says that Josep Boccabella, a Catholic philanthropist, dreamt that a red-haired knight with blue eyes would save the Sagrada Familia project he had just started. Bocabella later met Gaudí and recognized him as the knight. He convinced Gaudí to become the architect for a new church that would be dedicated to the Holy Family or “La Sagrada Familia”—Jesus, Mary, and Joseph.

The church was meant to be designed in the neo-gothic design, but Gaudí combined this style with Modernisme, which his work was known for. He believed that this satisfied God as he was designing within laws of creation and stating, “There are no straight lines or sharp corners in nature. Therefore, buildings must have no straight lines or sharp corners.”

Gaudí practiced as an architect throughout the city, designing the other buildings that he is now famous for. But from his appointment to La Sagrada Familia in his early 30s to his death at 73, the church was his most important project and his main mission in life. 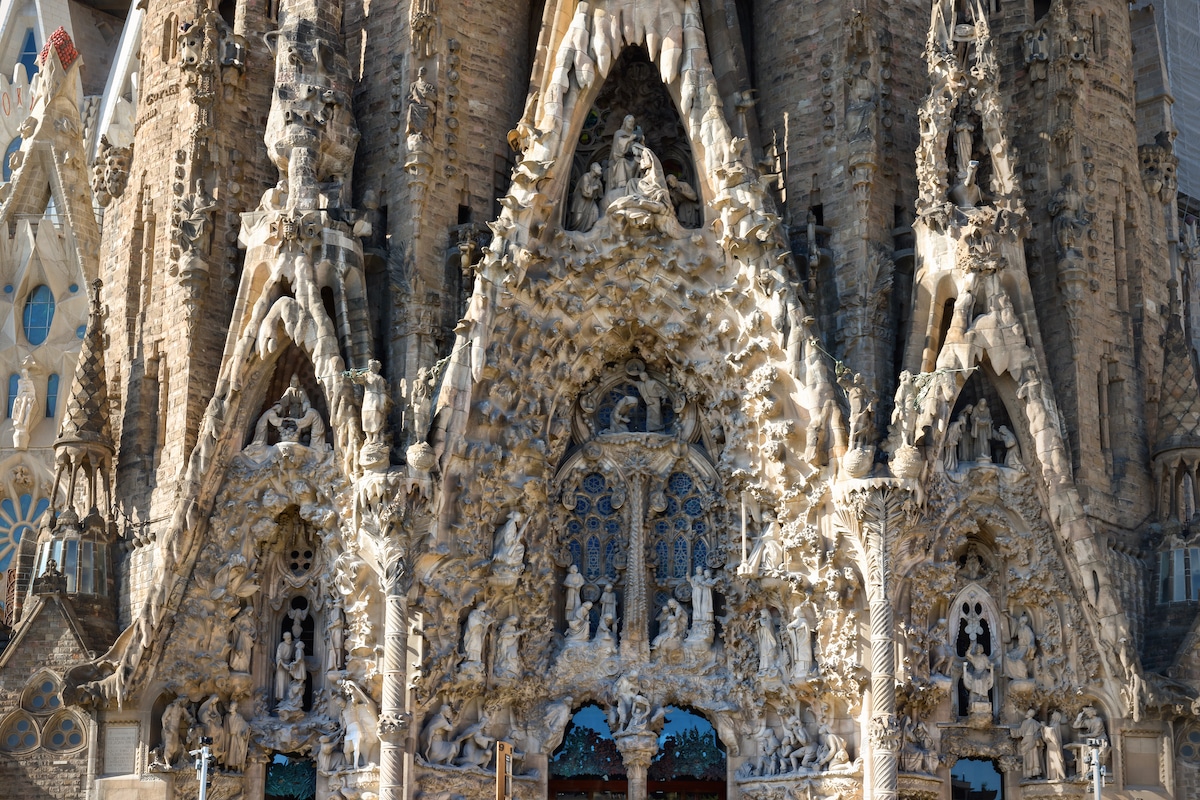 After completing the crypt left behind by the previous architect, he was insistent that the Nativity façade should be built first. It would act as a wall of stories that would teach the gospel to those who could not read. Gaudí designed and built the wall with his apprentices, sculpting meticulous details that would tell the story with meticulous care. He even used multiple live animals—including a carefully selected donkey—to make molds that were later cast in plaster. Gaudí would have to later abandon this technique after almost killing one of his (human) models.

The architect devoted the last of his years to this ambitious project. Unfortunately, after decades of work on La Sagrada Familia, Gaudí was struck by a tram and died three days later. This left the project hugely unfinished with only the crypt where his body would later be buried, one tower, his massive nativity façade, and, of course, countless drawings and models for the project’s eventual completion. 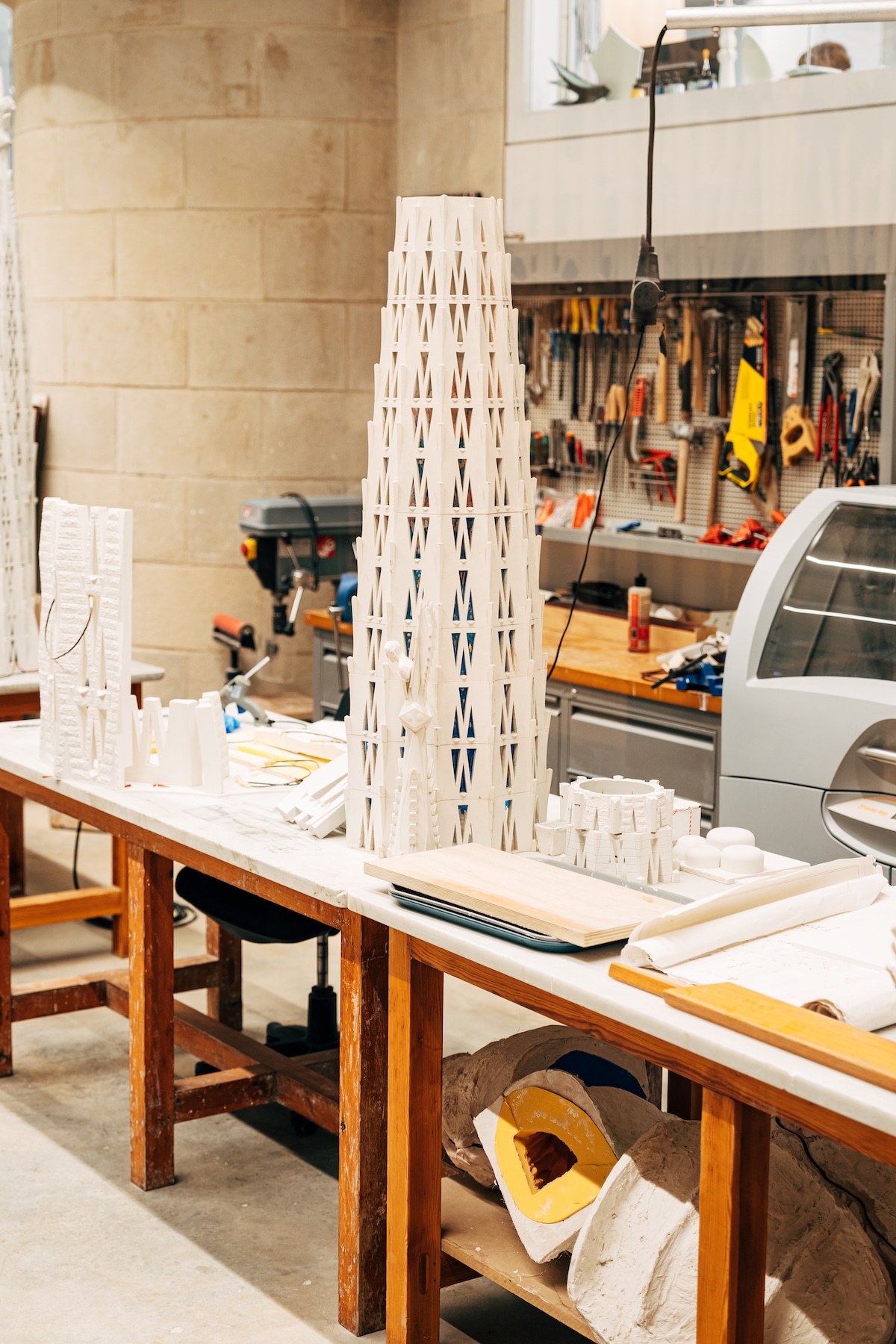 These resources were tragically destroyed or badly damaged by anarchists during the Spanish Civil War (1936–39). Loyal architects and designers kept the remains and slowly rebuilt the intention of La Sagrada Familia, largely by understanding Gaudí’s design process through studying his other famous work. The task continued until computers became advanced enough to digitally reconstruct Gaudí’s masterpiece.

Gaudí may have answered the director’s question and proven himself a genius with a legacy—and a project under construction—that continues long after his death. His story may have a happy ending as La Sagrada Familia is expected to finish construction in 2026 under the leadership of architect Jordi Fauli. Until then, visitors can always visit Gaudí’s incredible work throughout Barcelona and see his pride and joy, built by his own hands, in the nativity scene at La Sagrada Familia. 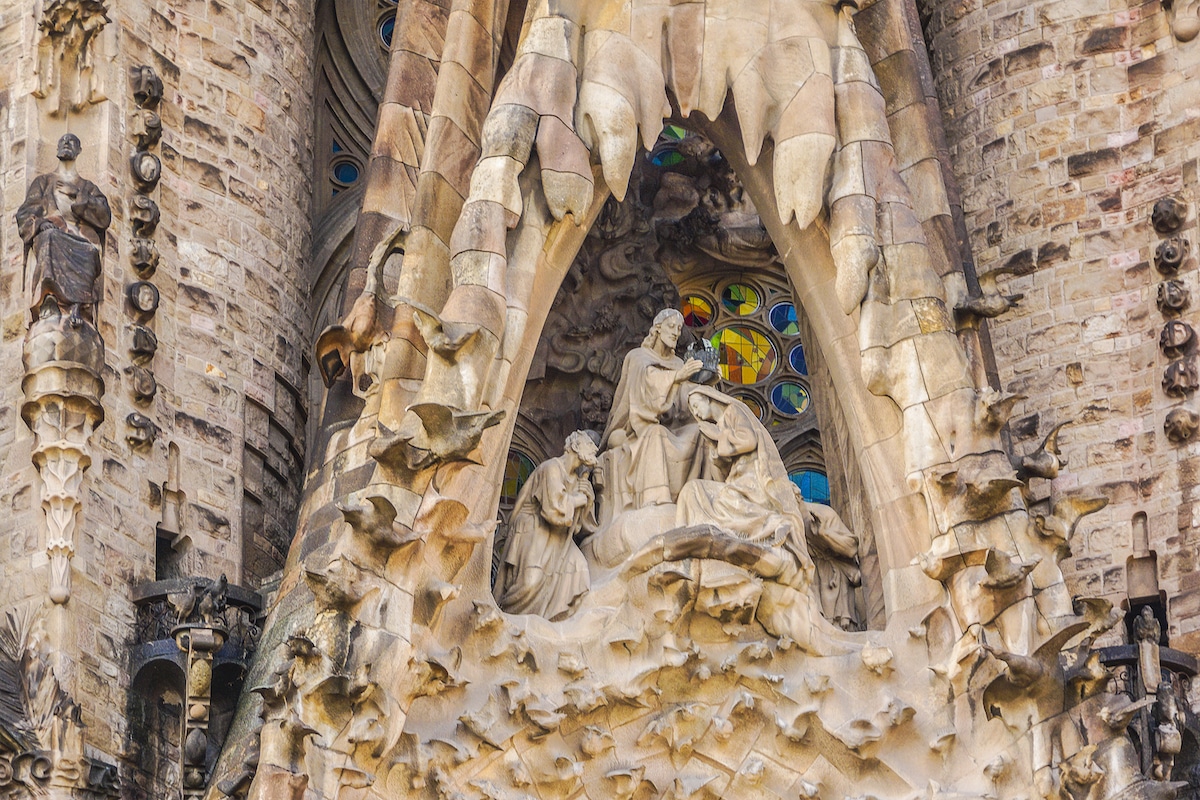 Antoni Gaudí has been called a genius, a madman, the master of Modernisme, and (what would have perhaps been his favorite) “God’s Architect.” 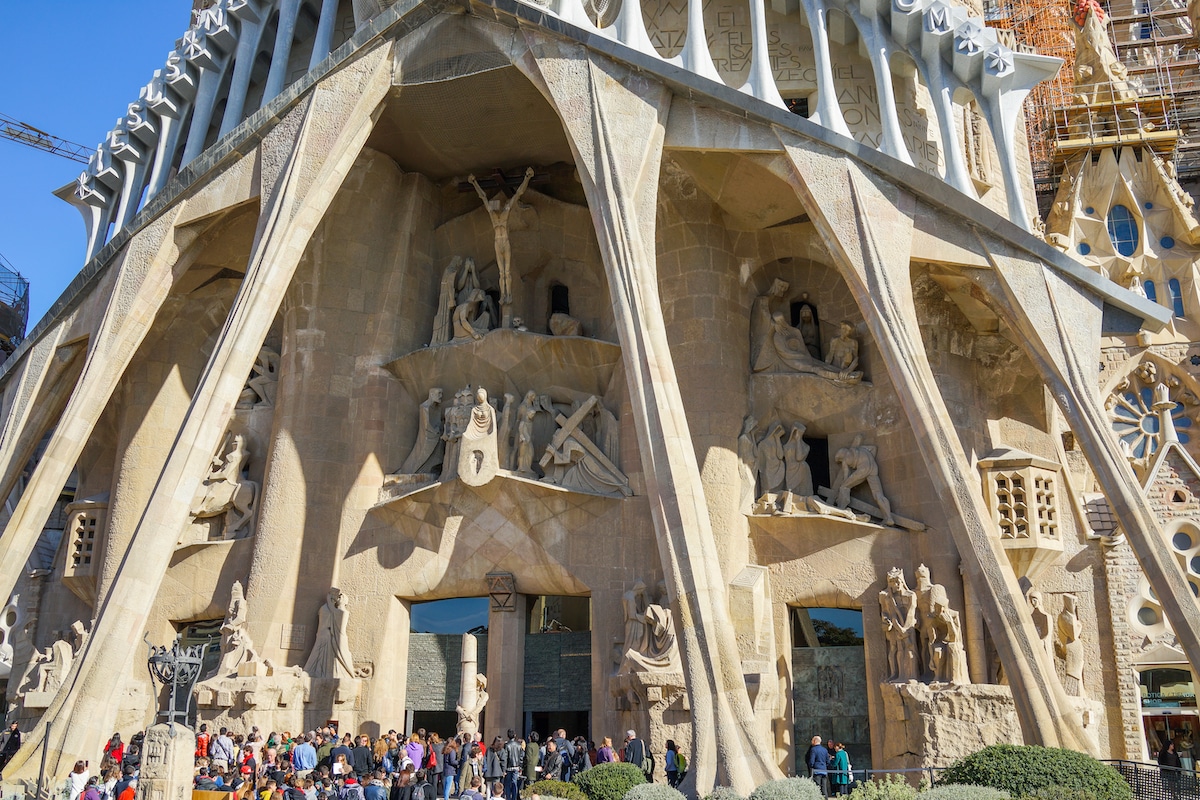 According to legend, Bocabella saw Gaudí in a dream and knew him to be the architect God wanted to design a new church that would be dedicated to the Holy Family or “La Sagrada Familia”—Jesus, Mary, and Joseph. 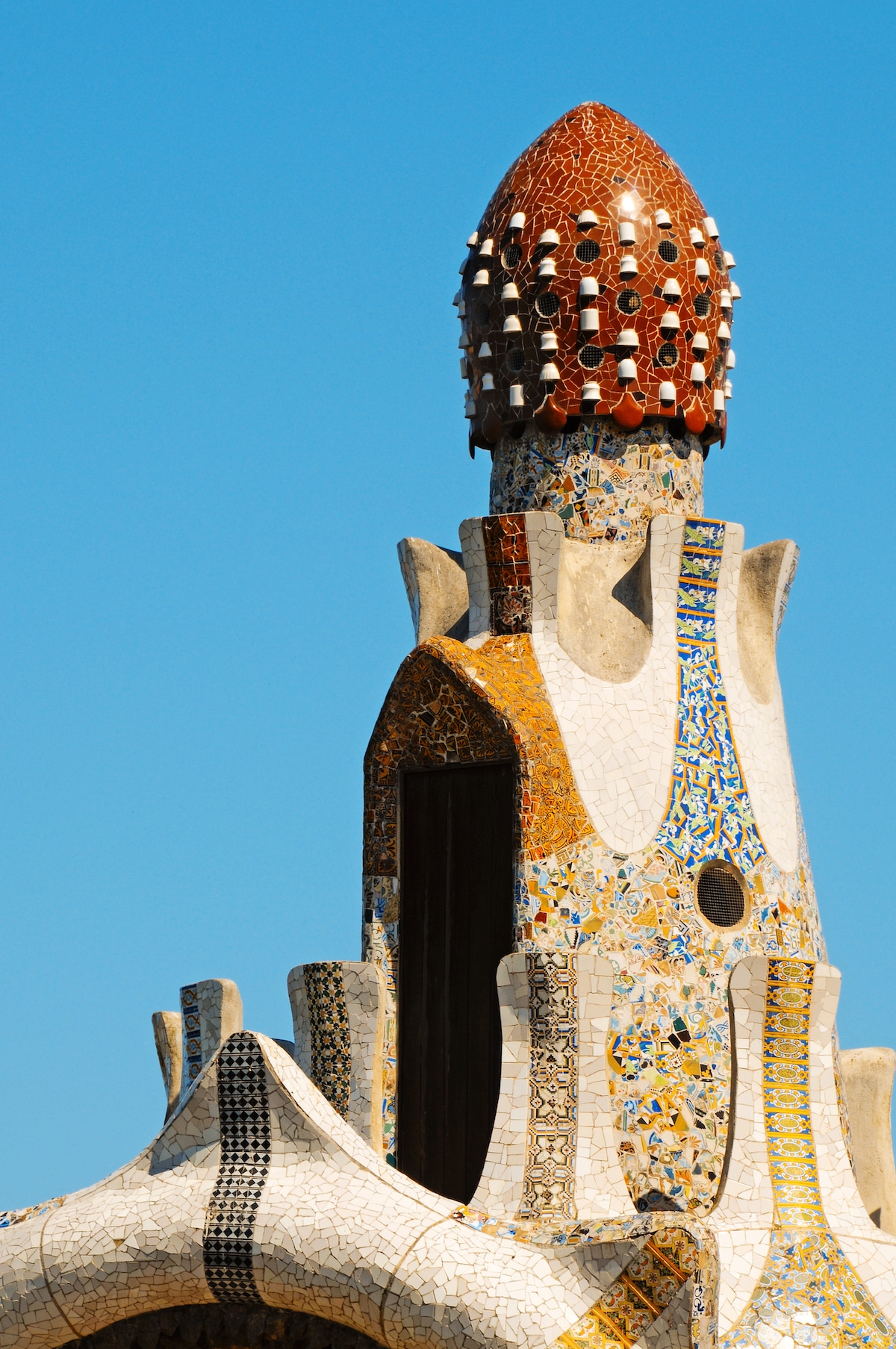 Characteristics of Modernisme include surprising and dynamic forms, dramatic use of ornamentation, motifs derived from nature, and the use of mainly curved lines—all are obvious in buildings designed by Gaudí, who said, “the straight line belongs to men, the curved one to God.” 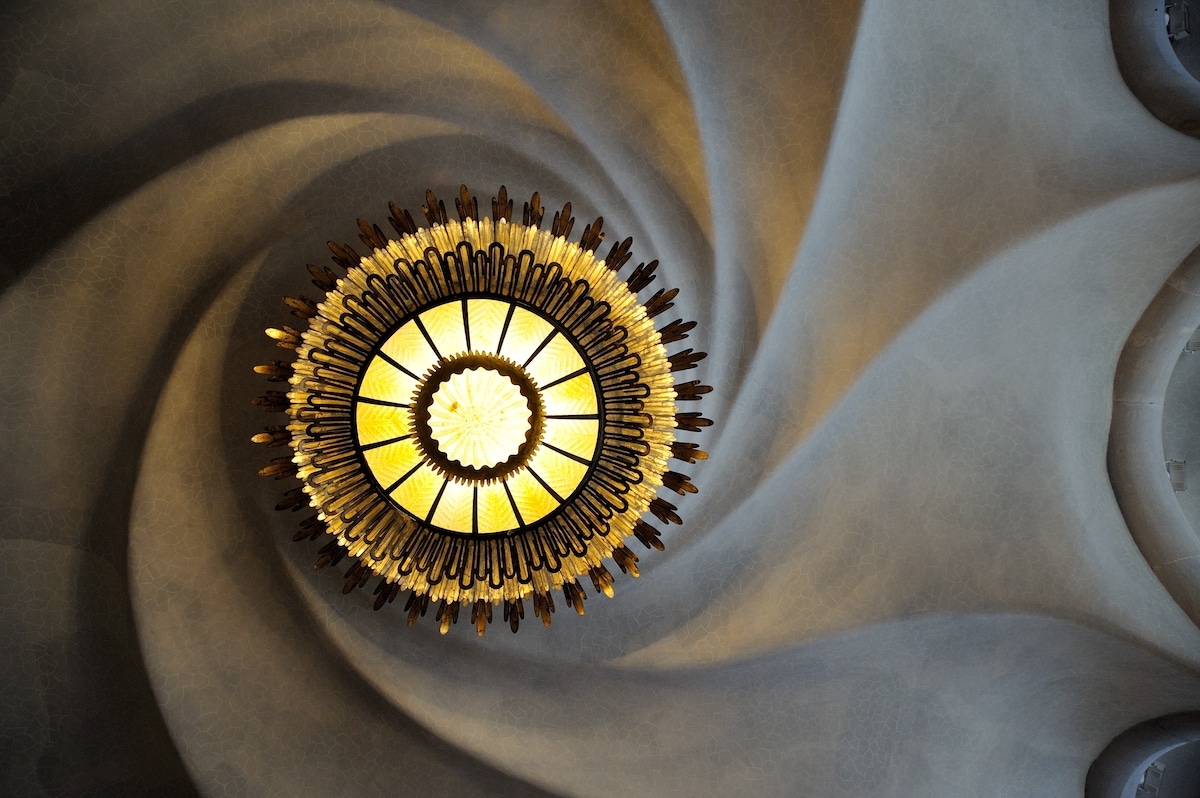 Gaudí's story may have a happy ending as La Sagrada Familia is expected to finish construction in 2026 under the leadership of architect Jordi Fauli. Until then, visitors can always visit Gaudí’s incredible work throughout Barcelona and see his pride and joy, built by his own hands, in the nativity scene at La Sagrada Familia.

Have you experienced La Sagrada Familia? Share
Like My Modern Met on Facebook
Get Our Weekly Newsletter
Become a
My Modern Met Member
As a member, you'll join us in our effort to support the arts.
Become a Member
Explore member benefits