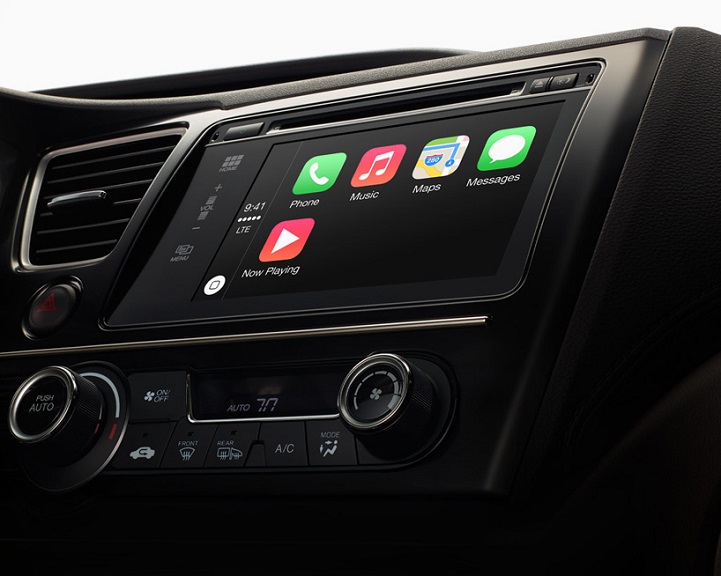 During the 2014 Geneva Motor Show, Apple announced some exciting news for drivers who love the look and functionality of their iPhones and iPads. This week, a few leading auto manufacturers will debut CarPlay, a fully integrated iOS infotainment system that pairs your iPhone with your car. Now, you'll have a way to make calls, use maps, listen to music, and access your messages with just a simple word or touch on the built-in display. CarPlay isn't just for luxury vehicles (although it will first roll out in Ferrari, Mercedes-Benz, and Volvos), and we'll see it later this year in models made by BMW, Ford, GM, Honda, Hyundai, Jaguar, Land Rover, Kia, Mitsubishi, Nissan, Subaru, Suzuki, Toyota, and more.

Siri is an integral part of CarPlay. Although everything can be controlled by the brilliant touch screen, steering wheels will have a push-and-hold feature to activate voice command. If you're lost, just ask Siri for spoken turn-by-turn directions. The system aims to make this particular feature more intuitive by working with maps that anticipate destinations based on your recent trips via emails or texts. She'll also help you easily access contacts, make and receive calls, and listen to voicemail. Additionally, Siri reads messages sent to you and also allows you to dictate them to her.

CarPlay seamlessly integrates our lives with our cars. As we're able to answer phone calls and navigate to new destinations, we will also be able to access all of our apps, music, podcasts while driving. Siri helps us to do this without compromising safety, giving us the best of both worlds.