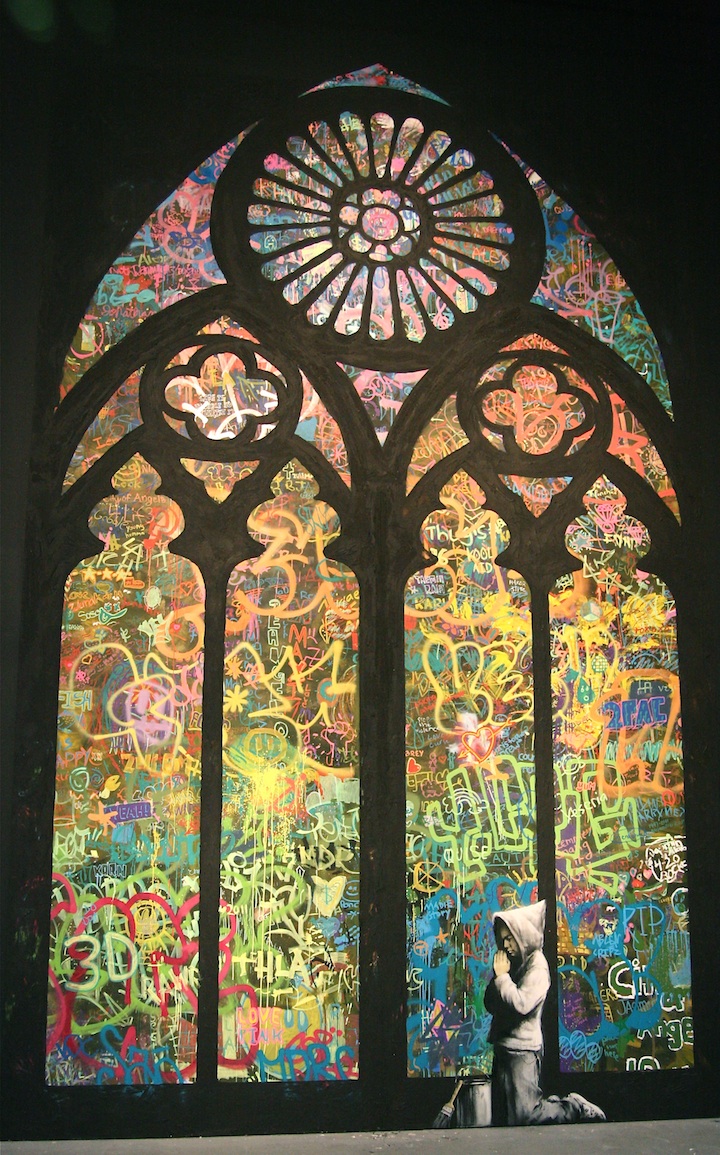 MOCA just announced that the Art in the Streets exhibition, which ran for 81 days or from April 17 to August 8, 2011, was the most attended exhibition in the museum's history! With 201,352 visitors, it exceeded the previous two records for Andy Warhol Retrospective (2002) and MURAKAMI (2007), which welcomed 195,000 and 149,323 visitors, respectively.You may remember that we wrote about this groundbreaking exhibition after we attended the press preview. What a show!

Of course, MOCA owes a lot of their attendance numbers to Banksy who put on Free Mondays, which drew in an average of 4,083 visitors each Monday. The most visited day? The last one, of course. It brought in an all-time daily high of 8,424 visitors, with lines stretching from the entrance of The Geffen Contemporary at MOCA to Alameda Street in Little Tokyo.

If you didn't catch the show, you can see some of our pictures from it here. It was epic!