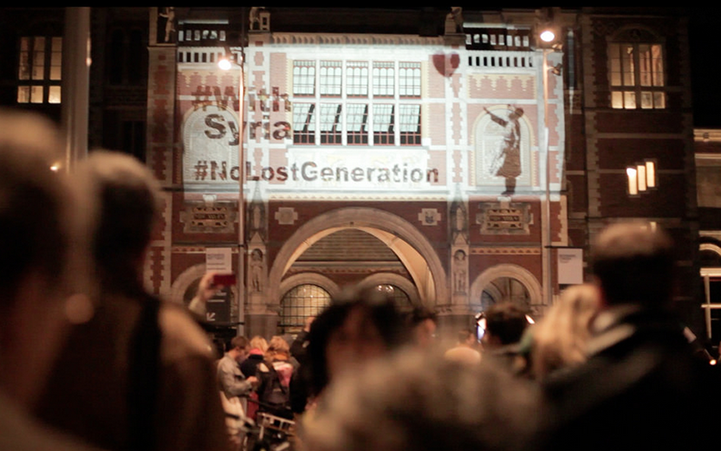 #WithSyria is an awareness campaign that marks the third anniversary of the ongoing civil war in Syria, which began on March 15, 2011. In over 30 countries around the world, vigils were held to mark the anniversary of the conflict and as a means of solidarity.

To support the cause, street artist Banksy is loaning his Girl with the Red Balloon to the widespread initiative. The original black and white stencil has been altered to resemble a Syrian girl wearing a traditional head scarf and standing alongside the red heart-shaped balloon. Standing as a symbol of hope, the “red balloon carries the girl above and away from the chaos below, beyond the burnt-out buildings and bullet-potted walls.”

“Every day children, women and men in Syria are living through unspeakable horror,” explains the #WithSyria website. “Around the world, people are showing every child, woman, and man caught up in the conflict that we are with them, that we are #WithSyria.”

Watch the video below for more information. 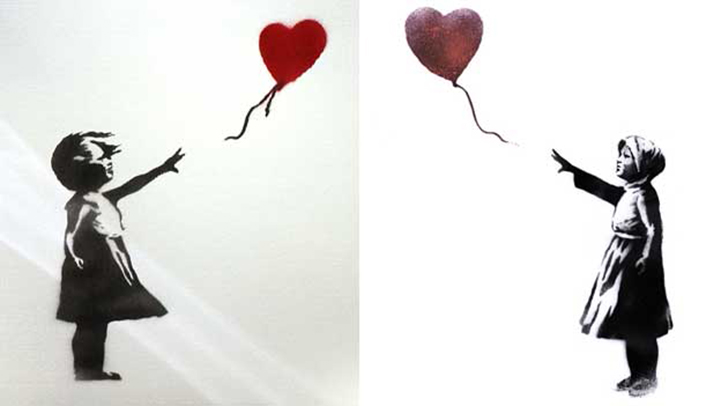 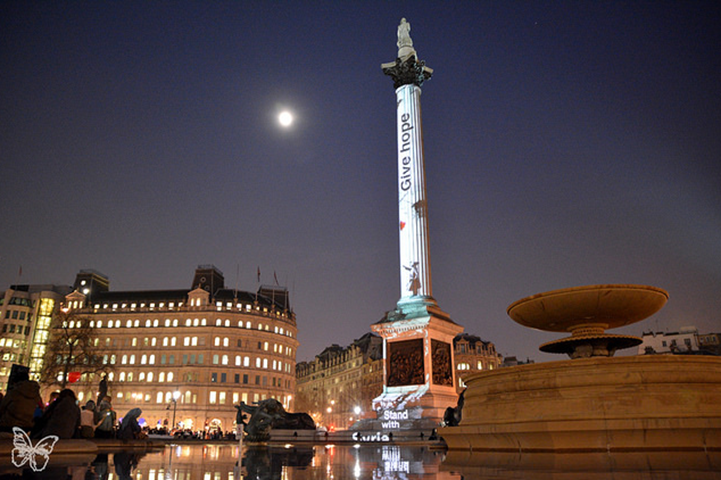 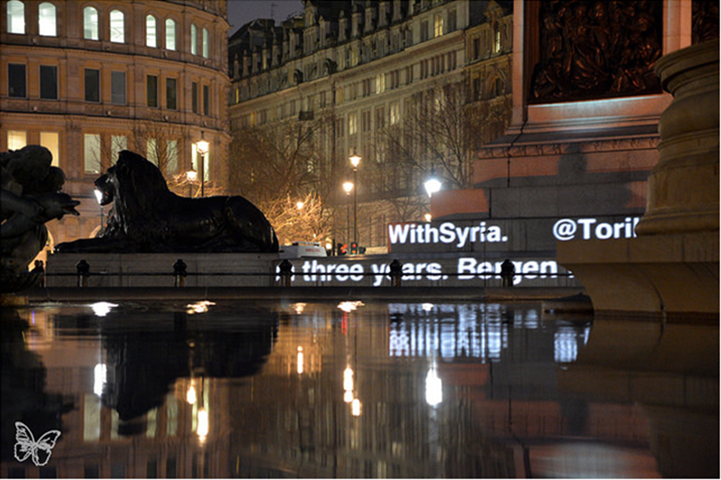 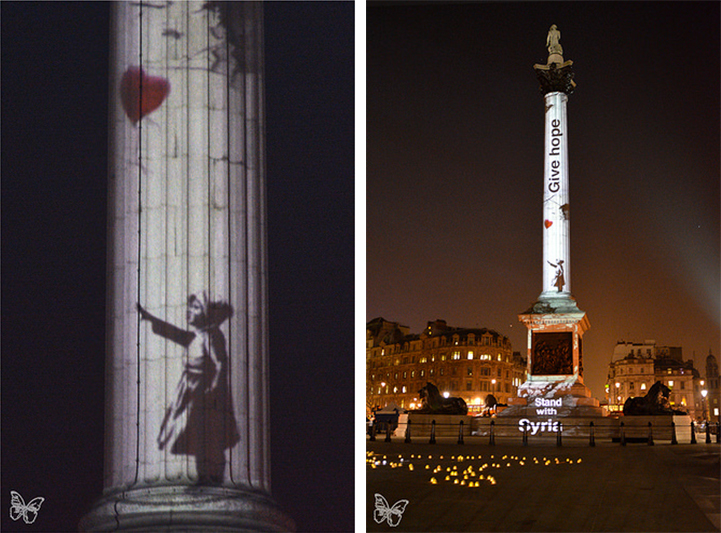