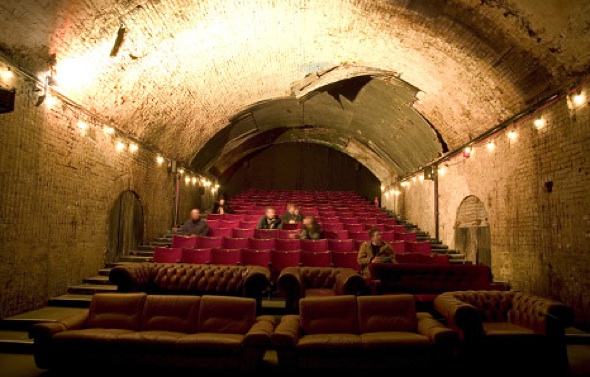 Leave it to Banksy to have the UK premiere of his film at a makeshift 150-seat cinema built under Waterloo train station. Lambeth Palace, as Banksy calls it, is an improvised film theater on Leake Street that will be holding special previews of Exit Through the Gift Shop until March 4th (in advance of the film's nationwide release on March 5th). The dungeon-like auditorium is described as London's “darkest and dirtiest cinema.” I'm sure it'll be quite the experience with a popcorn stall, lounge bar, and street art adorning the walls.

The Independent writes “The foyer boasts a few of Banksy's latest artworks. Against one brick wall, effigies of the Queen and Prince Philip are seen unveiling a big white anarchist sign. On another is a big Hollywood-style sign for production company, Paranoid Pictures. In a corner is a fake bonfire, burning a selection of 18th- and 19th-century paintings, portraits of Napoleon and Queen Victoria among them. There is an ice-cream van from which a youngish man with a goatee beard serves popcorn and soda.” 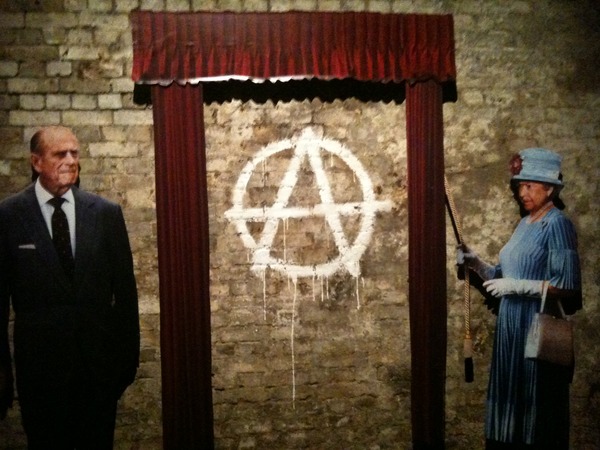 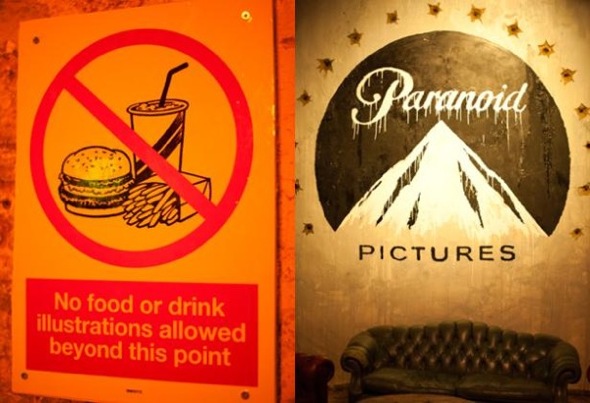 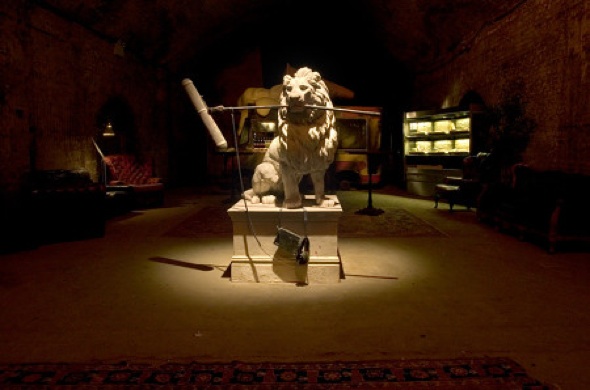 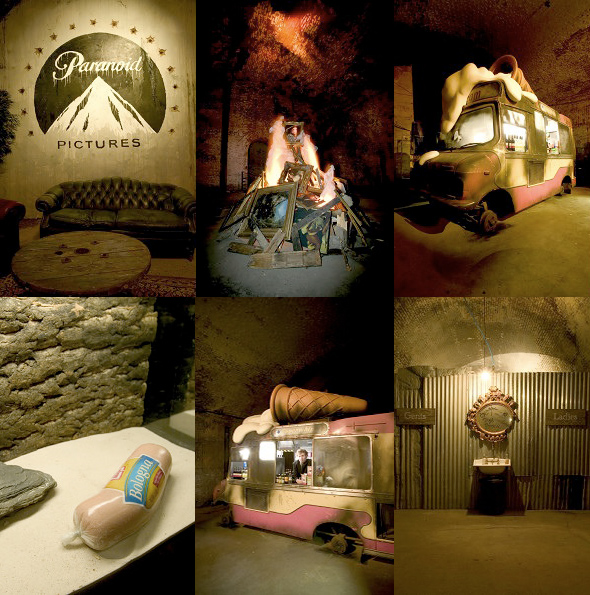 Coolest part? Guests of the premiere were presented with tins of spray paint as their parting gift. (400ml cans of Ironlak, the aerosol paint of choice for budding street artists.)
Why this hoopla? Banksy has organized the screenings so “normal people” can see the film “before the celebrities get stains all over the furniture”.

I wish I was in London!