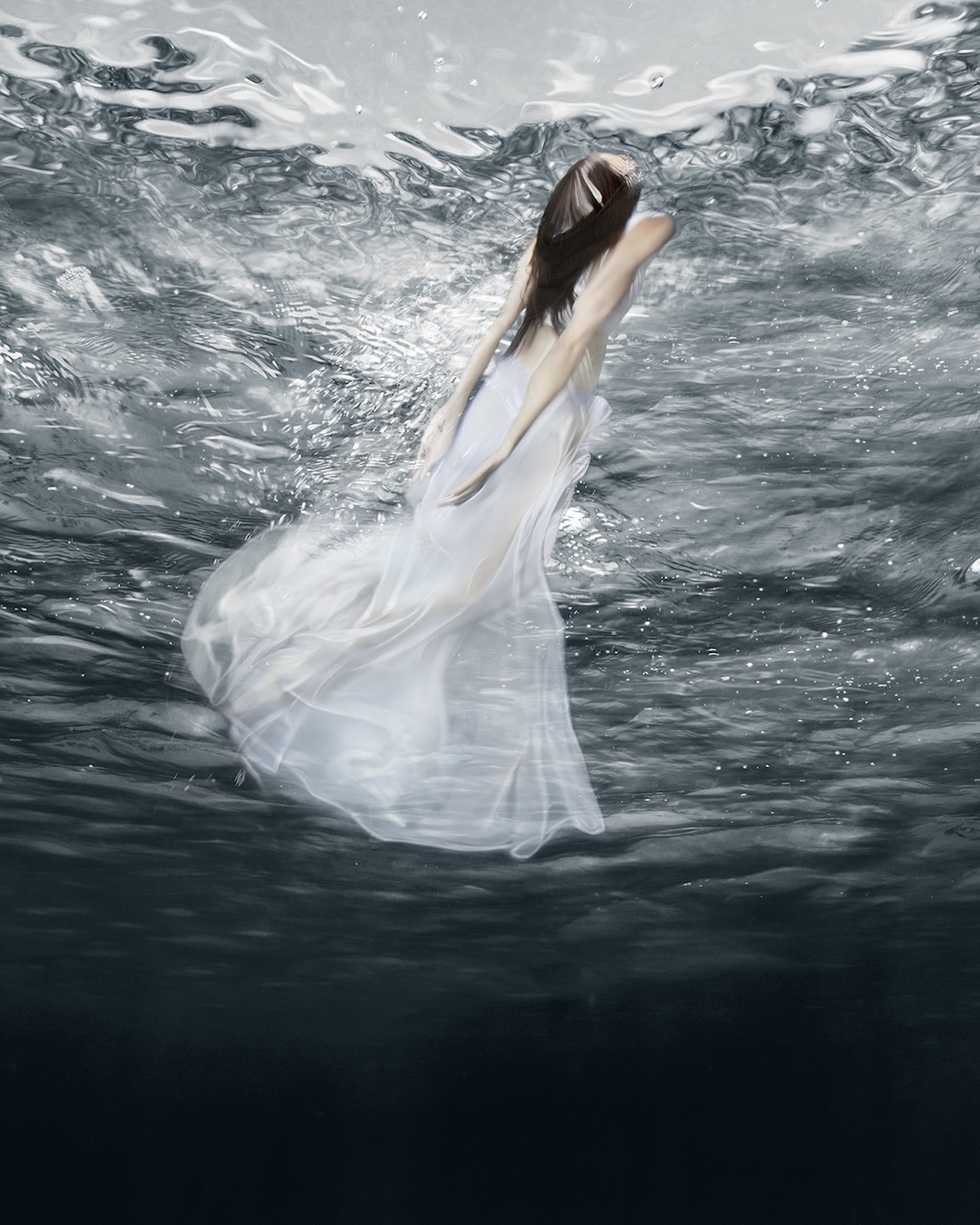 For decades, artist Barbara Cole has captured dynamic photographs of figures floating underwater. Much more than shimmering studies of her subjects, these images often evoke and explore deeper ideas. This approach is reflected in Surfacing, a series of underwater portraits that aims to “open up a dialogue on mental health.”

The photographs featured in Surfacing star women submerged in the ocean. As the series is intended to speak to issues of mental health, one may expect to find the subjects struggling against the tides and currents. Instead, however, Cole puts a positive spin on this topic, using this series to offer an “ode to the power of will and strength to overcome.” This is evident in the positioning of the figures, who are shown rising from the depths and, as the series' title suggests, “surfacing.”

As someone who has dealt with her own mental health issues, these photographs speak to Cole's own experiences. She notes, however, that the series is not all about her; instead, it is inspired by struggling and strong women everywhere. “My work not only echoes my own struggles and personal and artistic achievements,” she reveals, “it speaks to all women who rise up, take back power and lead the way.”

We recently spoke to Cole about Surfacing. Read on for My Modern Met’s exclusive interview to find out more about this empowering series and about Cole's prolific practice as a whole. 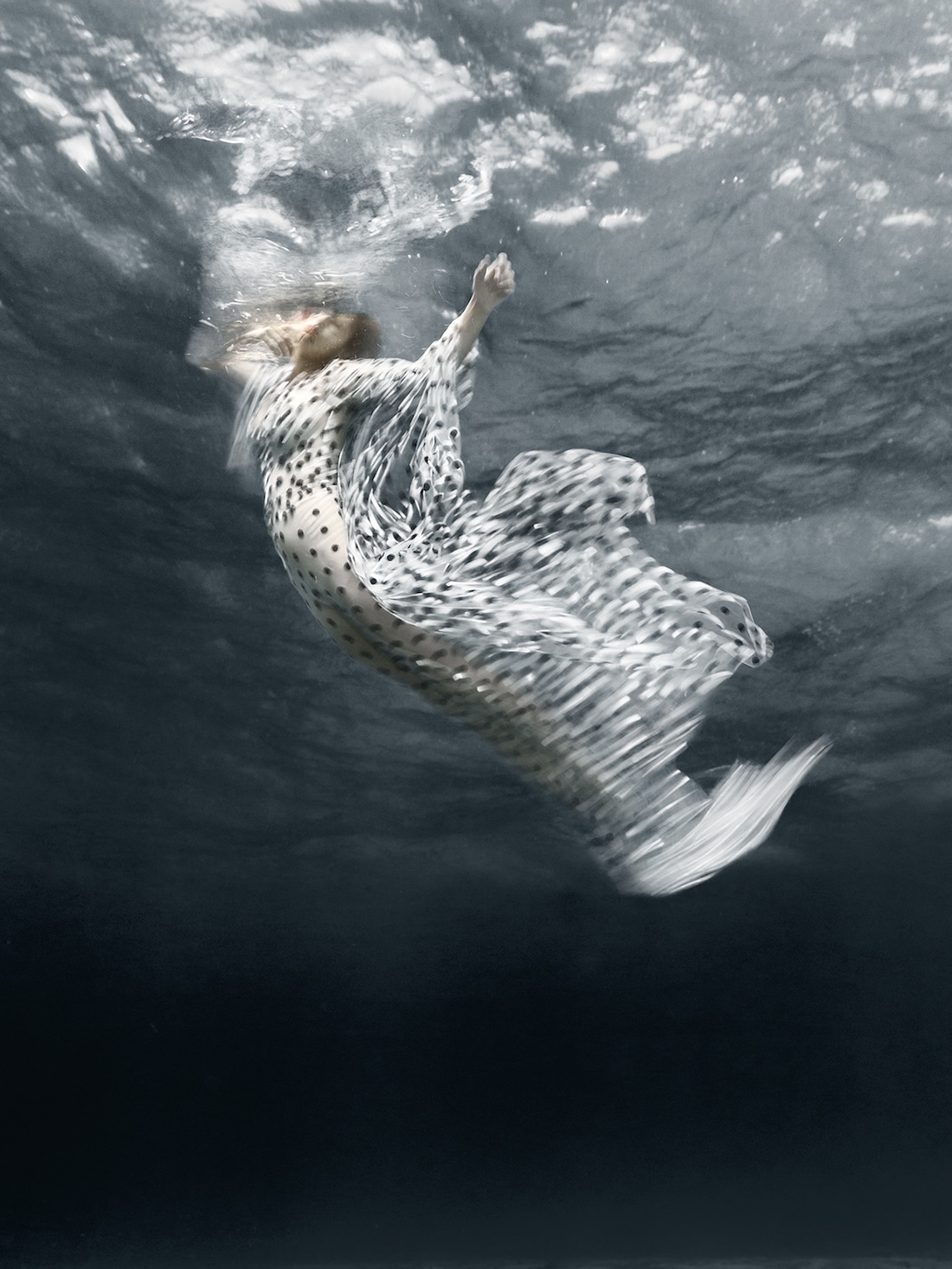 Most of your work prominently features the female figure. What sparked your interest in this subject?

A lot of my work is semi-autobiographical. I shoot my emotional landscape based on my imagination. I go on instinct and leave the interpretation until later (the result of which is always rather surprising). Another reason why I work with the figure is that I take a lot of inspiration from collaboration. This human connection makes the work stronger and more alive. I do work with men and women, but I often have more success with female visuals. 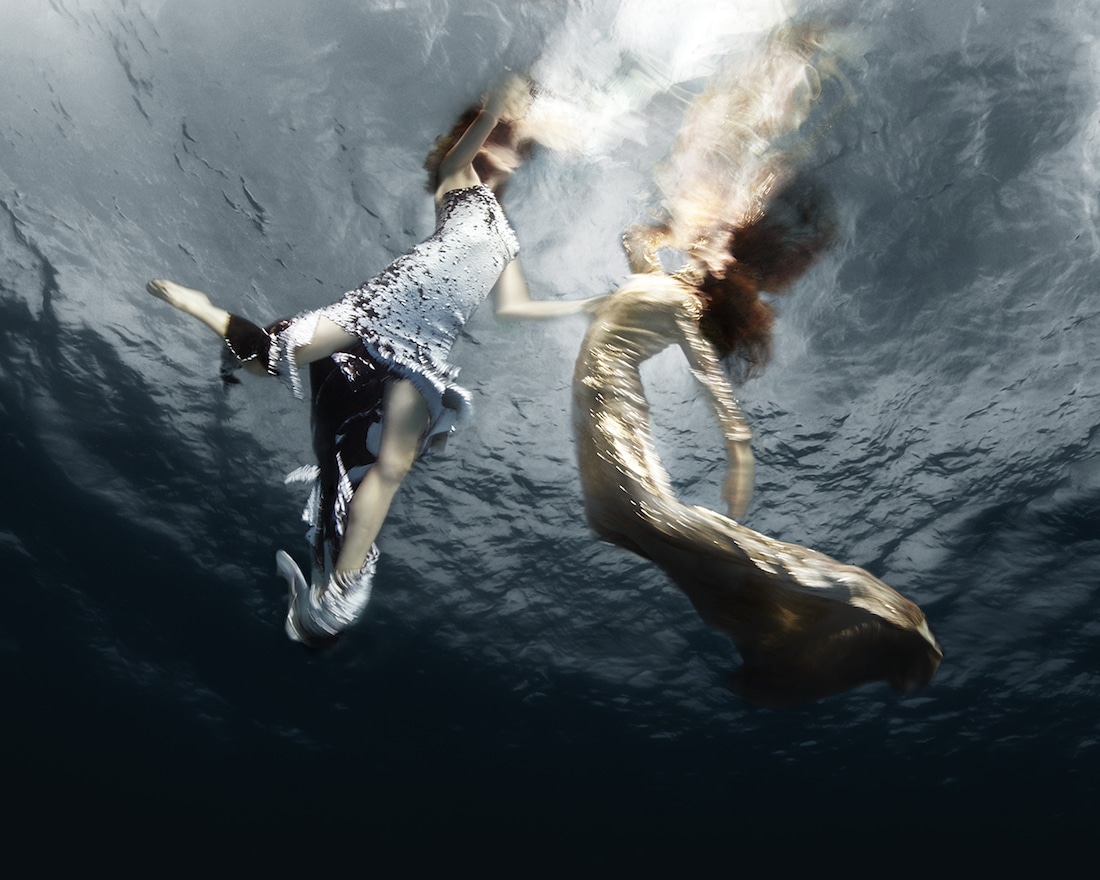 This focus is evident in your most recent series, Surfacing. How has your past work influenced this series, and how is it different?

I’ve been photographing the female figure in water for twenty years. The common thread between all of this work is the water.

I view my pool as a “studio” and as such it can morph into many different environments in the same way an empty photo studio does. Each underwater series does inform the next, however, and having said that, I was intrigued by the notion of placing the figure in an expansive environment. The ocean (rather than a pool) gives an additional charge to the visuals and makes the figure appear to be more vulnerable. The smaller figures in the larger expanse of water creates tension and a larger story. That story is a very personal one and I’ve chosen to express it in more of a poetic rather than literal style.

This series is inspired by “triumph, survival, and self-actualization”—concepts that you relate to on a personal level. How does this series reflect your own experiences?

The women in Surfacing are overcoming adversity, finding personal strength, power, and the way back to normalcy. This metaphor echoes my own struggles as well as my artistic accomplishments. Depression has been a lifelong partner. When I’m in the midst of it, like many others I tend to isolate. I know personally how hard it is to ask for help, or to find help when you’re ready to talk. 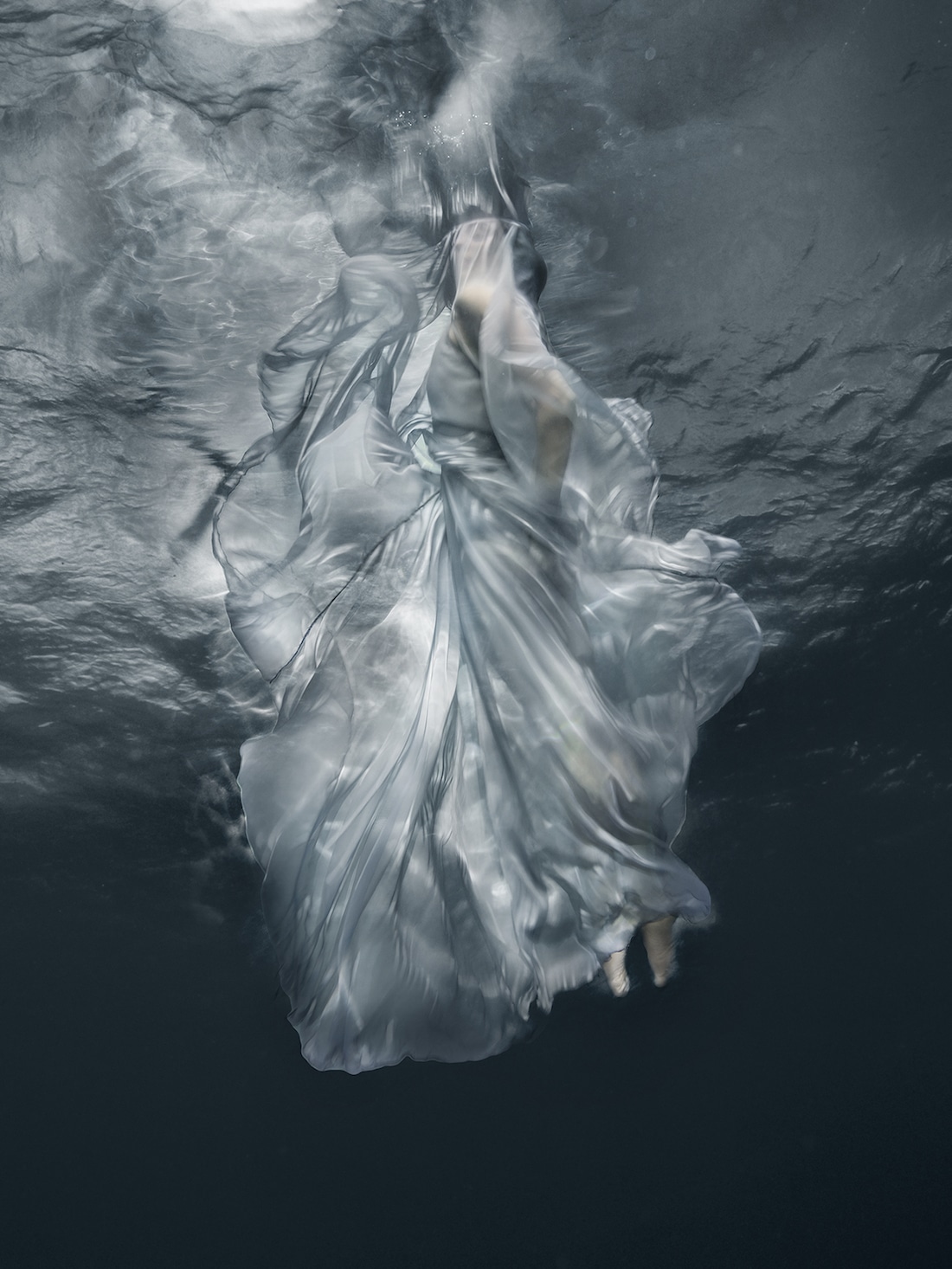 From a technical perspective, how did you shoot this series?

Honestly, I just try everything I can until I get to what works. A lot of the time I work off of feelings, emotions, and subtleties, so I take what I already am familiar with on the technical side from shooting in studio for decades, and I’ve just applied it to underwater shooting as best as I can. Of course there are technical and physical limitations that come with shooting underwater, but just like anything else, practice makes perfect (as do wetsuits, goggles, and watertight seals).

What equipment do you use to capture such beautiful underwater images?

My imagination and my eye. 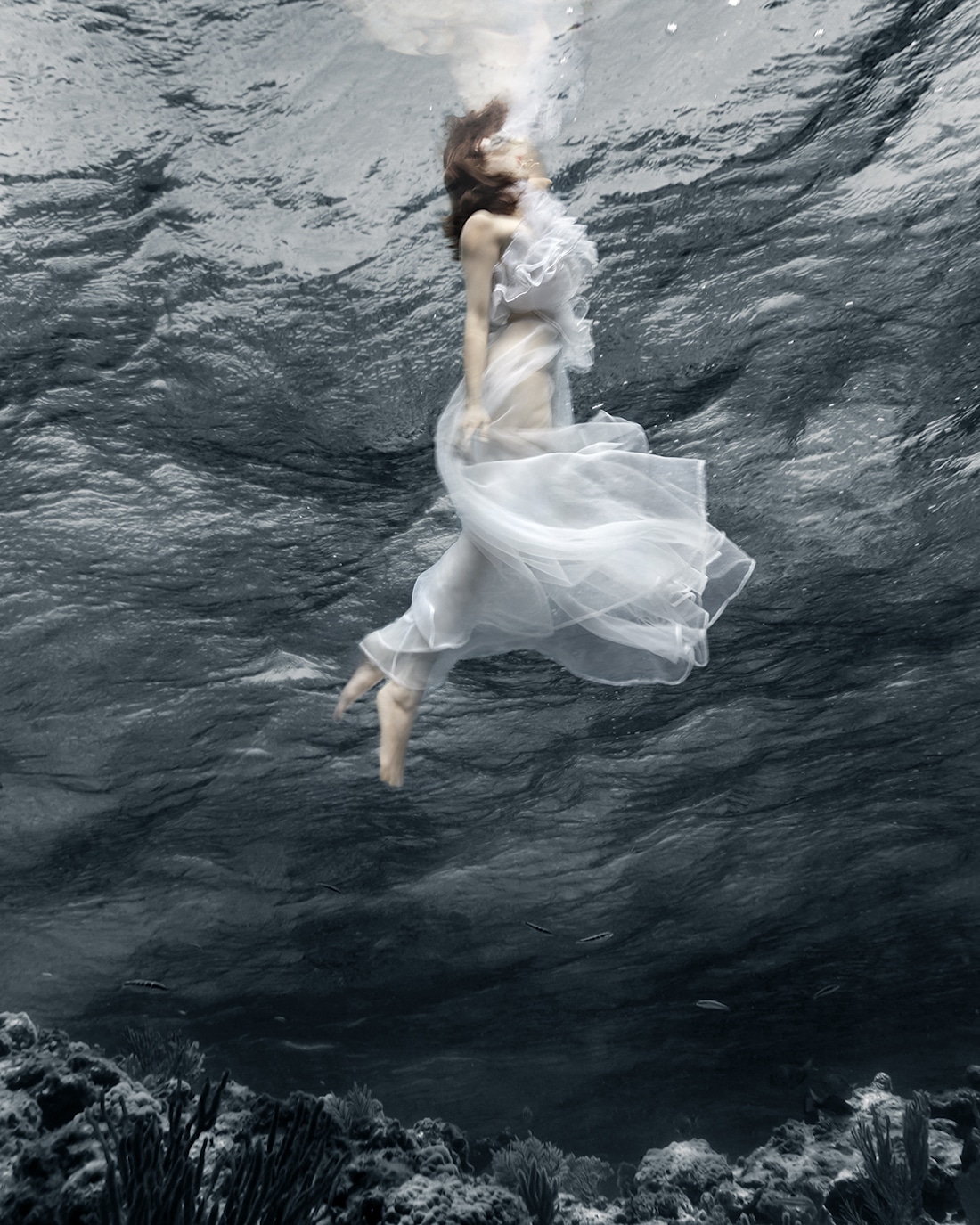 You work with several organizations in order to highlight mental health awareness. Can you tell us a bit about these organizations?

This year I’ve teamed up with Bell Let’s Talk (Canada) and Give an Hour’s Campaign to Change Direction (USA) for a string of exhibitions across North America. These two fantastic organizations provide hands-on support and assistance to those struggling with mental health issues, whether it is through providing direct access to care resources, raising funds for scientific research, or using their platforms to raise awareness about & change the stigma surrounding mental illness.

These causes are very close to my heart as someone who has continually struggled with their mental health. I have also seen firsthand the positive impact of organizations like these, as well as the help that family, friends, and professionals alike can have on the mental health of others. I am also helping out with Change Direction’s A Week to Change Direction, and joining the conversation to help change the cultural stigma surrounding mental health. Everyone can visit their site and use #ChangeDirection on social media to be a part of that change. I could not be more excited to have their support and help further their initiatives with my own work.

Do you have any upcoming plans or projects in the works?

Parts of the Surfacing series have been traveling through the US and Canada since the beginning of the year, already making stops at Montreal’s Galerie LeRoyer and Los Angeles’ Art Angels. In August, another selection from the series will be on display at Bau-Xi Gallery in Vancouver, before the whole series goes up at Bau-Xi Photo in Toronfto this September.

I’m continually shifting my focus between above ground and underwater studios, and I have almost finished final preparation on my series Shadow Dancing. In this series, I make use of the centuries-old wet collodion process and pair it with contemporary technologies to create what I refer to as modern tintypes. Hoping to lock down an exhibition of these pieces next year! 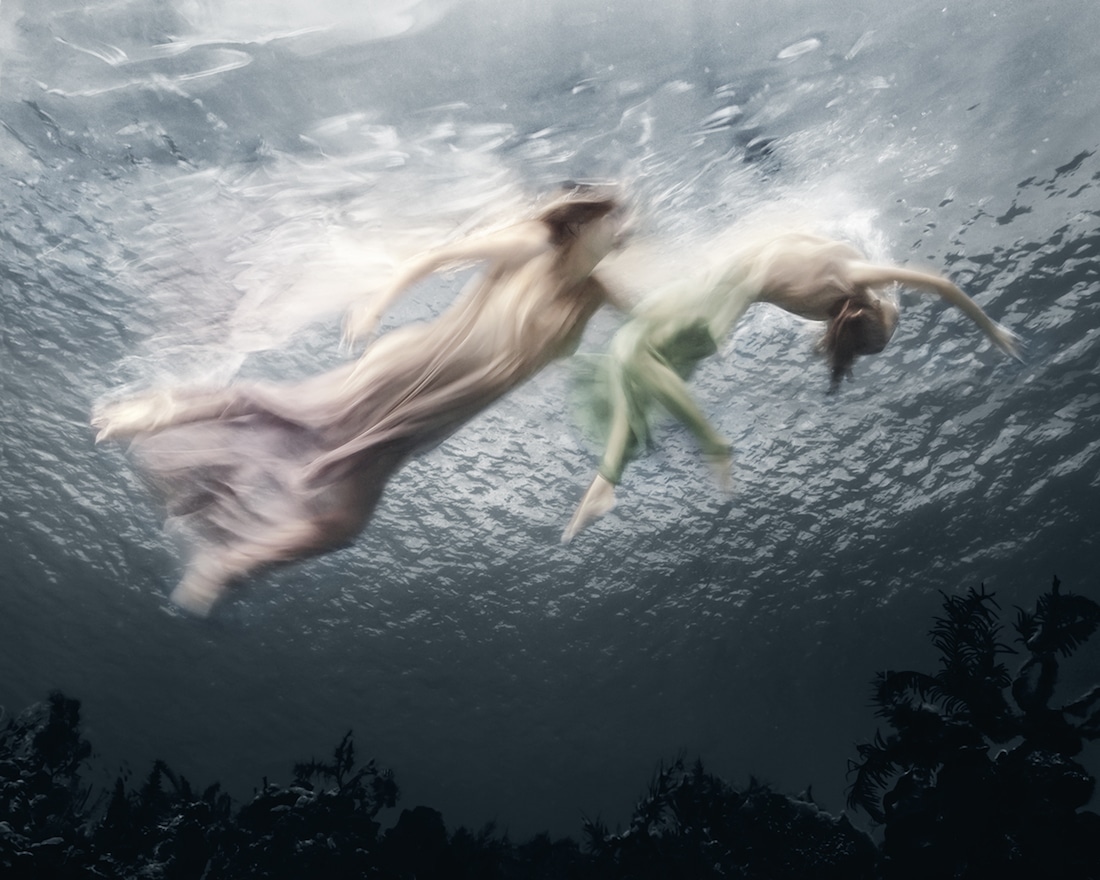 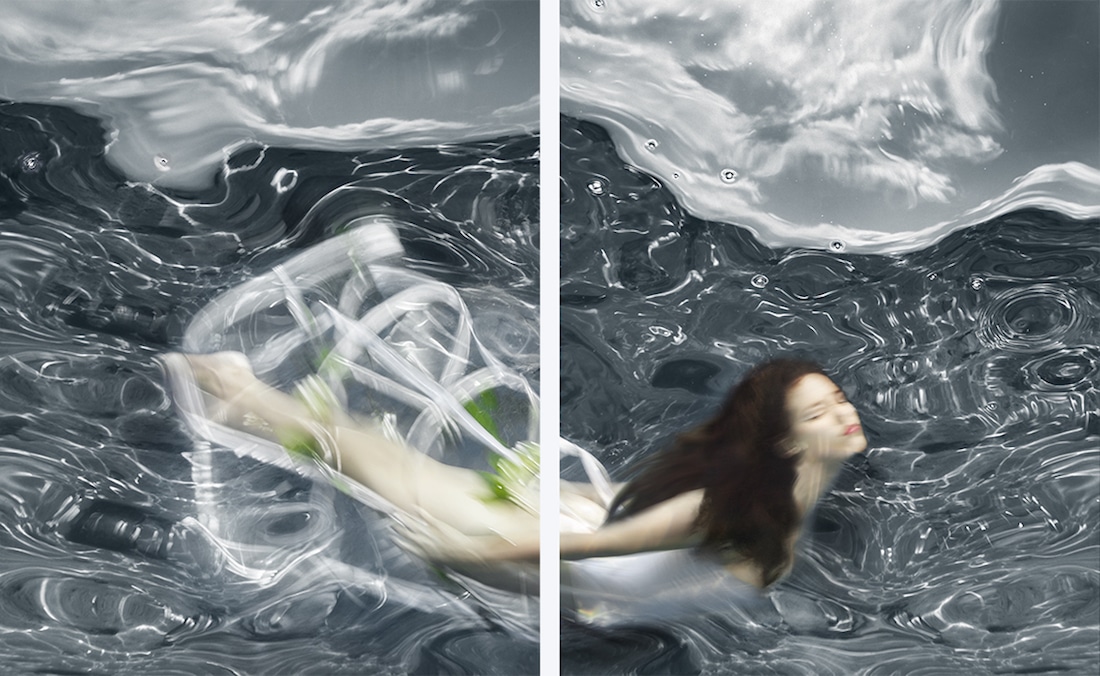 Like inspiring art? Share
Like My Modern Met on Facebook
Get Our Weekly Newsletter
Become a
My Modern Met Member
As a member, you'll join us in our effort to support the arts.
Become a Member
Explore member benefits