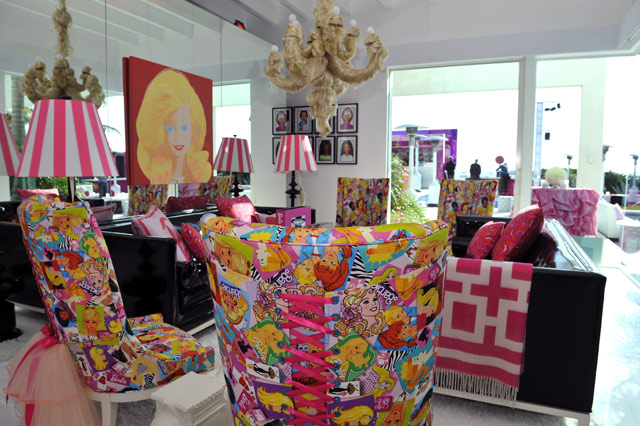 Pardon me if I'm not excited about this…ok actually I just want to gag. In celebration of Barbie's 50th birthday, interior Jonathan Adler was commissioned by toy maker Mattel Inc. to decorate a malibu pad only fit for Barbie. The 3,500-square-foot house took six months of planning. When coming up with the design Adler thought, “How would Barbie live?” He then came to the conclusion that Barbie would have a house that is glamorous, kittenish, chic, colorful and happy – as well as functional.” (He forgot the word gaudy.) Adler must have thought that Barbie was highly egocentric, completely neurotic and slightly psychotic when he lined Barbie's bedroom with wall-to-wall pink carpeting emblazoned with her initial, filled her closet with 50 pairs of pink peep-toe heels and stocked her kitchen with cupcake-making ingredients. An in-house museum features 25 vintage Barbie dolls on display. In the garage? A pink Volkswagen New Beetle with a motorized pop-up vanity in the trunk. Craziest of all? How about a chandelier – designed by Project Runway contestant Chris March – that's made up of over 30 blond wigs and took more than 60 hours to craft. Yikes! Barbie's a psycho! 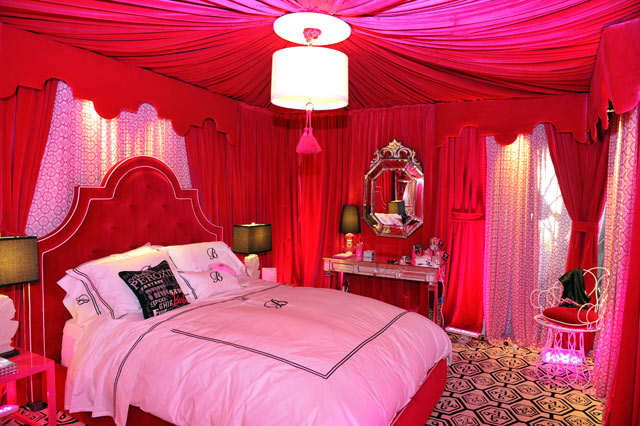 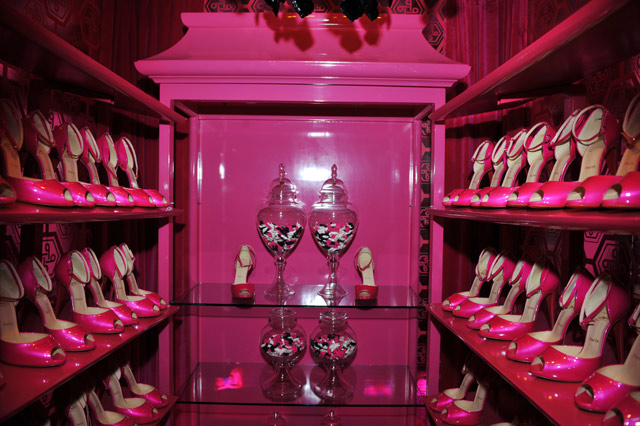 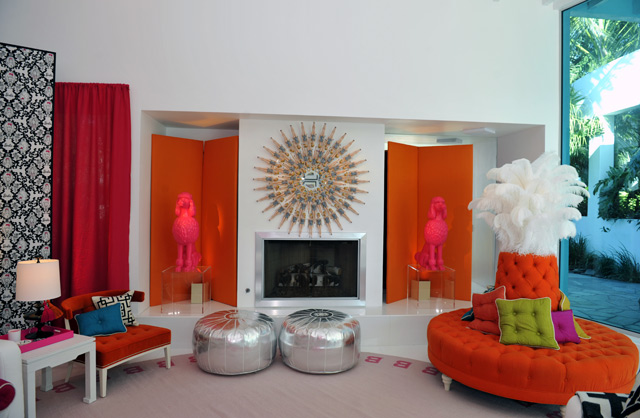 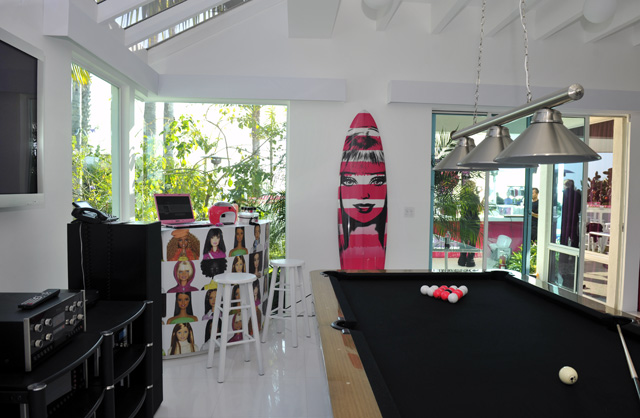 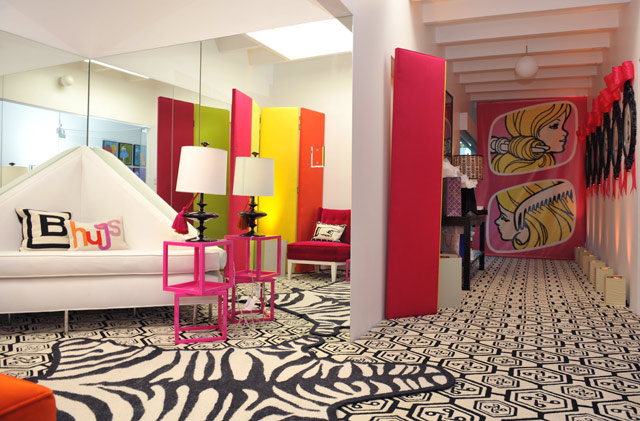 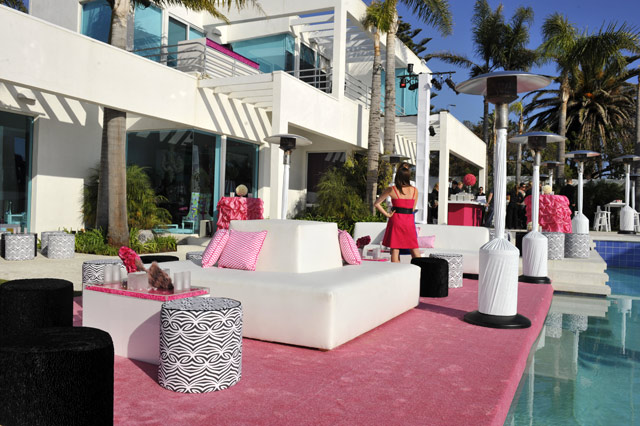 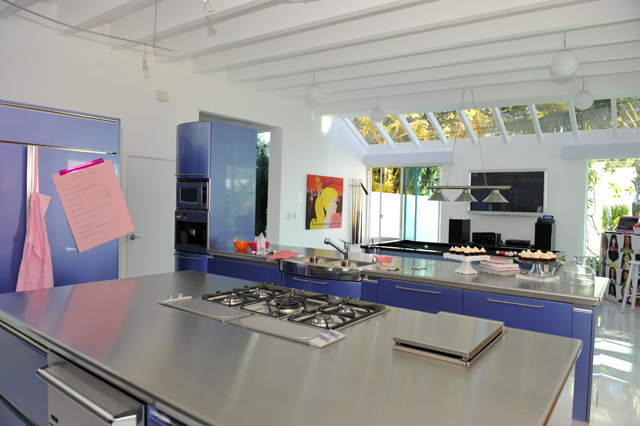 Perhaps I had hope that maybe Barbie would grow up to be a sophisticated lady who wouldn't want to see a thousand pictures of herself strewn all over her house. Perhaps I thought her fascination with fluorescent pink would subside, that she would see the beauty in a variety of colors outside of the red-pink-purple range. What do you think? Do you like Barbie's Malibu beach pad? Photos courtesy (Tom Andrews/LAist)