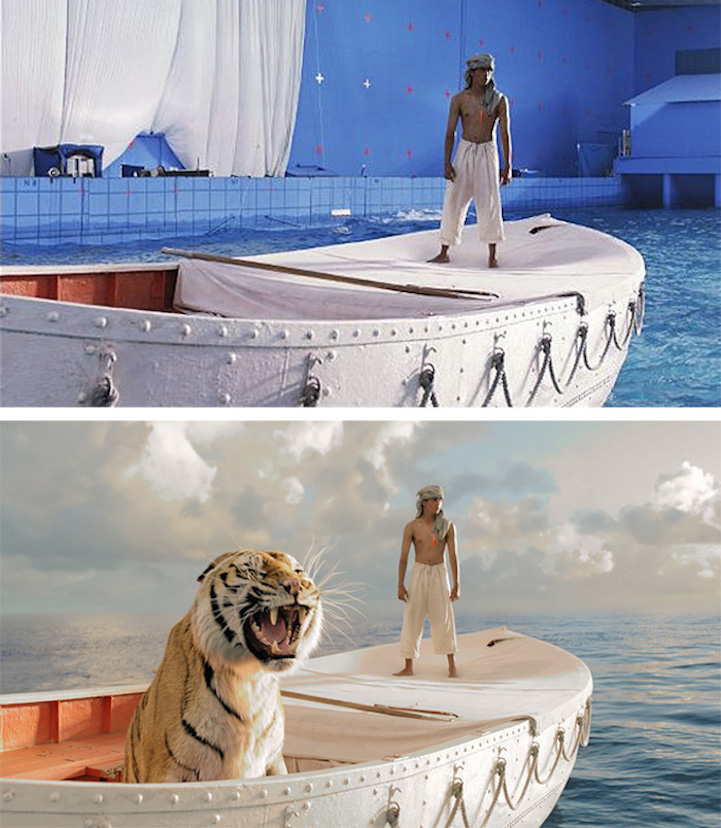 It's no secret that visual effects can take up a large chunk of a film's budget these days. One famous example is James Cameron's 2009 blockbuster Avatar, which spent much of its $300 million budget on groundbreaking motion-capture techniques and CGI. Film studios are constantly pushing the limits of what's possible with the continuous development of technology, resulting in visual effects so seamless that viewers can no longer tell what's real and what's been modified.

This collection of before-and-after shots provide a glimpse at what goes on behind the scenes when shooting a big production like Gravity or Game of Thrones. Clearly, there's a jarring difference between what the audience sees on screen and what the crew and cast physically work with on set. With the advancement of VFX, studios can create breathtakingly realistic imagery, from people and animals to entirely different worlds. Looking ahead to the future of cinema, we can see the line between fantasy and reality becoming ever more blurred. 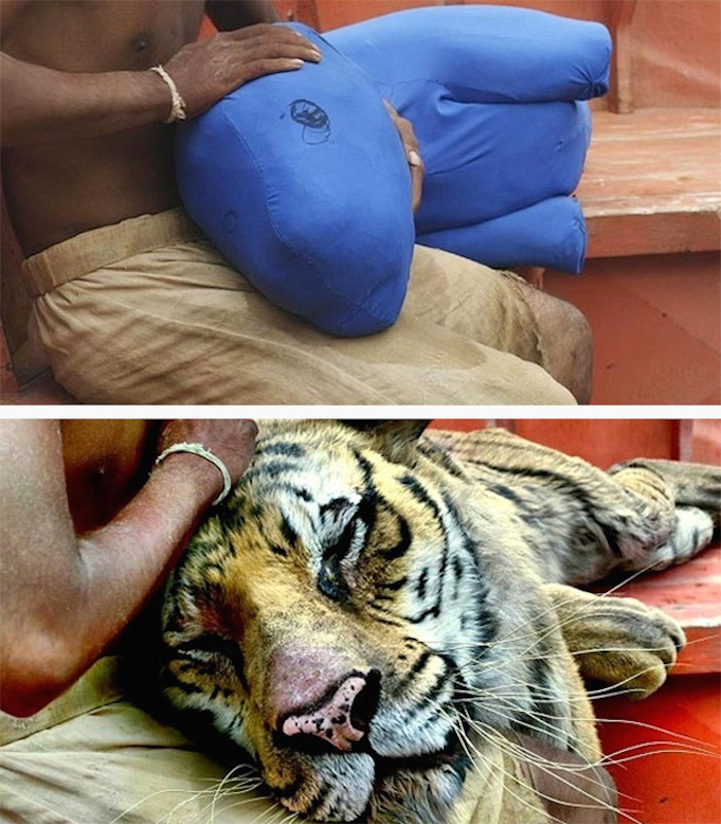 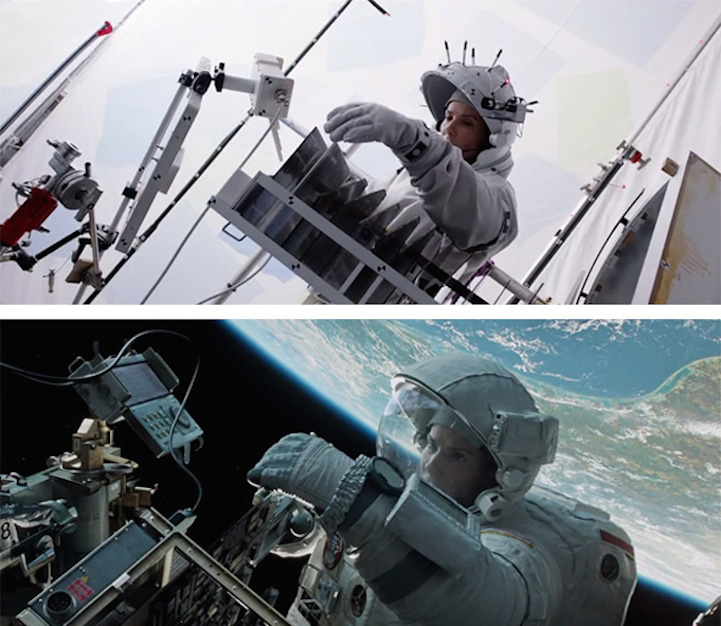 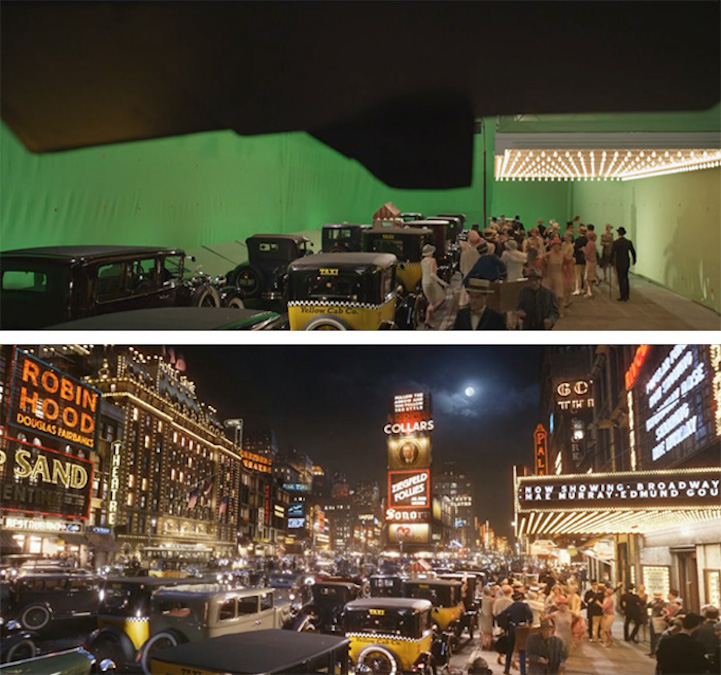 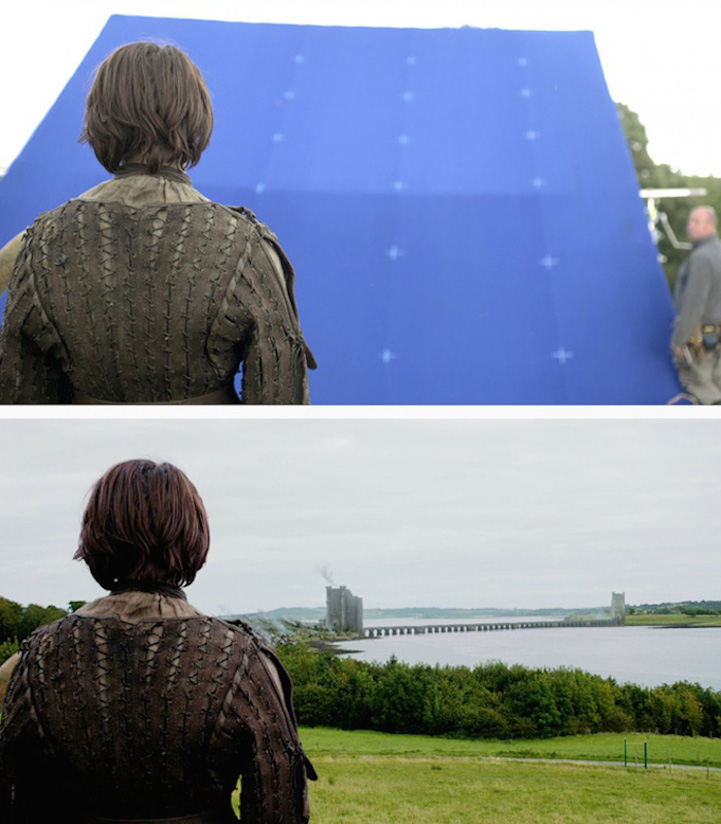 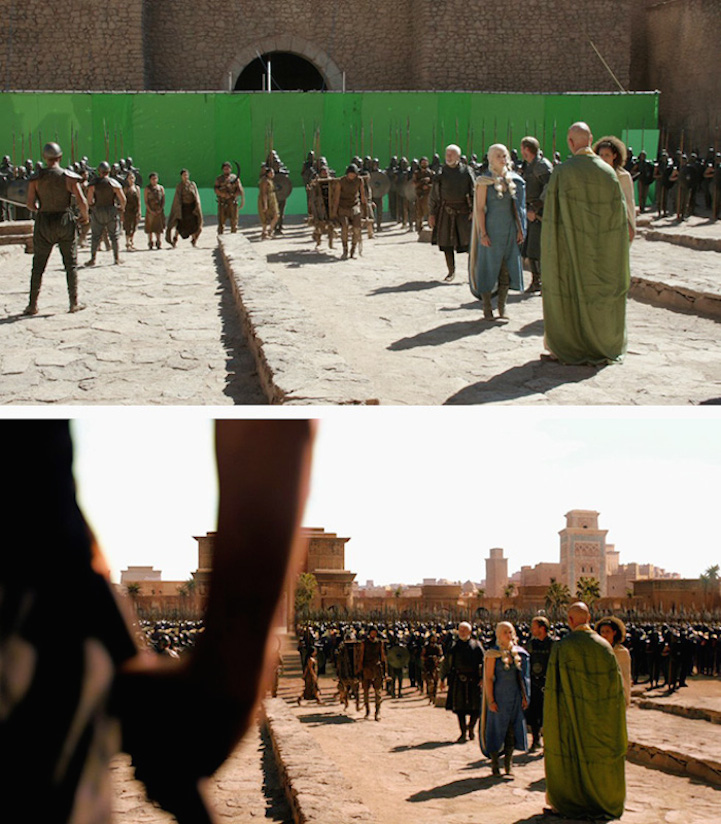 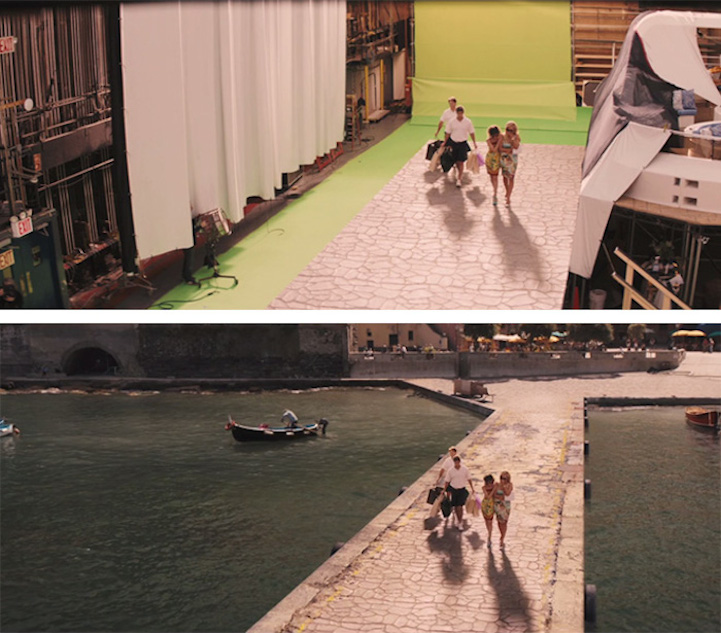 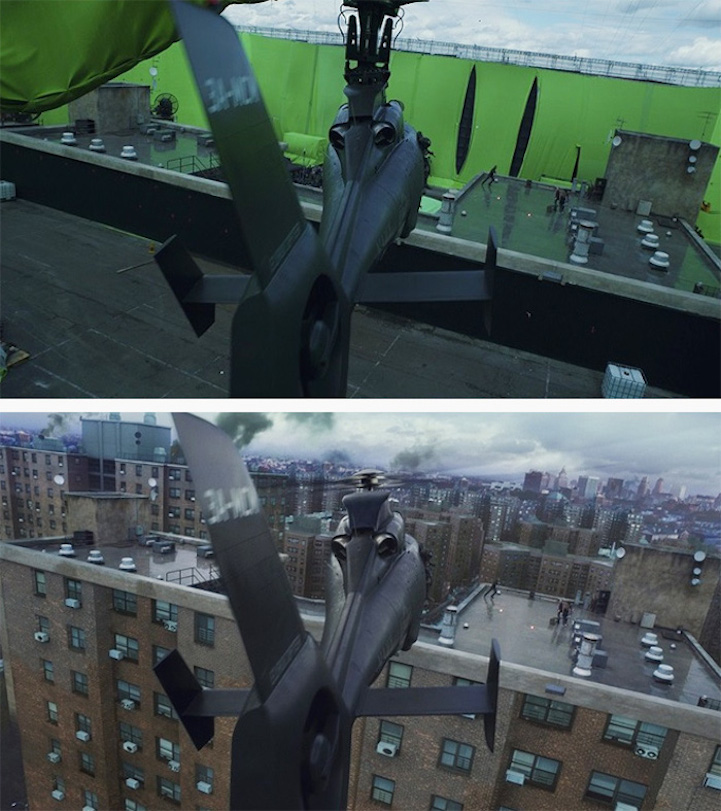 Huh Magazine
via [this isn't happiness]