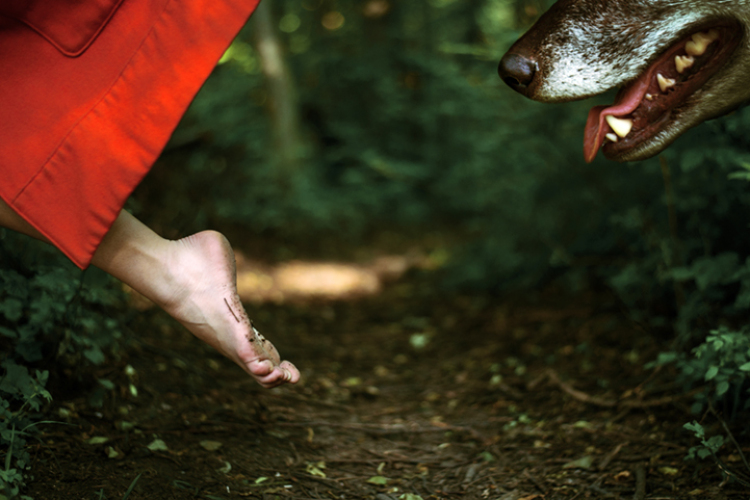 Growing up with an old copy of Grimm's Fairytales next to her bed, German photographer Laura Zalenga has always had creative stories inside of her—they were just waiting to find the right medium for expression. When Laura stumbled upon photography, she instantly fell in love and began teaching herself how to use her camera. The device was a way to release the emotions she was feeling and create compelling visual stories.

Inspired by the very book she kept by her bed, Laura set out to show a unique perspective on stories so recognizable that even a small detail reveals the inspiration. In her series, Grimm Compact, she uses minimalism in each photo, embracing those little recognizable details as a way to bring her audience in and let them decide which story was used as an influence.

We were grateful to catch up with Laura for a Behind The Lens look into her series of photos based on classic fairy tales. Scroll down to read our exclusive interview. 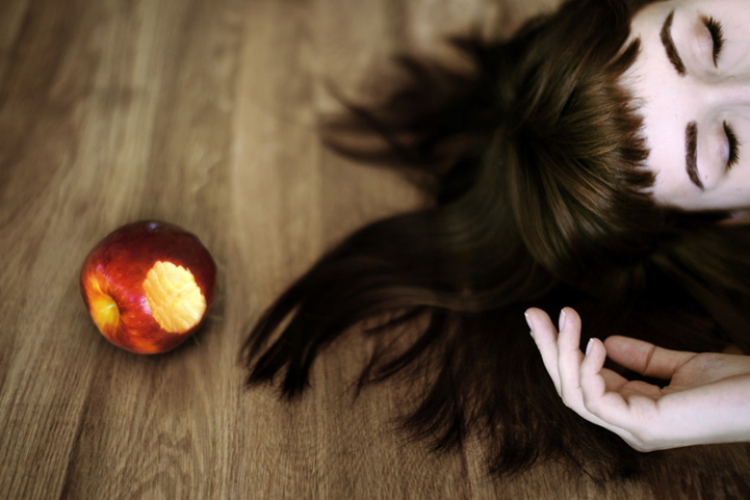 It's actually hard to track down where my interest in photography came from. A few people around me took photos but I think the main reason I started creating was the stories and emotions inside me that I wanted to express. Nothing ever felt right till I tried photography. Ever since I fell madly in love, it changed the way I see literally everything around me and I wouldn't want it any other way.

Besides photography I am very passionate about supporting animal rights. Last year I raised $1,000 by shaving my head and donating the proceeds to Animals Equality. I also try to attend their street actions. In general, I try to raise awareness for how cruel the meat and dairy industry are and how easily all of us can change our eating habits.

Where do you call home?

Wherever I travel or live—even the most paradisaical places—never change a thing about me calling that small town in the south of Germany home. It's where I grew up. My roots, my childhood memories, and who I am today is based on this beautiful place. 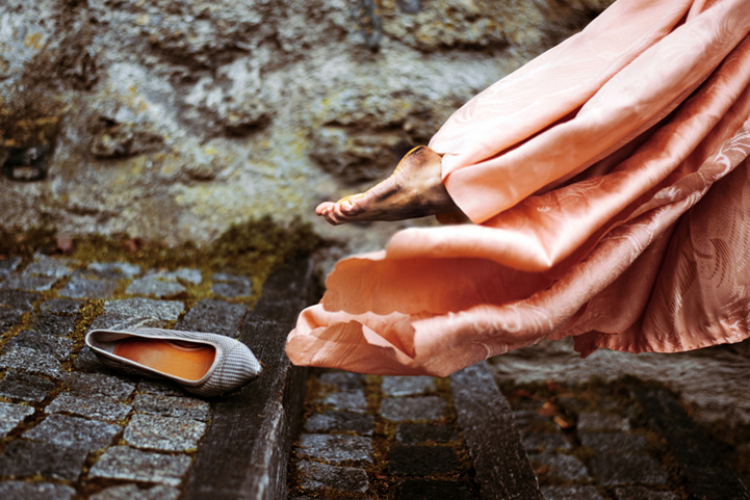 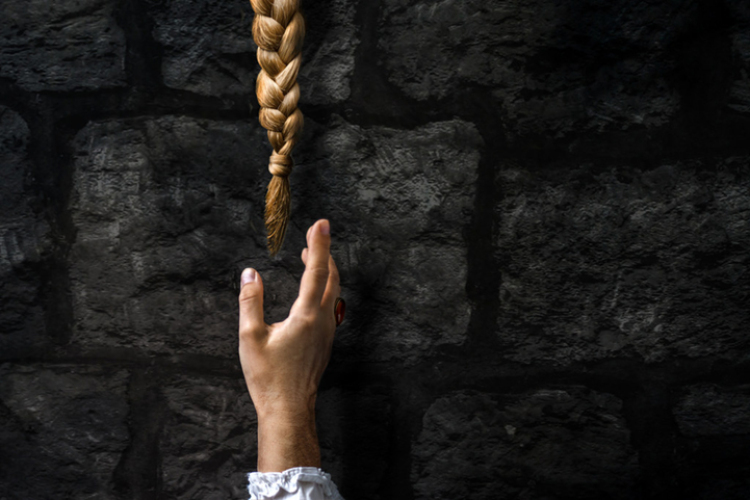 You created a series inspired by the Brother Grimm's fairy tales, can you tell us a bit about this project?

Growing up with that massive old Brother Grimms fairy tale book next to my bed, I fell in love with the characters in these little stories. I knew I wanted to make a photo series based on them but realized there were already so many photos out there in the world inspired by the same stories. So after I took some time to consider abandoning the idea, I thought about giving it a new twist and really reducing it to the very minimum that people would need to see to recognize which photo coincided with which fairy tale. It's not my typical visual aesthetic, but I loved how people would spend time standing in front of these photos in exhibitions and talk to each other about the inspiration. I dream of these photos bringing them back to their childhood.

Your photos are often self-portraits, how do you get the perfect shot?

It's a (sometimes frustrating) process of doing it again and again. Of course with practice it gets a lot quicker over the years. By now I only need two or three shots to get it right. To focus, I still use the old trick of putting something in the exact place I will be standing, preferably where my face will be in the end. I guess it's always a compromise. When you use yourself as a model to tell your stories, you are very independent and you know immediately what you want. But some angles suffer and getting the final shot isn't as easy as it is when you are taking photos of others. 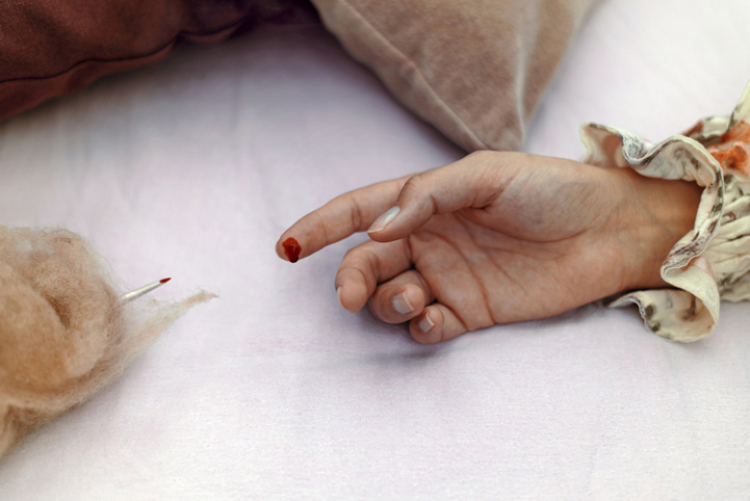 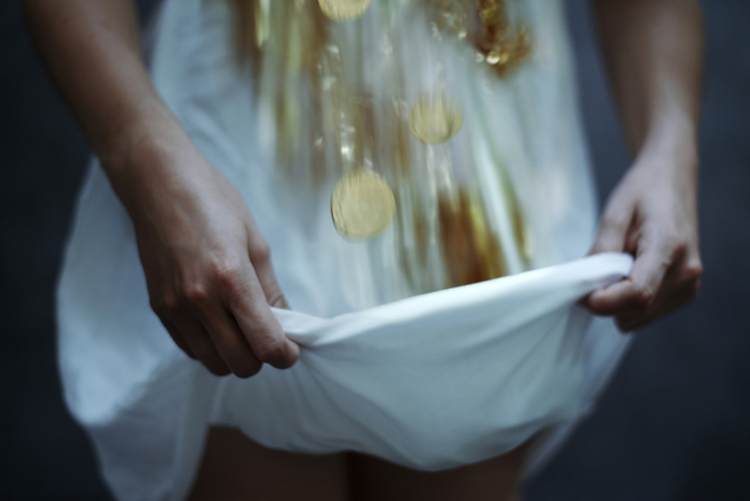 From conceptualizing to post processes, how much planning goes into a shoot?

Most of the time I enjoy having only a vague idea. I love the element of spontaneity being part of the final work. Sometimes it's only a place that I have in mind, sometimes it's a mood, or a certain light. Then I create something around it while shooting—sometimes even while editing. With the Grimm series of course I knew what I wanted in the frame. This series lives from clear planning on the details.

How do you light the photos? Do you use artificial or natural light?

I love natural light. Early morning, foggy light is simply the best. It's soft and not artificial at all. I admire people who shoot in bright sunlight but for me most often I shoot when the light is soft and even.

Do you have a favorite shooting location?

I probably overused it already but there is a wall in the hallway in front of my room in my parent's house. It's grey and has an awesome texture and the glass roof above creates a wonderful light on it. Other than that I will probably never be able to resist foggy landscape. 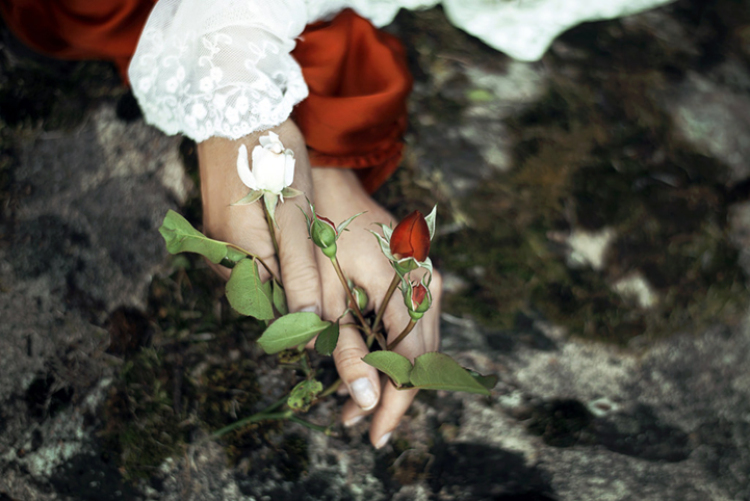 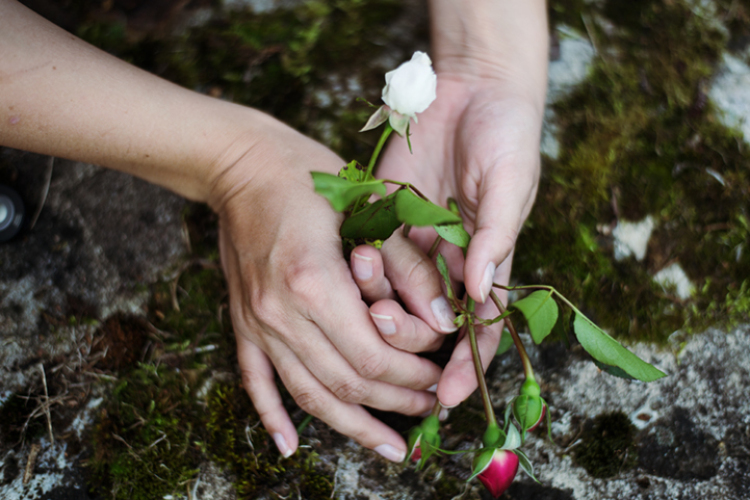 How would you define the style of this series?

Reduction to the minimum. Focusing on key elements.

What challenges have you faced while creating?

Wondering which scenes people would recognize! Plus a lot of things I never thought about before: Where to get a golden ball? Where to get fake-blood? How to bite off an apple “beautifully?” Where to find a wall that looks like an old tower and my model can still lay above it and hang her head down. People passing by definitely thought we were crazy—just as much as when I was taking photos in the forest with pieces of bread laying behind my feet.

What's a must have in your gear bag?

Tripod and remote control. And a lot of old fabrics—does that could as gear? 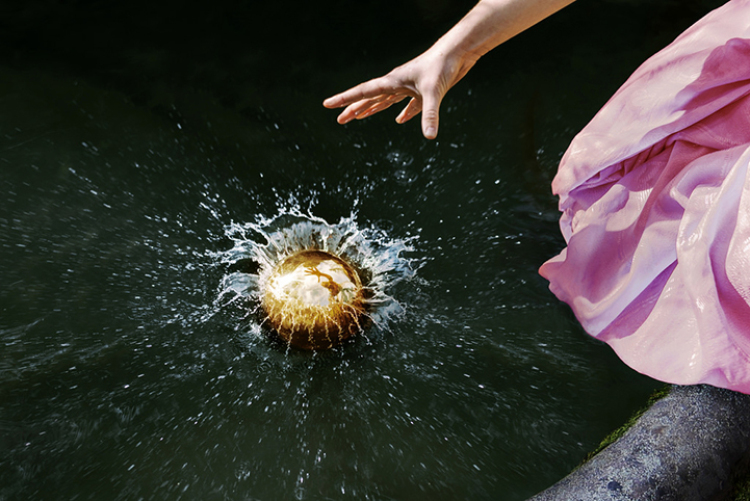 Some years ago it was a lot. Nowadays it gets less and less. Most of the time I only add some contrast and do some color corrections. Though from time to time, I still love to create something in Photoshop that simply wouldn't be possible in real life. It gives me the chance to bring things to life that otherwise would only live in my imagination.

What are your plans for the future? Do you have any upcoming projects?

My main future plan hasn't changed in a while: finding a way to live on what I love doing while not losing that passion and staying true to myself—which is probably the one thing most artists struggle with, right? My favorite upcoming project is about the beauty of old people. I feel like our society makes us think that beauty is limited to very young people and that wrinkles are the one thing to avoid. But if you look at the faces of old people it's one of the most magical things.

Do you have any advice for aspiring photographers?

Stop doubting so much. Experiment. Be honest and kind—also to those who can not help you with your career. Stay true to yourself. Allow yourself to be vulnerable and real instead of trying to look perfect. 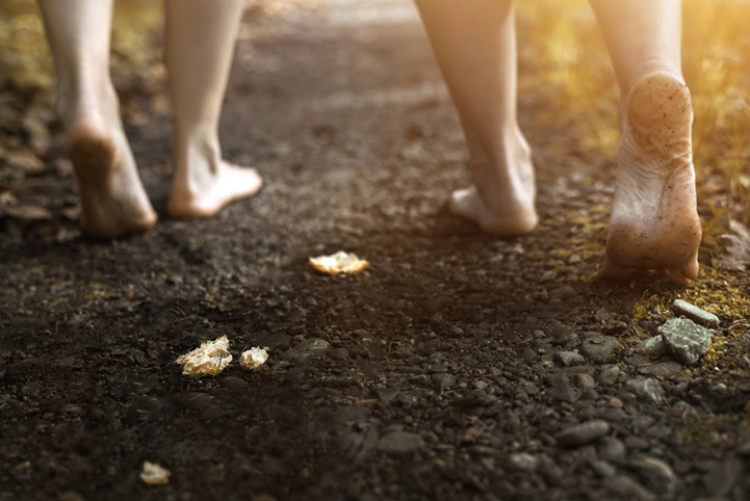 Thank you so much Laura! If you would like to see more of this creative photographer's work, check out her website!

Are you a photographer? Would you like to be interviewed for the Behind The Len series? Leave your links in the comments below!