FallenTree: Half Tree, Half Bench by Benjamin Graindorge

As part of Design Miami, which runs from June 11 to June 16, young French designer Benjamin Graindorge, as represented by Ymer&Malta gallery, will present works like FallenTree, a striking piece of furniture that's half tree, half bench. Made of oak wood and glass, the limited edition piece asks the viewer to remember where that bench once came from.

It's best described by the designer himself, “Wood is a living material, the industrial tool I use as a designer has rationalized it, and it has become an effective material. The FallenTree bench is intended to reveal the wood's DNA, to express its deepest nature by attempting to highlight the living fiber it is made of, I want to expose and bring it to life to reveal its primal identity: strong, indomitable and above all magnificent.” 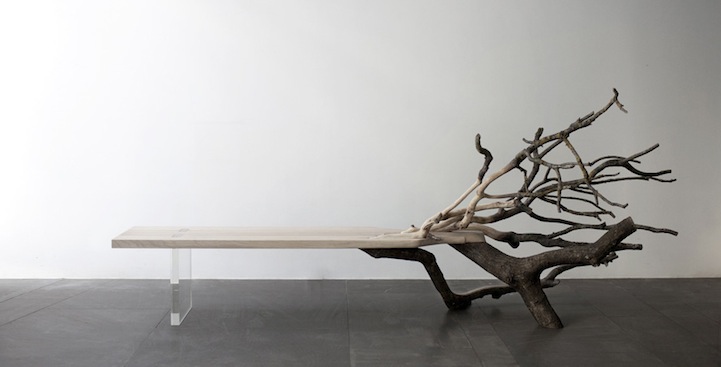 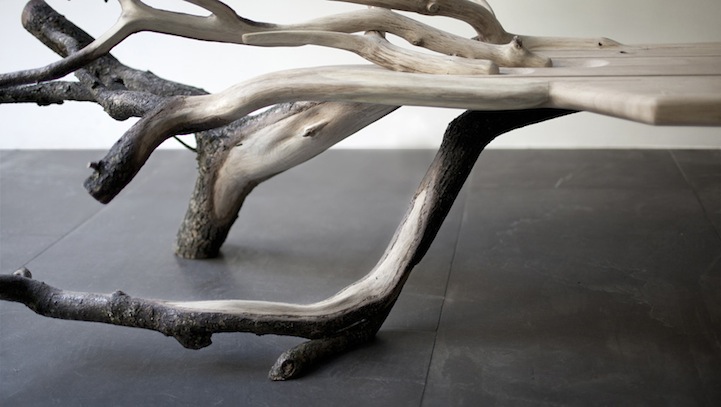 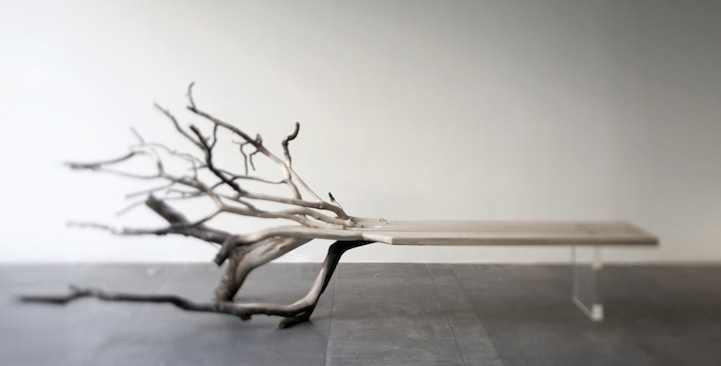