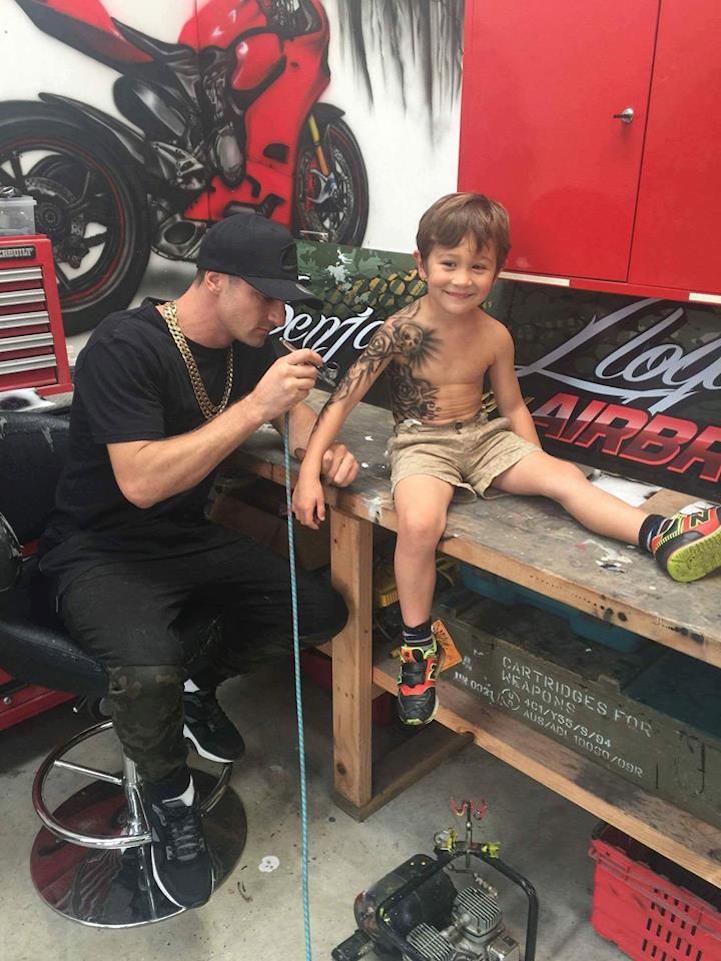 A great tattoo—even a temporary one—can improve your self-confidence and encourage you to see your body in a whole new light. For kids, especially those suffering from severe illness, this type of non-permanent body art gives them a much-needed self-esteem boost. New Zealand-based artist Benjamin Lloyd is helping to facilitate their positive outlook by airbrushing intricate custom tattoos on their arms and torsos.

Lloyd has been an airbrush artist for 10 years and only recently started inking temporary tattoos. He began painting on adults and then on kids, who were elated by his handiwork. “It's just amazing watching their confidence and their ego boost up,” Lloyd told Mashable. “The only bad thing is that they don't want to take a shower afterwards.” Each piece is designed with the young client’s input and takes around nine minutes to complete. Lloyd uses traditional tattoo imagery like roses, skulls, and waves as they sprawl across the skin and look exactly like the real thing.

Since posting his body art on Facebook, Lloyd's compassionate gesture has received a bevy of positive comments and interest. He plans on providing tattoos to patients at Auckland's Starship Children's Hospital very soon. 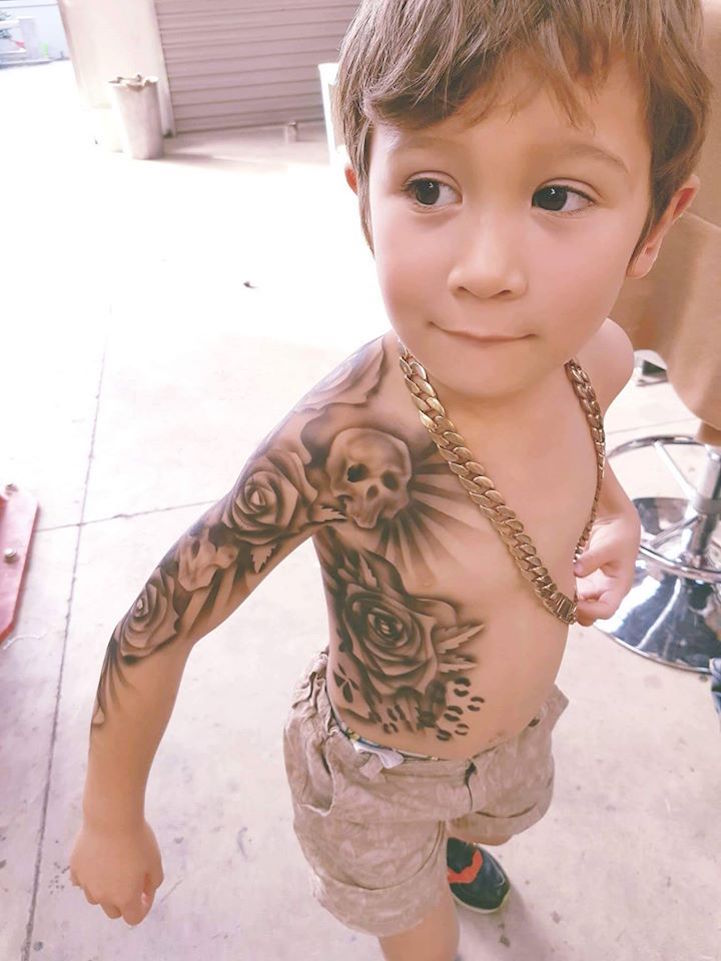 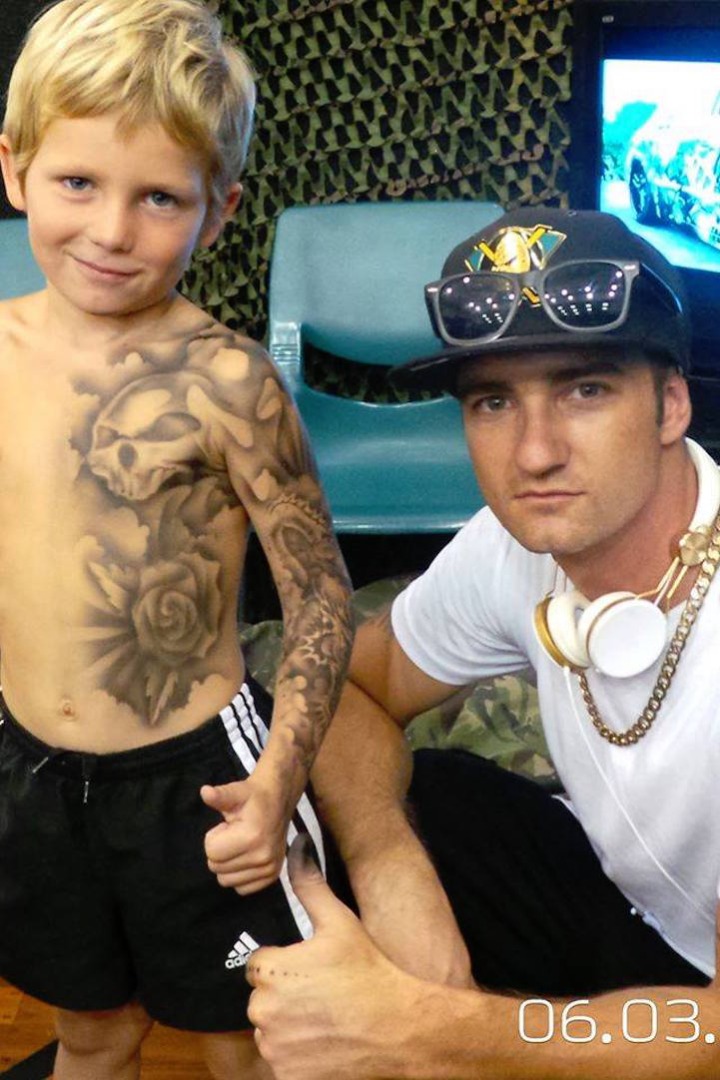 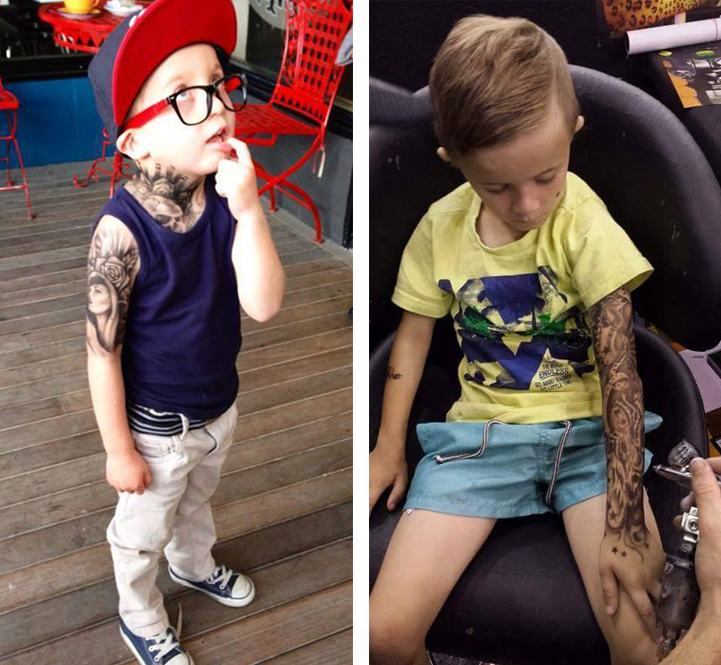 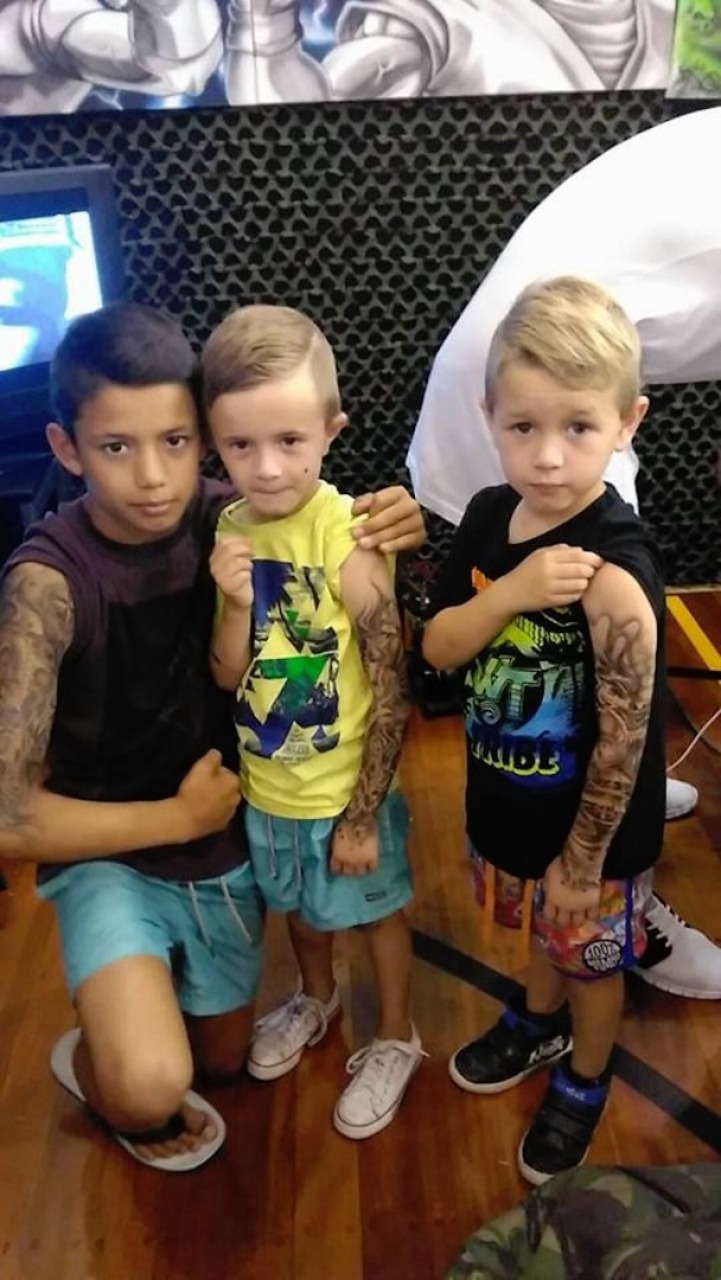 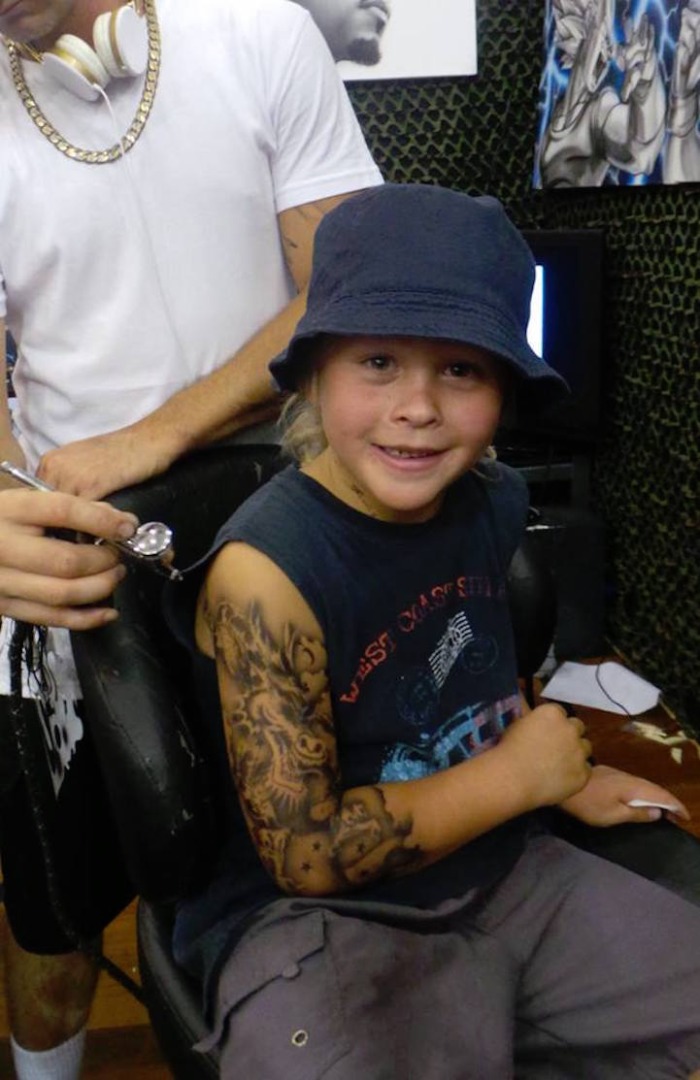 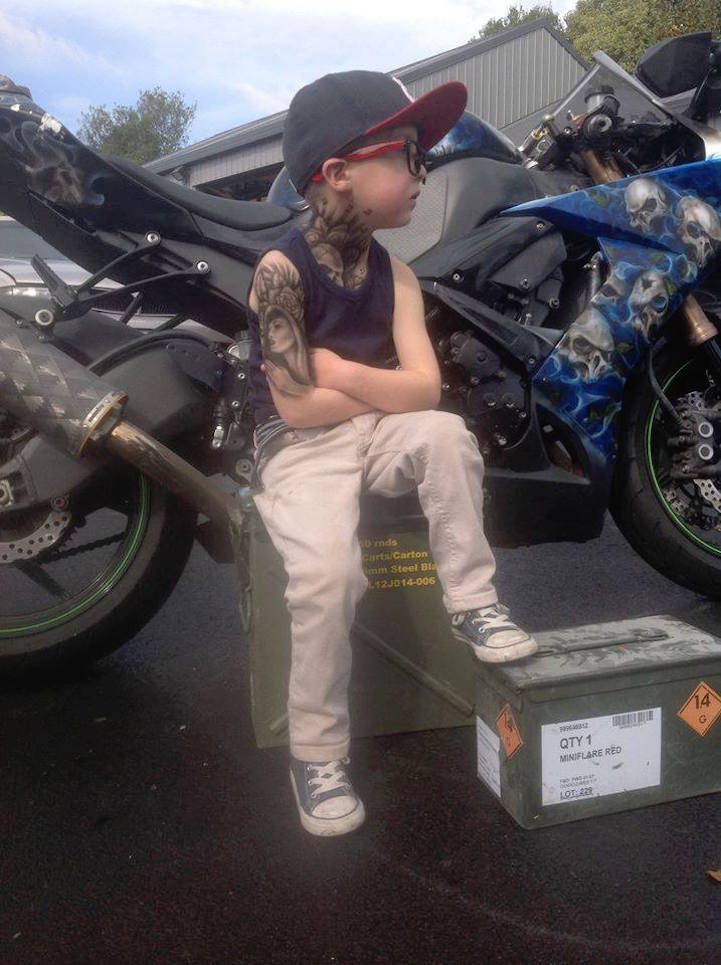 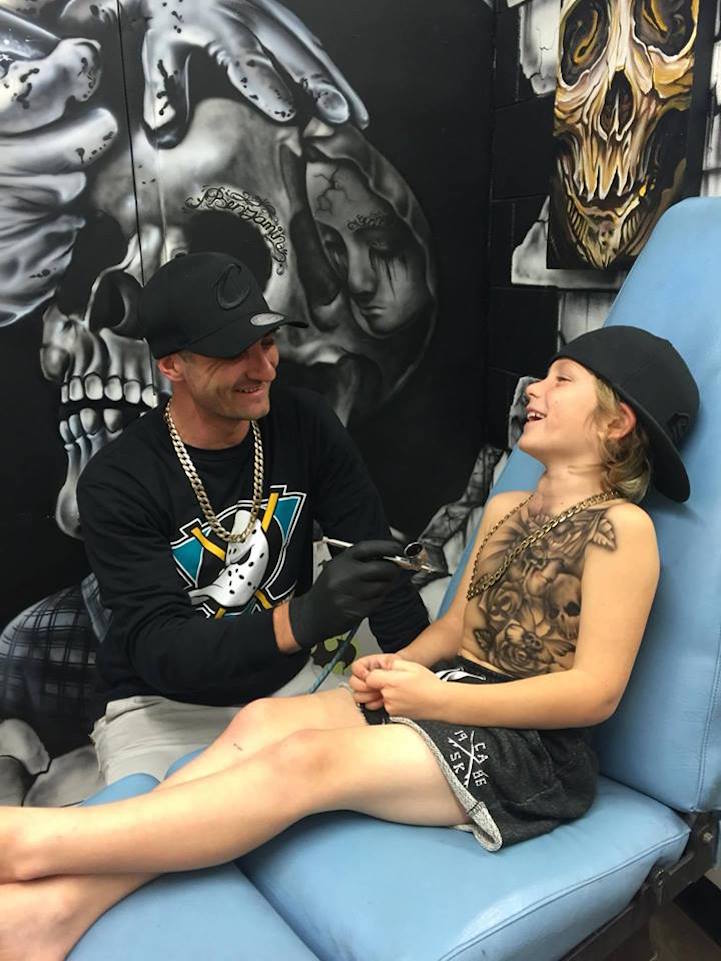 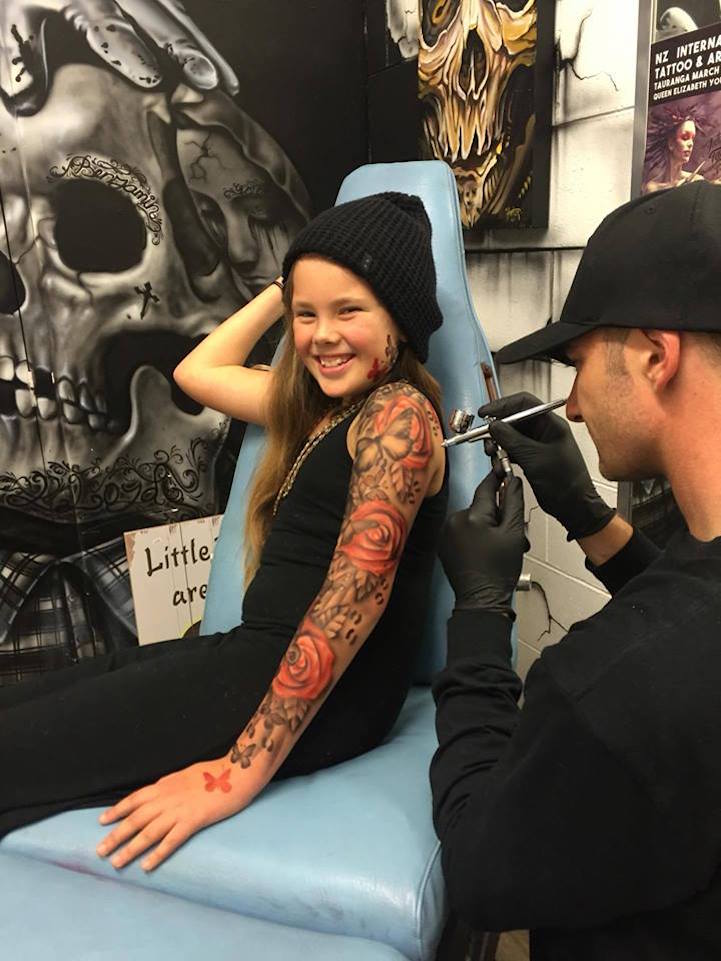